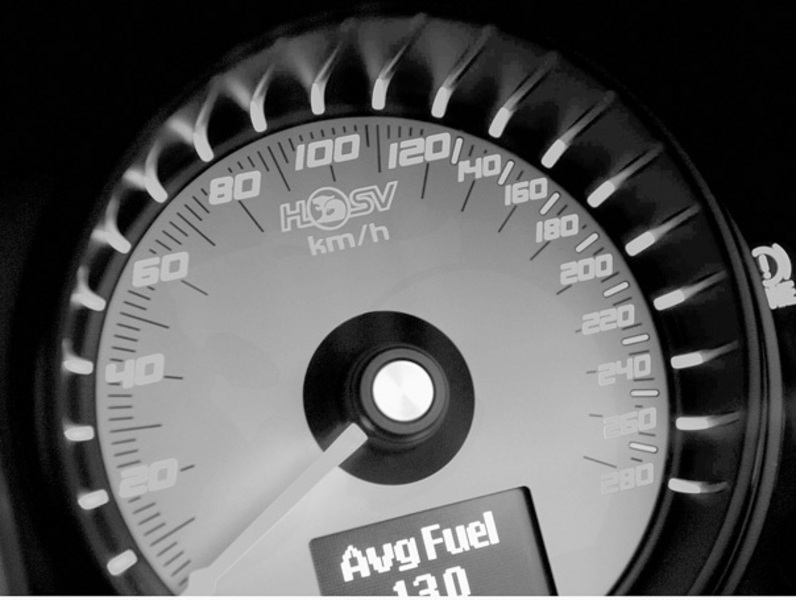 The fuel economy of all new cars is rated, and buyers will find an ADR sticker on new cars indicating its average fuel consumption. The smaller the figure the lower the consumption and the cheaper to run... in theory. If you are like the majority of new car buyers, you will take the industry figures with a grain of salt. Most have been achieved by a computer and tend to be on the low side. It was with this in mind that a number of motoring journalists recently set off from Sydney, bound for the Gold Coast in the annual fuel economy drive hosted by Holden. Now, for a motoring journalist to drive with economy as the primary consideration is rare in itself, as to explore a vehicle's capacity, ride and handling normally means pushing it to its limits, at the expense of economy. With Holden in the spotlight with the release of the VE Commodore and fuel prices spiralling, this was an opportunity for Holden to demonstrate that their cars can return exceptionally good fuel economy. Now take a V8 Commodore SS V8 and say 'fuel economy' in the same breath and you will normally be laughed at.

Well Holden's engineers had been out on the road in a full cross section of VEs and it was our task to drive several legs between Sydney and Coffs Harbour, and then on to Surfers over two days, pitting our skills against the target figures that the engineering team achieved. Each leg had a target average fuel consumption figure and a completion time to reach the destination, to stop drivers crawling along to achieve better consumption! The aim was that each car would be driven in real world circumstances to challenge the official fuel figures. Now, just to make it even more interesting, the Holden engineers actually set consumption levels considerably less than the figure you will find on windscreen stickers. For instance could a V8 VE Commodore cover 100 kilometres using less than 10 litres of fuel, when the official figures were more than 14 litres? On the first leg, I drove a VE SSV manual and the target consumption figure was a lowly 8.7L/100km. Pushing through suburban Sydney, copping red lights and then pushing north on the highway on to Raymond Terrace was not a great menu for fuel efficiency, but by journey's end I was pleasantly surprised to have achieved 8.9L/100kms and had also been pretty close to the target time.

This year, HSV joined the economy run and it was certainly disappointing to be feathering this V8 beauty along at ridiculously low speeds! The HSV GTS finished in 'Redhot' exterior with an aggressive body kit looked every bit a winner, but I, like most other drivers, failed to get the beast to a sub-10 litre/100km target. The best I could achieve being 10.8L/100km. And so the economy drive went on with various drivers scoring some outstanding economy figures from the new VEs. We tackled all sorts of roads and terrain and the message is that considerable fuel savings can be achieved - even by lead-footed motoring journalists- with a little concentration and with minimum change to driving style. In the case of the new VE Commodore, we comprehensively proved that in normal driving conditions it is possible to easily use less fuel than that indicated by the ADR sticker.