Australia's legendary sports car maker, Elfin, kicked off its golden anniversary celebrations this year by unveiling a limited edition model - including a one-off supercharged bitumen burner for the track - at the 2007 Melbourne International Motor Show.

Elfin Sports Cars will build just five of the 50th Anniversary collector's cars, each equipped with special features and painted in a unique colour called 'Cooper Gold' - named in honour of Australian racing driver Garrie Cooper who laid the foundations for Elfin back in 1957. One of the specially handcrafted 50th Anniversary Streamliners was equipped with an optional supercharger fitted by Elfin's new sister company, Walkinshaw Performance, lifting the already scintillating performance to new levels. Power from the 5.7-litre Gen III V8 is expected to be boosted to at least 350kW at 5600rpm, with peak torque of about 660Nm at 4400rpm. The V8 Elfin is already classed as one of the fastest accelerating road cars in the world, the special show car having the capacity of reaching 100kmh in the 3 second bracket, and shares the same power to weight ratio as a V8 Supercar. 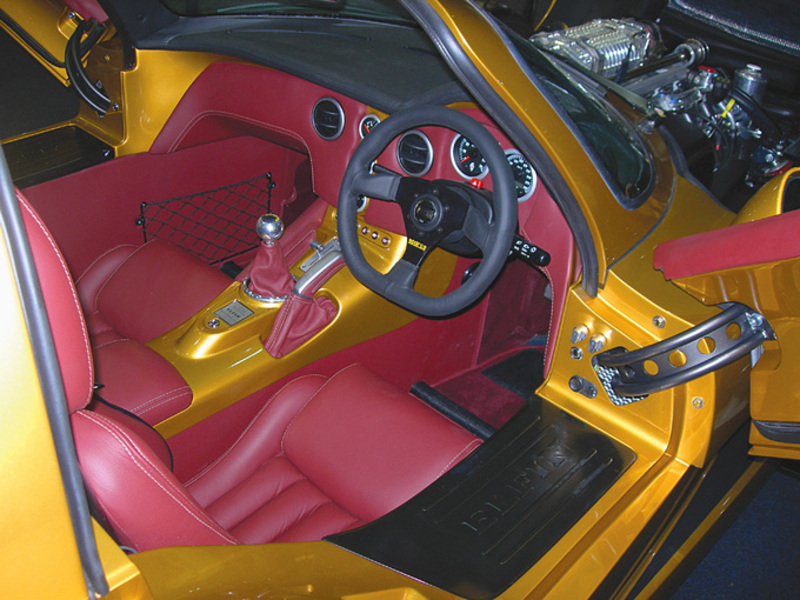