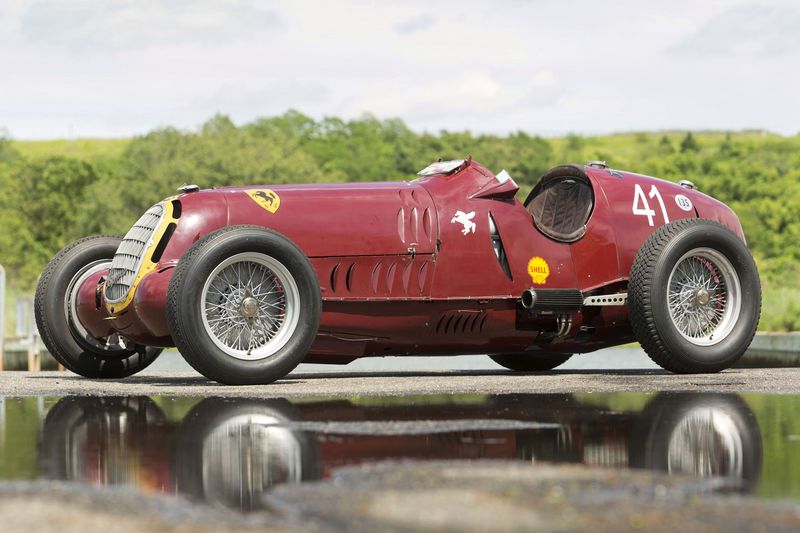 Following the record-setting sale of an ex-Fangio Mercedes-Benz Formula 1 car in July, Bonhams are no doubt hoping some of that same magic applies to an ex-Tazio Nuvolari racer that's set to be auctioned this September.

While the Nuvolari connection isn't conclusively proven for every race this car competed in, it's formerly from the Scuderia Ferrari (Alfa's proxy factory racing team run by Enzo Ferrari) during the period when Nuvolari drove for them, although

The 8C-35 to be auctioned was built in 1935 as the Italian challenge to the increasingly dominant Mercedes-Benz and Auto Union cars, and featured a supercharged straight-8 cylinder engine producing 330 horsepower.

Following the Italian Grand Prix, this car also competed in Modena, Tunis, Brno, Monaco and the Nurburgring, amongst other events, both grands prix and other non-championship events. Its best result was in the 1936 Coppa Ciano, where Nuvolari won against Auto Union opposition.

Later in 1936, the car was sold to a Swiss privateer, Hans Ruesch, who campaigned it in hillclimbs and circuit events, including co-driving it with Dick Seaman (who would later join the Mercedes-Benz F1 team) to victory at the same year's Donington Grand Prix.

After World War II, the car passed through a succession of different owners in short order, before being passed on to one who held on to it until 1987. It was then sold at auction through Bonhams in Monaco, where it made US$2.85 million. Restored, the car has since been used in a number of classic and historic racing events.