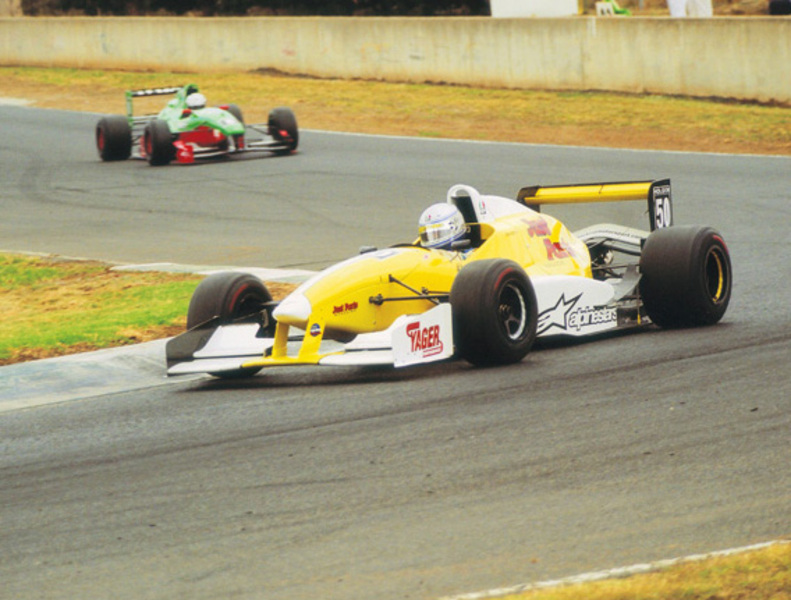 2005 championship runner-up Ty Hanger (#48 Pluim Interiors Reynard ) is looking to go one better in 2006 and began his championship chase in appropriate fashion by setting the fastest lap in Saturday's qualifying session, with a time of 56.3547s to take provisional pole position by almost half a second from Derek Pingel (#8 WISC Racing Reynard ). Sam Dale (#12 Mumbo Racing Reynard) and Les Crampton (#74 Hocking Motorsport Reynard) went on to register their best ever F4000 qualifying performances in 2nd and 3rd place respectively, while our own Mark West (#50 Just Magazines) qualified a disappointing 4th after encouraging speed in practice exchanging fastest times with Ty Hanger. West's session ended after two laps (without posting a competitive time) when his car bottomed out over the hump on the Bob Jane T-Marts hill exiting Turn 3 and lost traction, sending the Just Parts driver careering into the concrete wall on the outside of the track. The Just Parts sponsored car sustained minor damage to the front, but robbed West from grabbing the elusive pole position.

When the green flag waved, Pingel made the most of the rolling start by maintaining the lead on the run down to Turn 1, with a fast-starting West overtaking Crampton and Dale for 2nd, Hanger slotting into 4th behind Dale. Crampton copped the worst of the jostling, dropping back to fifth. The first four cars all battled in close proximity, with Hanger pressuring Dale for 3rd and succeeding on lap 2 to take 3rd place. The Gosford driver, who was starting from the back of the grid (a slight team oops with tyre allocation in qualifying), was chasing West for 2nd position and got by on lap 4 to set out after Pingel. Pingel's low drag wing settings made the WISC Racing Reynard quick on the expansive Calder straights but slow out of corners. This allowed Hanger and West to climb onto the rear of the Queenslander, with Pingel using some "very defensive" driving through the tight and twisty parts of the circuit.

The ongoing scrap between the top three livened up again on Lap 6 when West managed to repass Hanger and set out after Pingel. West tried countless times from all angles to pass Pingel but was unable to pull off the move. Hanger later reclaimed second position from West on Lap 10. The top three battled hard en route to the finish with both Hanger and West having numerous lunges up the inside/outside of Pingel's car during their respective stints in 2nd position. Dale dropped off the tail of the leading trio but was safe in 4th place ahead of Les Crampton who was recovering from an early spin & holding onto fifth. Out in front, however, Pingel was too strong and took the chequered flag from Hanger with the Just Magazines entry of Mark West in third. In one of the closest ever F4000 finishes, 0.771s separated the first three drivers.

Pingel and Hanger made great starts, with both drivers side by side on the run down to the first corner with Pingel holding onto first position. Behind the leading two, Les Crampton made a flying start to leap into 3rd ahead of West and Dale, which would set up an entertaining dice throughout the opening lap between the two identically-liveried Hocking Motorsport cars. West soon whisked past in hot pursuit of Pingel and Hanger, who had already pulled a sizeable gap. The Just Magazines entry struggled as West snapped the gear lever clean off whilst pulling third gear off the start line. Despite this, West continued on, shifting via a half inch stump, and drove a steady race to hold off a charging Sam Dale.

Hanger retired after dropping a valve spring that resulted in terminal engine failure. The Hanger engine now heads to Yager Performance for a fix and more ponies before round 2 at Wakefield Park on April 21-22 . Sam Dale's Mumbo Racing team-mate Matthew Fox soldiered on at a reduced pace with a slipping clutch throughout most of the weekend. Fox put in a solid performance and improved rapidly in what was only his second F4000 drive. Out front, Pingel capped off a brilliant start to the championship by greeting the chequered flag in first ahead of Mark West (Just Magazines) and Sam Dale. 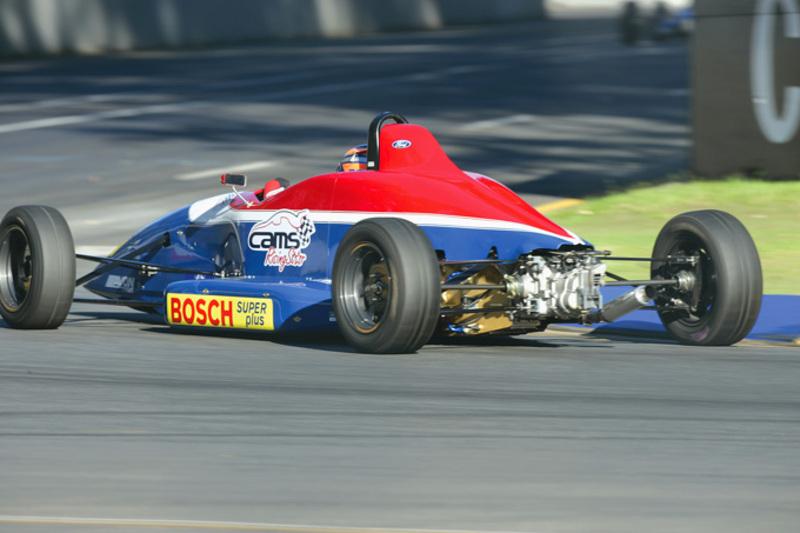 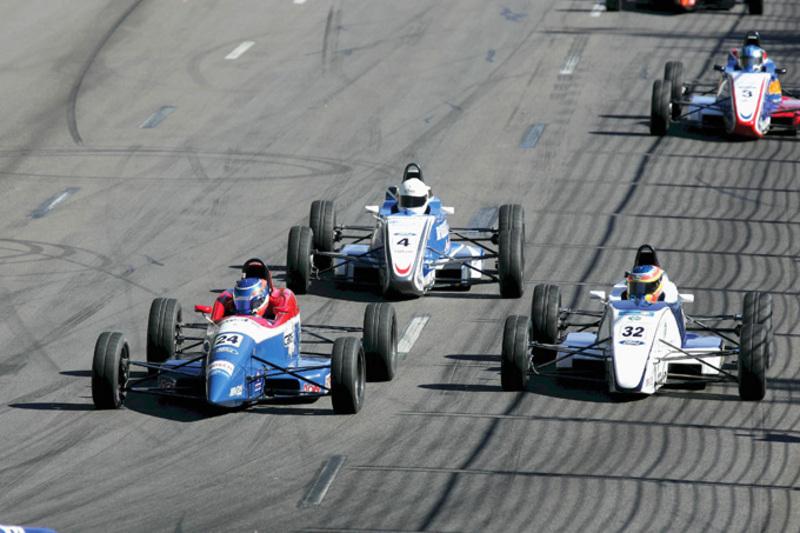 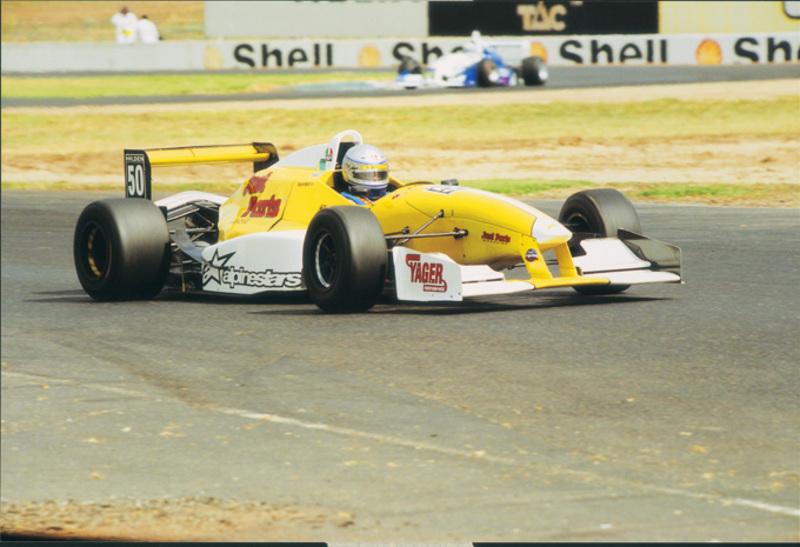