Fast and Furious Supra auctioned for US$550,000

Fast and Furious Supra auctioned for US$550,000

Barrett-Jackson sold a piece of new millennium movie history at their Las Vegas auction this past June in the form of a 1994 Toyota Supra used in ‘The Fast and the Furious’.

One of the star cars from the first movie in the “Fast Saga”, this A80 (MkIV) Supra also appeared in the sequel, 2 Fast 2 Furious. 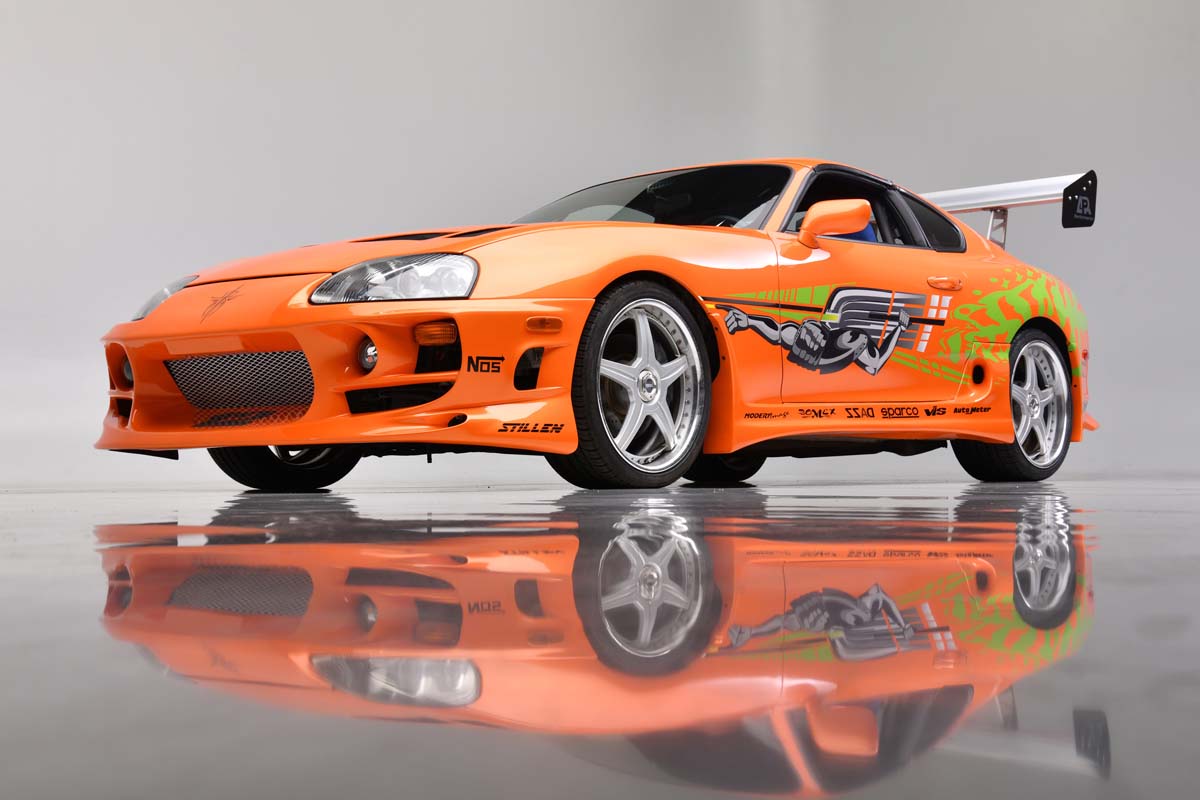 In 2001’s The Fast and the Furious, this Supra was one of eight used, according to Fast car expert, Craig Lieberman, who served as a consultant and supplied the Supra that was repainted and modified for use as the hero car in the first movie.

The Barrett-Jackson auction car was identified by Lieberman as ‘Stunt Car #1’. As it was used for multiple interior and exterior shots, including scenes where it was driven by Brian O’Conner (Paul Walker), it was finished to a high standard inside and out, unlike the other stunt cars. 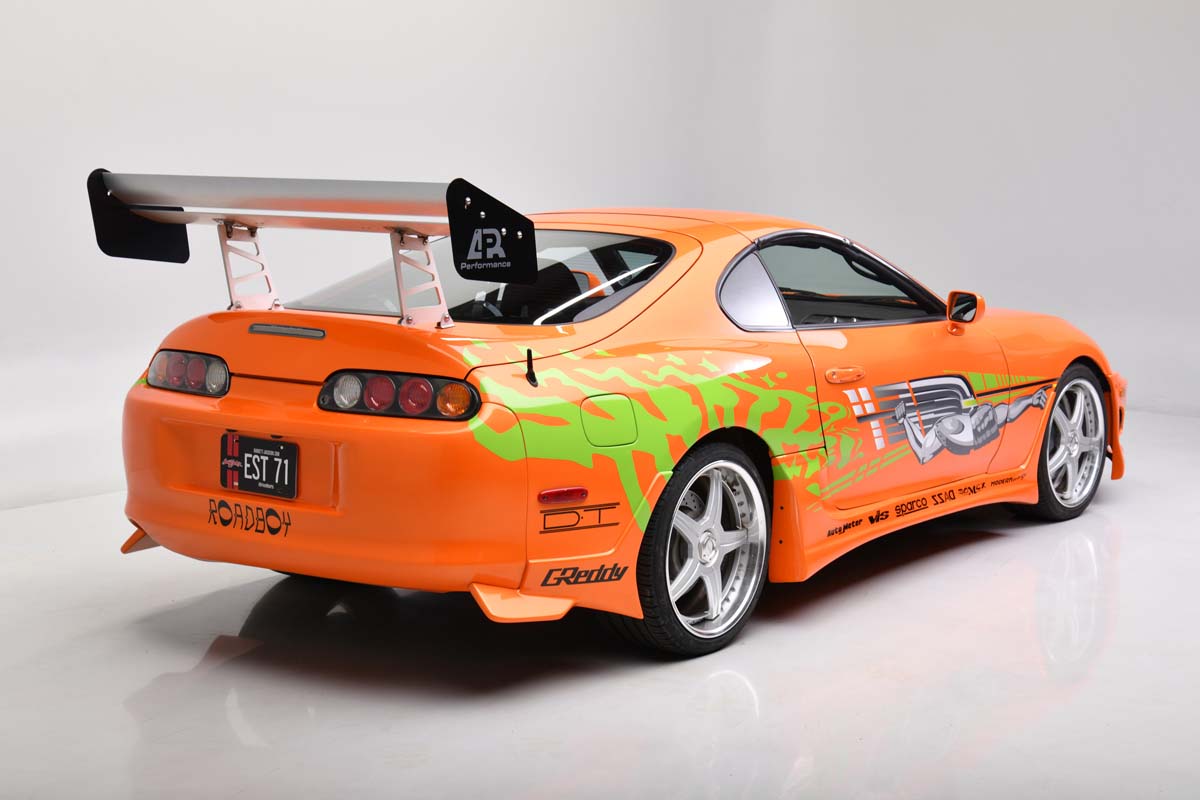 According to Lieberman, Stunt Car #1 was a black, twin turbo 3.0-litre automatic Supra with a targa top that was sourced from Arizona and cost the production team US$24,000 – the most expensive of five Supras that were actually purchased for the movie. Of the other three, two were rented (including Lieberrman’s) and one was free.

Eddie Paul, from The Shark Shop in El Segundo, California, modified Stunt Car #1 for use in The Fast and the Furious, incorporating features like a Bomex front spoiler and side skirts, underbody lighting, TRD ventilated bonnet, APR rear wing and 19-inch Dazz/Racing Hart M5 Tuner 19-inch wheels. Inside, the black leather trim was enhanced with blue suede inserts, with other interior touches added to match the appearance of the hero car. 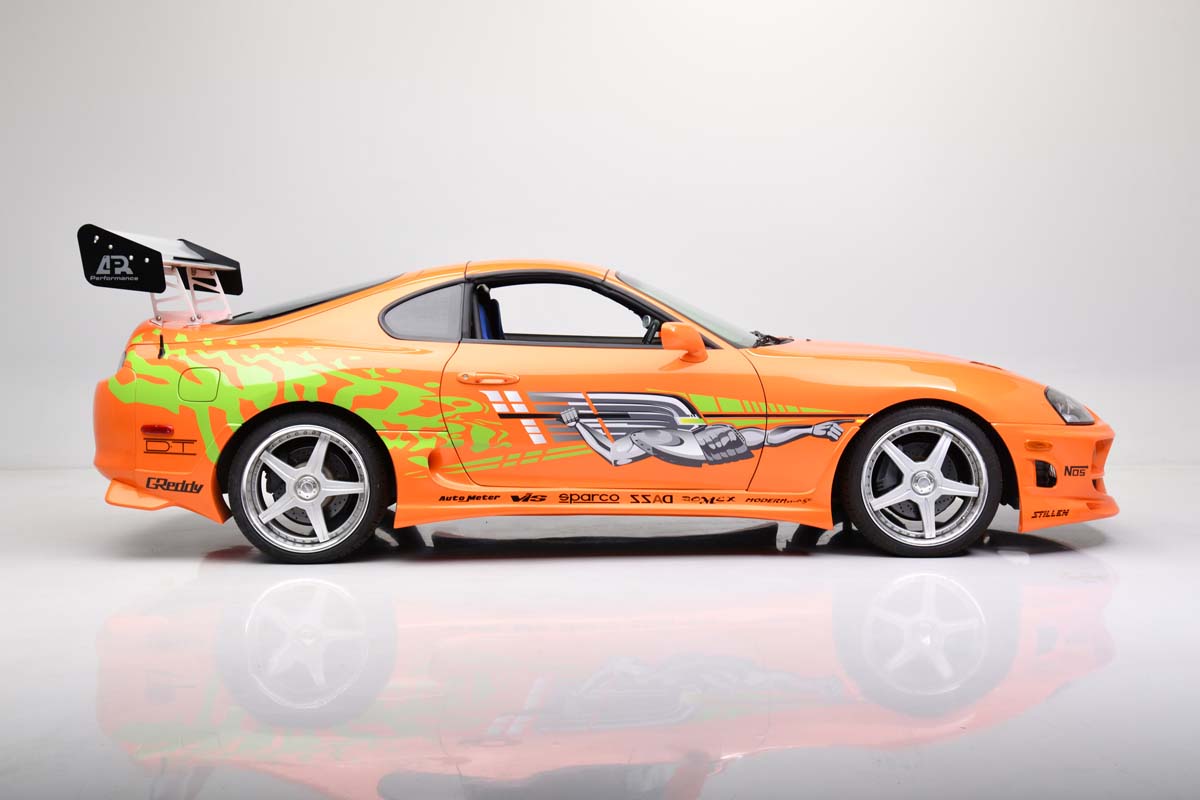 Following completion of The Fast and The Furious, the auction Supra was one of several cars that were re-used for the 2003 sequel, 2 Fast 2 Furious.

To appear as the car driven by “Slap Jack”, the surviving Supras had all new bodykits fitted, a clear panel on the TRD bonnet to see the engine (one real, the rest faked using decals), new wheels, a respray in gold and all-new graphics. Some cars got all-new interiors, too.

For 2 Fast 2 Furious, Lieberman says Stunt Car #1 became car #22 and was a 2nd Unit vehicle, meaning it was used by the stunt team in scenes not featuring any of the main actors.

Under the bonnet, upgrades and additions made to some of the Supras for 2 Fast 2 Furious (but not fitted to this car) supposedly included a GReddy turbo and intercooler, Power Extreme exhaust and Nitrous Express nitrous oxide system. 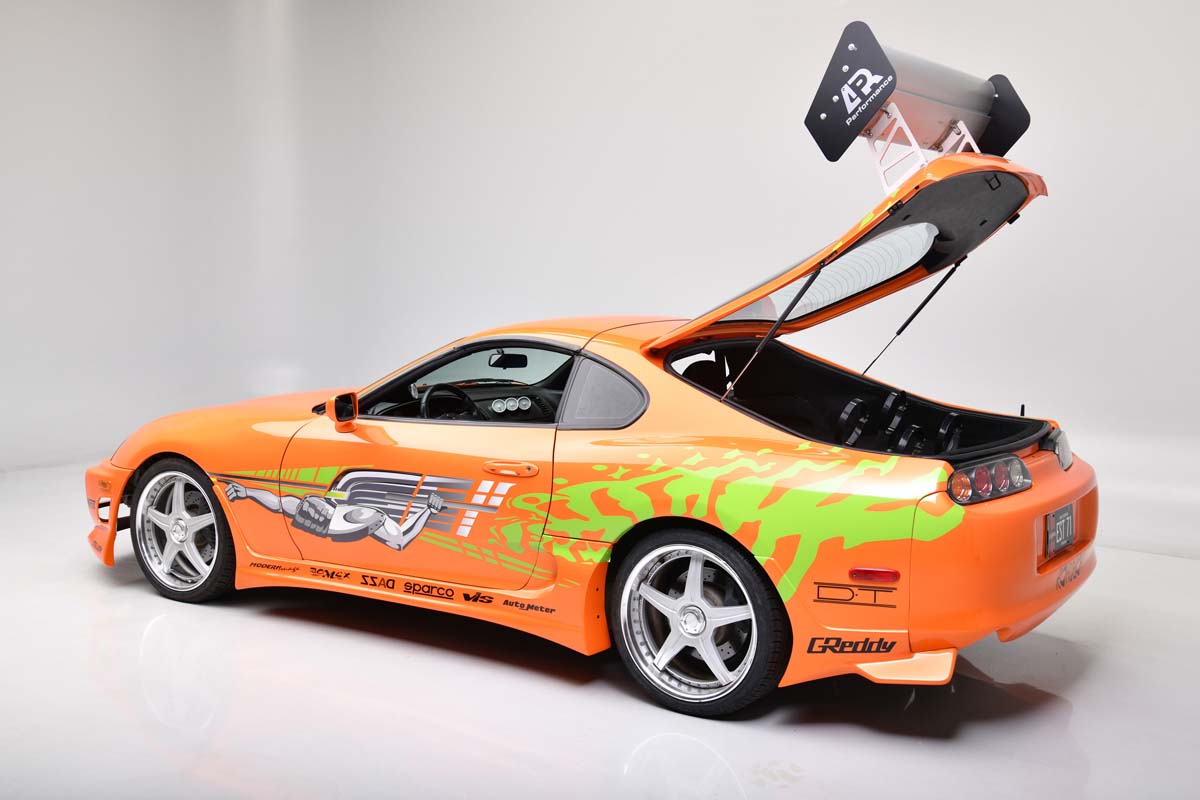 According to Lieberman, the auction car also made a cameo appearance in 2006’s The Fast and the Furious: Tokyo Drift. Sometime after that, it was sold to a private owner and later restored to its appearance from the first movie, including the Bomex bodykit, rear wing, paint, graphics and interior. Lieberman says there are some minor differences from the hero Supra seen in The Fast and the Furious, especially in the interior, but the car is very authentic to the original in most areas. 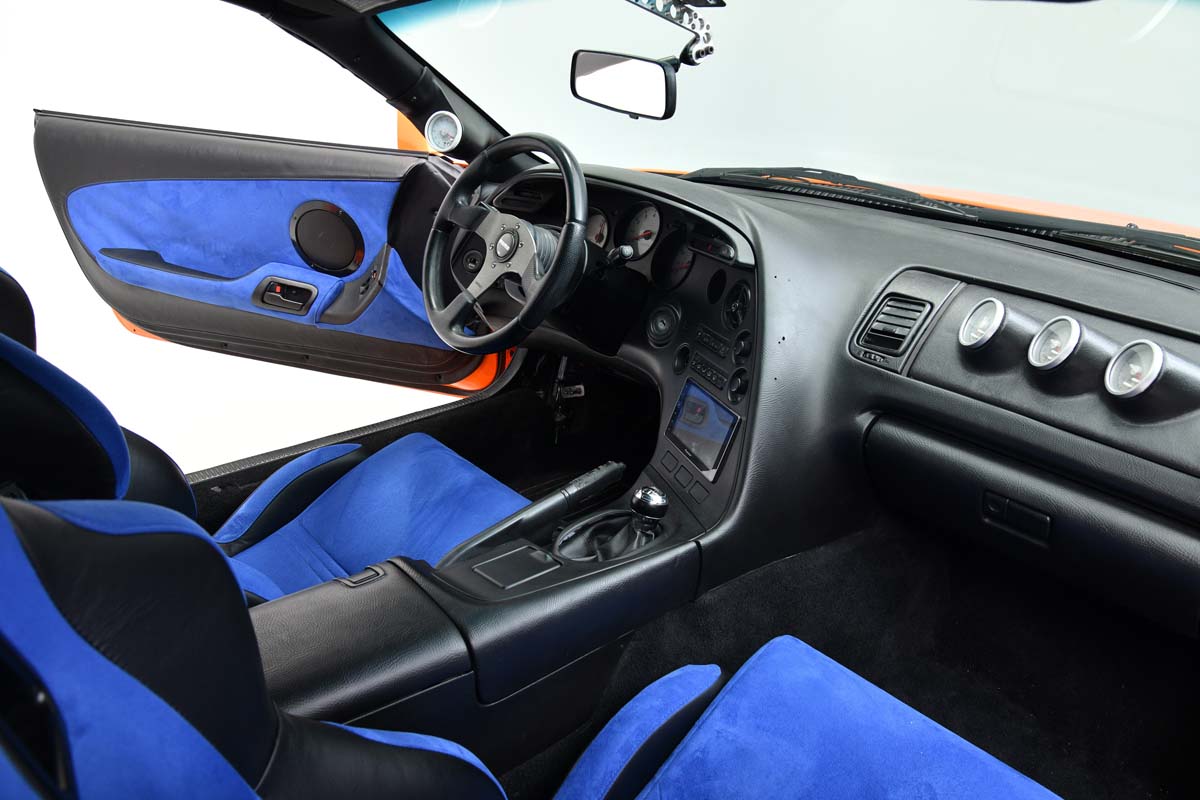 In 2015, another of the stunt cars used in the first two Fast movies and restored to its appearance from the original went to auction with Mecum. A sale price of US$185,000 back then gave a benchmark of what Stunt Car #1 could sell for at the Barrett-Jackson auction, but that car, a naturally-aspirated manual, didn’t have the provenance of this one and had not been driven by Walker in any scene. 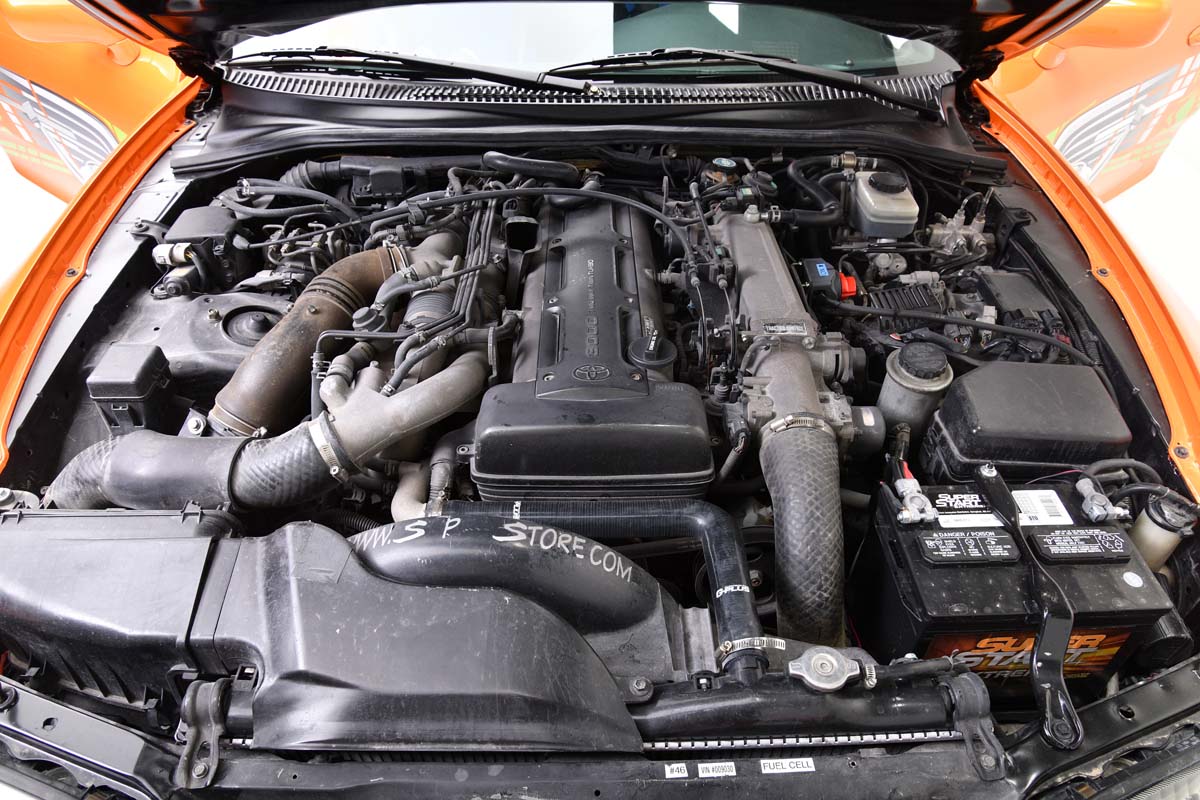 Along with the Walker connection, a potential impact on the price of this Supra was the fact it was being offered with no reserve, so while it could sell for much more than US$185K, it could also sell for less.

For the Barrett-Jackson auction, extensive documentation confirming the car’s provenance, including a Certificate of Authenticity, were supplied with the sale.

“There’s a short list of vehicles that have made movie history, like the Toyota Supra from ‘The Fast and the Furious’ franchise,” said Craig Jackson, chairman and CEO of Barrett-Jackson, ahead of the Las Vegas auction. “This Supra became a movie character that generations of enthusiasts have come to love.” 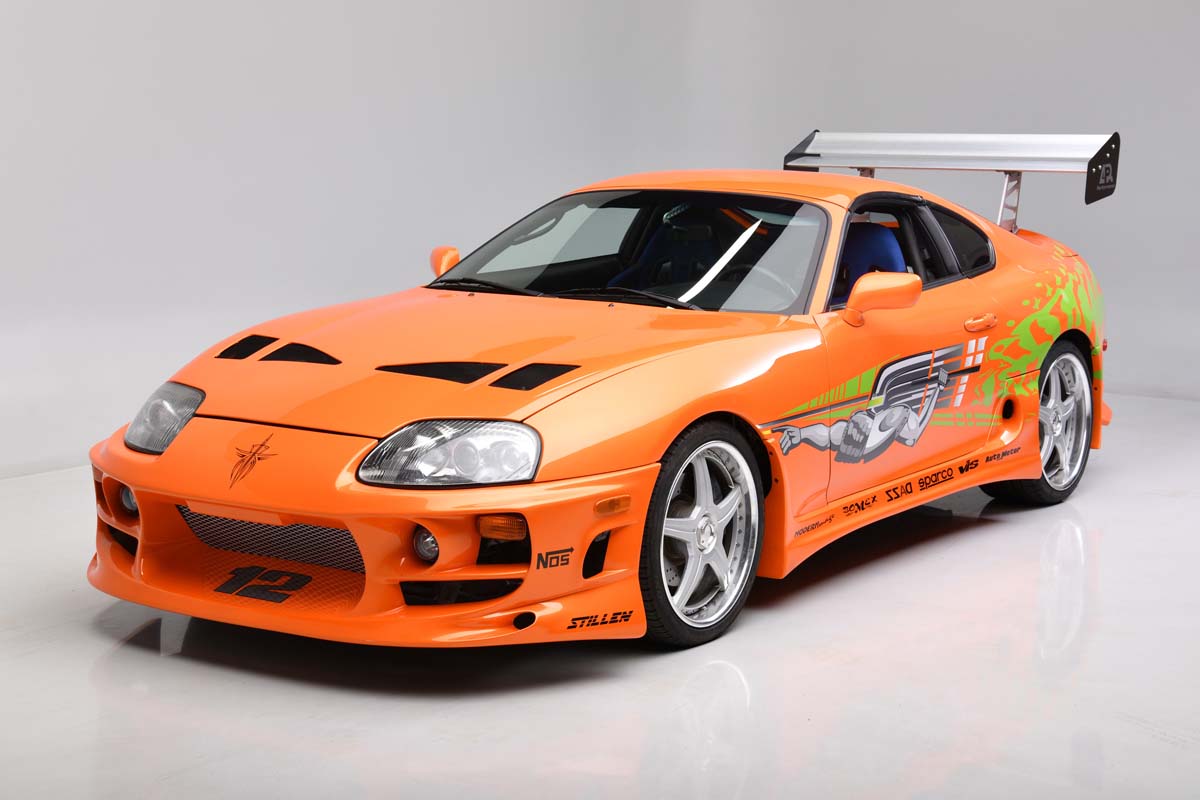 For more details from this auction, go to: barrett-jackson.com