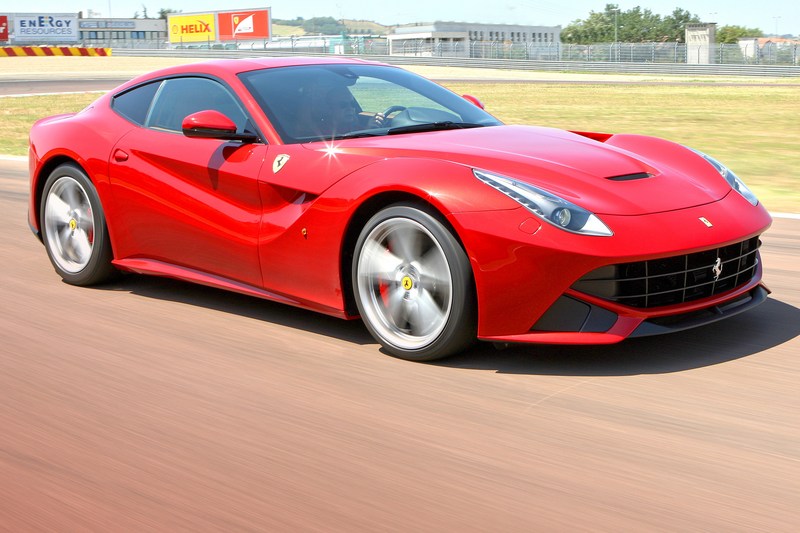 Special launches for the F12berlinetta were held in Sydney, Melbourne and Perth over the past five weeks. Ferrari announced (at the Ferrari Maserati Sydney launch) that the Australian price for the F12berlinetta will be $691,100 (excluding statutory charges, dealer costs and delivery), while in New Zealand, the price will be $693,100 excluding ORCs. The first cars will arrive in the middle of 2013.

Described as the most powerful high-performance Ferrari road car ever, the F12berlinetta is powered by a 6262cc 65 V12 engine with a maximum power output of 740 CV, which translates to a specific output of 118 CV/l. Torque reaches a peak of 690 Nm, 80 per cent of which is already available at just 2,500 rpm, and which provides acceleration all the way to the 8,500 rpm limit.

The engine is mated to the F1 dual-clutch transmission, which has closer gear ratios developed specifically for this car's performance. Weight-to-power ratio of just 2.1 kg/CV. Fuel consumption has been reduced by 16%, with CO2 emissions of just 350 g/km - figures which put the F12berlinetta at the top of the high-performance league.

Braking is via Ferrari's latest generation carbon-ceramic discs (CCM3), while the magnetorheological suspension control system (SCM-E) has also been evolved on the new model. As is now traditional with all Ferraris, its control systems (E-Diff, ESP Premium, F1-Trac, and high-performance ABS) are all fully integrated.

The wheelbase has been shortened and the engine, dashboard and seats have been lowered in the chassis, while the new layout of the rear suspension and transaxle layout enabled Ferrari's engineers to shorten the rear overhang. The overall result is a more compact car with a lower centre of gravity.

The F12berlinetta's all-new spaceframe chassis and bodyshell uses 12 different kinds of alloys, some of which have been used for the first time in the automotive sector, resulting in a 20 per cent increase in structural rigidity while reducing weight to just 1525 kg (70 kg less than the previous V12 coupe) with 46/54 weight distribution.

Aerodynamic development of the F12berlinetta has resulted in downforce being boosted by 76 per cent (136 kg at 200 km/h) while drag has been significantly reduced (the Cd is just 0.299). The impressive figure is achieved through the 'Aero Bridge' which uses the bonnet to generate downforce by channelling air away from the upper part of the car, and Active Brake Cooling, a system that opens guide vanes to the brake cooling ducts only at high temperatures.

The design of the F12berlinetta, a collaboration between the Ferrari Styling Centre and Pininfarina, features sleek, aggressive lines. Frau leather and aero-inspired carbon fibre and aluminium air vents are amongst the interior highlights. Cabin space has been optimised, with additional luggage capacity behind the seats, which can also be easily reached thanks to the large tail-gate. 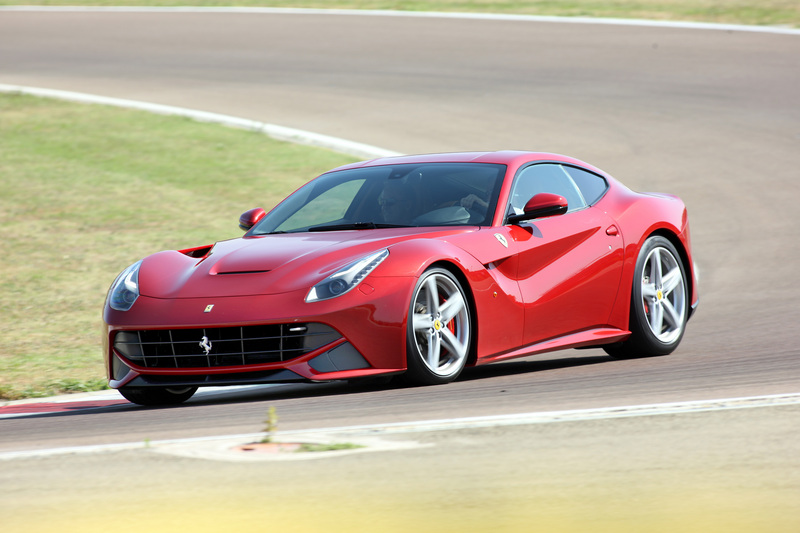