This Aussie-built racer is light in weight, but has a ton of history 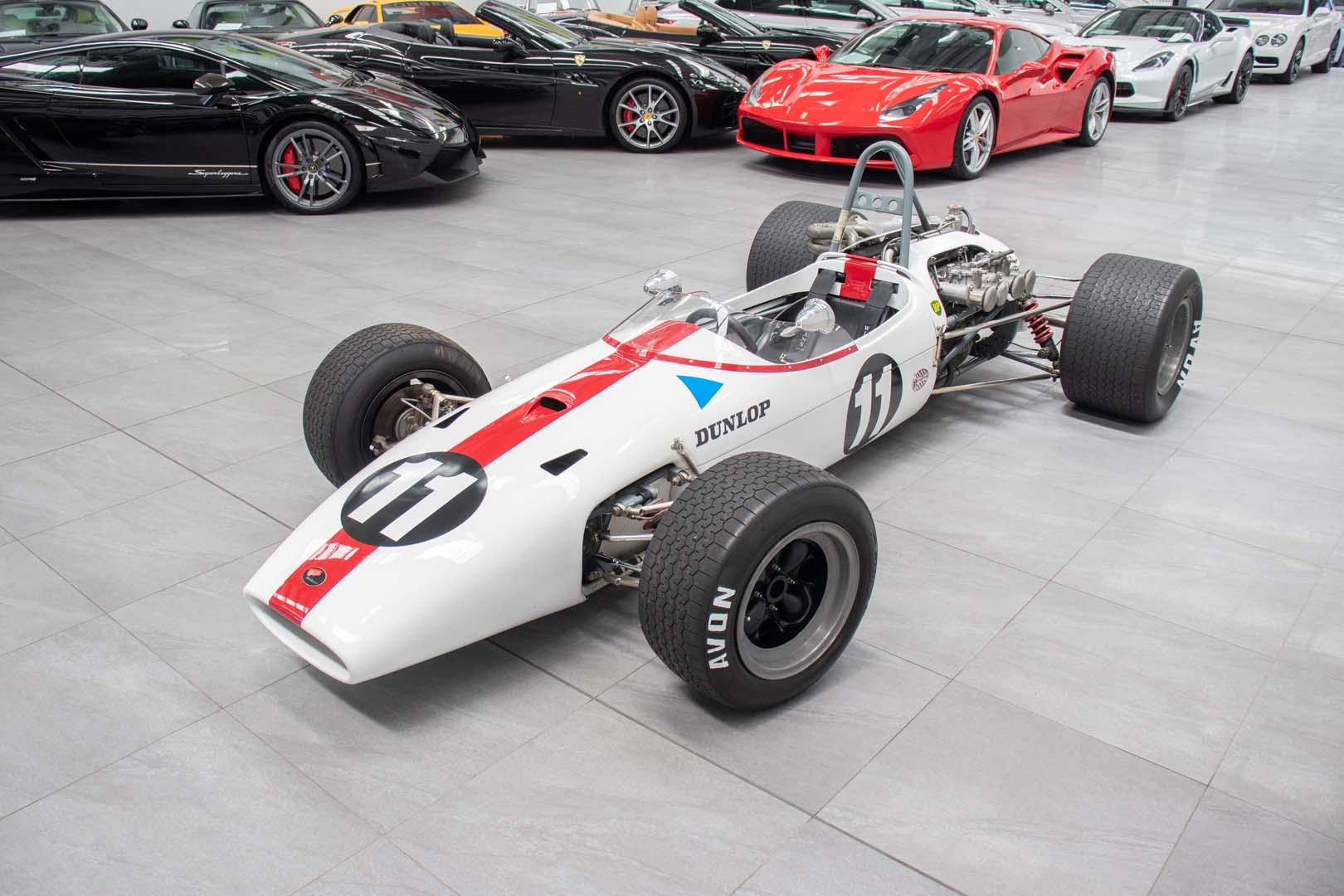 Motor Racing Developments may not be the best-known business in Aussie motorsport, so how about we use its more familiar name – Brabham.

The earliest BT cars (‘BT’ for ‘Brabham Tauranac’) were built for Formula Junior, with Brabham Formula Three and Formula Two cars following. Formula One cars were peppered within this programme, so there’s no straight sequence of all F1 or all F2 cars. For example, the BT7 F1 car was followed by a BT8 for Sports Car racing, the BT9 for F3 and the BT10 for F2.

While Brabham is best known for his own-brand Formula One cars, his Formula Two and Three cars were just as successful through the 1960s, if not moreso. 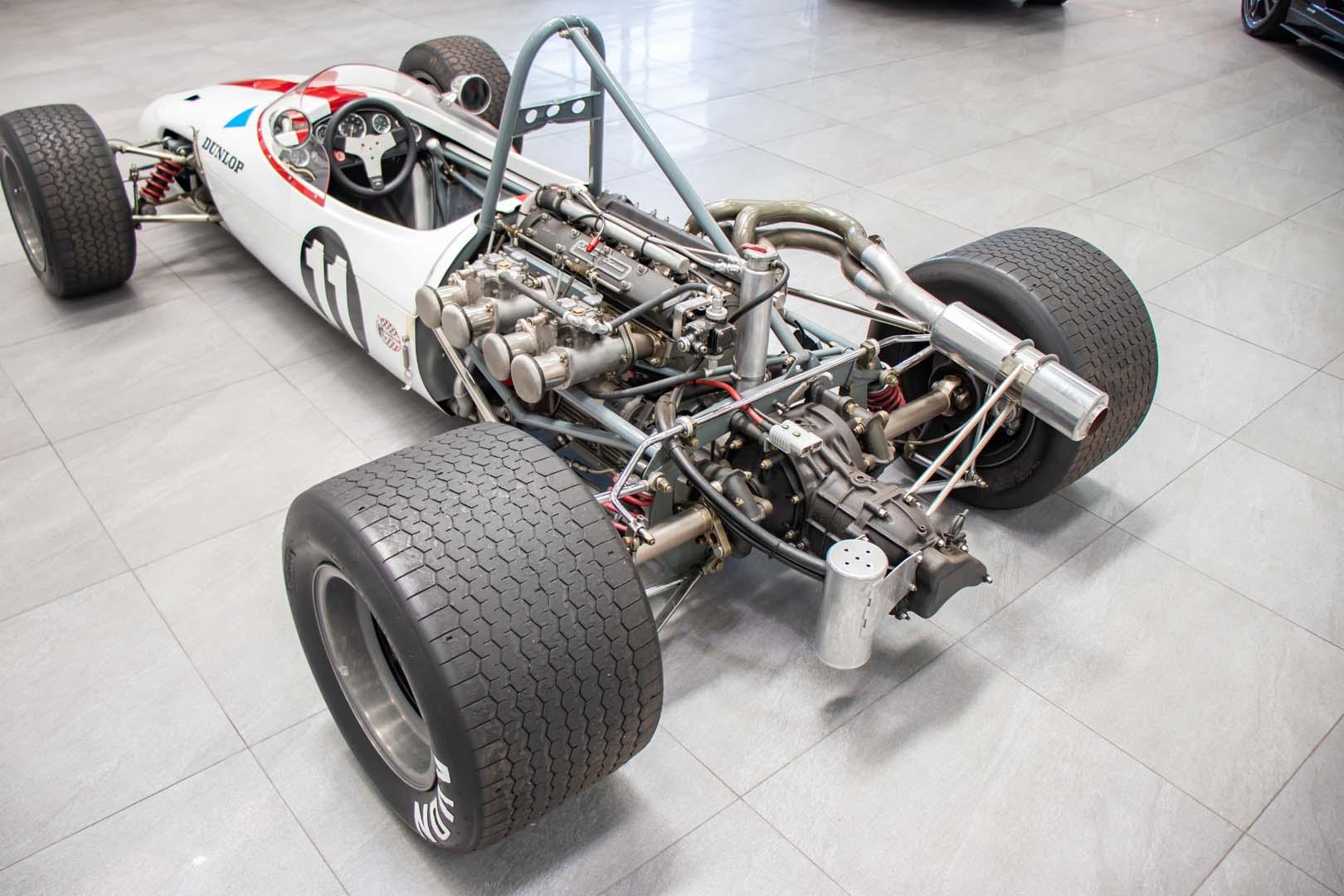 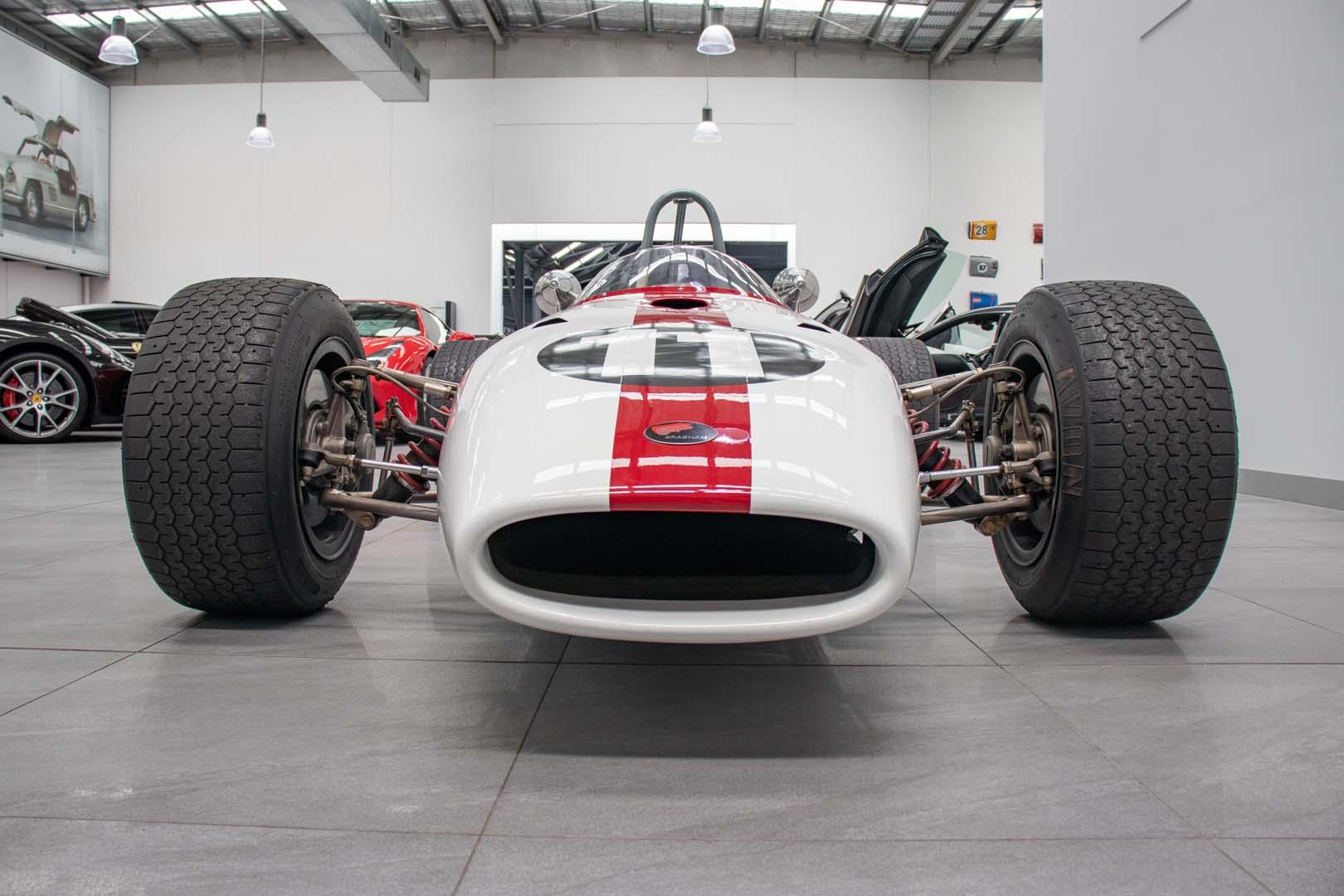 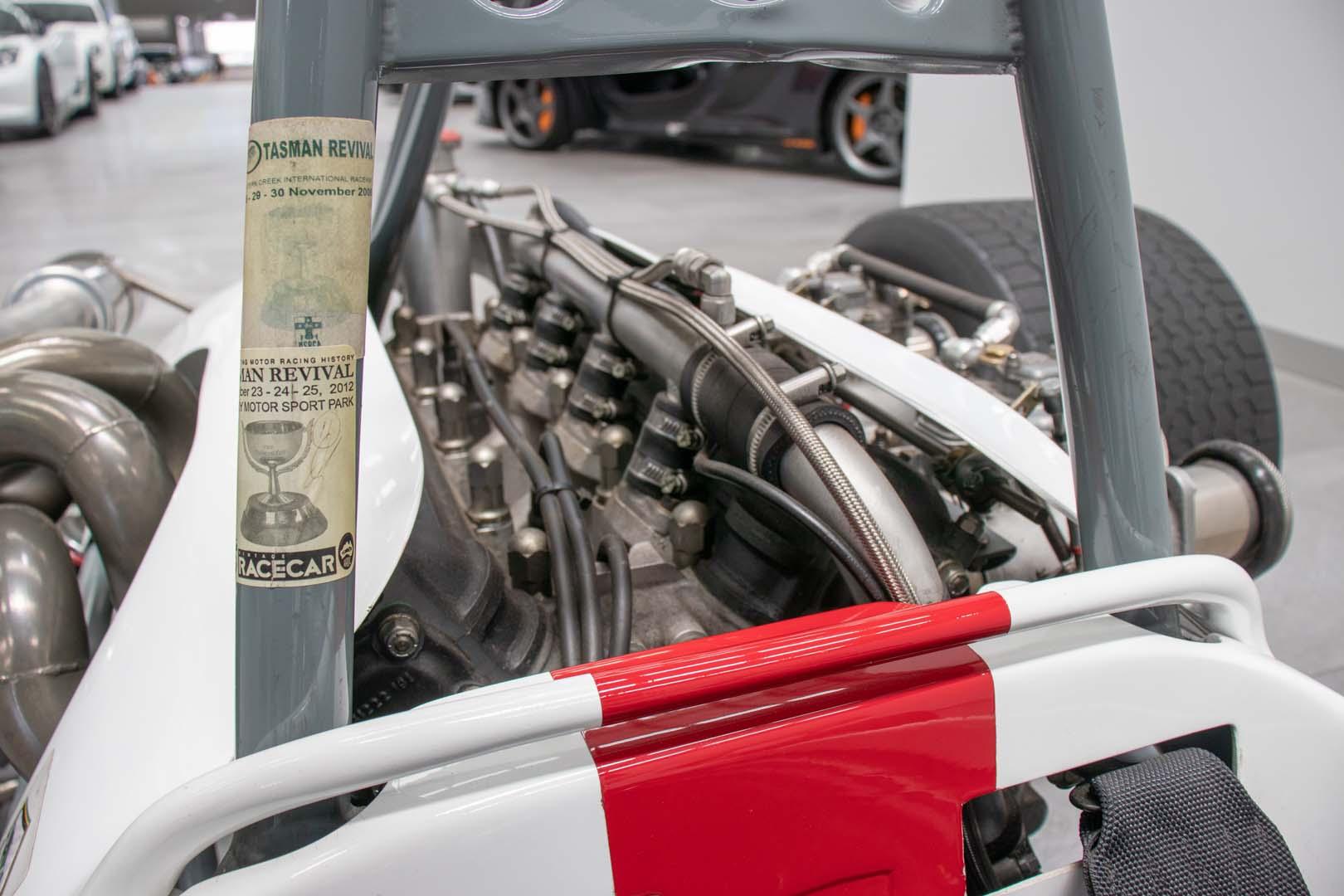 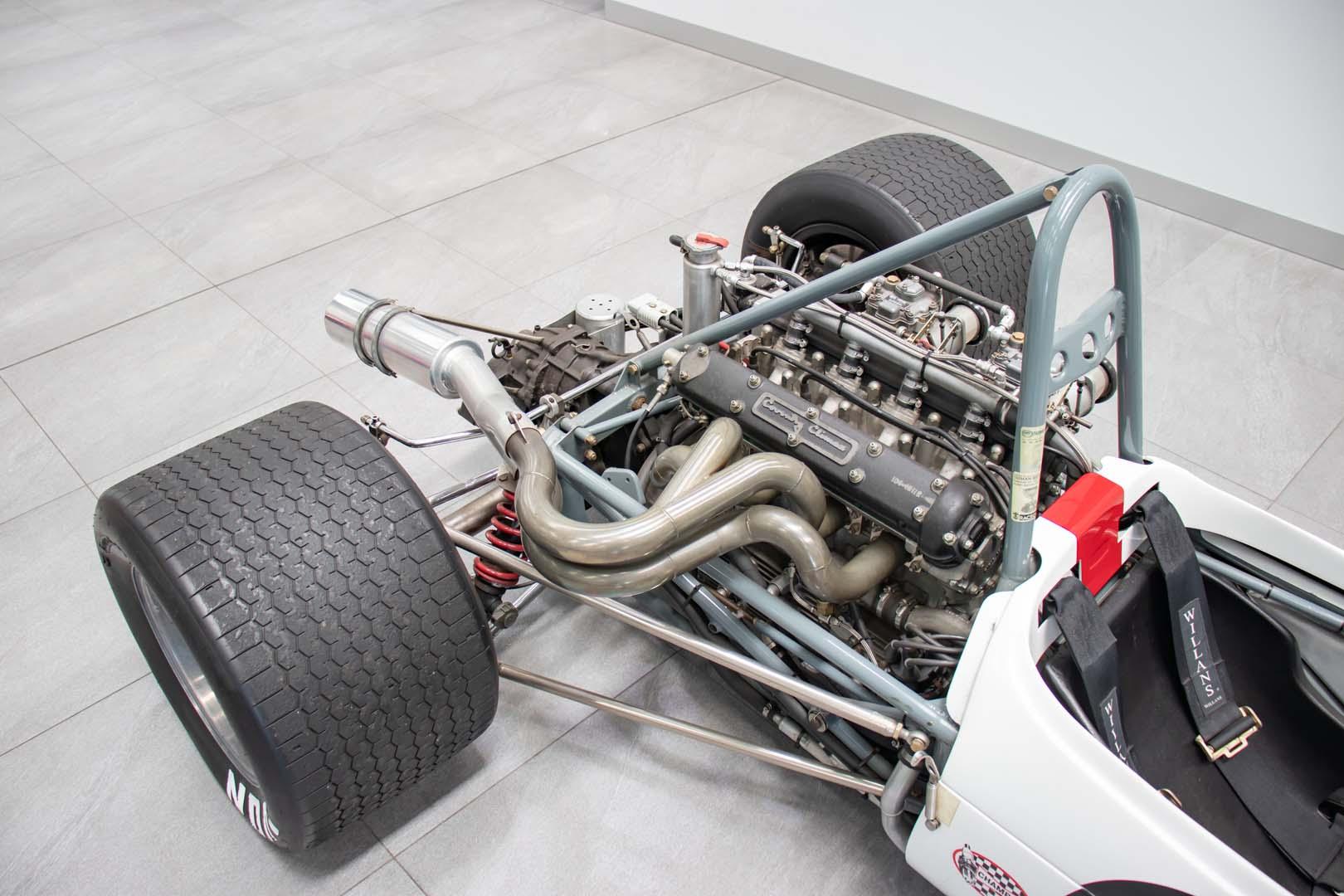 F2 to the Fore

The first Brabham/MRD Formula Two car was the BT10 of 1964. Powered by a 1.5-litre Cosworth engine, seventeen examples of this open wheeler were built and it was quite successful, winning several races in F2 and even entered for a handful of F1 races. The BT16 that followed in 1965 saw fewer examples built, making them a relatively rare find today,

It’s often forgotten that, during this period, F1 and F2 were much more closely linked, with many Formula One drivers also racing in Formula Two. So it wouldn’t be uncommon to see the likes of Jim Clark, Innes Ireland, Jackie Stewart, Roy Salvadori, Stirling Moss and even Brabham himself campaigning F2 cars on the same weekend as their F1 commitments.

In the case of the BT16 featured, it was raced by a VERY famous F1 name in period – Graham Hill. 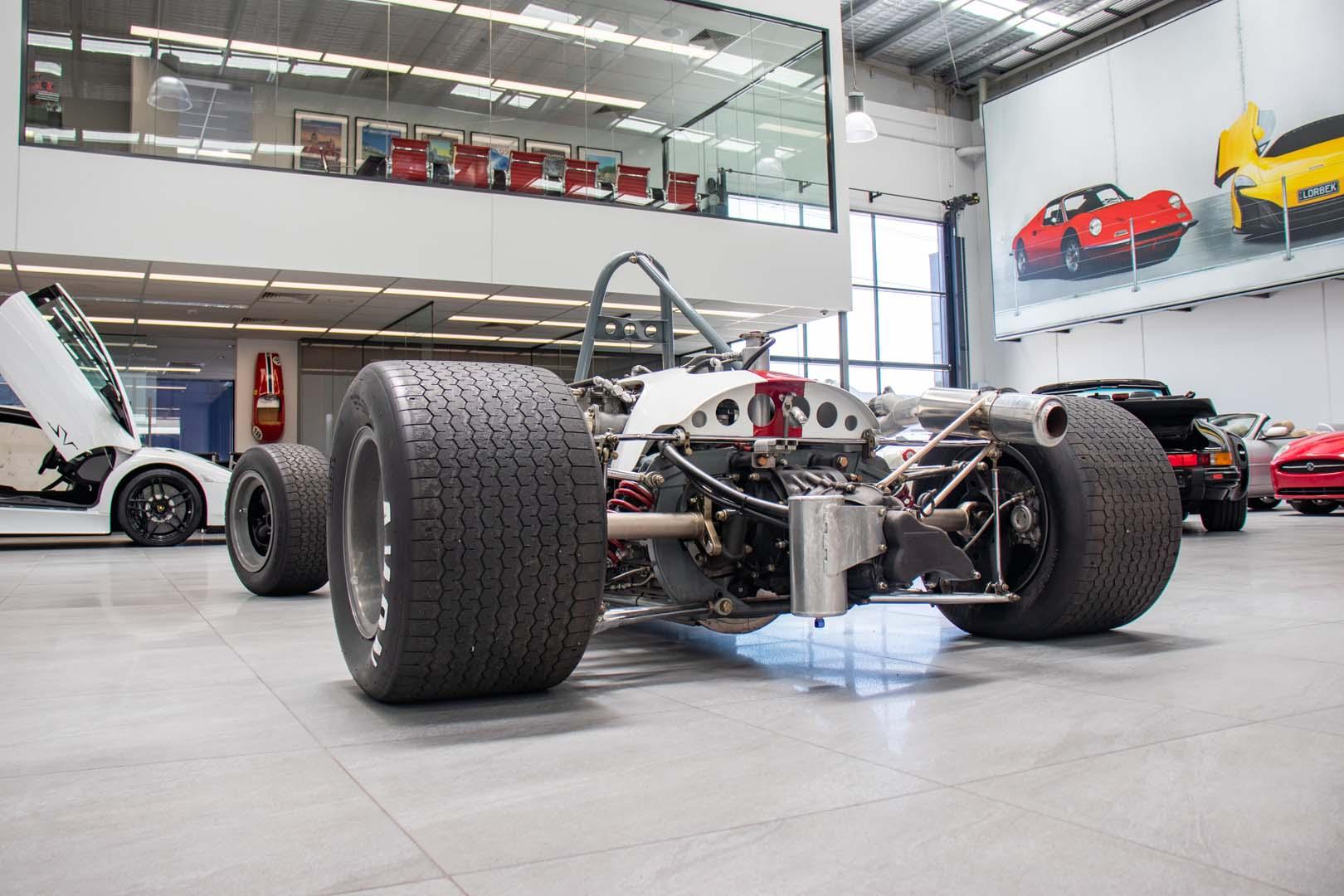 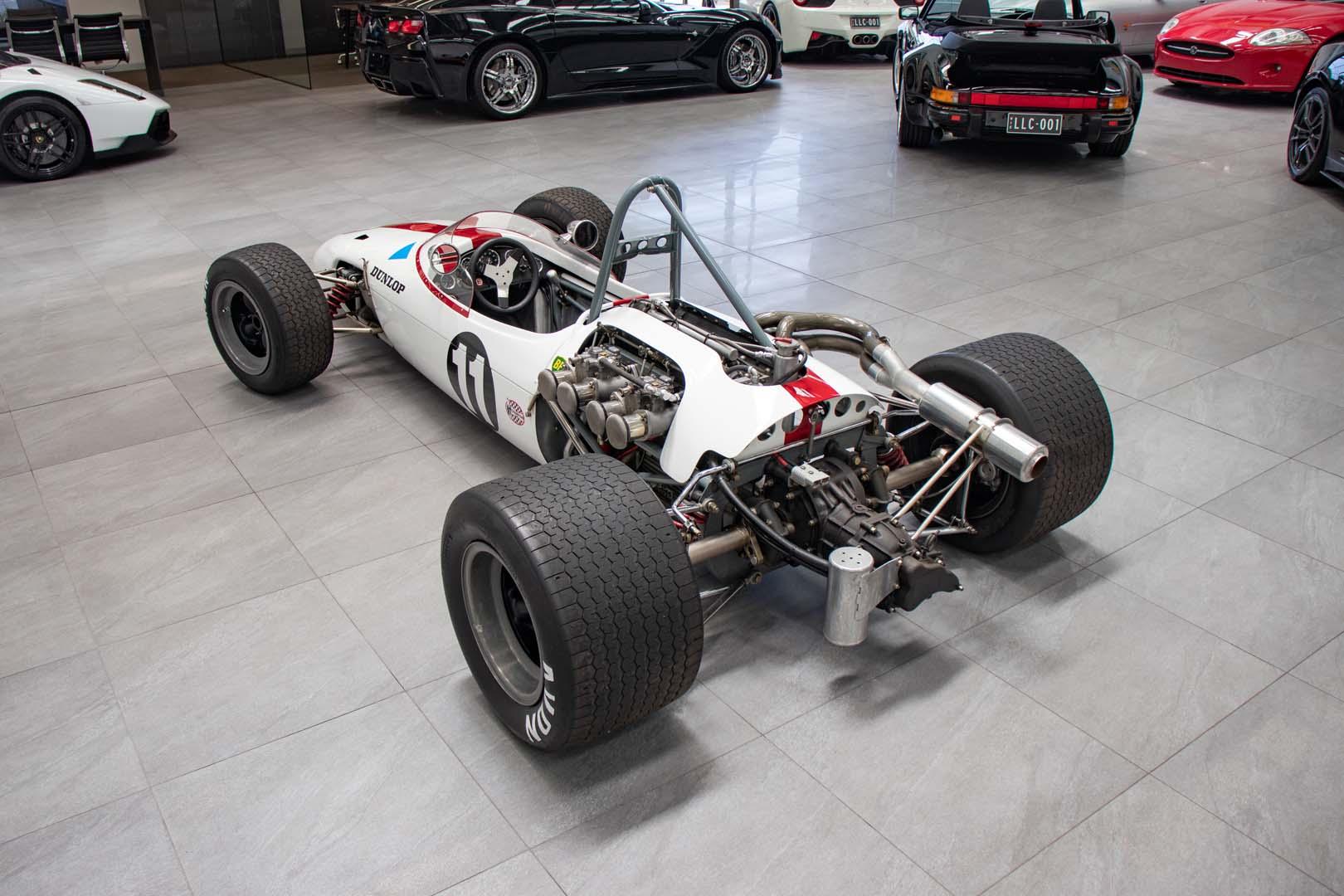 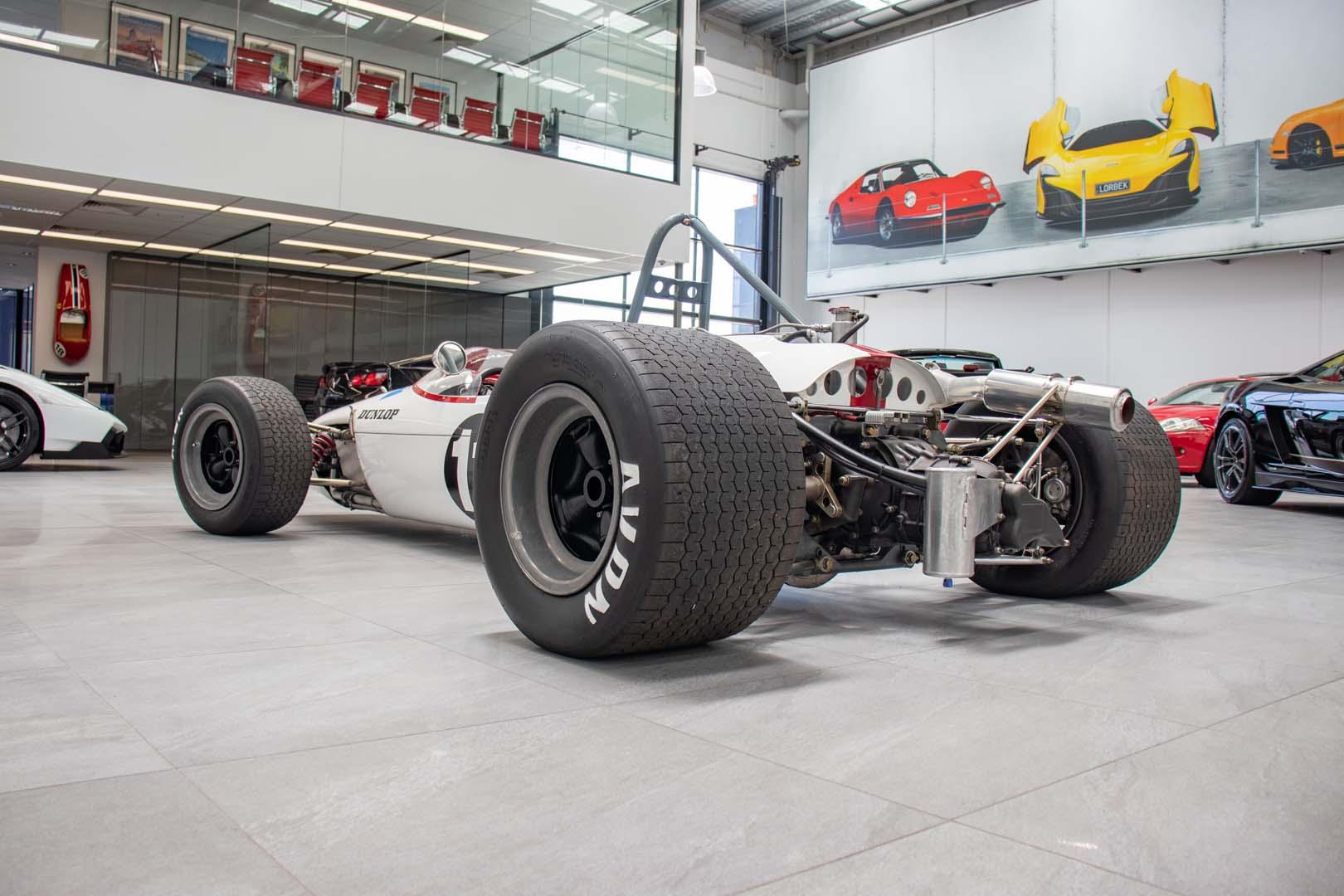 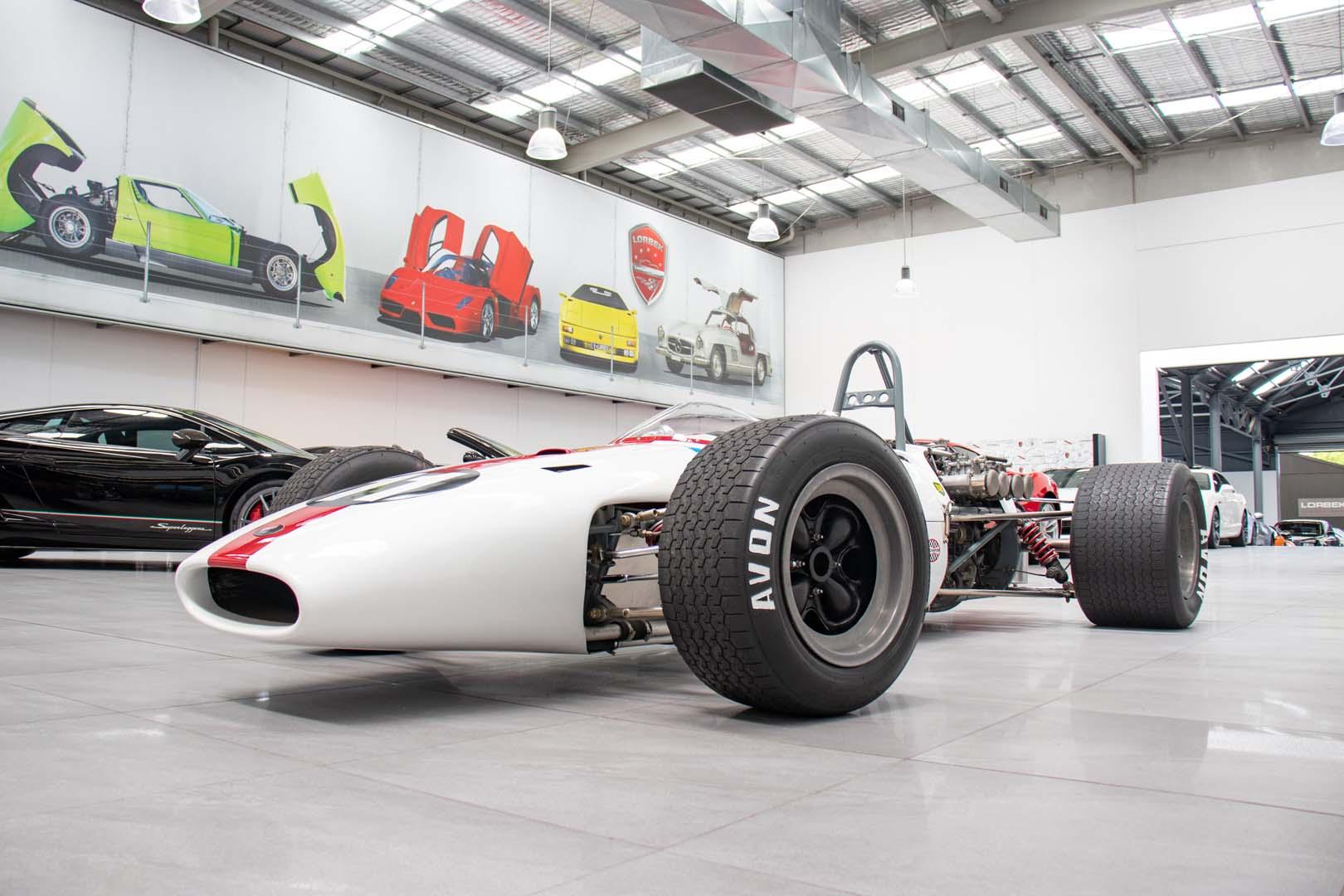 Like all Brabham formula cars of the 1960s, this particular F2-spec car, chassis# F2-8-65, started life in the MRD works in Byfleet, Surrey, England. The first owner was John Coombs, who had done some racing of his own after World War II before moving to team management in the 1950s.

Starting in Sports Cars (where one of his supported drivers was Brabham), John Coombs Racing also prepared and ran touring cars, enjoying particular success with Mk1 and Mk2 Jaguars.

From 1964 Coombs ran a squad in Formula Two and his gun driver was Graham Hill. Having already won the 1962 F1 World Championship with BRM, Hill had nothing to prove in F2. But like most of his contemporaries, enjoyed racing in the class as it kept him match fit and generally carried less pressure and scrutiny than F1.

Fitted with a 1.0-litre BRM engine, F2-8-65 was raced by Hill to numerous podium finishes throughout 1965 and 1966, but when Hill decided to rejoin Lotus’s Formula One team for 1967, Coombs returned the car to MRD.

Purchased by Australian Alec Mildren, the car was shipped from the Northern Hemisphere to the Southern Hemisphere, essentially for Mildren to replicate in Australia and New Zealand what Coombs had been doing in the UK and Europe. Starting out as a racer before moving into team management and race car prep while also running a car dealership, Mildren was the mirror of Coombs in many ways.

Before his newly-acquired BT16 was shipped to Australia, Mildren had his driver, Frank Gardner, work with MRD in modifying the BT16 chassis to take a larger, 2.5-litre Coventry Climax FPF four-cylinder engine to make it eligible for the ‘Tasman Formula’ of the period.

Arriving in Australia in November, 1966, F2-8-65 not only carried a new engine and Hewland HD5 gearbox, it also wore new “Mildren Yellow” paint in place of the “Coombs Grey” with maroon stripe it had previously been finished in. 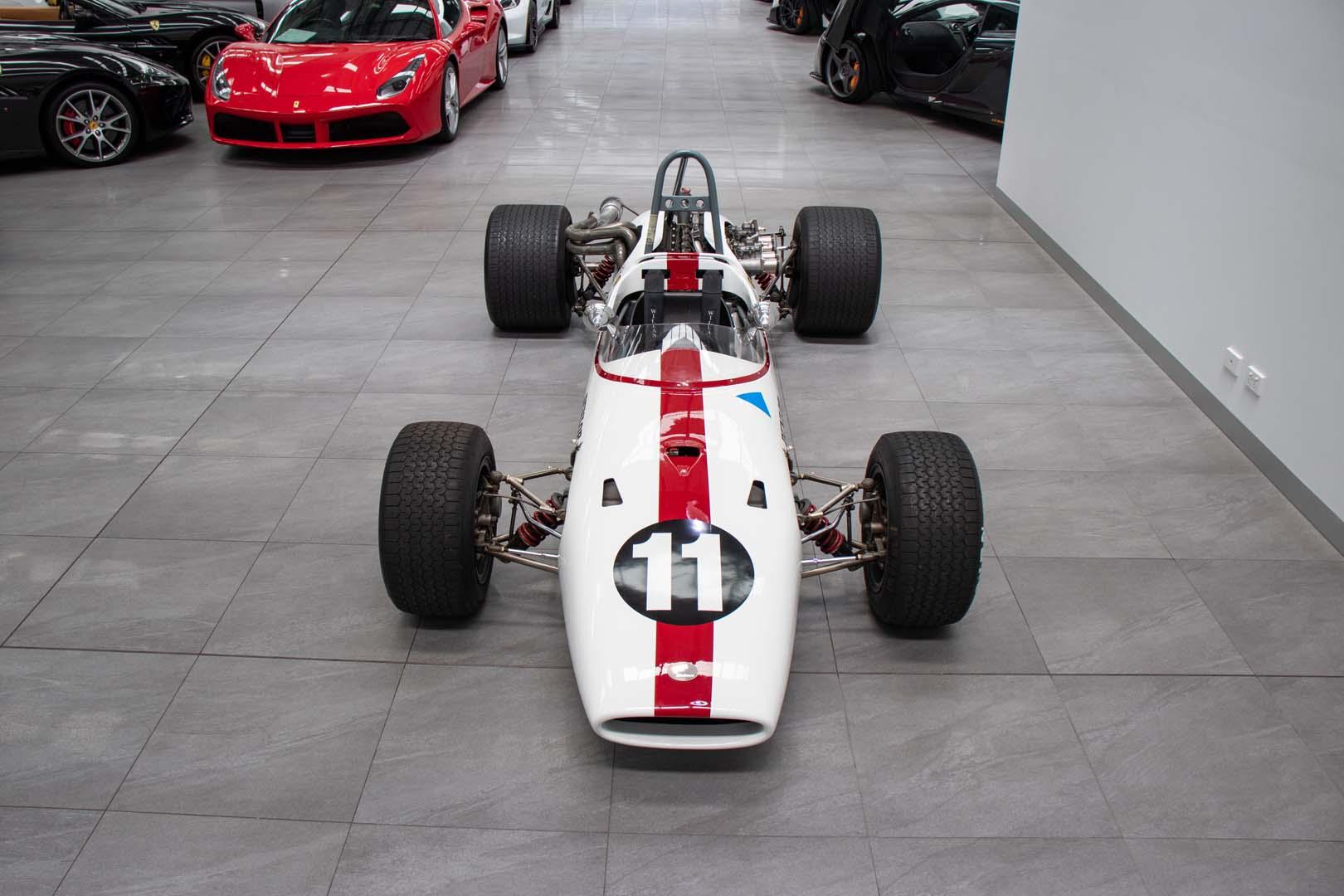 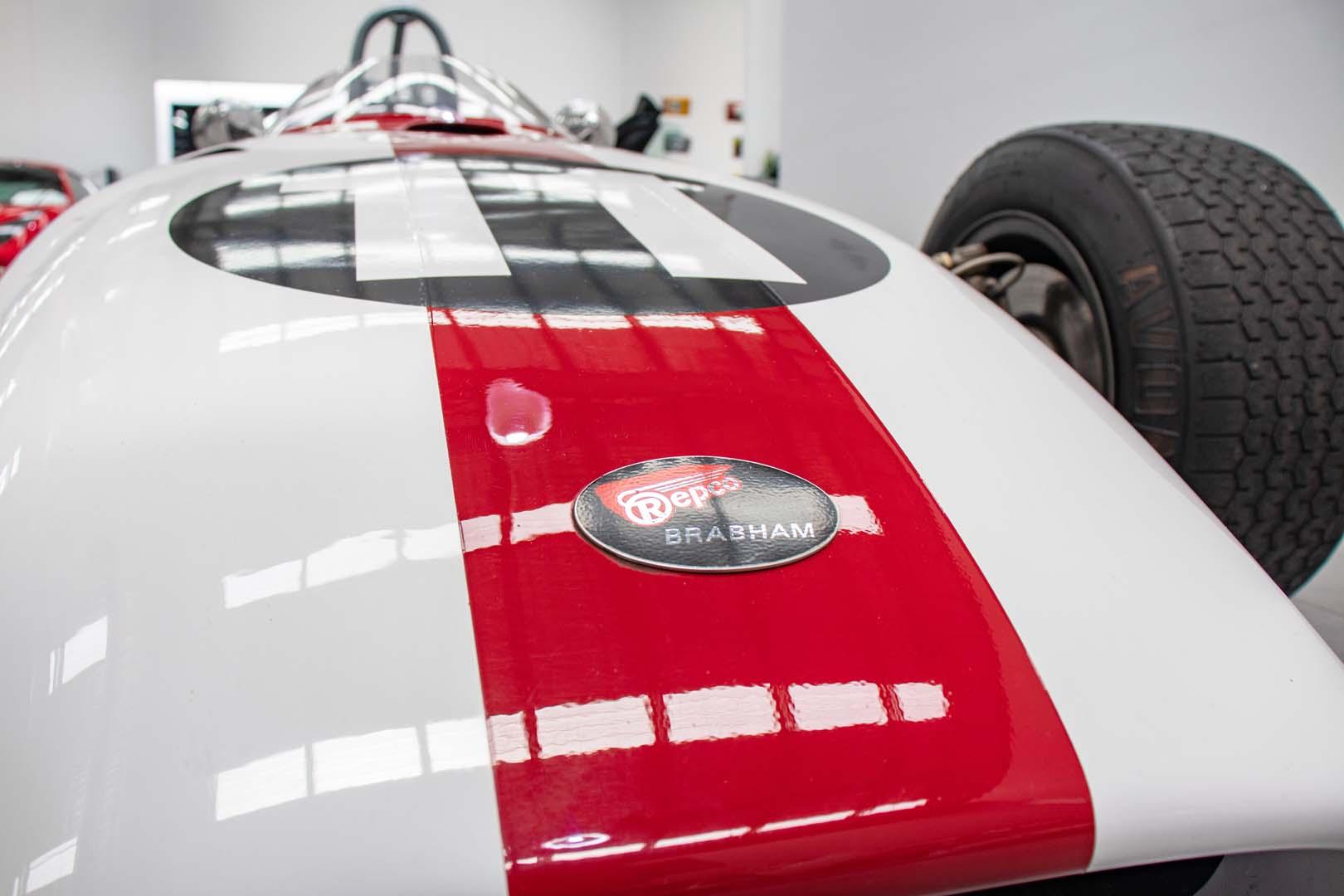 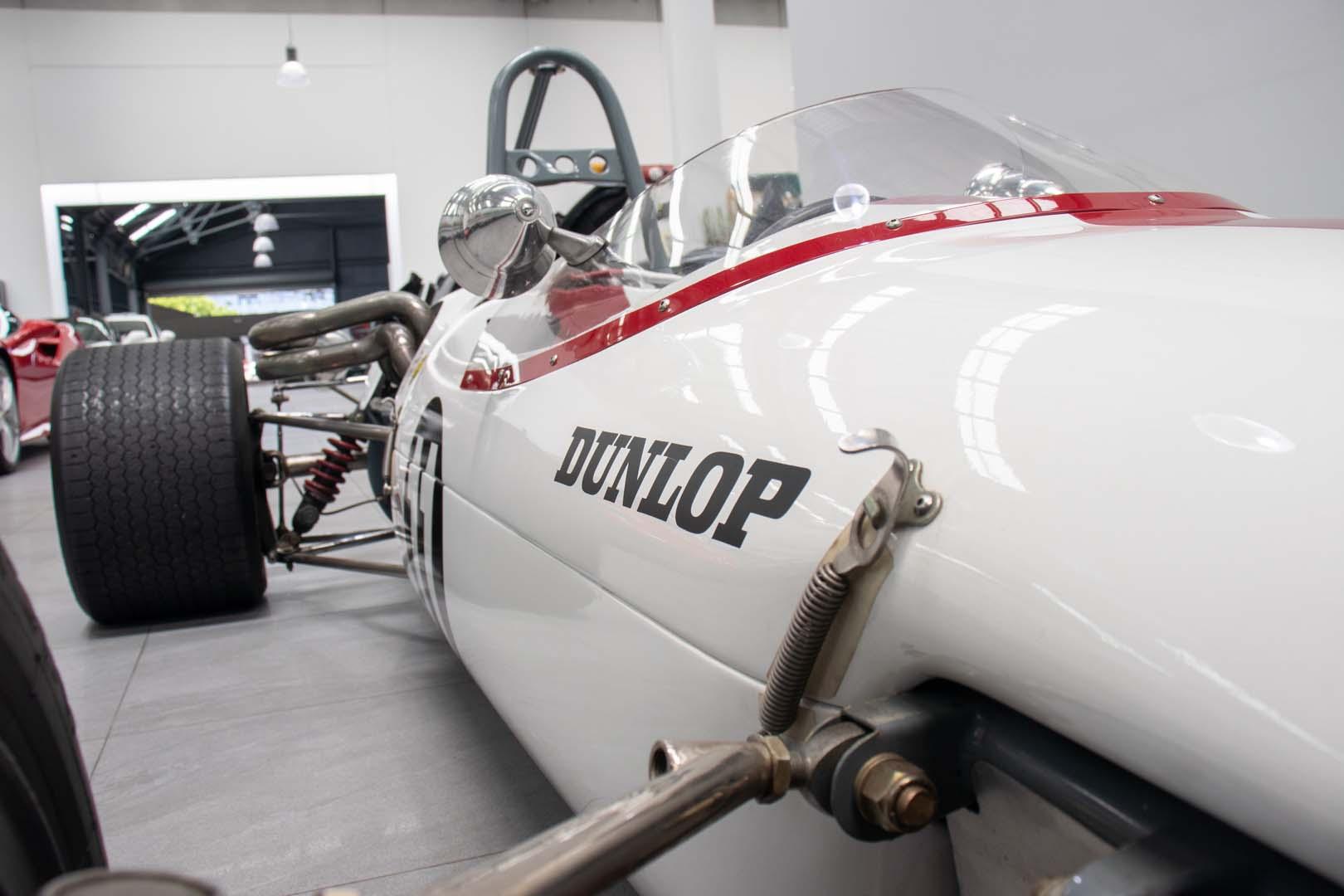 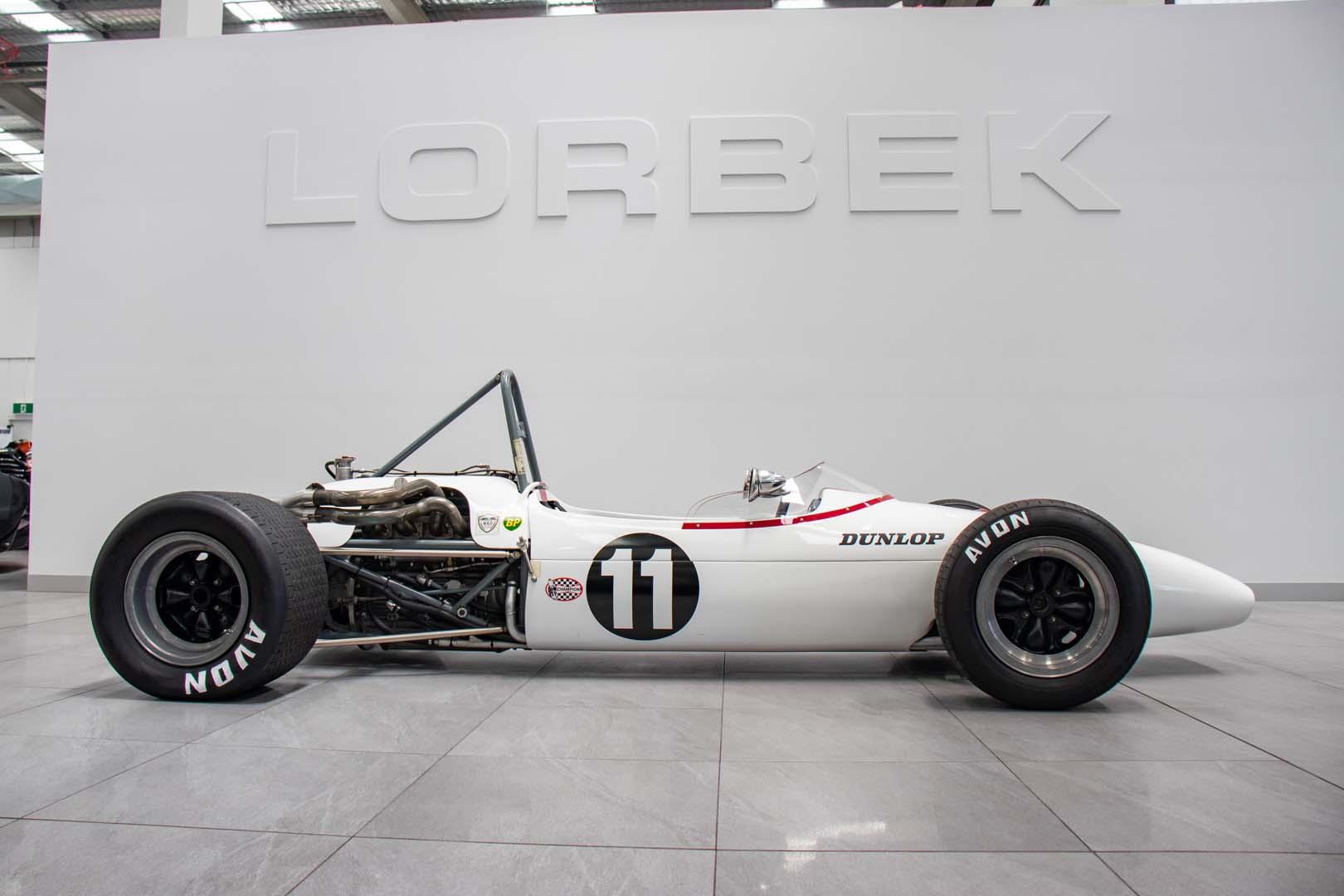 In his first race in the BT16, the 1966 Horden Trophy at Warwick Farm, Gardner won ahead of Kevin Bartlett and Spencer Martin (also in Brabhams, but not BT16s), while the likes of John Harvey, Leo Geoghegan, Garrie Cooper and Alan Grice showed the quality of the field.

For the 1967 Tasman Series that summer, Gardner scored a trio of third-place finishes – at Lakeside, Warwick Farm and Sandown – and finished equal second with Jack Brabham and Jackie Stewart, behind series winner, Jim Clark.

The next owner of F2-8-65 was Fred Gibson, who purchased the car from Mildren in 1968 and placed Niel Allen behind the wheel. Better known for the Bathurst lap record he set in a McLaren M10-B (and held for more than three decades), Allen was handy in both sports cars and open wheelers, achieving his best results in the latter in the Tasman Series of the early ‘70s.

By then, F2-8-65 had already been sold to Col Green, who repainted the car and entered it in the 1969 Australian Grand Prix at Lakeside. In a field that included past drivers of the car in Hill, Gardner and Allen, Green retired out of that race, but tried again in 1970 and was the final finisher (for the record, Chris Amon won in 1969 and Frank Matich in 1970). 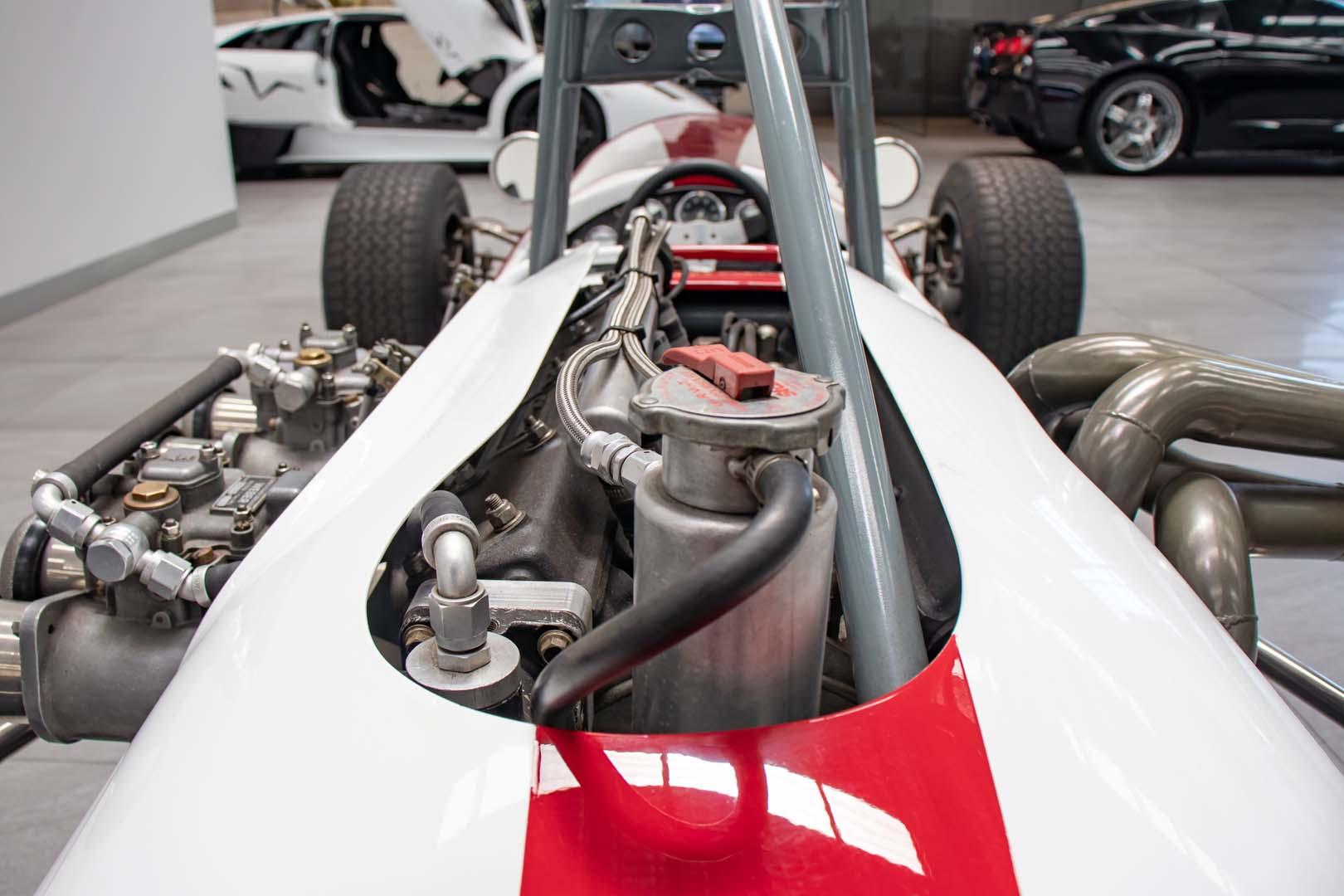 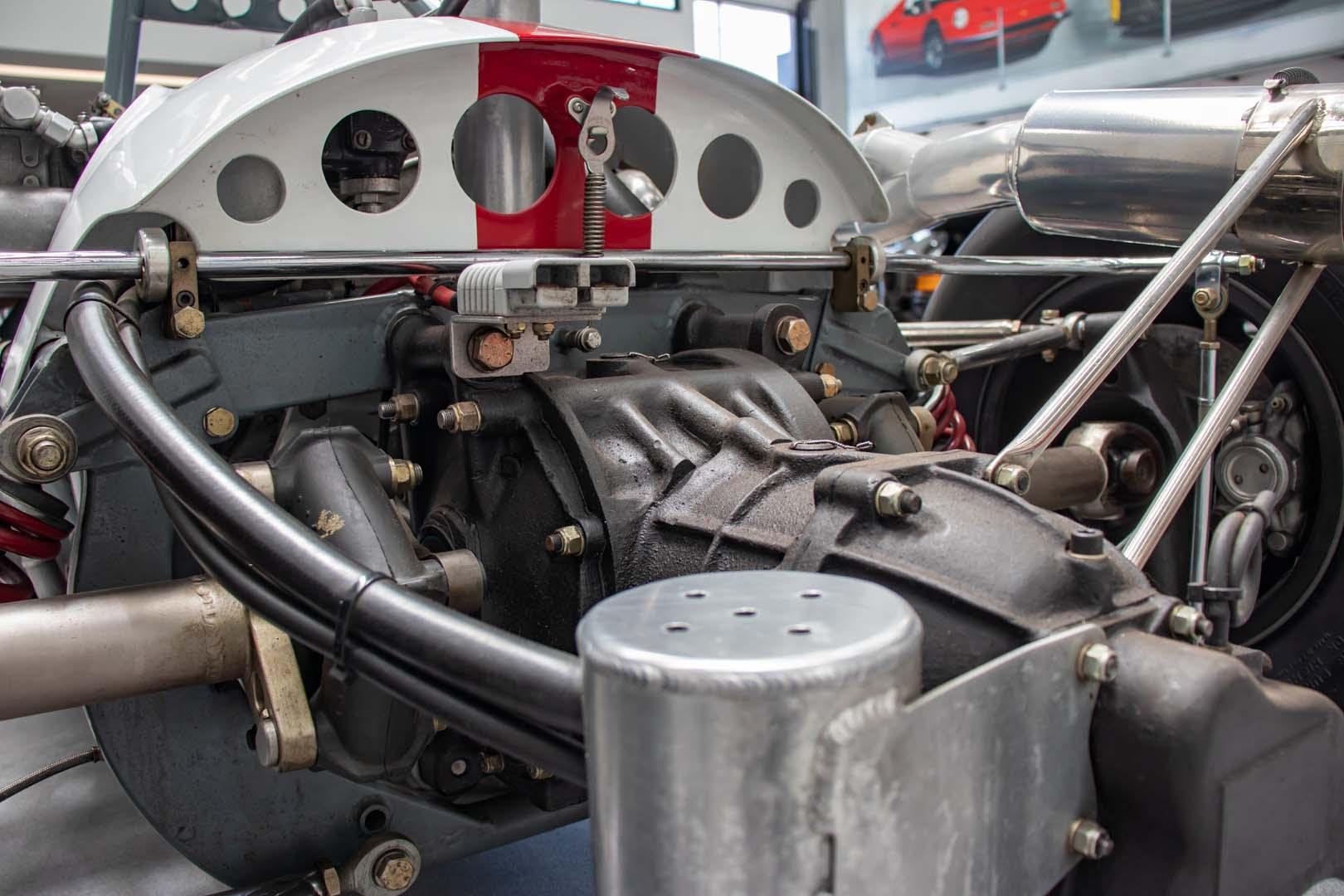 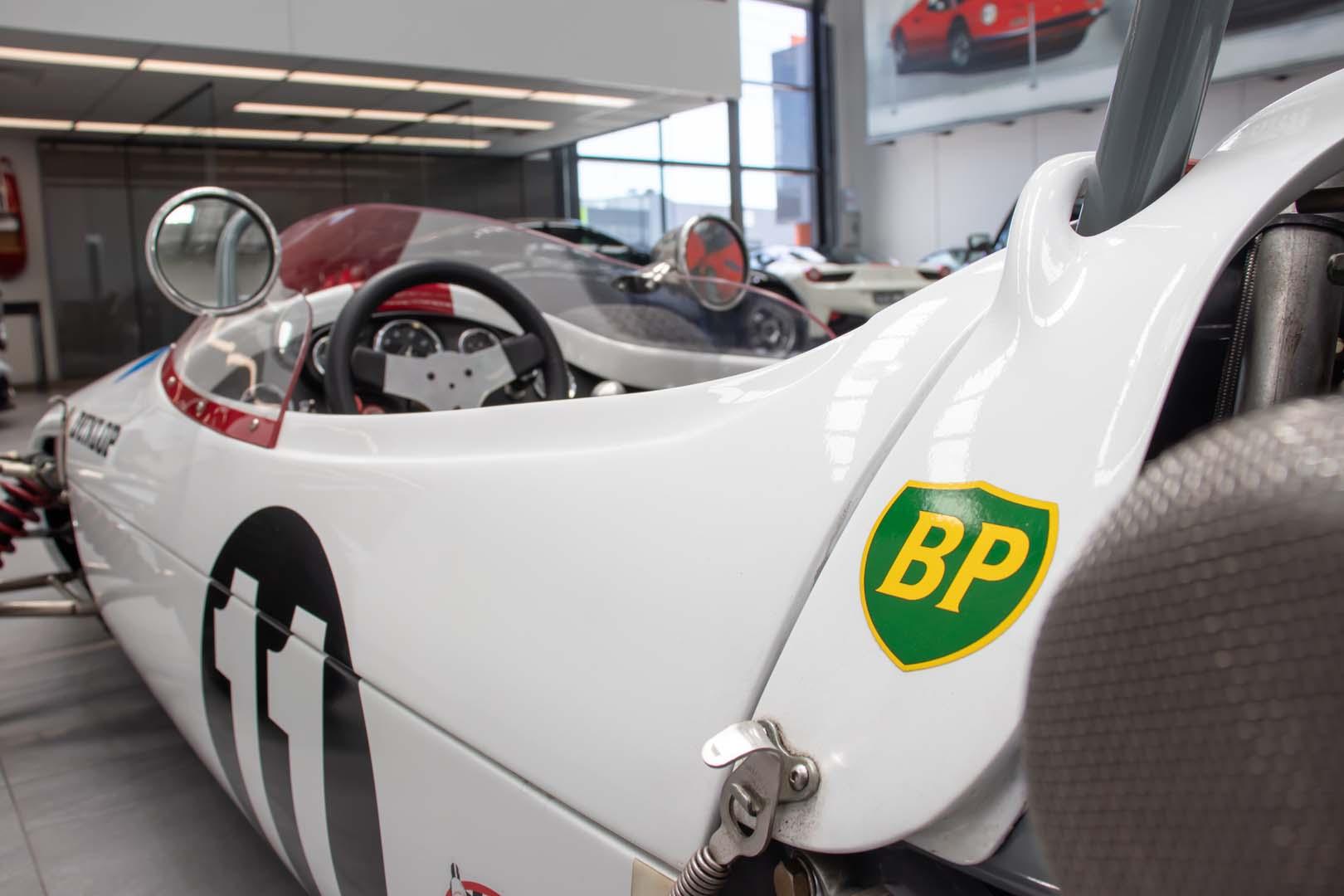 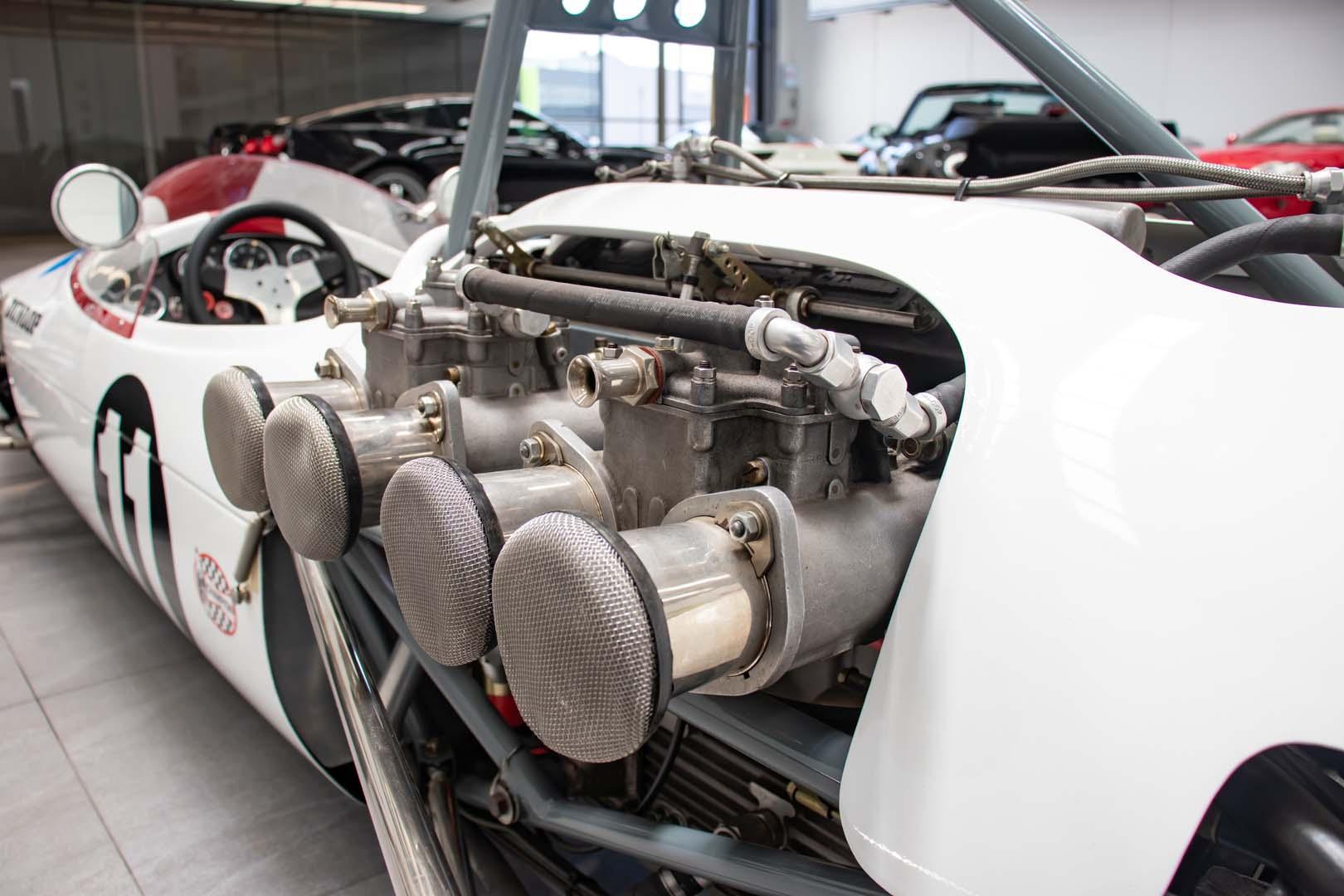 After Green, the next owner of F2-8-65 was Neil Rear in Western Australia, where the car stayed for many years, passing through other owners’ hands in the process.

Sold again in the 1990s, this BT16 next appeared at a Goodmans auction in Sydney in 2002, where it was purchased by Rob McMillan.

By this stage, the car seriously needed restoration, so McMillan spent six years and considerable dollars in bringing F2-8-65 back to track-ready condition, fitting a period accurate 2.5-litre engine and 5-speed gearbox, as well as the correct suspension, brakes, 4-lug wheels and Avon tyres.

Topping off the restoration was an approximation of the original John Coombs Racing livery (red over white instead of red over grey) instead of the subsequent colour schemes it wore.

In fully restored form, F2-8-65 returned to the track for the first time in decades at the 2009 Tasman Revival series, then repeated the dose in 2012.

Since then, this historic open wheeler has had minimal use, but remains ready for demonstration laps and even competition, should the new owner be so inclined.

More recently, this significant open wheeler joined the stock at Lorbek Luxury Cars in Melbourne. In a showroom full of modern exotica from Ferrari, Lamborghini, Porsche and Aston Martin, this classic open wheeler certainly stands out! 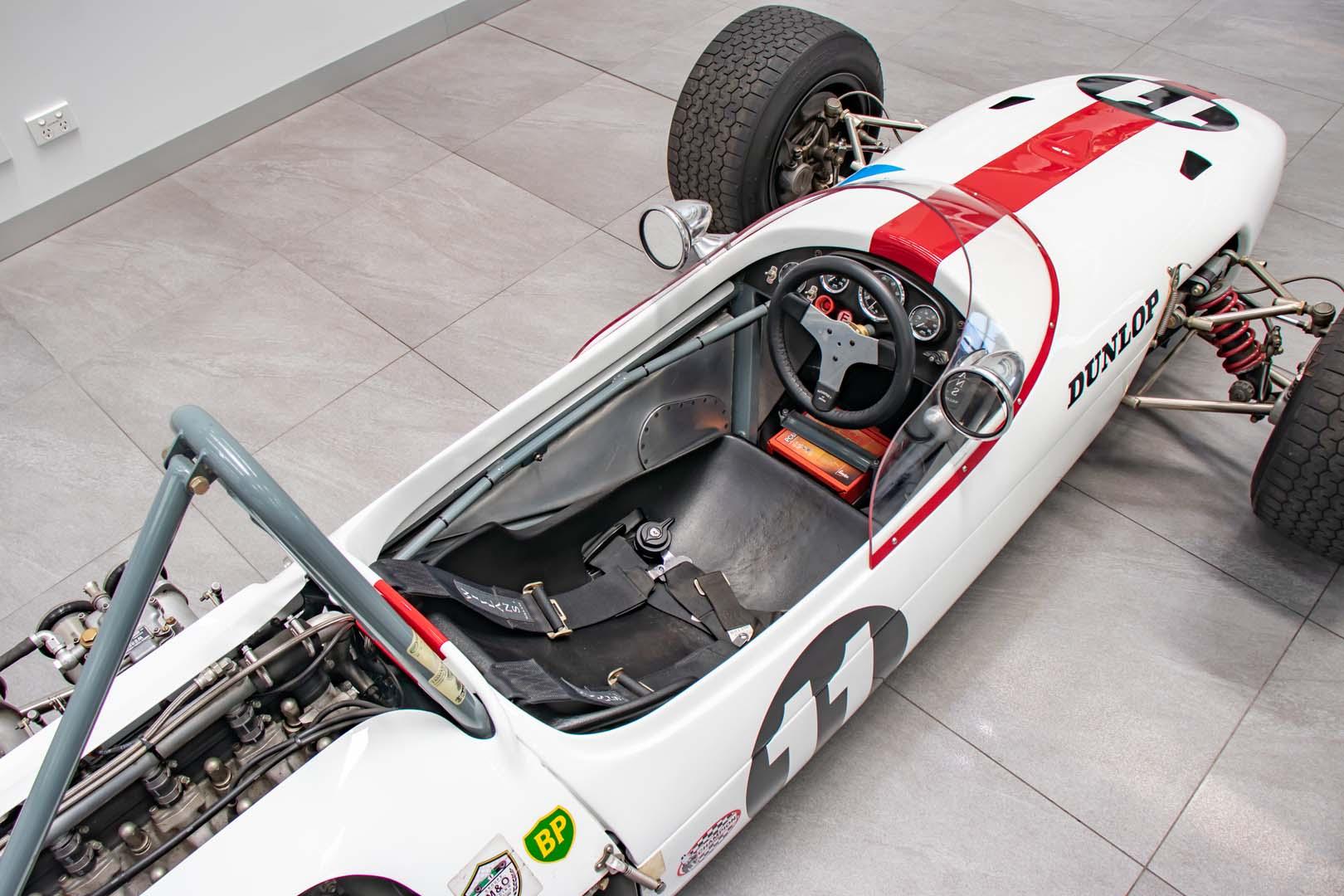 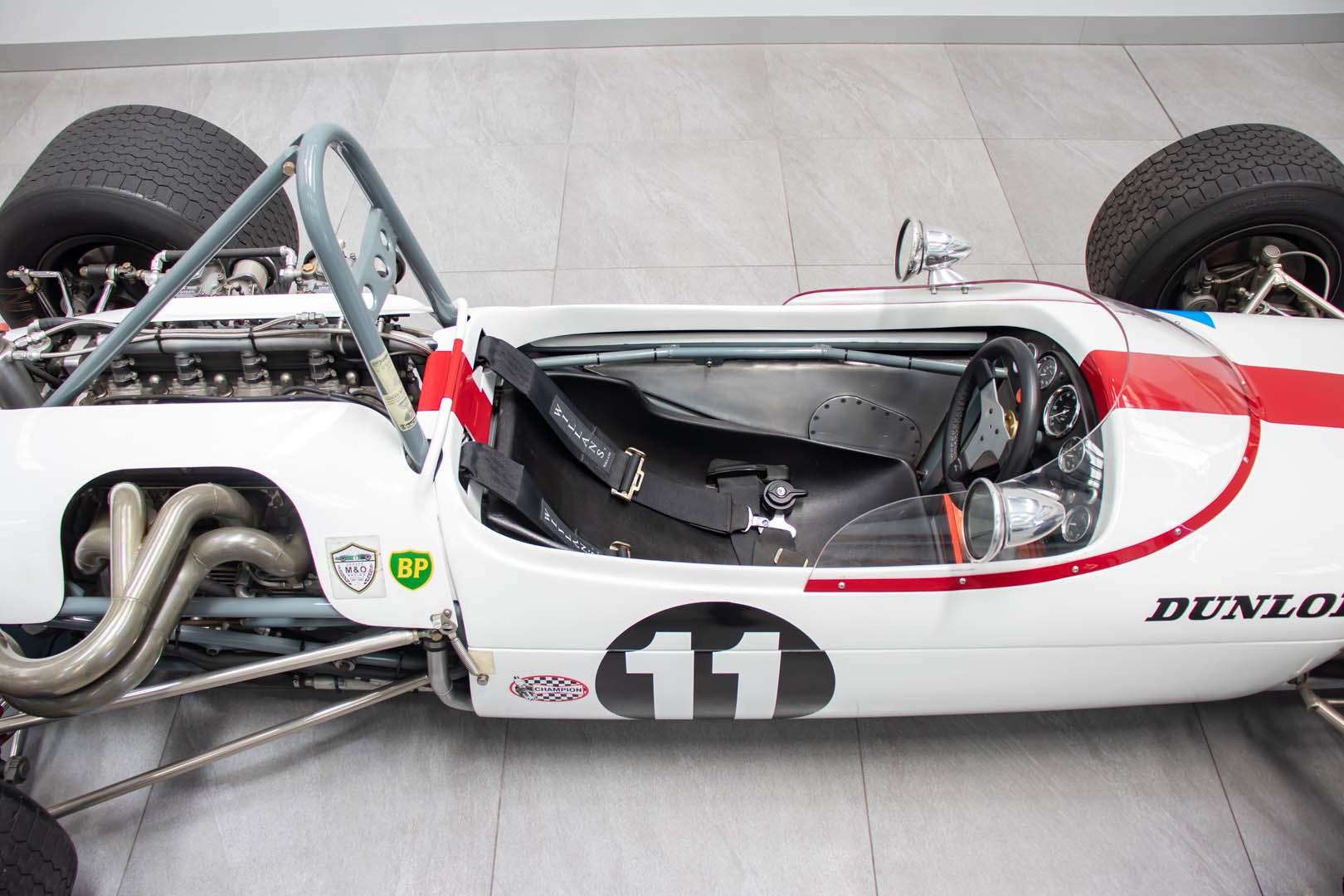 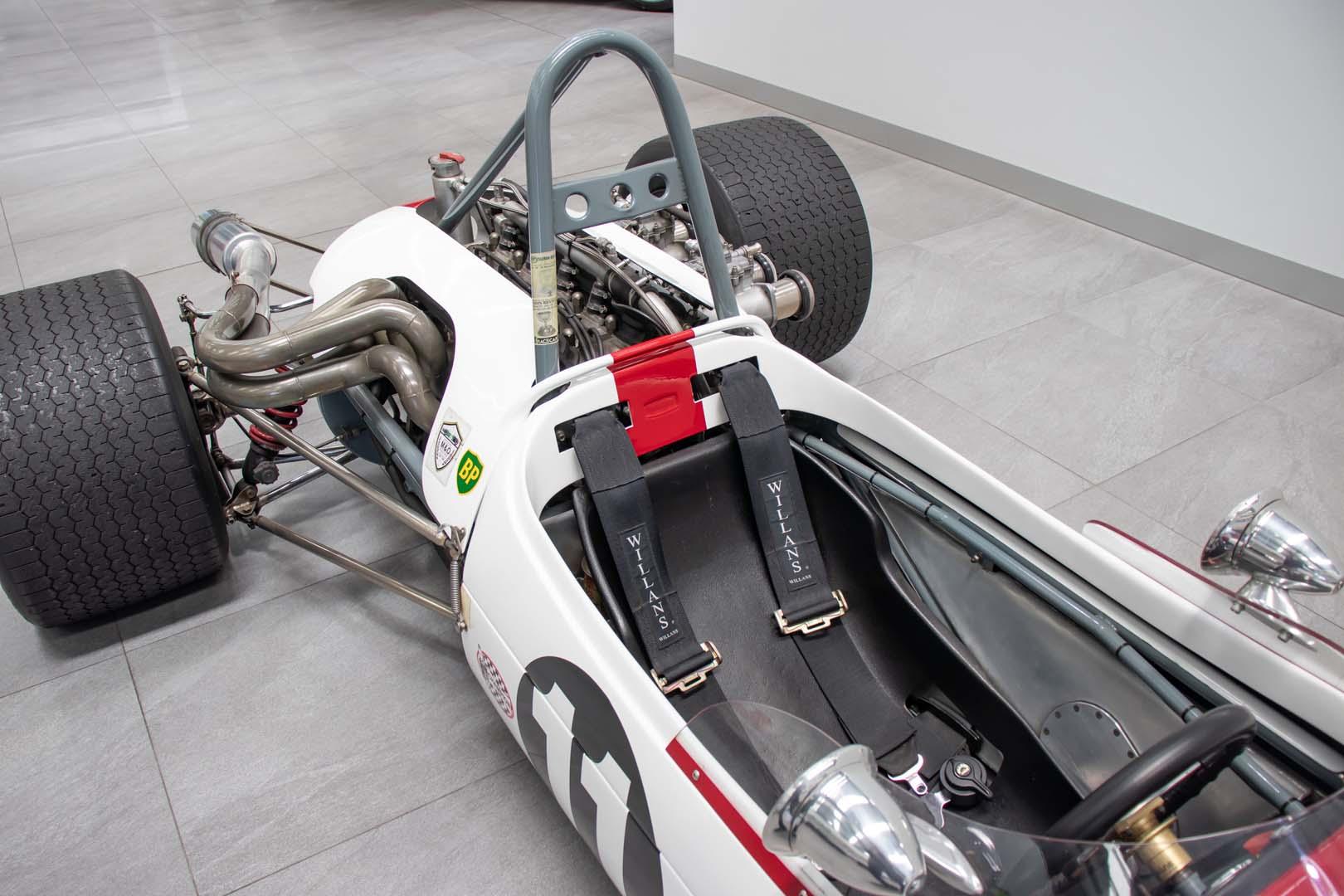 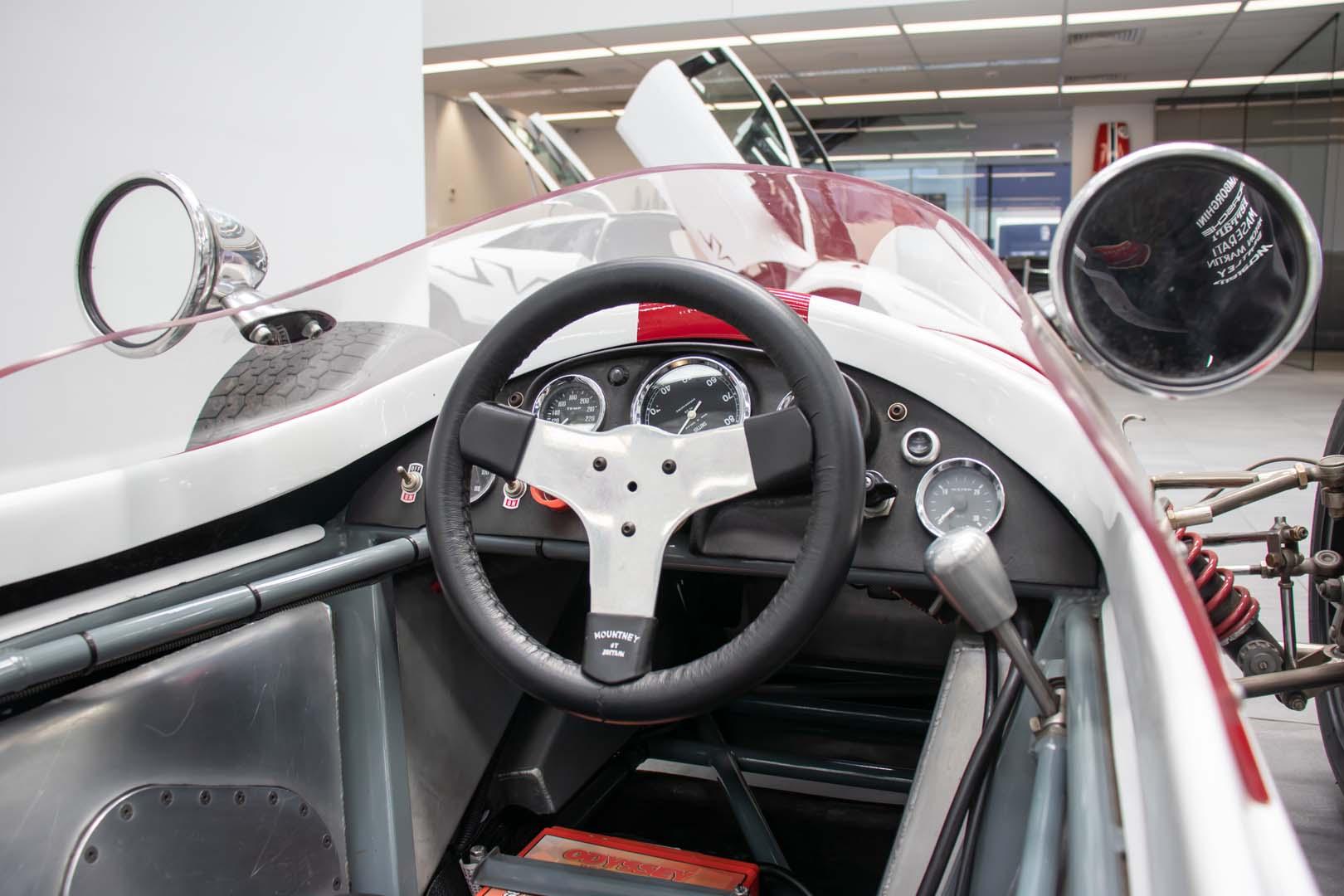 Brabham open wheelers like this rarely come up for sale outside of auction houses, and even more rarely in Australia, so this is a special opportunity to purchase a classic competition car with genuine provenance and serious history, both here and abroad.

One for the collector who isn’t afraid to enjoy their classics at historic meets, this 1965 Brabham BT16 is suitable for Group O competition and comes with a CAMS Log Book and CoD, as well as a receipt file, related documents, magazine clippings and photos. 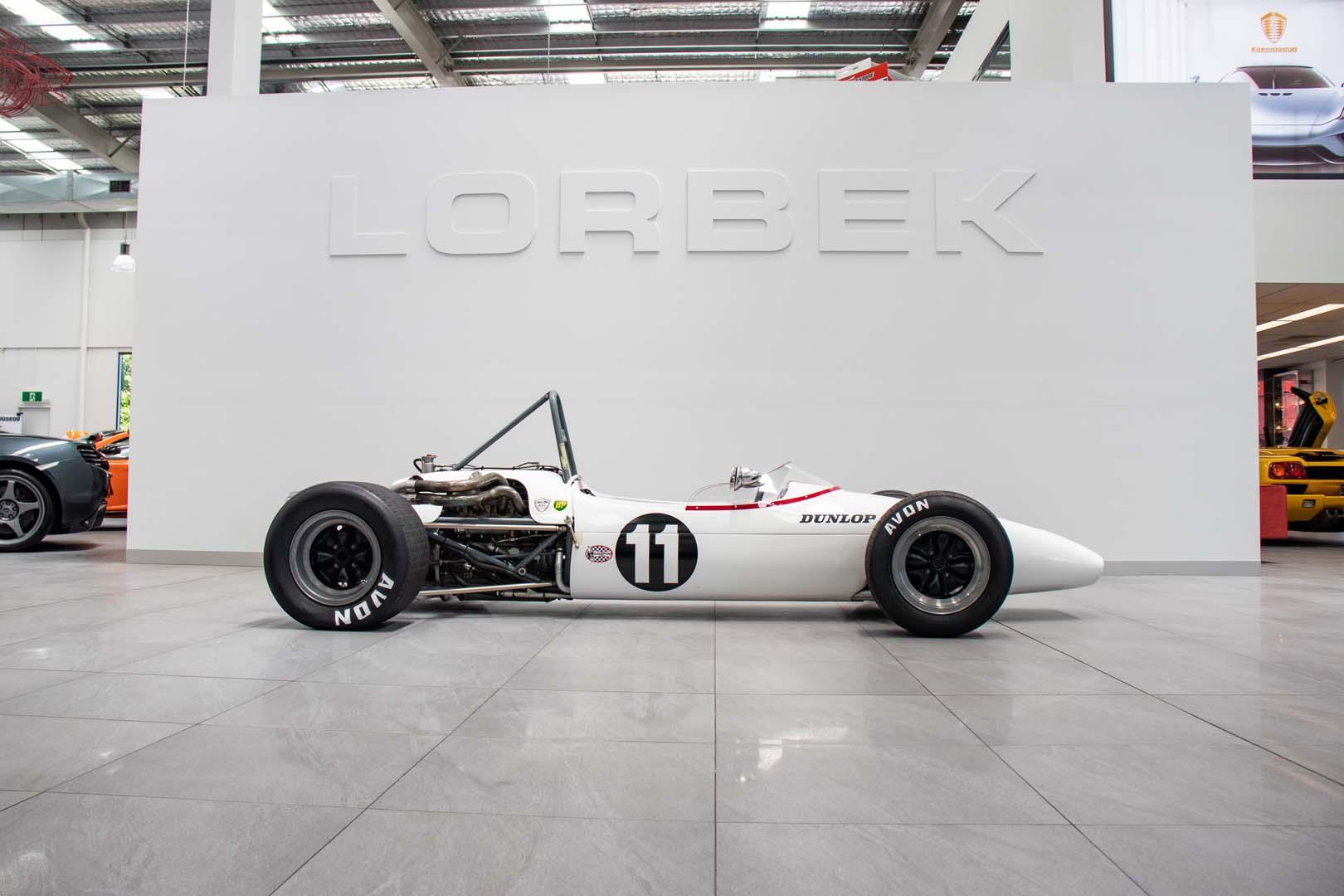 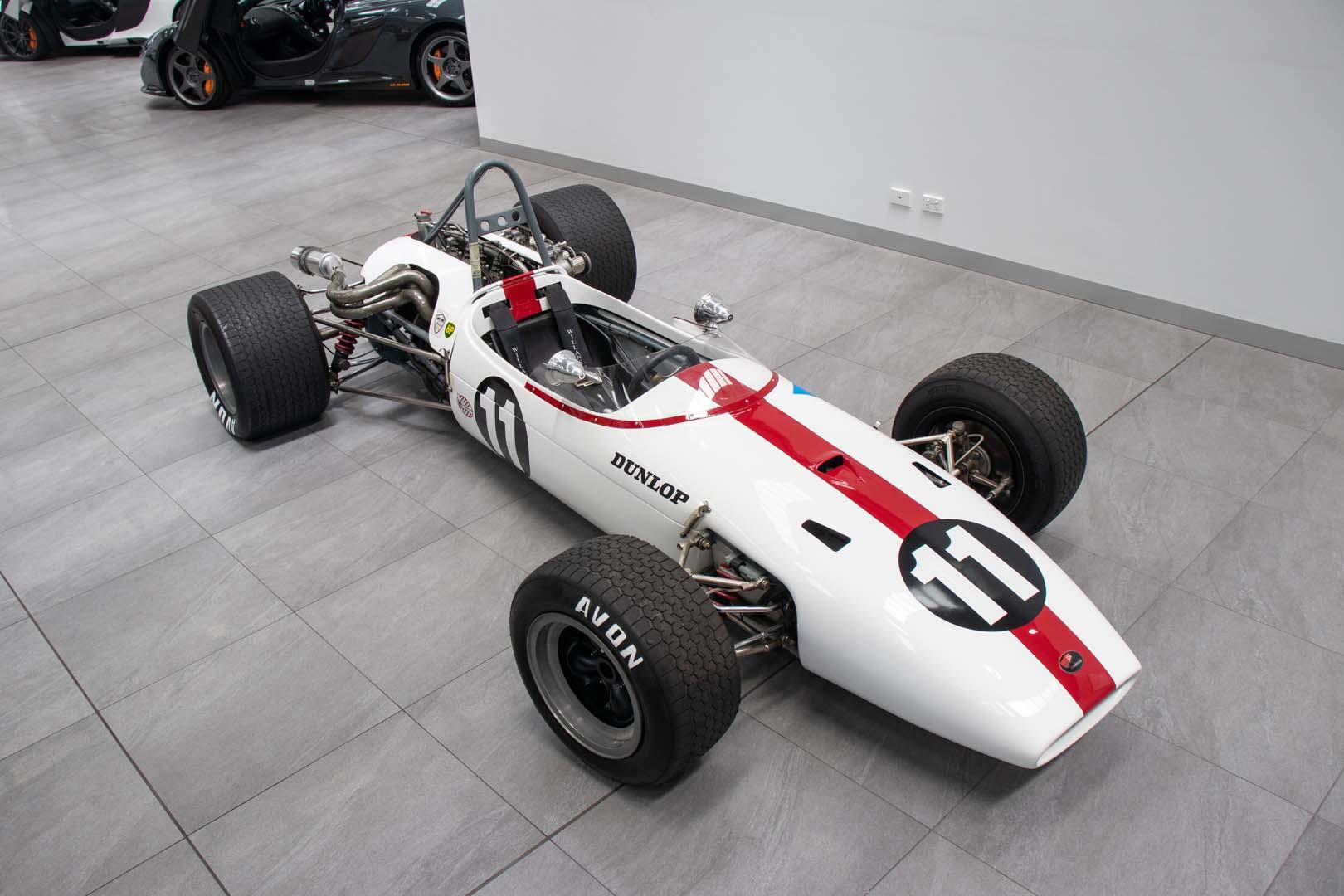 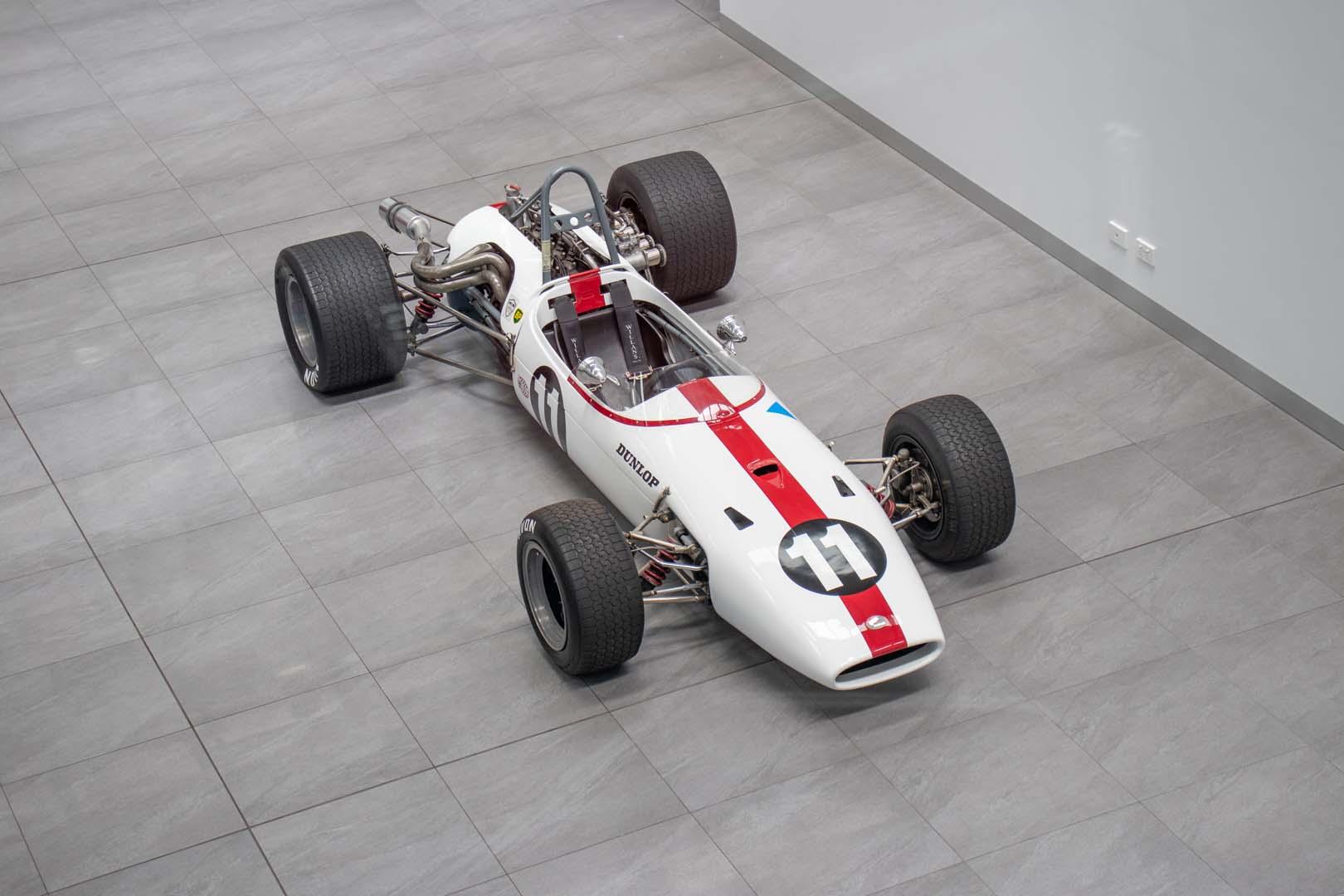 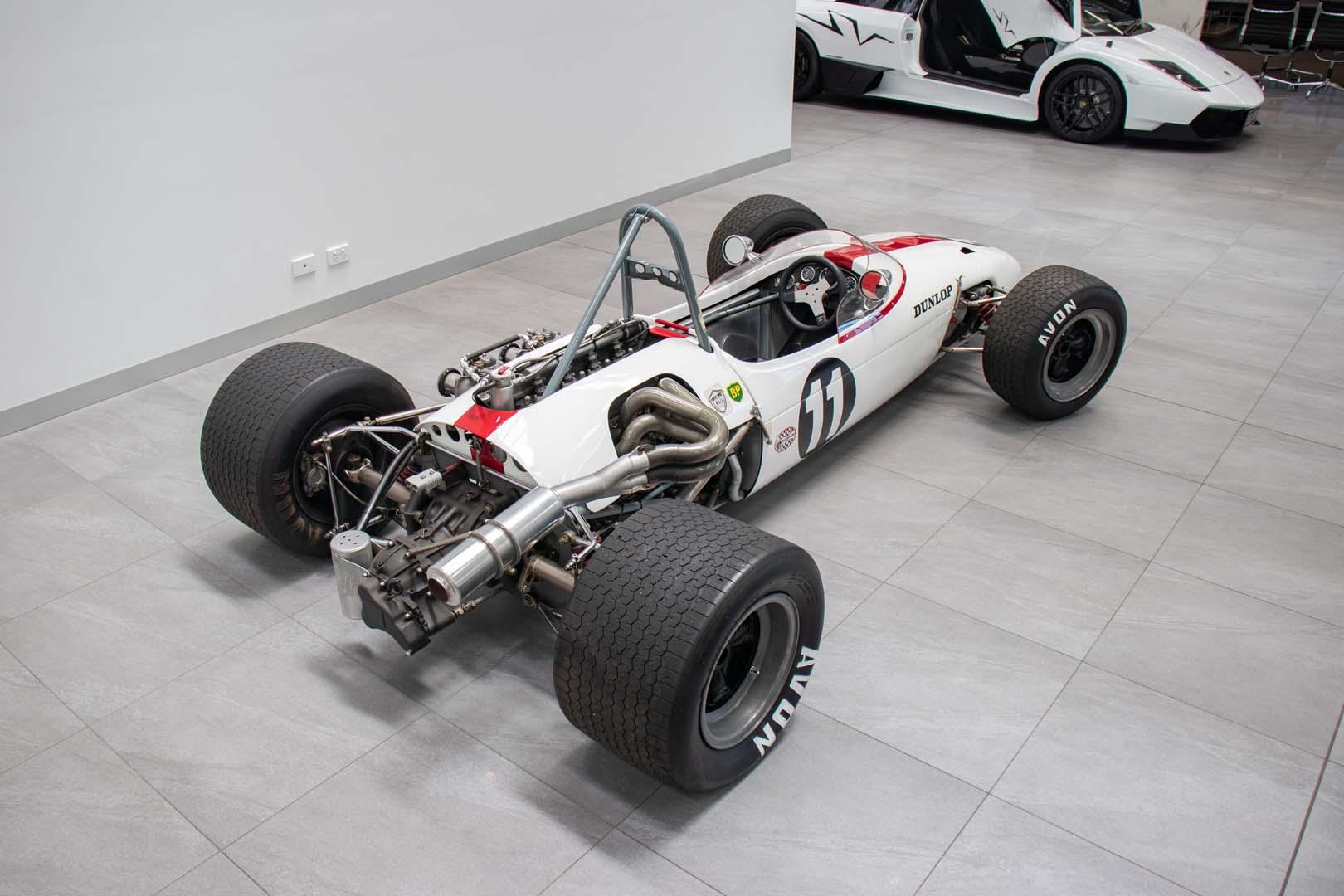