A pair of modern classics, in the form of a 2007 FPV GT Cobra sedan and Cobra Ute, are up for grabs through Slattery Auctions this July.

Few things in life are guaranteed, but the smash hit success of the reborn Ford Falcon Cobra was one of them!

Inspired by the original Cobra that had debuted almost thirty years earlier on the XC Falcon platform, Ford said the timing of the new BF II Falcon Cobra’s release - in October, 2007 - was to mark the 30th Anniversary of Ford’s famous 1-2 finish at the Bathurst 1000, which in turn inspired the original Cobra of 1978.

The reality was a little different. 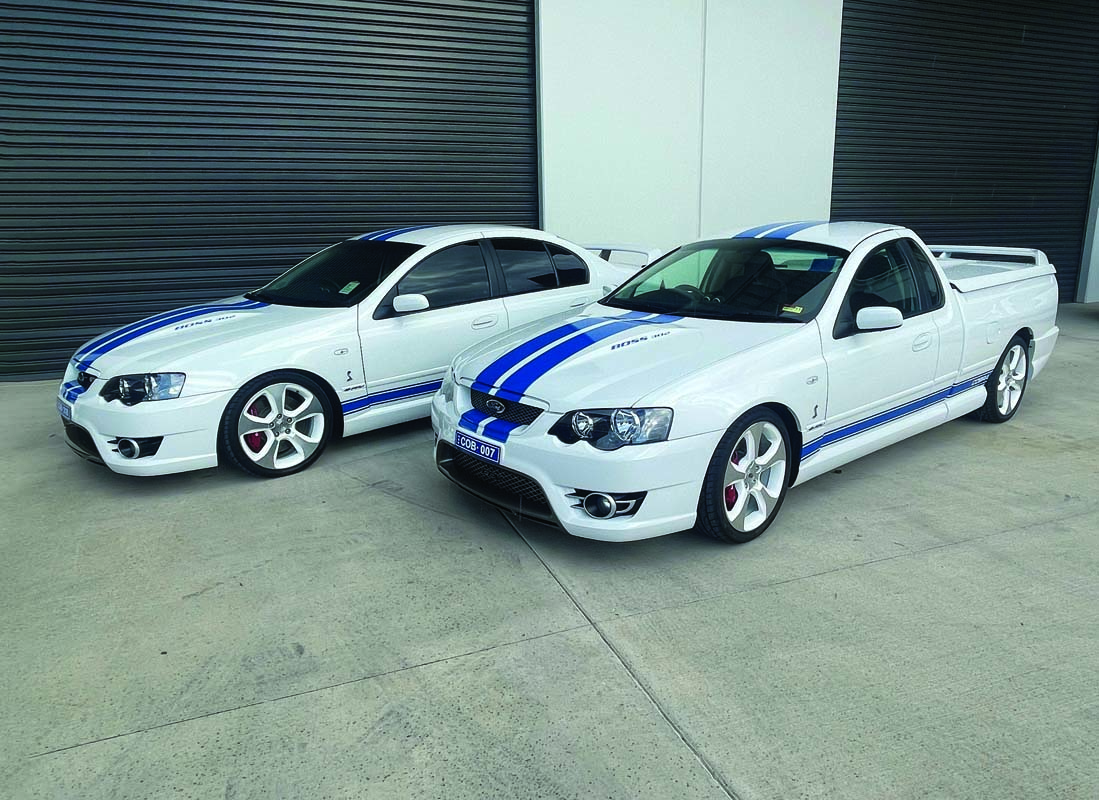 At the time of the original Cobra’s conception, Ford was struggling to shift 2-door hardtop bodies. Holden had the same problem, so had already transitioned the Monaro nameplate onto a 4-door platform, with their last full-sized 2-doors offered in late 1976.

Ford had enjoyed success with the John Goss Special hardtop from 1975, so it was thought that another special edition - of some sort – would be the answer to shift the remaining hardtop body shells that had already been produced. 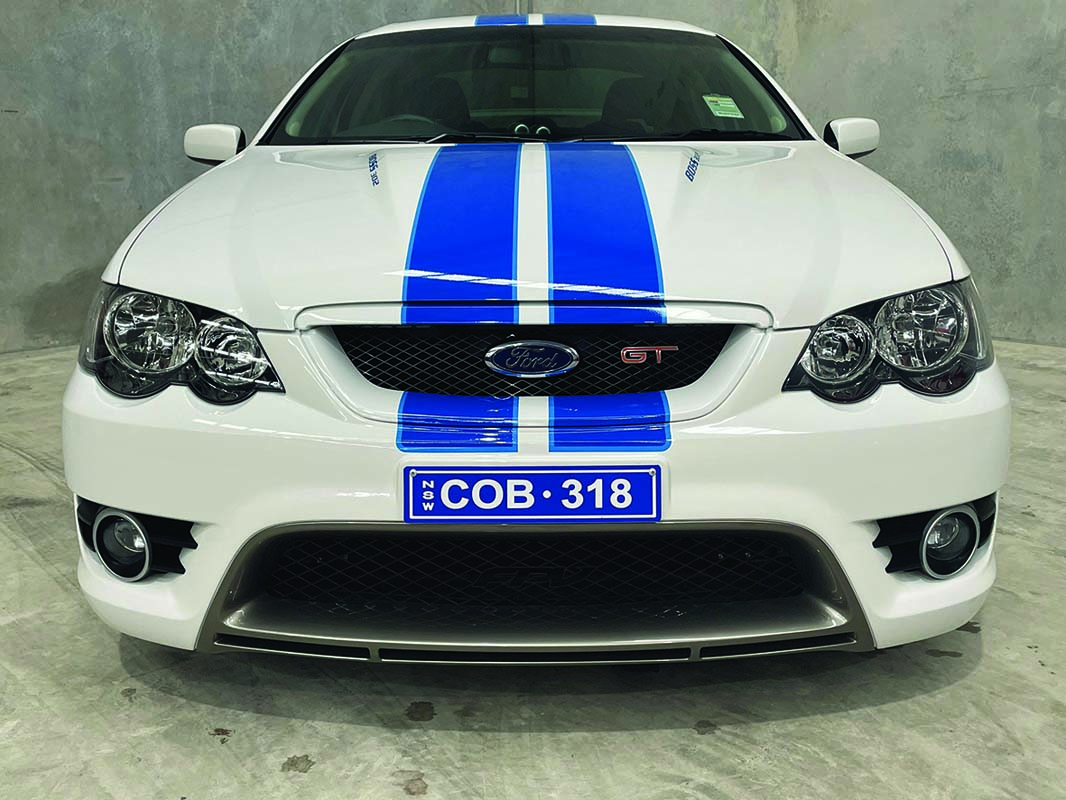 At the time, Edsel Ford II, Henry Ford’s great grandson, was working as Assistant Managing Director of Ford Australia and it was he who suggested what would become the Cobra.

Look for images of a 1976 Mustang II Cobra and you’ll see where Edsel got his inspiration from, but the blue racing stripes over white look had been made famous a decade earlier on the original Shelby Mustang GT350.

With the Cobra signed off in early 1978, Ford allocated 400 of their XC hardtop shells to the programme, which left a handful to complete as regular Falcons and Fairmonts. 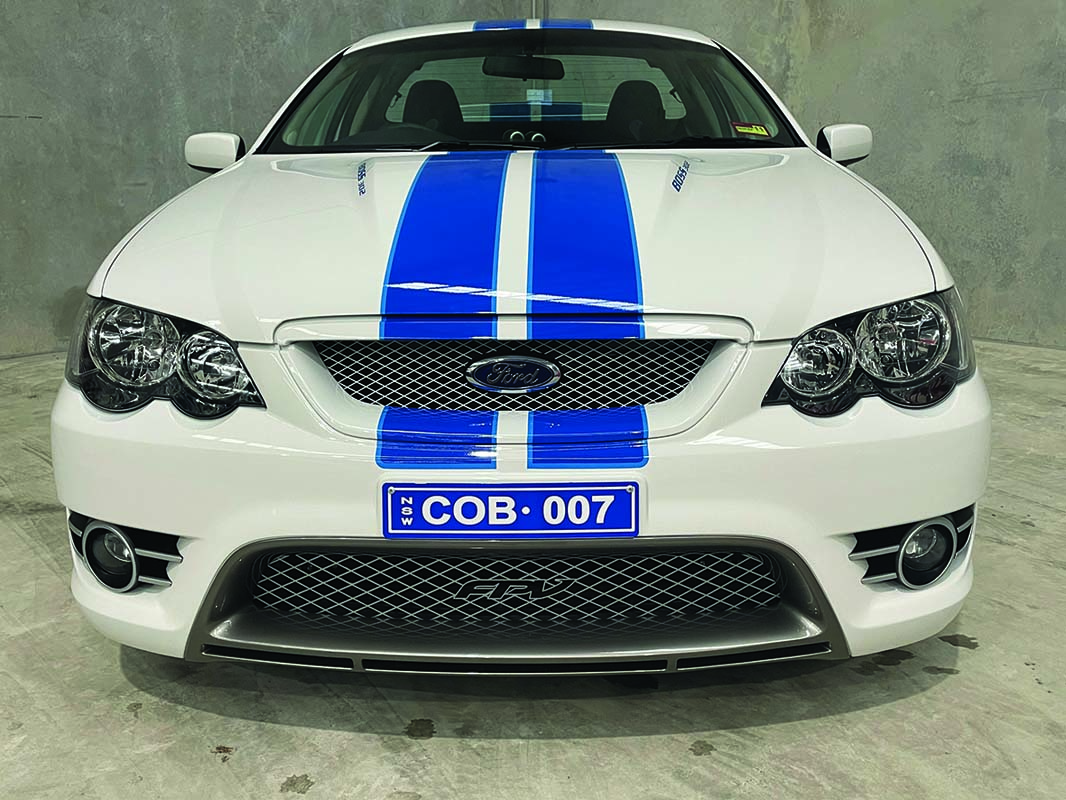 Aside from the bold paint scheme of twin blue racing stripes and blue lower sections on a white body, the XC Falcon Cobra was also defined by body-coloured bumpers, a ventilated bonnet, ‘Bathurst Globe’ alloy wheels and front and rear spoilers.

Inside, black cloth seats carried broad blue stripes and there was an individual plaque on the glovebox lid carrying each Cobra’s build number - 001 to 400. 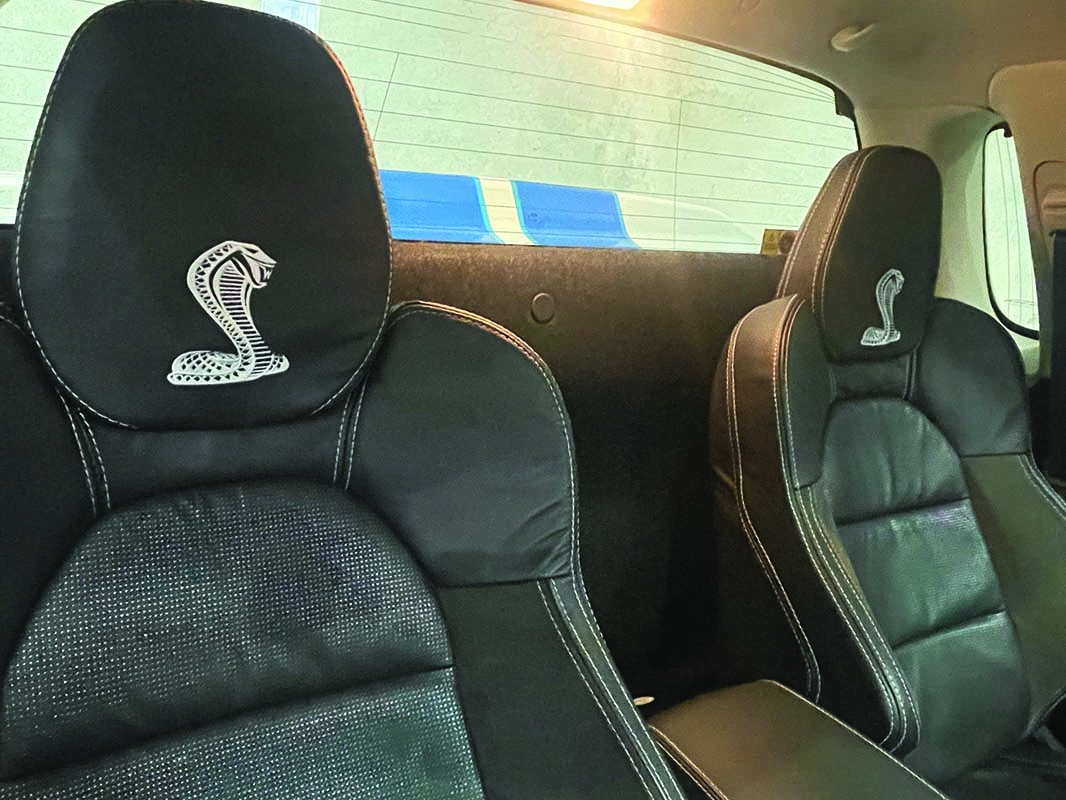 Upon release in late 1978, all 400 Cobras were snapped up quickly, and thanks in part to their look-at-me appearance, they’ve been fan favourites ever since. Given that instant and ongoing appeal, it’s no surprise that various XC Cobra-inspired one-offs have popped up in the years that followed – some home-built and at least one produced in-house at Ford.

Ongoing interest in the Cobra convinced Ford that a new-generation version would be a hit. They had toyed with the idea as far back as the early 1990s, but it took until 2007 for it to come to fruition.

That same interest also convinced Ford to expand the Cobra onto a ute platform in addition to the sedan. Build totals would be 400 for the sedan and just 100 for the ute.

Both units would be based on FPV’s version on the BF MkII Falcon platform - the GT R-Spec sedan and Super Pursuit ute. Each unit would be powered by the ‘Boss’ 5.4-litre V8 offered in other FPVs, but ensuring the new Cobra would have the credentials to match its famous forebear, various engine modifications kicked power up to 302kW – a deliberate number to match the 302 V8 offered on the original XC Cobra – and 540Nm.

A choice of six-speed manual and six-speed automatic transmissions were offered, with the rest of the running gear unchanged from existing FPV specs.

Completing the exterior spec were 19-inch wheels that were unique to the Cobra, finished in white with machined faces, and shod with Dunlop SP Sport Maxx tyres.

Inside, black leather seats were standard, with uprights carrying embroidered Cobra snake logos, while a numbered plaque was added to the centre console.

Upon its release, list pricing for the new Cobra was $65,110 for the sedan and $61,200 for the ute. Despite that pricing, FPV dealers had no trouble shifting the entire 500 vehicles produced and could ask for premiums in the order of tens of thousands of dollars. In the initial frenzy, early buyers were flipping their cars for healthy profits, too.

It all calmed down in the years that followed, but now, the ‘COVID Boom’ in collectable cars has seen interest in these limited editions grow again.

The Cobras on offer through Slattery Auctions this July are outstanding examples, consisting of sedan #318 and ute #007.

Purchased by different buyers originally, the pair were united under the second owners who are consigning them for auction.

Both Cobras are bone stock, with no extras, accessories or replacement parts added, making them additionally appealing for collectors.

Both are ultra-low-mileage units, too, with 1,303km on the sedan and just 63km on the ute.

Given that mileage, it’s no surprise that each vehicle has a spotless engine bay and as-new interior. As an additional draw, the sedan has been signed by 2007 Bathurst winners Craig Lowndes and Jamie Whincup on the glovebox.

Of course, if you’re looking to drive these units, they’re ready to go, too. They’ve both been maintained, with no mechanical repair or refurbishment needed. Both are currently unregistered

While these Cobras are being auctioned separately, they’d make an ideal matching pair for the Ford fanatic or enthusiast of iconic Aussie cars. 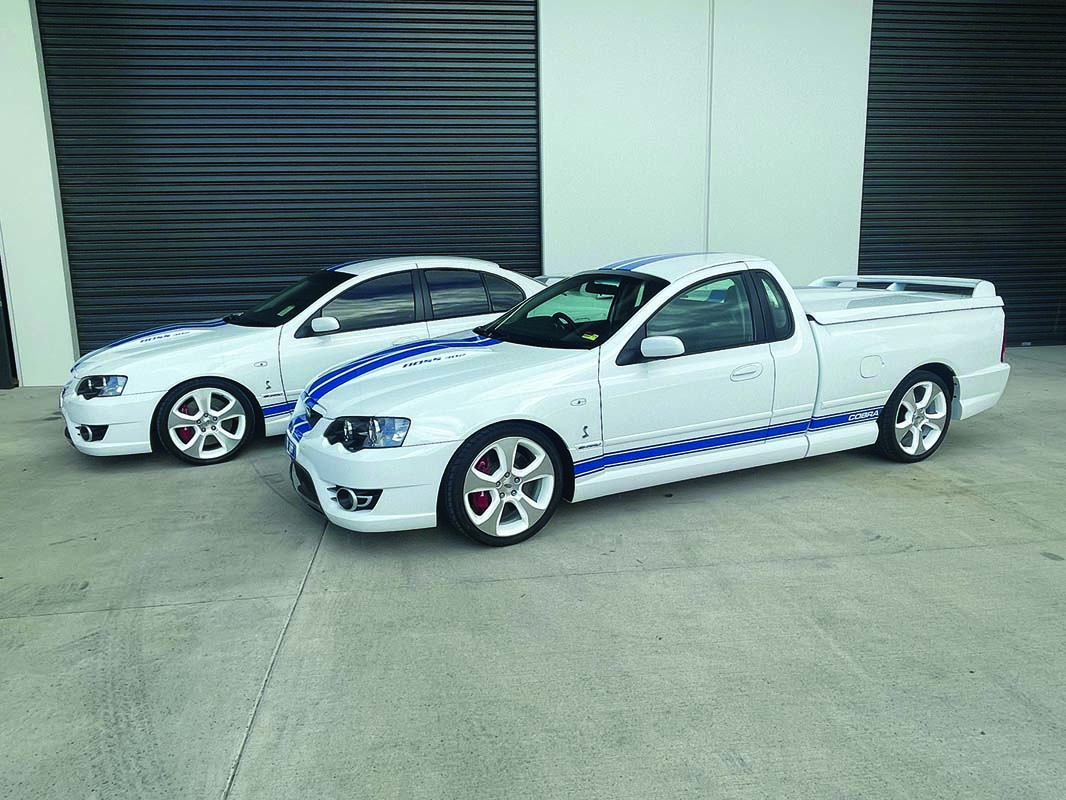 Currently up for grabs with Slattery Auctions & Valuers, the 2007 FPV GT R-Spec Cobra #318 and Super Pursuit Cobra ute #007 are amongst the most outstanding low-mileage examples of the reborn Cobra that you’re likely to see.

Each vehicle is being offered separately, with starting bids of $50,000 for each.

For more details, go to:  slatteryauctions.com.au and search for ‘Cobra’.