Attractive, fast, innovative and (relatively) affordable, the Urraco had all the ingredients to be successful, but was it?

For the most part, Lamborghinis have been expensive and exclusive. But in the late 1960s, the Italian carmaker started to develop a car that would offer a more affordable entry into Lamborghini ownership.

The idea of a junior model from Lamborghini goes back to 1963, the same year that the very first car rolled out of the Sant’Agata Bolognese factory.

Lamborghini’s large and expensive Grand Tourers, like the 350 GTV and 400 GT had their merits, but there were far from mass market vehicles. Company founder Ferruccio Lamborghini recognised that, for a niche carmaker, an increase in production volume was essential to survival.

Noting the success of Porsche’s then-new 911 in the mid-1960s, Ferruccio reasoned that his company’s bottom line could benefit from the addition of a similar car that was both smaller and more affordable than the existing Miura and Espada. Somewhat ironically, turning the idea of a cheaper Lamborghini into reality was fuelled by the early success of these models. 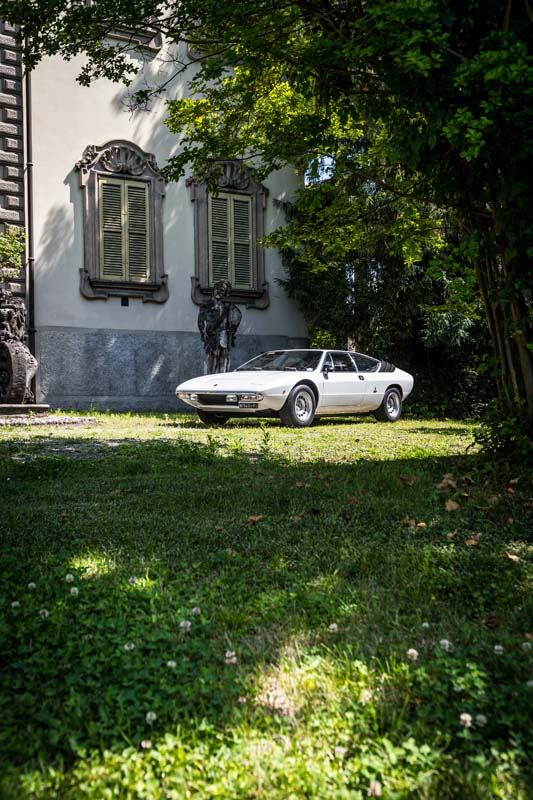 While its development was broadly a reaction to changes in the economic climate and automotive market in the late 1960s, the Urraco was, more specifically, a response to Ferrari’s launch of the Dino 206 in 1967. While Porsche’s 911 had indicated there was a market – in Europe, at least – for an affordable sports car, the success of the Dino proved it.

In 1969, development of the Urraco got underway in earnest, led by Lamborghini’s then Chief Technical Officer, Paolo Stanzani.

One of Stanzani’s key considerations was the engine. Taking a bank of cylinders off Lamborghini’s existing V12 - creating a ‘slant six’ of sorts - was considered, but ultimately rejected in favour of a V8. 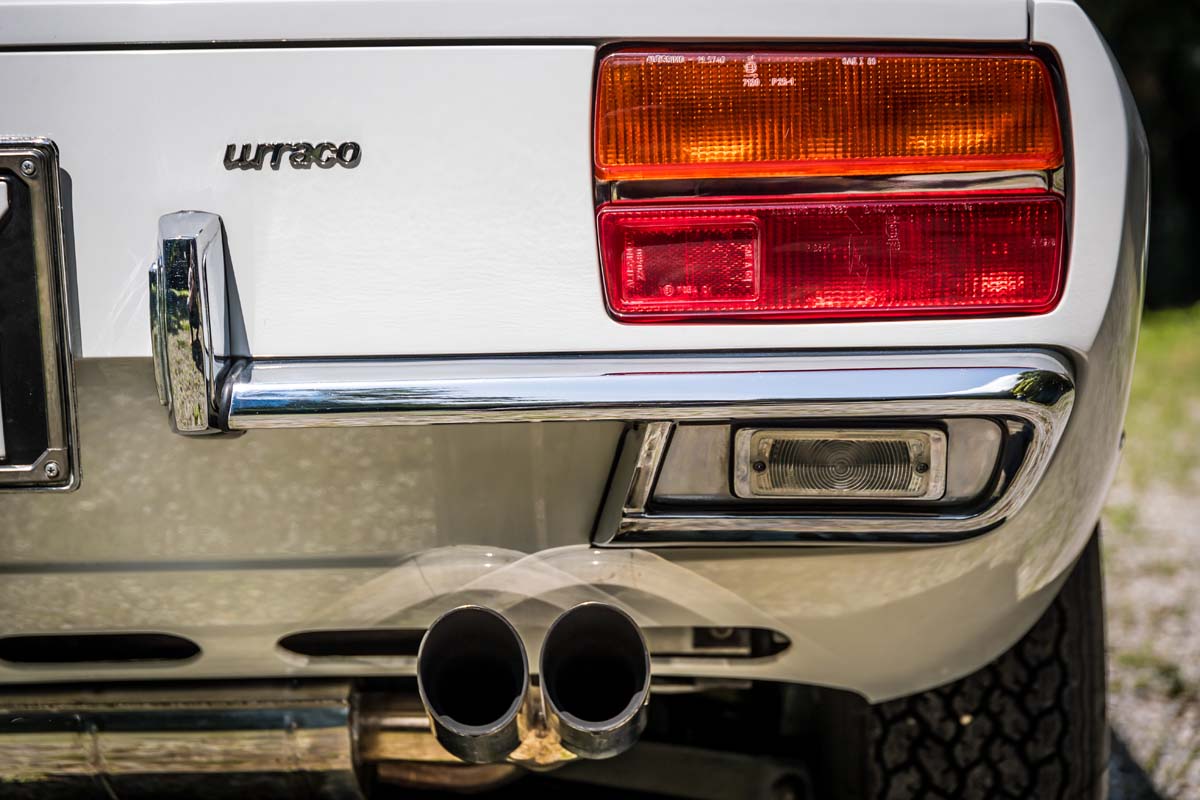 New from the ground-up, the V8 was designed to be usable in different driving conditions and easy to service, as well as being adaptable to emissions regulations that were starting to come into effect.

While the all-aluminium construction was fairly innovative for the time, the 2.5-litre V8 was less adventurous in other respects, with single overhead camshafts and 2-valve heads. The “Heron Chamber” head contributed to the engine’s compact dimensions, as well as being simpler and cheaper to make, but the interference design meant disaster if a timing belt let go. 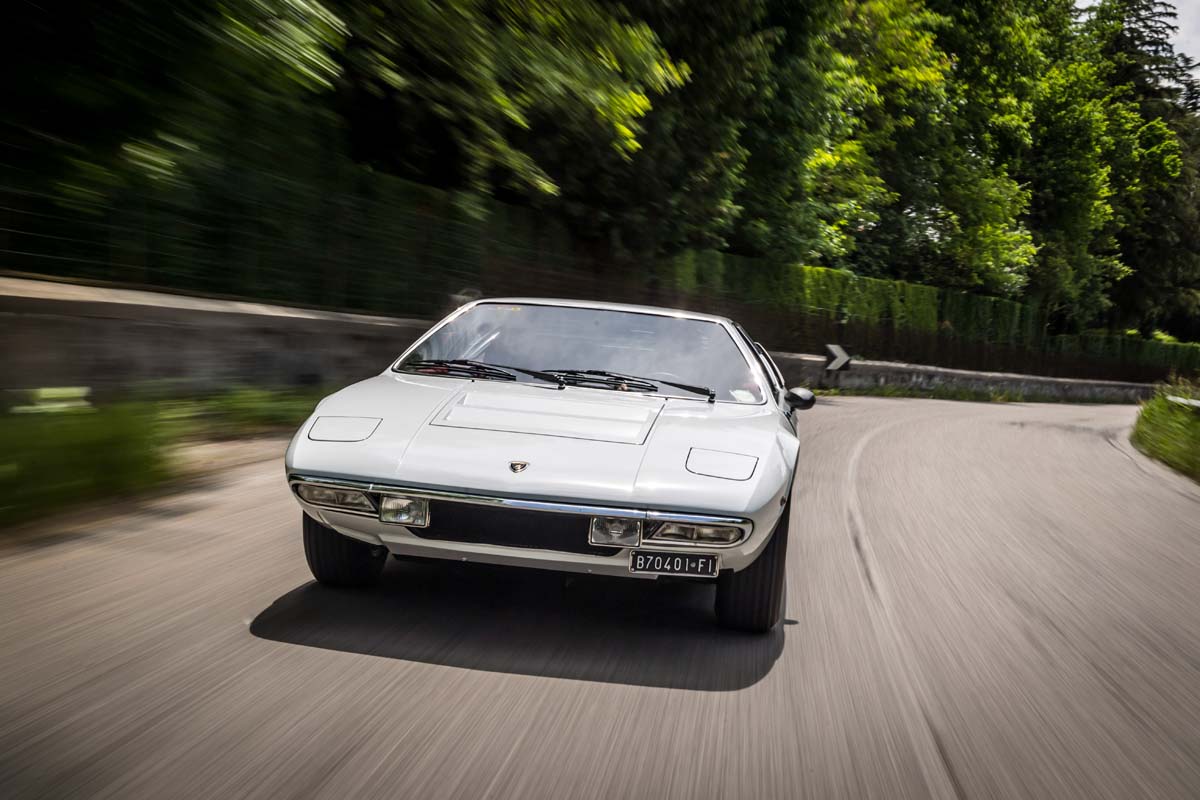 Mounted transversely behind the rear seats in the Urraco’s 2+2 cabin, fed by a quartet of Weber carburettors and attached to a five-speed manual gearbox, the V8 produced a claimed 220hp (164kW) at 7500rpm, which in terms of horsepower-per-litre, was the same as Lamborghini’s V12. 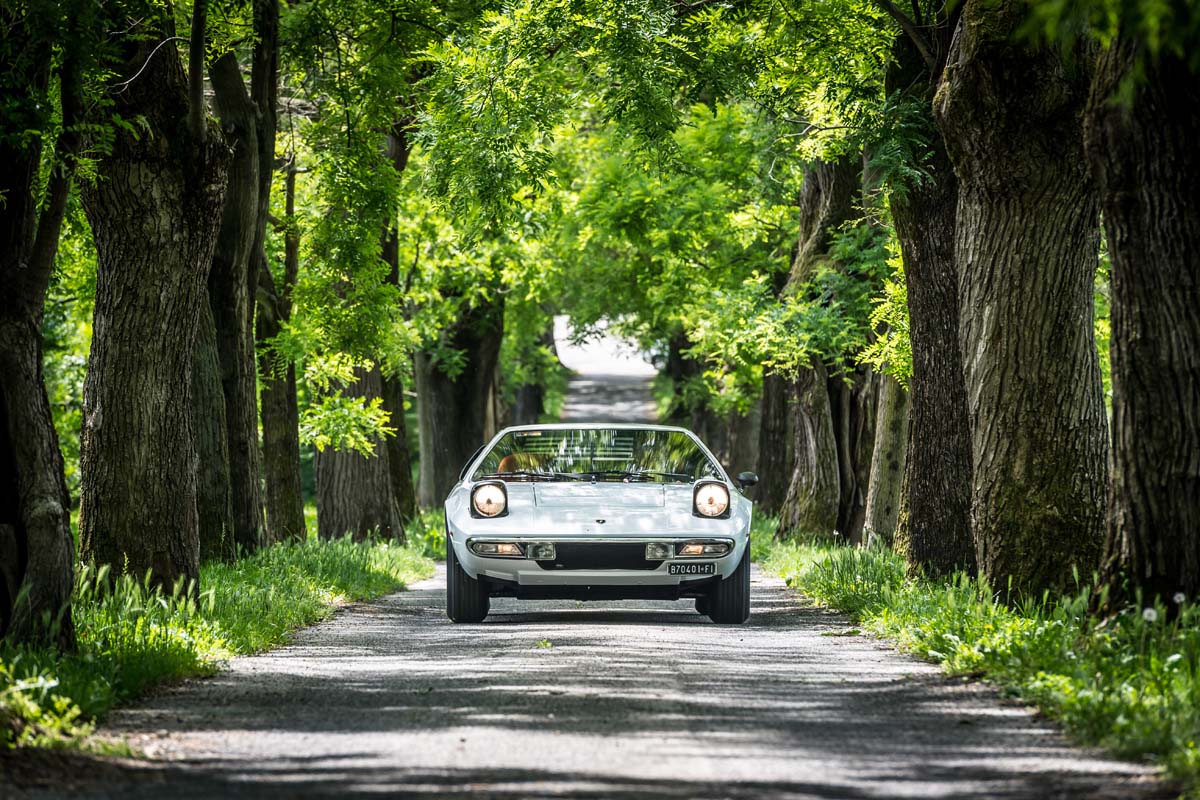 Space savings made possible by the engine and gearbox configuration were enhanced by the suspension design, which featured MacPherson struts all round. While these were commonplace in the front end of cars by the late 1960s, fitting them at the rear was a first, with the Urraco allegedly just beating the Datsun 240Z to debut the arrangement. However, the system wasn’t perfect and took some development, which was a factor in the delay between the Urraco’s presentation and its introduction to the market.

Thanks to Bertone’s outstanding work on the Miura and Espada, they were the natural choice to style the new entry-level Lamborghini. Producing a design to satisfy Ferruccio Lamborghini wasn’t so easy, though, with two prototypes presented and rejected before a third was accepted. 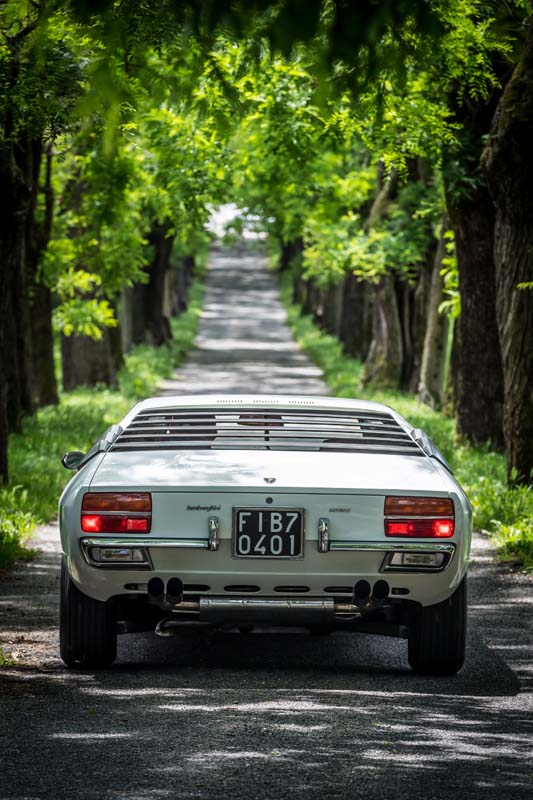 Making its debut at the 1970 Turin Motor Show as the ‘Urraco P250’ (P for the ‘posteriore’ rear engine and 250 for its 2.5-litre capacity), the new Lamborghini took its name from the Spanish for “little bull”.

Response was positive and immediate, but the car presented that October was still some way off being production ready, and even allowing for the sort of delays and problems inherent in bringing any new car to market, Urraco development dragged.

Problems with the all-new engine and innovative suspension ran through 1971 and deep into 1972 before the first production models were finally released. Even then, the Urraco wasn’t fully sorted, as those early adopters found to their detriment. 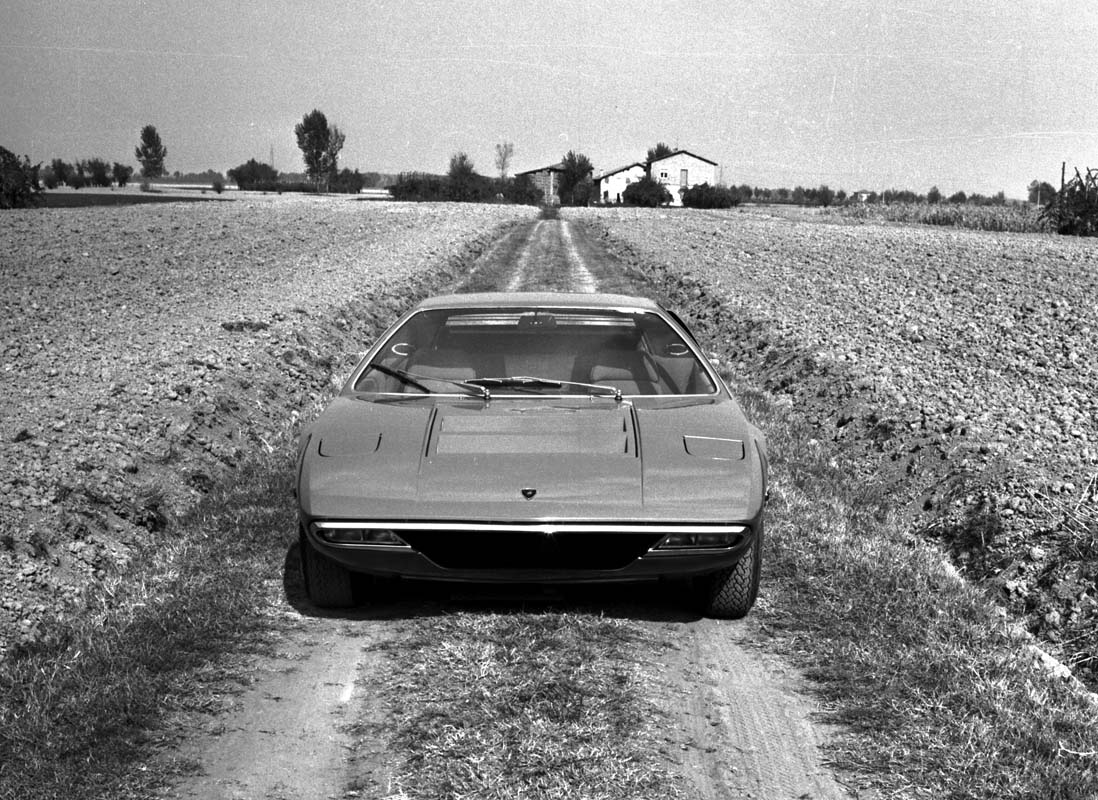 Combined with questionable build quality on those initial vehicles, the delays in the Urraco’s release had a major impact on Lamborghini’s grand plans for their 'budget supercar'.

Sant’Agata Blognese had tooled up to produce as many as 1,000 Urracos annually, but by the end of 1973, only 310 units had left the factory. 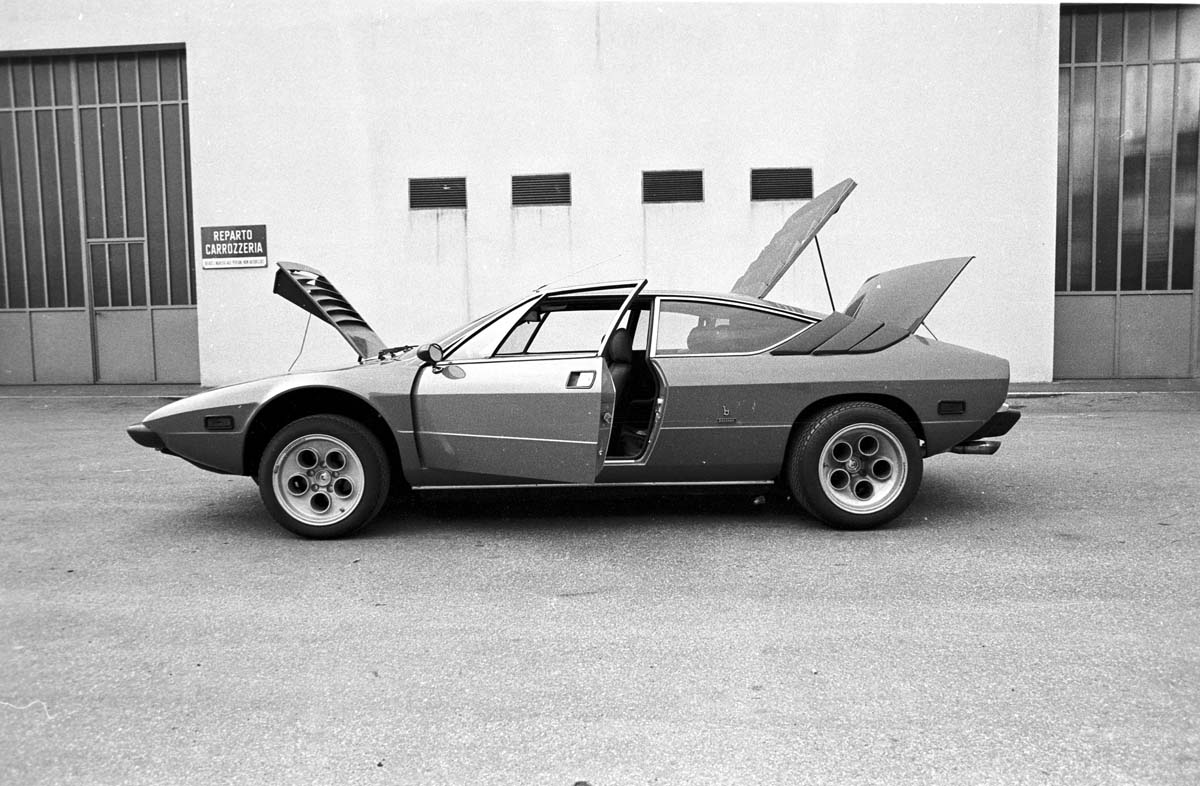 In the same year, Ferrari released their Dino 308 GT4, which borrowed the Urraco’s formula of mid-mounted V8, as well as 2+2 seating and Bertone ‘wedge’ styling.

Whether the 308 GT4 was a better car than the Urraco is debatable. The Ferrari was more successful, though, with 2,826 units produced over a seven-year period, while total Urraco production was less than a third of that.

Lamborghini’s problems during the early 1970s weren’t limited to the Urraco. Losing money at a fast rate and sitting on stockpiles of unsold cars, Lamborghini was also subject to industrial unrest and suffered under the first oil crisis, leading Ferruccio to walk away from his company in 1974. New management authorized Stanzani to run operations and green lit two Urraco developments. 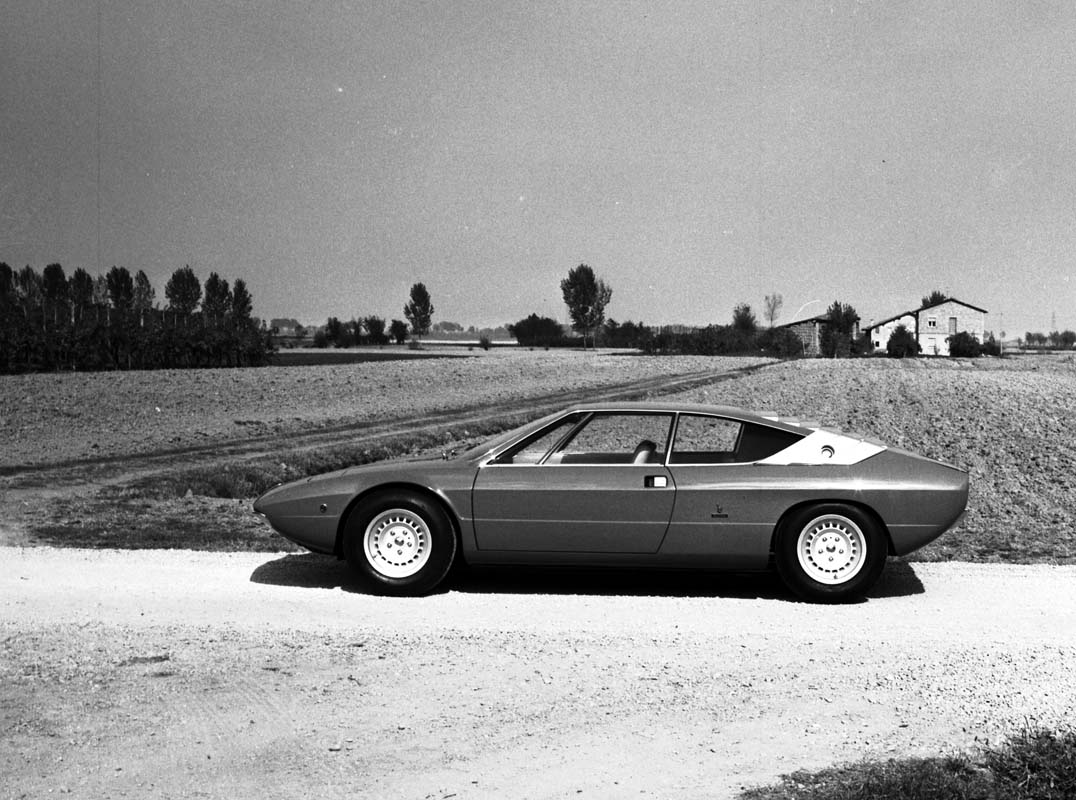 The first was a ‘P300’ variant that increased engine capacity to 3.0 litres and improved the suspension and transmission, as well as build quality. Minor exterior and interior changes came with the update, but only a knowledgeable eye can pick the differences between a P250 and a P300.

At the same time, a ‘P200’ variant was also developed. As the name suggests, this ran a 2.0-litre version of the V8, created specifically for the Italian market and designed to avoid new, exorbitant taxes being applied to passenger vehicles of more than 2.0-litre capacity. 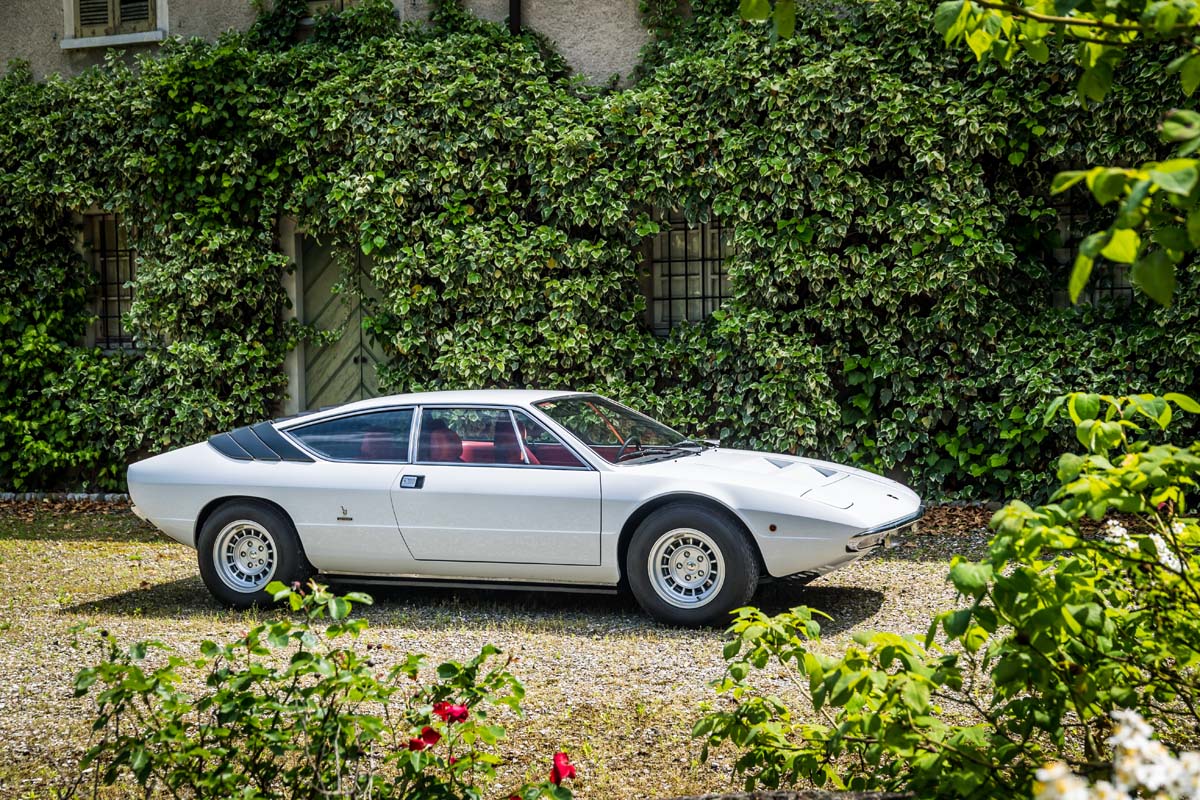 While both were fine cars in their own right, neither achieved the sort of volume Lamborghini originally envisaged. As such, when Urraco production ended in 1979, a total of 791 units had been built (some sources say more, others less).

By this stage, Lamborghini was in receivership and would pass through three owners in the next twenty years before finding stability under Volkswagen – and specifically Audi – ownership.

In terms of pure numbers, the Urraco wasn’t a success, but elements of its design and engineering, along with the concept of a “budget supercar,” would come to fruition more than two decades later in the form of the Gallardo and continues today with the Huracán.

That ethos of affordability that drove the Urraco’s development remains true today, as it’s one of the most affordable classic Lamborghinis you can buy. 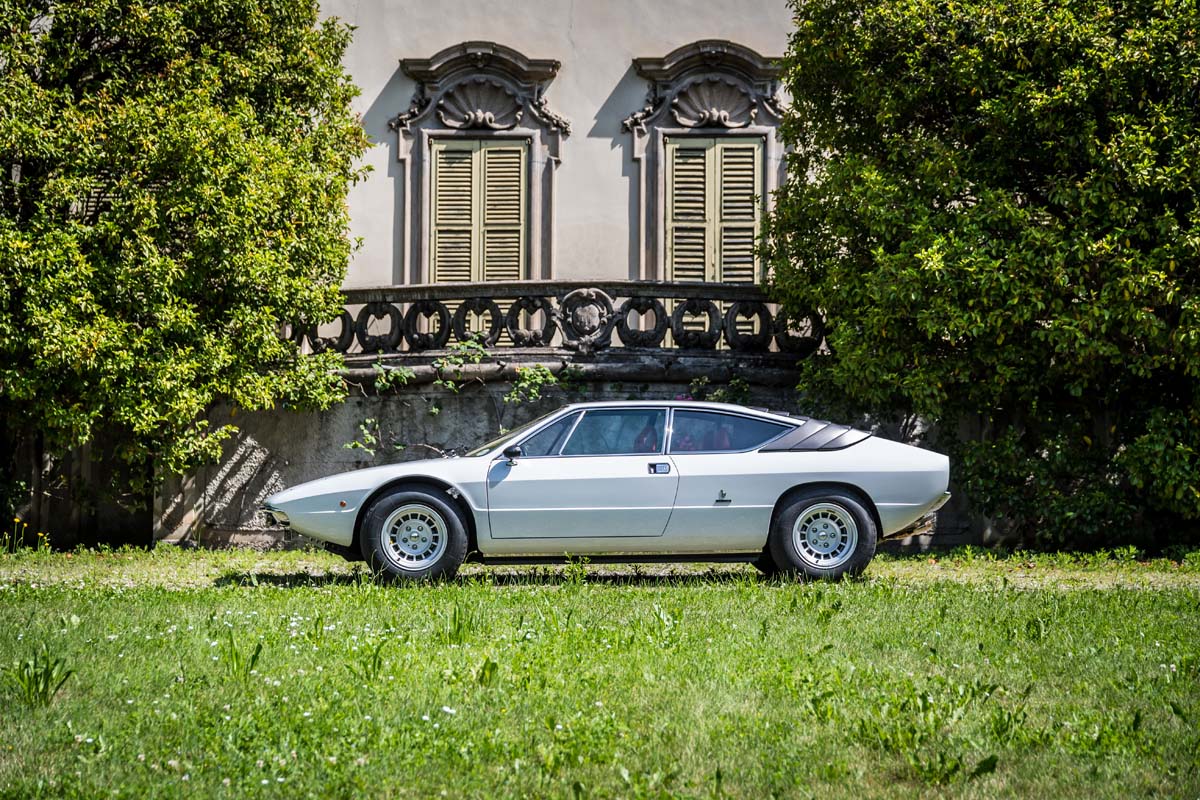 Despite its low production numbers, enough examples were produced in right-hand drive that they surface in Australia more often than you’d think and are usually in better condition than UK/Euro market models, too.

Prices vary, but European auctions rarely see Urracos reach six-figure sums, which translates to around AU$150,000 for outstanding examples here, but good usable versions can be had for around AU$100,000, depending on condition and kilometres.

Servicing is a less daunting prospect than it is on some of the more handcrafted Lamborghinis, as the Urraco used many bought-in components to reduce development costs. As such, some Urraco parts are the same as those found on Fiat, BMW and even Mercedes cars.

So, if you’re hankering for a Lamborghini but don’t have a lot to spend, the Urraco is a good place to start.