Combining past experience with fresh thinking, Smart Restoration are bringing a new approach to the business of classic vehicle restoration.

Time and Money. These two elements apply to just about any business, but they’re particularly applicable to the business of classic car restoration.

As many of us don’t have the skills to undertake restorations ourselves, we turn to the professionals. Be they comprehensive restoration businesses with virtually everything under one roof, or a succession of specialists in the fields of panel beating, spray painting, engine rebuilding, auto electrics and trimming. It's here where the 'time and money’ component kicks in. 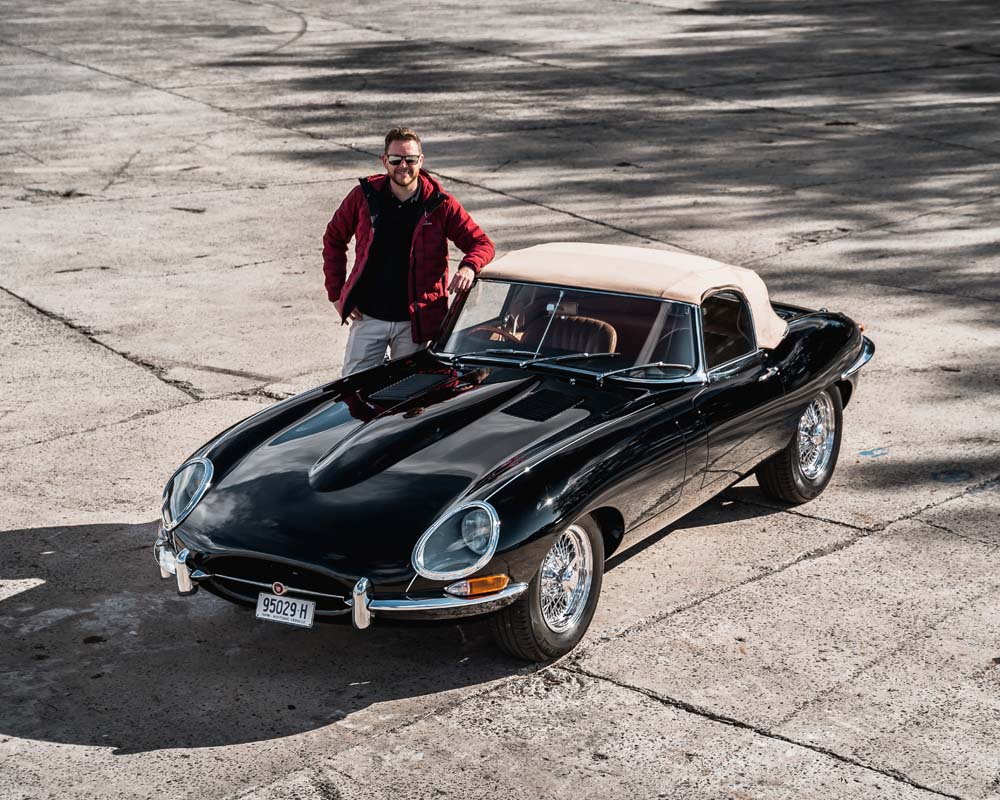 While there are plenty of great businesses out there doing exceptional work, the time this work takes, along with the money it costs, can be a frustration. Being in the restoration business himself, Nick Dunnage recognised this, so he founded Smart Restoration six years ago to not only speed up the process of classic car restoration, but make it more affordable, too.

Nick has almost 30 years’ experience in the field, including time at some of Australia’s largest and most respected restoration specialists. Over the decades, he’s built up an impressive set of skills, but more importantly, he’s established a big network of contacts in the industry.

It’s that network of trusted, quality businesses that Nick utilises for Smart Restoration, in what he says is a new approach to classic vehicle restoration.

“I run quite a unique business,” Nick explained. “I do a lot of hands-on work myself, but I also have a large team of specialist sole traders and businesses that work for me and I tie the whole thing together."

This role, like that of a project manager in the building industry, allows Nick to drive these restoration projects more effectively. Nick says this approach makes the restoration process faster, too.

“The complaints I used to get all the time in previous businesses were ‘It takes too long’ and ‘It costs too much’. For example, some projects were taking ten years to restore when they could have been done in two.

“So, the principle of my business is to speed up the restoration process, stop the bottlenecks and get the job done for a really fair price at the highest possible quality.”

Nick believes this approach is unprecedented, at least here in Australia, and the response has been beyond expectations. The business has really taken off, to the point where Nick’s been able to farewell other obligations and make Smart Restoration his sole focus for the past three years. 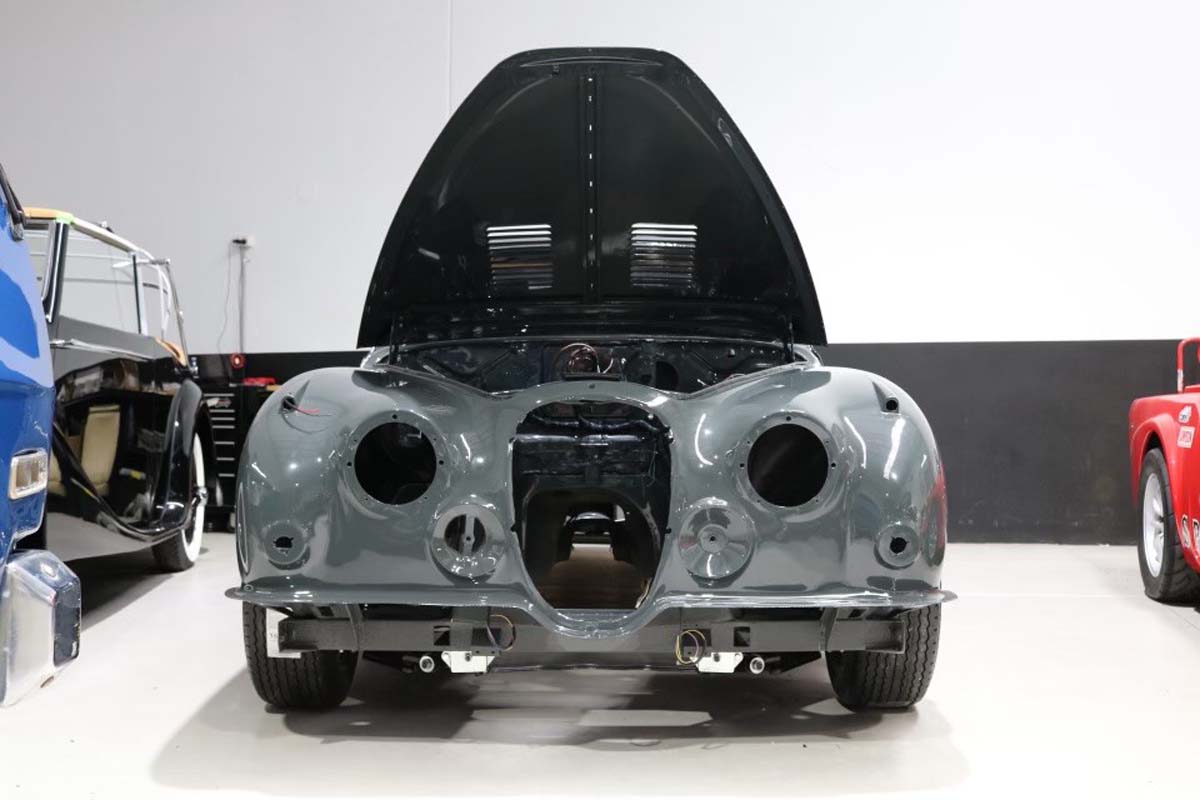 As a project manager, Nick says it's important to oversee restorations as they progress, ensuring standards of quality are being upheld. As such, he chooses most of the required specialists from within his home state of NSW.

“I stick with businesses in NSW, where I can keep an eye on things myself. I travel to Dubbo, Newcastle, north and South Sydney – far and wide in the state, really,” Nick explained.

But when the project calls for it, and as long as they can deliver the quality he and his customers demand, Nick’s network means he can call on specialists from all over Australia.

“Quality is key for me and I offer a very high quality product – as good as anything the top restorers in the country would offer.”

Nick adds that he does have to be hands-on to a degree, but it’s within reason and whether to go elbows deep into a project or remain at arm’s length will always be determined by what’s going to deliver the best finished result.

If you cast an eye over the Smart Restoration projects completed to date (at www.smartrestoration.com.au), you’ll notice a strong Jaguar flavour. This hasn’t been intentional, more the result of customer word-of-mouth, but Nick concedes a fondness for British classics and a particular affection for Jaguars.

“A car’s a car and I can restore anything, but my real passion is Jaguars, particularly the earlier models. They’re what I love and what I know.”

Jaguar projects in progress and coming up include more E-Types, a rare MkIV Drophead Coupe and a Mk2 in the style of the competition-spec ‘Coombs’ Jaguars from the 1960s.

That being said, Aussie muscle cars, including a Charger R/T E38 and Monaro, European exotics like Ferrari, and Japanese sports cars have featured amongst past restoration jobs. 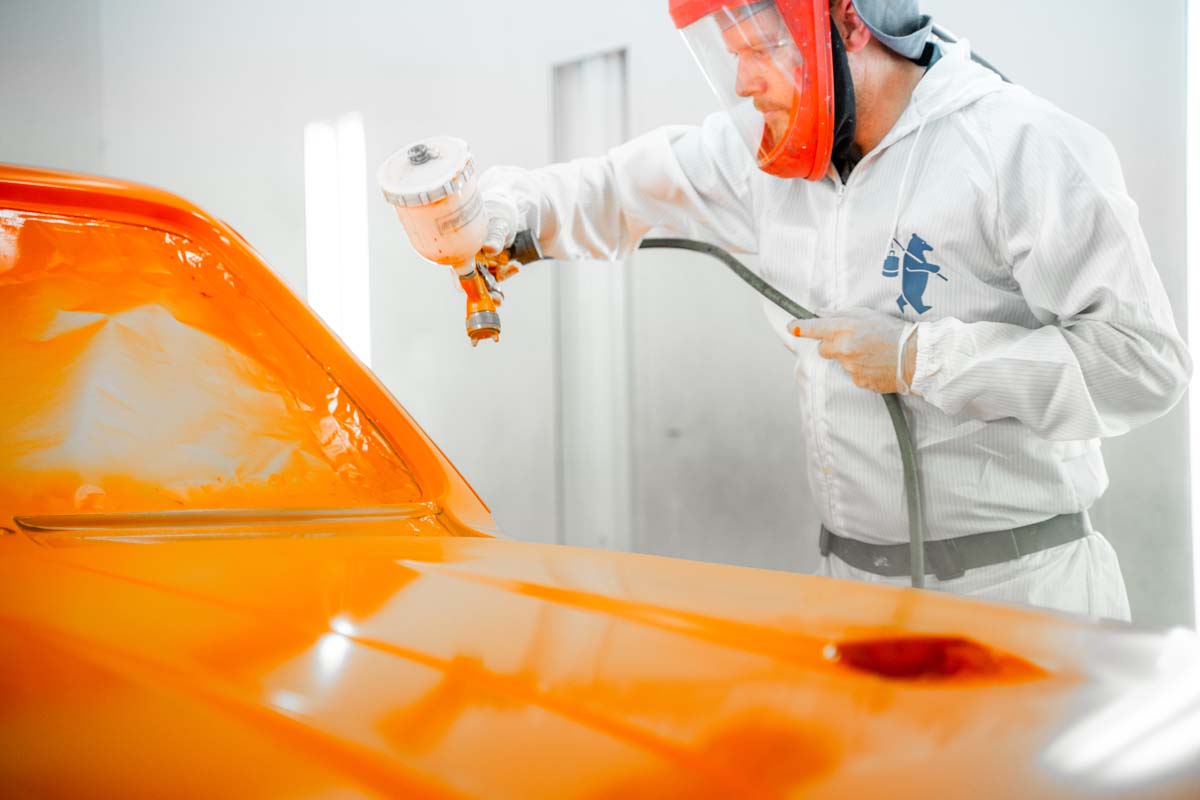 Prior to establishing Smart Restoration, the most unusual project Nick took on was an Aston Martin Lagonda – a premium saloon from the ‘70s that was renowned for its wedge-shaped styling and highly advanced electronic instrumentation.

The biggest job Nick’s worked on was a very rare 1952 Aston Martin DB2/4 Mk1 DHC that was missing half of its components and needed a ton of time just researching its history before any spanners or angle grinders came into use, but was absolutely perfect when completed.

“The most challenging restoration, which I did recently as a joint venture with another company, was a HT Monaro restomod to Pro Street spec. The paintwork on that alone was humungous – underneath, inside, everywhere – there was 700 hours in the paint alone. An epic task.”

While Smart Restoration is enough to keep Nick busy, he’s looking ahead to the growing field of EV conversions of classic cars, setting up ‘EV Smart’.

It’s very early days, but there’s already a project nearing completion in the form of a rare 1968 International Scout that’s had its original petrol engine replaced with an electric motor and battery out of a Tesla. 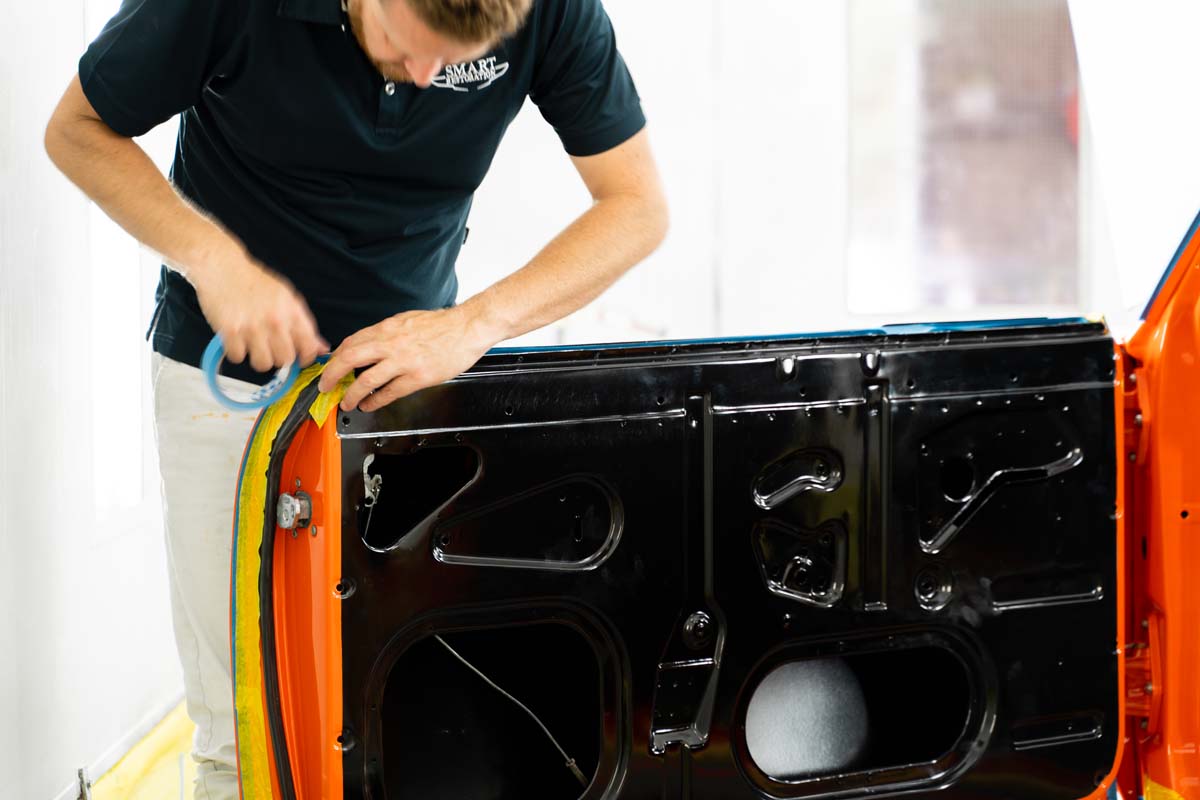 The Scout’s body-on-frame construction has made some elements of the conversion easier, but the desire to keep some of the American-spec componentry presented challenges, too.

“To EV that, we had to change the entire driveline to handle the torque,” Nick explained.

While the EV conversion of classics is a very new field and one that’s evolving rapidly, it’s one that interests Nick and he sees EV Smart as a neat fit for what he’s already doing with Smart Restoration.

Be Prepared to Pay for Quality

With his decades of experience in the field of restoration, Nick has seen too many potentially great cars undone by customers going for the cheapest option.

“The biggest mistake some people make is choosing whoever offers the cheapest price. But, that cheapest price can sometimes mean that, when the job gets too hard or something goes wrong, the car gets parked, the relationship breaks down and it ends up costing them twice what they would have paid if they went with the good guy the first time.” 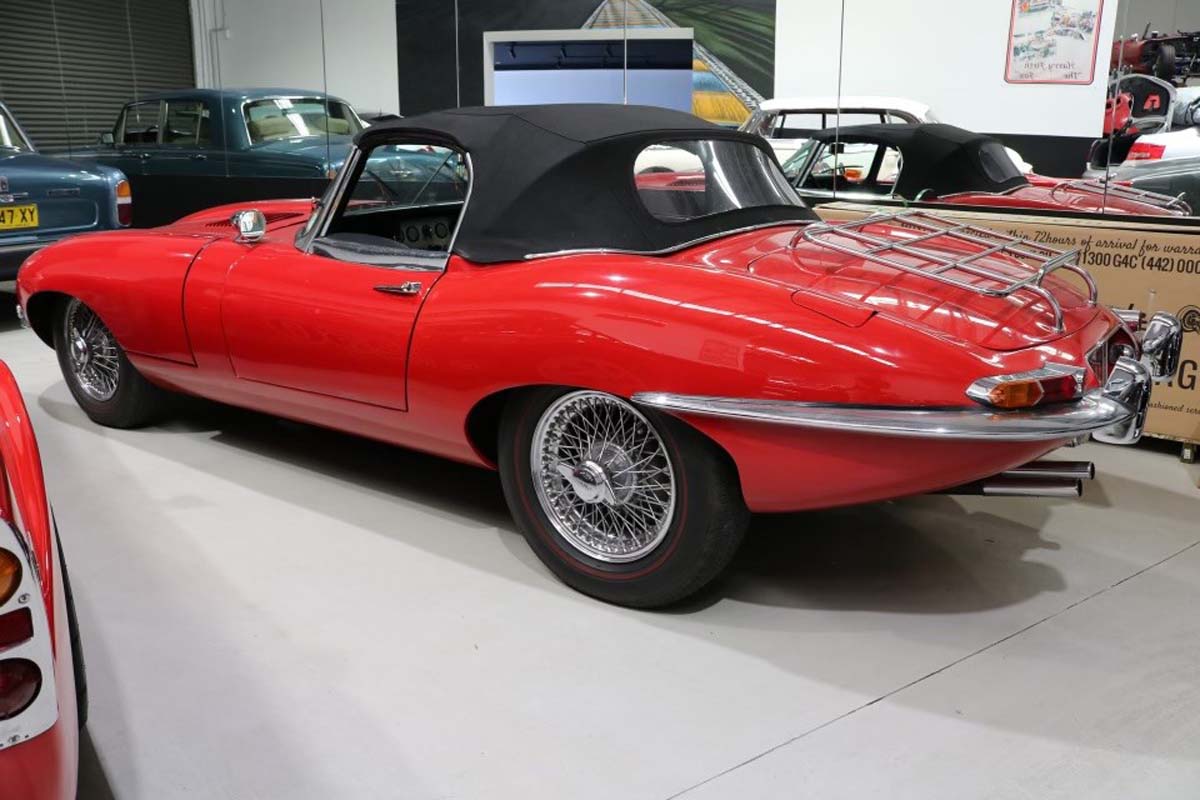 The takeaway from this is be prepared to pay for quality, as it’ll be worth it in the long run.

Of course, finding the “good guy” who’ll do the job properly means doing your homework – like checking out what cars are winning concours events and who restored them, as well as asking around at car clubs and other events.

Of course, Nick believes he fits into the good guy category, but he’s not boasting in that opinion. He has the history and a showcase of outstanding past projects to back it up.

Nick’s keen to bring Smart Restoration quality to a wider audience, so is open to conversations about your upcoming or stalled project – and how to bring it to completion - via a free phone consultation.

If you’re concerned about the budget for your restoration project, Nick can help there, too.

Smart Restoration offers finance, via a finance broker package that uses the vehicle as equity.

“These cars are assets now and lenders will lend against them, same as if you were renovating your home. The design of this finance package means the customer isn’t governed by their cash holdings, thus speeding up the process of restoration.”

Of course, getting the job done quicker ultimately saves the customer money, too.

“If you’re not happy with your project and where it’s at currently, give me a call.,” Nick says. “I can be a guiding light.”