This is more than four seconds quicker than the existing lap record for a GT3 category car and the quickest for any form of non-open wheel racing car.

It was the first outing for the newly arrived Ferrari 458 GT3, which will be campaigned in Australia by Maranello Motorsport and their sponsor Il Bello Rosso, and the Ferrari is now a front runner for the Armor All Bathurst 12 Hour event in February.

Straight out of the box, the Ferrari has proven to fast and easy in which to be highly competitive, as Maranello Motorsport Managing Director, Mark Coffey explained:

"The 458 is a great car. It's worth the wait and really is amazing how the time we spent at the factory with Michelotto has paid off with the car so quick and stable so quickly.

"It's terrific to not need months to dial it in. There'd been a lot of people with stopwatches around the track and to now have confirmation of the new record during the team's first test is very exciting so we're looking forward to the racing."

With half of the driver lineup on hand to complete the opening test, Simonsen was joined by regular Maranello endurance driver Peter Edwards who also took to the new machine with ease, putting in the fast times and feeling settled in the new chassis.

Having experienced the 458 in his international racing commitments, Simonsen was thrilled with the race package of the Maranello Motorsport entry, saying,

"This car is damn fast! Given this is our first test, it's certainly nice to break the lap record finally and we did it in style.

"From the first laps at Bathurst the car was very quick, given it has a great setup baseline from running in Europe this year so we knew we'd be able to work from where they'd left off.

"The power and the chassis are so complementary and I'm feeling really comfortable in the car and with the team.

"These new generation cars are all going to have a fast pace, and there's no doubt the (Bathurst) 12 Hour is going to be very fast and incredibly competitive - it's an event I'm definitely looking forward to on the calendar." 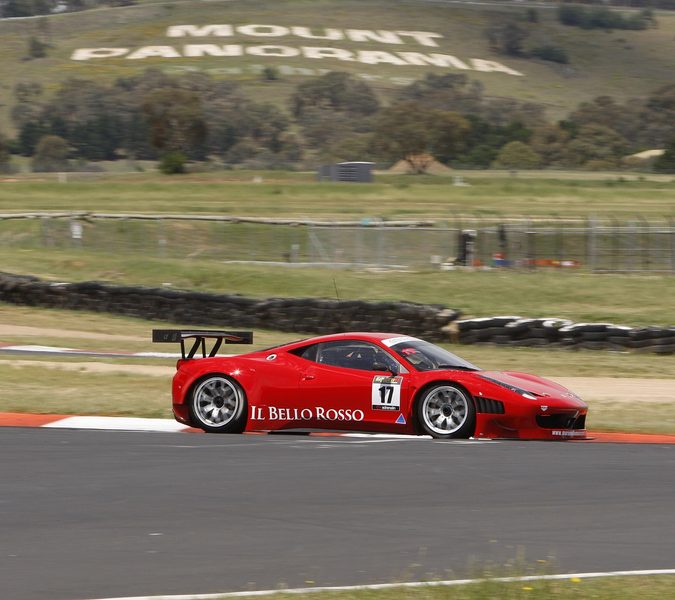