The following part of the company's history, however, bears the stamp of Luca di Montezemolo, who arrived at the end of 1991. Taking Enzo Ferrari's principles of innovation and courage as his starting point, Montezemolo proved himself the man to take Ferrari to previously undreamed of and apparently unattainable heights of success. Enzo Ferrari was born in Modena on February 18, 1898, and he died on August 14, 1988, at the age of ninety. From an early age he had an interest in motor racing, and was driving the family car by 1911. In 1919 he was turned down for a job with Fiat, instead going to work for a Bolognese engineer called Giovanni who was converting small trucks to saloons and sports cars. He got a job test driving for Construzions Meccaniche Nazionali in Milan, which led to his first race, competing for CMN at the Parma Poggio hill climb in 1919. In 1920 Enzo joined Alfa Romeo as a test driver, finishing second in the Targa Florio.

In 1929 he founded the Scuderia Ferrari, in viale Trento Trieste in Modena, to help his partners compete in motor racing. The Scuderia raced Alfa Romeos until 1938, the year in which Enzo Ferrari became racing manager of Alfa Corse. In September 1939, however, he split from Alfa Romeo and founded Auto Avio Costruzioni Ferrari, in the old Scuderia Ferrari headquarters. While the new company did some work for the Compagnia Nazionale Aeronautica di Roma, Piaggio and RIV, it mostly manufactured machine tools, specifically dynamic grinding machines.

In spite of agreeing to a non-competition clause which prevented him from building cars under his name for a period of four years after the split from Alfa, Ferrari soon began work on two examples of a racing car, an 8-cylinder 1500cc Spyder known as the 815 which went on to take part in the 1940 Mille Miglia. The outbreak of World War II brought all motor racing to a halt and in 1943 the workshops moved from Modena to Maranello, where it continued manufacturing grinding machines despite the fact the premises were bombed in both November 1944 and February 1945.

At the end of the war, work began on designing and building the first 'true' Ferrari, the 125 Sport, a 1500cc 12-cylinder car which Franco Cortese debuted on the Piacenza Circuit on May 11, 1947 and two weeks later drove to victory in the Rome Grand Prix. Since then, the prancing horse cars have racked up over 5,000 successes in track and road races all over the world, creating the legend that is Ferrari today. In order to cope with growing market demand, Enzo Ferrari sold 50% of his share capital to the Fiat Group in 1969, an investment that increased to 90% in 1988.

In spite of this, however, Ferrari has always remained resolutely independent, thanks to a highly specialised output. In 1977, the Carrozzeria Scaglietti, the famous Modena coachworks which had created Ferrari's GT chassis'- and bodies since the 1950's - joined Ferrari. In 1977 Fiat gave Ferrari a 50% share in Maserati, the legendary Modena marque, which it had acquired in 1993. In 1999, Ferrari took over 100% of Maserati, the historic Modenese sports car manufacturer - long a symbol of excellence and elegance - and one of Ferrari's oldest rivals on the track.

Its relaunch was carried out under Prancing Horse management, with both the Trident model range and factory complex undergoing a complete overhaul. With the relaunch complete, Maserati has returned to being under the direct control of Ferrari in April 2005. By the end of 2004, Ferrari's count of championship titles reads as follows: 14 F1 Drivers' World titles, 14 F1 Constructors World Championships, 14 Manufacturers World titles, nine wins at the Le Mans 24 hours, eight at the Mille Miglia, seven at the Targa Florio, and no fewer than 182 F1 Grand Prix victories.

The legendary Prancing Horse symbol used by Ferrari has heroic origins. A highly decorated Italian World War I pilot, Francesco Baracca first adopted it as a personal emblem, painting it on the fuselage of his aircraft. At the end of the war, Baracca's parents entrusted the Prancing Horse symbol to Enzo Ferrari, who put it on a yellow shield (the colour of Ferrari's home town of Modena) and used it as the symbol of his racing team. The legendary Ferrari red was initially simply the colour assigned to all Italian-made cars competing in Grand Prix races by the International Automobile Federation in the early years of the century. Following the success of the 815 built in 1939, Enzo announced he would build road and racing cars - which would be called Ferraris.

The first was the 125C racing sports car (1946), followed by the larger-engined 159 and 166. The latter being the basis of the first road car, the 166 Inter of 1947. It was followed by the 195 Inter of 1951 and by the later 212 model. Ferrari sold over 240 Inters, plus the bigger engined 342s and 375s for the American market. Capital provided by Franco Cornacchia and Luigi Chinetti enabled Ferrari to establish a long standing connection with America, with the 400 and 410 Superamerica types of the mid-1950s, the lightweight 410 Superfast and ultimately the 4.9-litre 500 Superfast. Ferrari's success was based on racing and in September 1948 the marque had made its first Formula 1 appearance - finishing third. Its first F1 win came later in the same year at Lake Garda. Ferrari won its first Grand Prix in Britain in 1951, with the cars going from strength to strength. Ferrari's son Dino was a talented engineer, and played a prominent part in developing the V16 racing engine which bore his name.

Tragically, he died in 1956, at the age of 24. Ford of America tried to buy out Ferrari in the early sixties to boost its sporting image, but rather than lose control of his own racing operation, Ferrari instead took over the struggling Lancia GP Team, with Fiat agreeing to support Ferrari's racing team for five years. In 1969 Fiat took a 50% stake in the company. The last front engined V12 Ferrari was the 280 kph Pinin Farina styled 365 GT B4 Daytona, introduced in 1968 and the 365 GTS4. At the other end of the market saw the launch of the Dino 206 GT, developed from the 1965 206 GTS racing sports car. 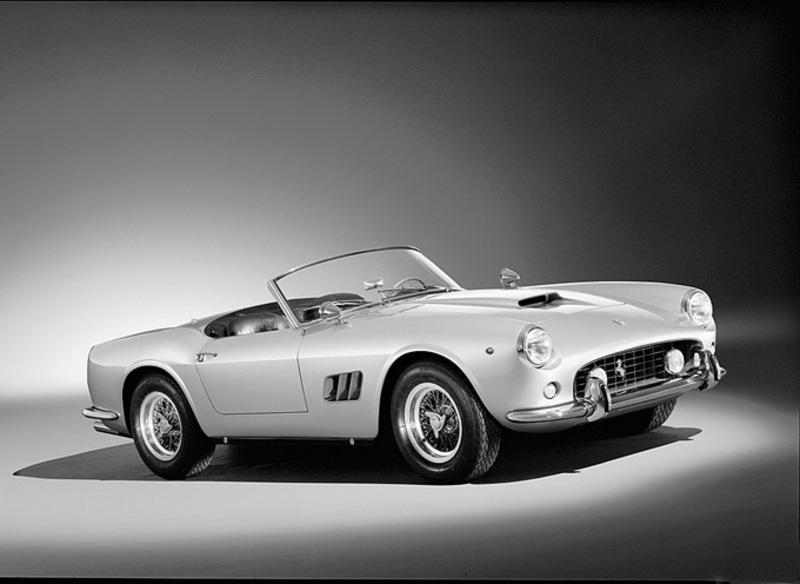 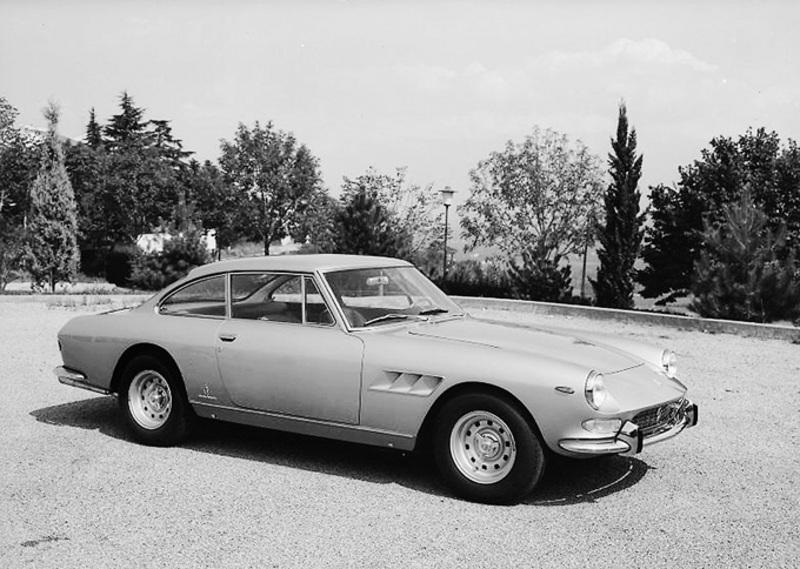 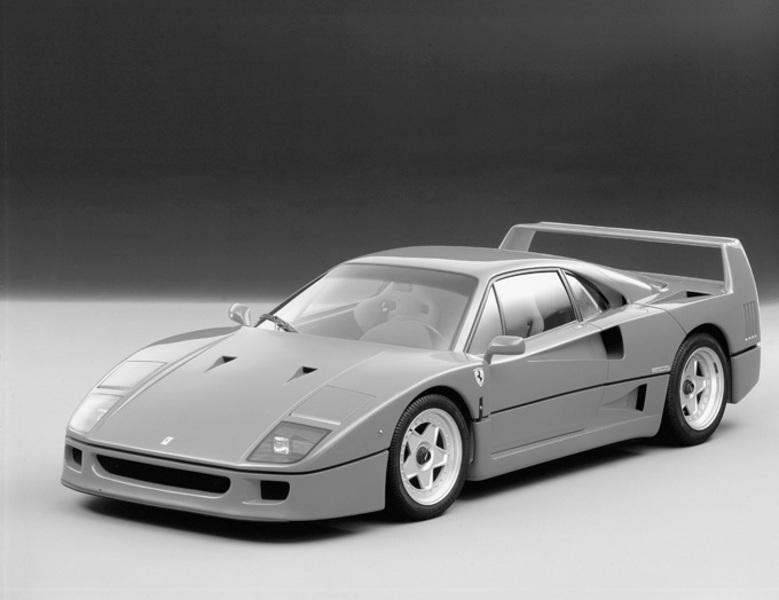