Ferrari has unveiled the evolution of its extreme, non-road going sport car, the 599XX. The reveal took place in Italy at the Bologna Motor Show, a venue appropriately dedicated to performance cars and motorsport.

Boasting a range of performance-enhancing technical features, the 599XX evolution will be available to clients participating in the track-based research and development programme for the 2012-2013 seasons.

Already the bearing the fruit of the very finest Ferrari road car and Formula 1-derived technology, the 599XX now features improved chassis dynamics thanks to an active - or moveable wing - aerodynamic package integrated with the vehicles' electronic control systems, and the adoption of new Pirelli tyres. The car is also more powerful than before (750 CV) and 35 kilograms lighter.

The key to the aero package is the active rear wing design which represents a new aerodynamic concept called 'opening gap'. The wing features two flaps, with profiles similar to those used in Formula 1, which rotate electronically to adjust the downforce between the front and rear axles in relation to vehicle speed and the manoeuvre being undertaken by the driver. The result of this concept is better performance in cornering with the aerodynamics optimised for every corner individually.

The 599XX active rear wing is actuated automatically according to specific parameters which are integrated with the car's other control functions (ESP, ABS, SCM and F1-Trac). As a result of this integration, all the electronic controls have been suitably recalibrated. The 'opening gap' system logic is based on the following parameters:
_ steering wheel angle
_ longitudinal acceleration
_ lateral acceleration
_ vehicle speed

The new aerodynamics package for the 599XX also includes a modified front splitter and a new rear diffuser featuring a larger surface area and redesigned fences and foot-plates. Total downforce at 200 km/h is boosted to 330 kg when the flaps are open and 440 kg in the closed configuration.

The adoption of side exhausts allowed the engineers to increase engine power by 20 CV to 750 CV (again at 9000 rpm), while maximum torque has been increased to 700 Nm. When combined with a final gear ratio that's slightly shorter to improve acceleration on technical, medium to high-speed tracks, the result is that the car laps Ferrari's legendary test track, Fiorano, in just 1'15".

The Ferrari stand at the Bologna Motor Show is devoted entirely to its racing activities and features the 458 Challenge, the mid-rear V8 sportscar derived from the 458 Italia and Ferrari's fifth model for its single-make championship. This series, now in its 19th year, will span three continents - Europe, North America and Asia-Pacific, where the Coppa Shell was won by Australian Steve Wyatt in his Ferrari 458 Challenge.

Also on the stand is the 458 Italia GT2 fielded by AF Corse. This is the car that won the Drivers' and Teams' title in the Le Mans Series and the Teams' title in the Intercontinental Le Mans Cup, and also contributed to Ferrari's taking the Manufacturers' title in the respective championships. The line-up of track-only Prancing Horse models is completed by the 458 Italia GT3 which made a superb FIA GT3 debut by winning the Drivers' title and most recently smashed the lap record at the Bathurst race track, and the FXX, Ferrari's "laboratory" car and one of the most technologically advanced non-competitive models in the world.

Uniquely, the Bologna Show has a race track running through its grounds and this track will see events featuring Ferrari, two of which will see no less than 16 cars from the Italian and European Ferrari Challenge Trofeo Pirelli series taking part in the traditional end-of-year challenge.The extensive programme planned for the competition arena will culminate in the traditional Scuderia Ferrari salute with an exhibition of the F10, the single-seater with which Ferrari competed in the 2010 Formula 1 season. The car will have a very special guest driver on this occasion: Giancarlo Fisichella. 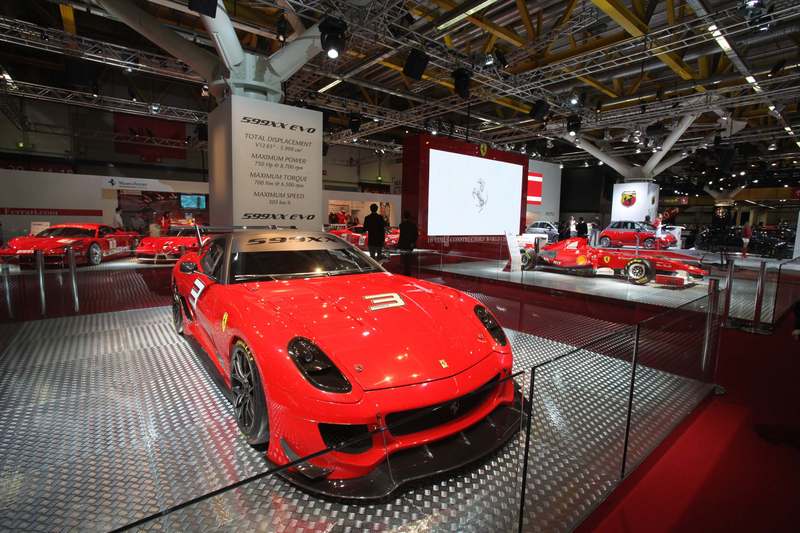 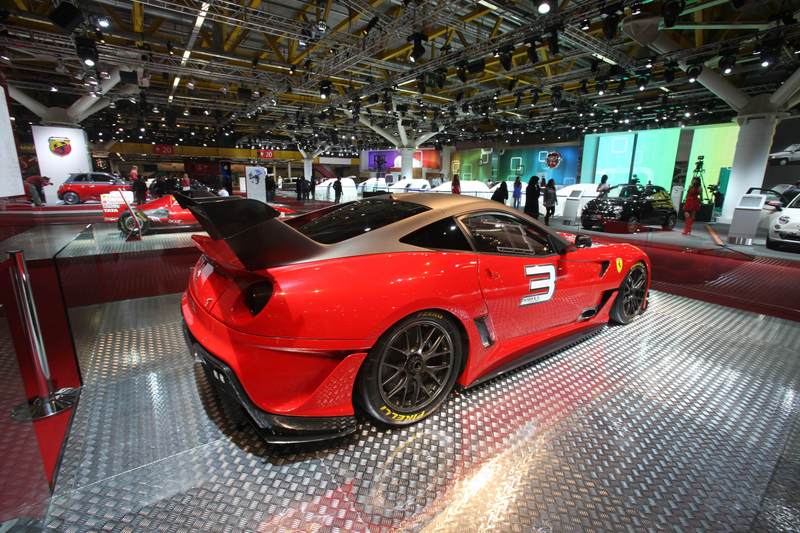