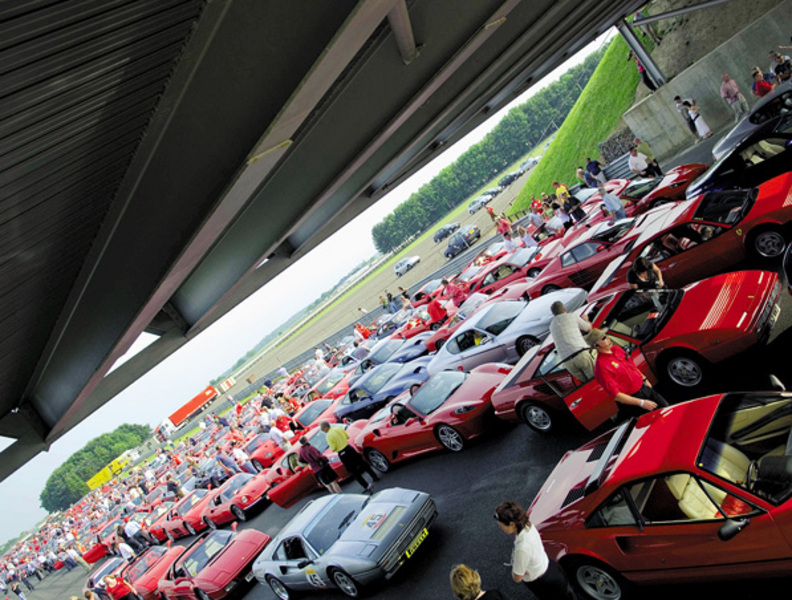 In order to comply with the Guinness World Record's rules for such an attempt, the cars must all travel over a minimum two mile distance, no more than two car lengths apart, and must be counted at the beginning and the end of the parade. With a starting grid of Ferrari cars stretching from Becketts all the way to Copse on the Silverstone Circuit, the cars completed one full lap and covered a distance of three miles, driving two abreast around the entire circuit.

At the head of the parade was a 599 GTB Fiorano driven by Bruno Senna, nephew of three time World Champion Ayrton Senna. There was also specially liveried 612 Scaglietti, which was driven by PC Paul Atkin. Behind the lead cars were a fleet of Fiorano Ferrari F430 cars driven by Ferrari VIP guests and sponsors who all had the unique opportunity to participate in setting a new Guinness World Record. Then came the extensive stable of Prancing Horses from the Ferrari Owners Club GB which made up the bulk of the 385 cars on track on Saturday.

With several rare and extremely valuable cars in the Guinness World Record parade, ranging from a 250 California Spider and a 275 GTB/C through to the ultra-desirable 250 GTO and the ultra-exclusive FXX, as well as several examples of Ferrari's iconic supercars, the F40, F50 and Enzo, a conservative estimate of the value of the cars in the parade was in excess of £60 million - a perfect number to mark the company's anniversary year. 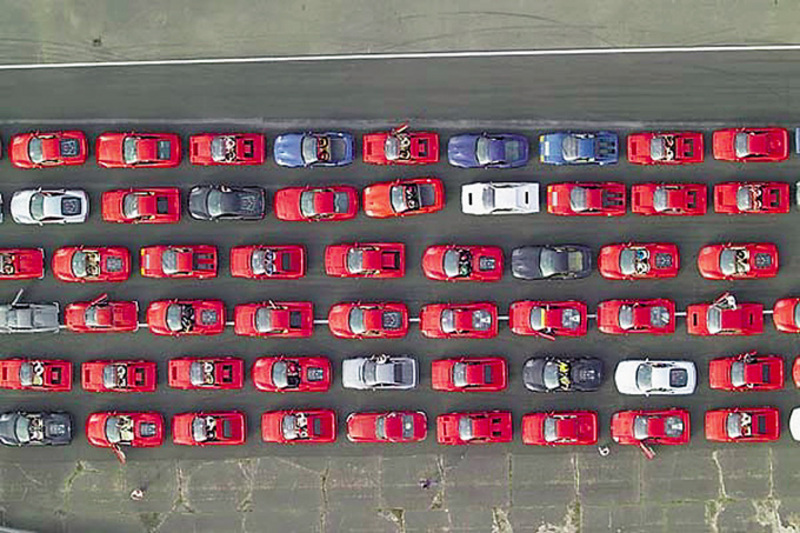