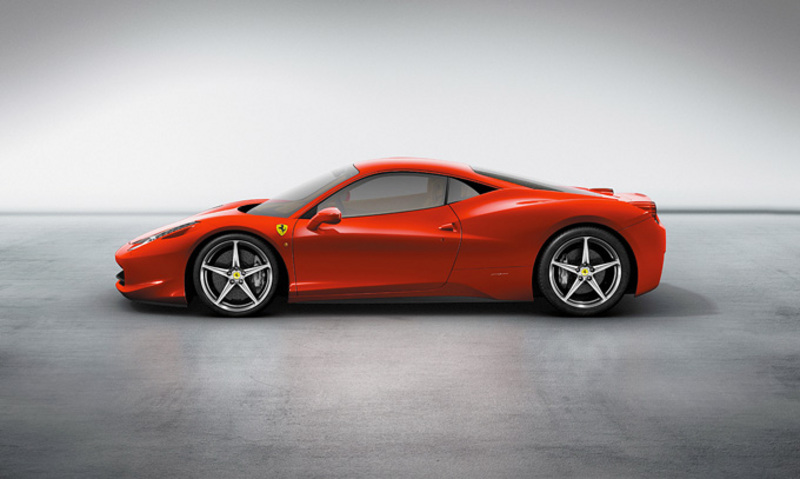 While most Ferraris can be regarded as 'special', certain cars have marked a genuine departure from the current range. This is very much the case with the Ferrari 458 Italia, which is a massive leap forward from the company's previous mid-rear engined sports cars.

The Ferrari 458 Italia is a completely new car from every point of view: engine, design, aerodynamics, handling, instrumentation and ergonomics, just to name a few.

A two-seater berlinetta, the Ferrari 458 Italia, as is now traditional for all Ferrari's road going cars, benefits hugely from the company's Formula 1 experience. This is particularly evident in the speed and precision with which the car responds to driver inputs and in the attention focused on reducing internal friction in the engine for lower fuel consumption than the F430, despite the fact that both overall displacement and power have increased.

The Ferrari 458 Italia has a compact, aerodynamic shape, underscoring the concepts of simplicity, efficiency and lightness that inspired the project. The front features a single opening for the front grille and side air intakes, with aerodynamic sections and profiles designed to direct air to the coolant radiators and the new flat underbody. The nose also sports small aero elastic winglets which generate downforce and, as speed rises, deform to reduce the section of the radiator inlets and cut drag.

The new 4499cc V8 is the first Ferrari direct injection engine to be mid-rear mounted. Maximum torque is 540Nm at 6000 rpm, over 80 percent of which is available from 3250 rpm. Power is an admirable 425kW at 9000rpm. All this power is channelled through a 7-speed F1 transmission and dual clutch, on to a top speed of 325 km/h. Ferrari say 0-100 km/h acceleration is achieved in under 3.4 seconds. Inside, the driver is welcomed by a new layout and ergonomic interface where the main controls are all clustered on the steering wheel. The 458 Italia is designed for owners for whom the priority is uncompromising on road performance with occasional track day capability, but who still demand a car that is useable in day to day driving. 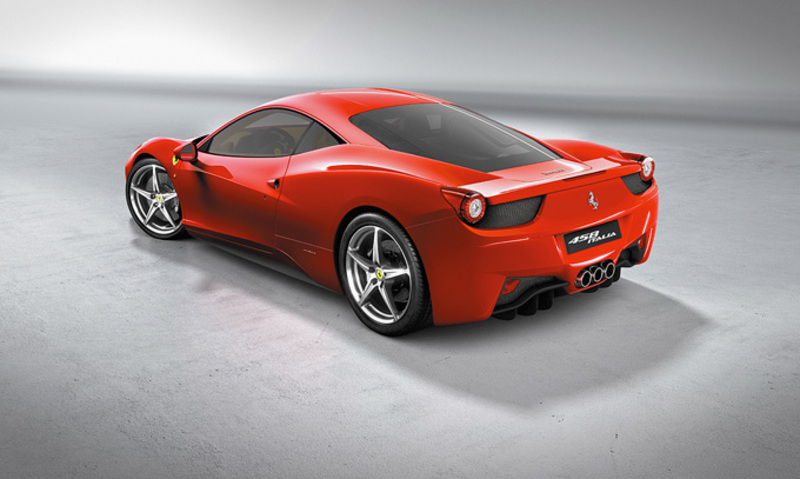