Barrett-Jackson auctions first retail production MY23 Corvette as fundraiser for US charity. 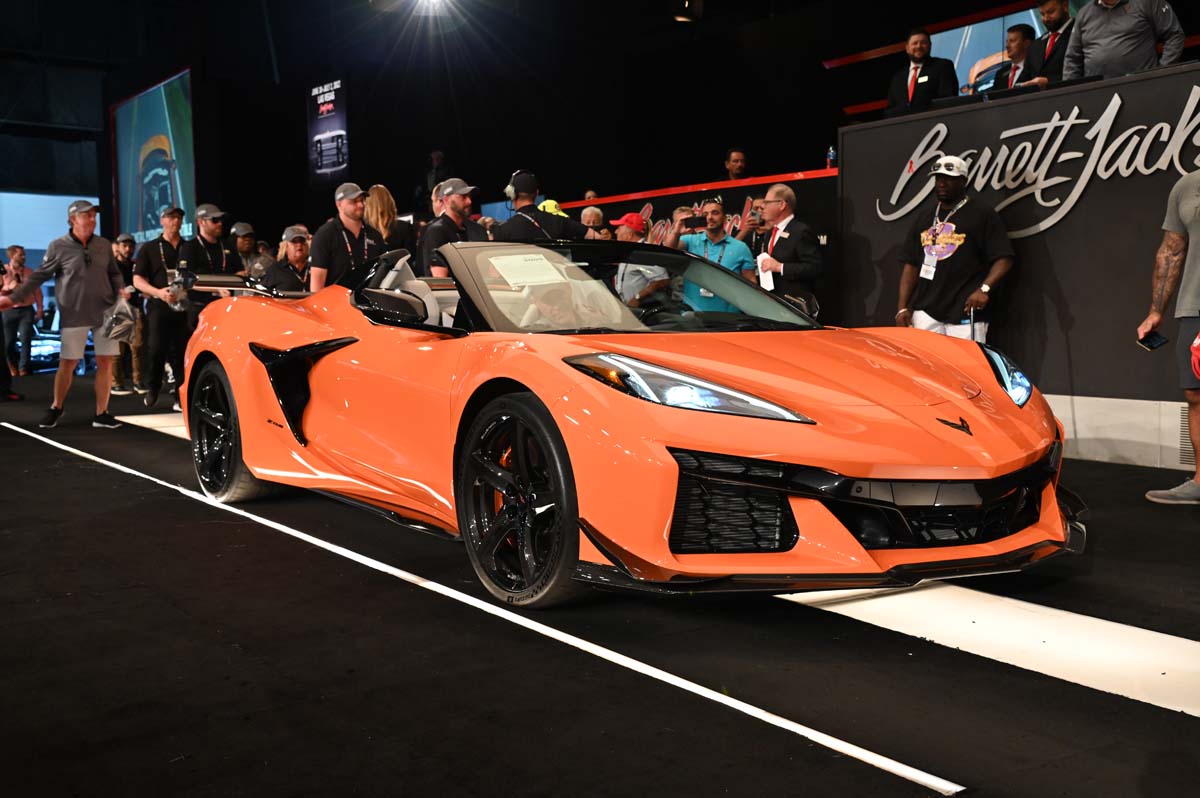 Donated by Chevrolet for the Barrett-Jackson Palm Beach Auction on 9 April, the MY23 Corvette Z06 convertible was offered as a fundraiser for the ‘Teacher Quality & Retention Program’ of the Thurgood Marshall College Fund (TMCF), the USA’s largest organisation representing historically black colleges and universities and predominantly black learning institutions. 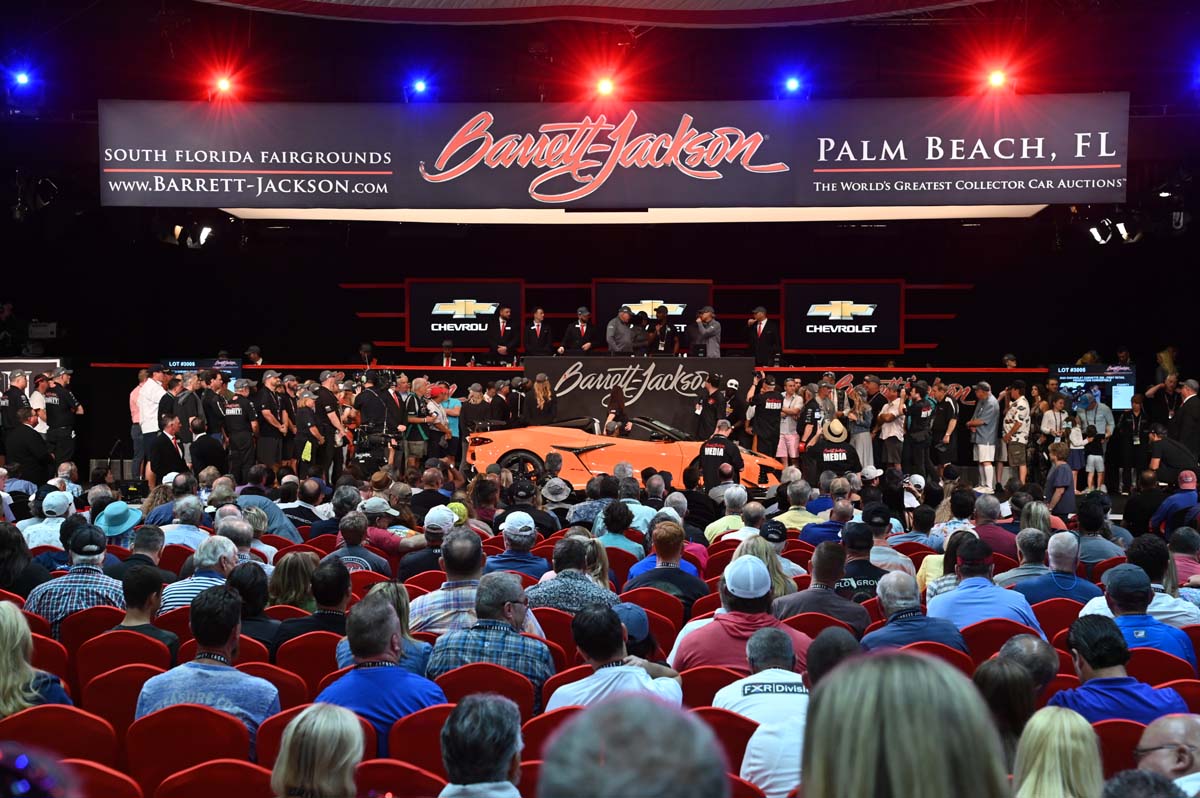 Mechanically, the auction car was described as standard MY23 Z06 spec, powered by a 5.5-litre V8 producing 670hp (500kW), which Chevrolet claim is the most powerful naturally-aspirated engine ever fitted to a road car. The mid-mounted V8 is matched to an eight-speed dual-clutch automatic driving the rear wheels.

At the auction, the Z06 sold for US$1 million (AU$1.25 million approx.), all of which went to the TMCF’s Teacher Quality & Retention Program. The winning bidder was Rick Hendrick of NASCAR team Hendrick Motorsports, who also purchased the first 2023 Corvette Z06 70th Anniversary Edition coupe that Barrett-Jackson auctioned in Scottsdale earlier this year. That car went for US$3.6 million (AU$4.68 million approx.), with proceeds going to US veteran’s charity, Operation Homefront. 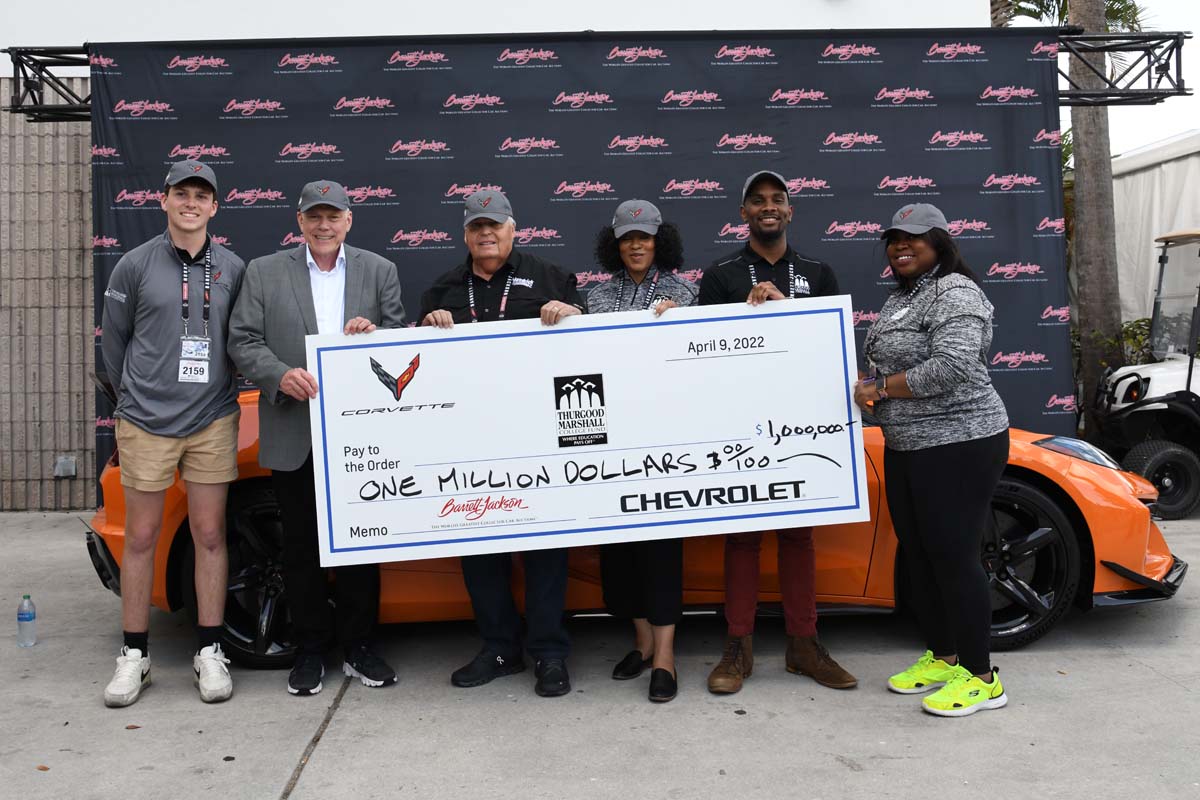 “Through the generous support of GM, Chevrolet and Barrett-Jackson, we raised a significant amount of funds and awareness of our TQRP initiative, which provides opportunities for students of colour in the K-12 educational environment and beyond,” said Dr. Harry L. Williams, president & CEO of the Thurgood Marshall College Fund.

Scott Bell, Chevrolet global vice president, added: “General Motors and Chevrolet are honoured to support the Thurgood Marshall College Fund on its mission to empower students and educators for success. The proceeds from this sale of the first retail production Corvette Z06 convertible will support high-calibre training for future educators studying at HBCUs and PBIs across the nation.”