Ford have used their new Mustang Mach-E electric SUV to create a tribute to a group of unsung aviation heroines from World War II. 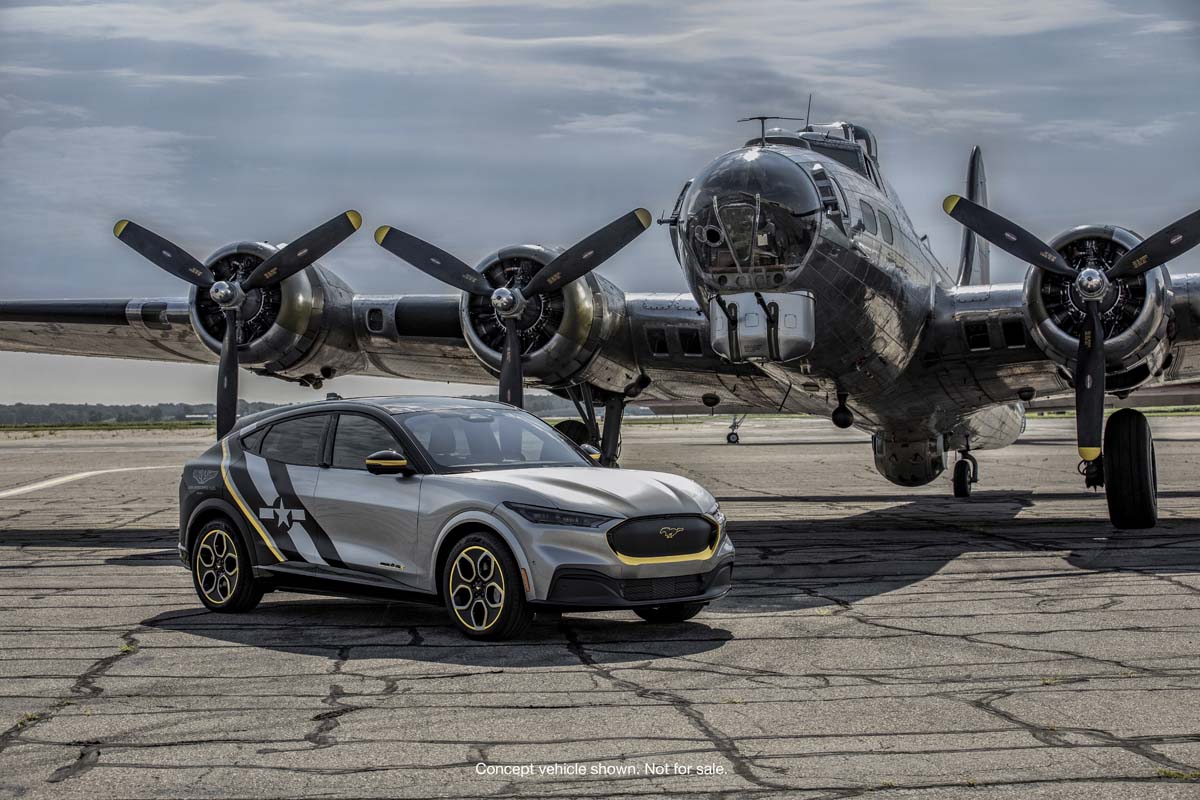 Cars and aircraft may not be the most obvious fit, but Ford has an aviation connection going back as far as 1909 when a Model T engine was used to power an experimental aircraft. In the 1920s and early 1930s, Ford manufactured aircraft under their own name.

More recently, Ford has thrown their support behind the Experimental Aircraft Association (EAA), a community of pilots, aviation industry members and flying enthusiasts.

Since 1999, Ford has been a sponsor of the EAA’s annual AirVenture show in Wisconsin, USA, which is the world’s largest aviation celebration. And since 2008, Ford has donated a vehicle for the EAA to auction as a fundraiser for their Aviation Foundation programmes that offer training and support for the next generation of aviators. 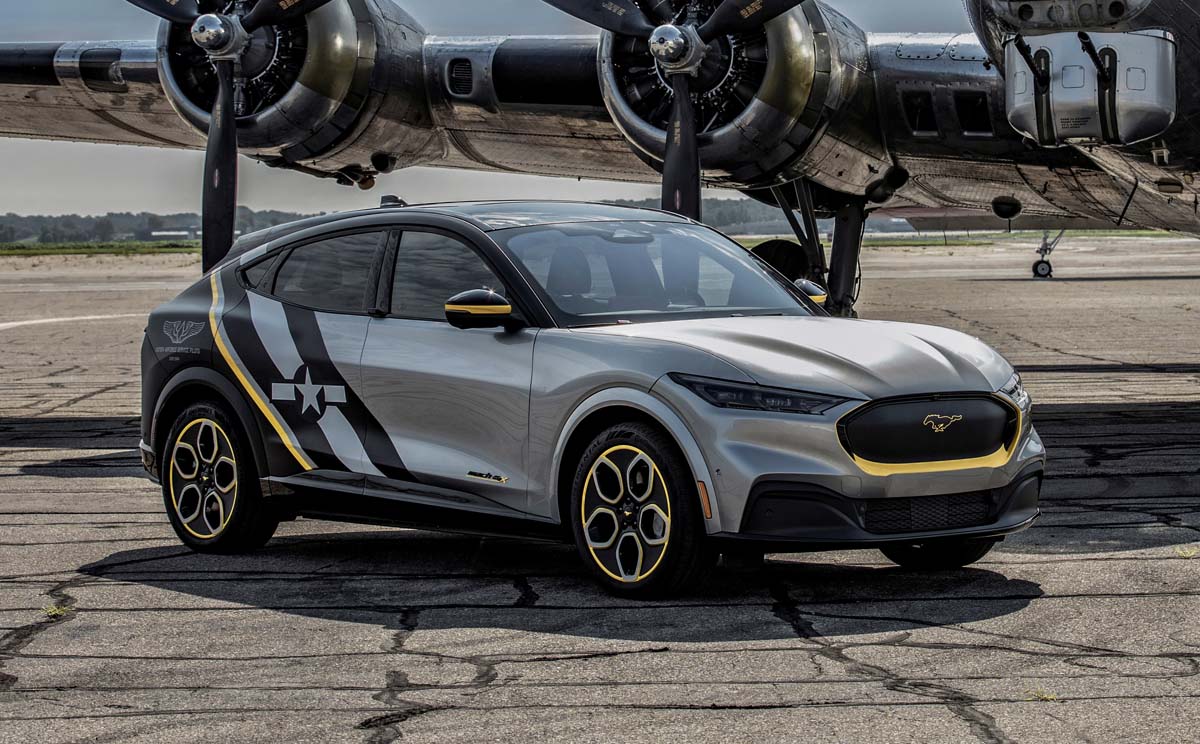 Before this year, all bar one of the vehicles donated have been based on the Mustang car, specifically the V8-powered fastback, but for the 2021 Experimental Aircraft Association (EAA) AirVenture show, Ford chose their new electric Mustang Mach-E SUV

The theme for this year’s special vehicle was the Women Airforce Service Pilots (WASP); a volunteer group of all-female civilian pilots who flew military aircraft from American factories to US Army Air Force bases during World War II.

Created in response to a severe shortage of trained pilots, the WASP programme allowed male pilots to be released for combat duty in the Pacific and Europe. 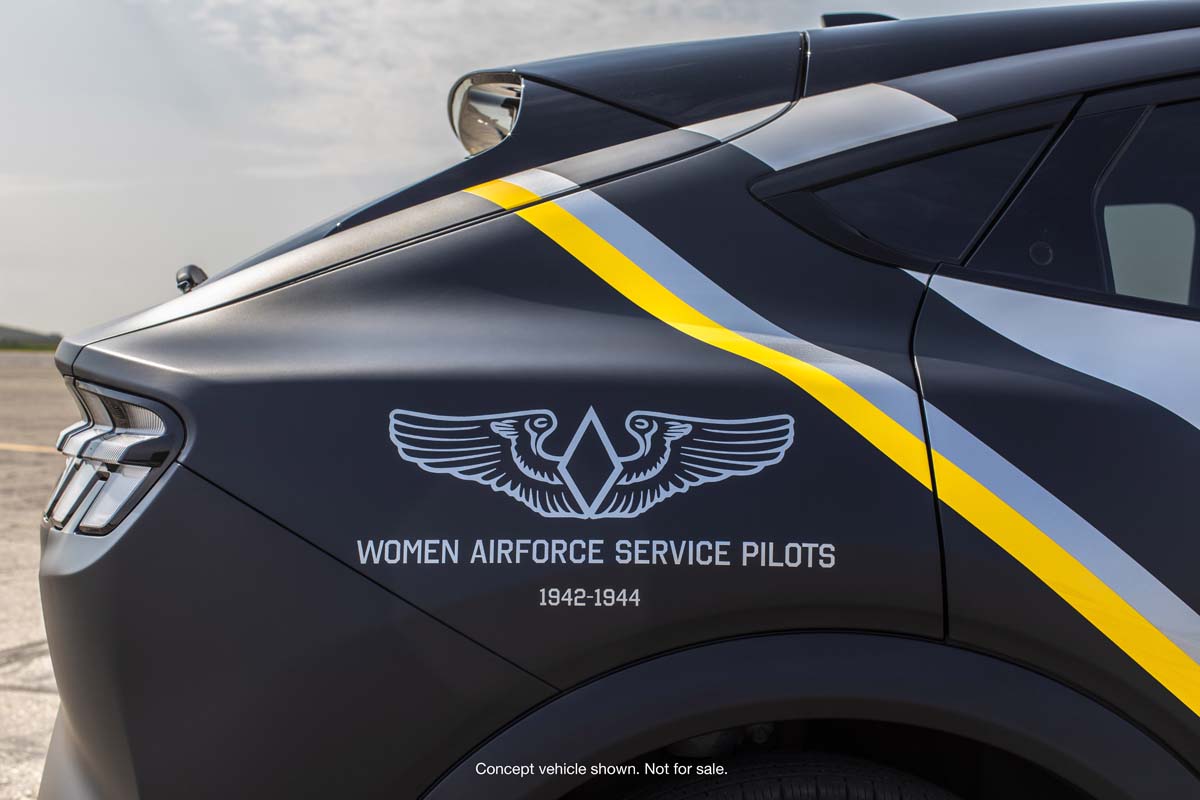 A total of 1,074 young women volunteers completed training for the programme, after which they not only ferried newly built aircraft to air bases and staging areas all over the US, but also test flew repaired aircraft and piloted drone tugs for aerial and ground-level gunnery practice.

Although they did not see combat, 38 WASP pilots died in service. But, as they did not have military status, WASPs did not receive burial honours, nor did they have the costs of funerals covered by the US government. 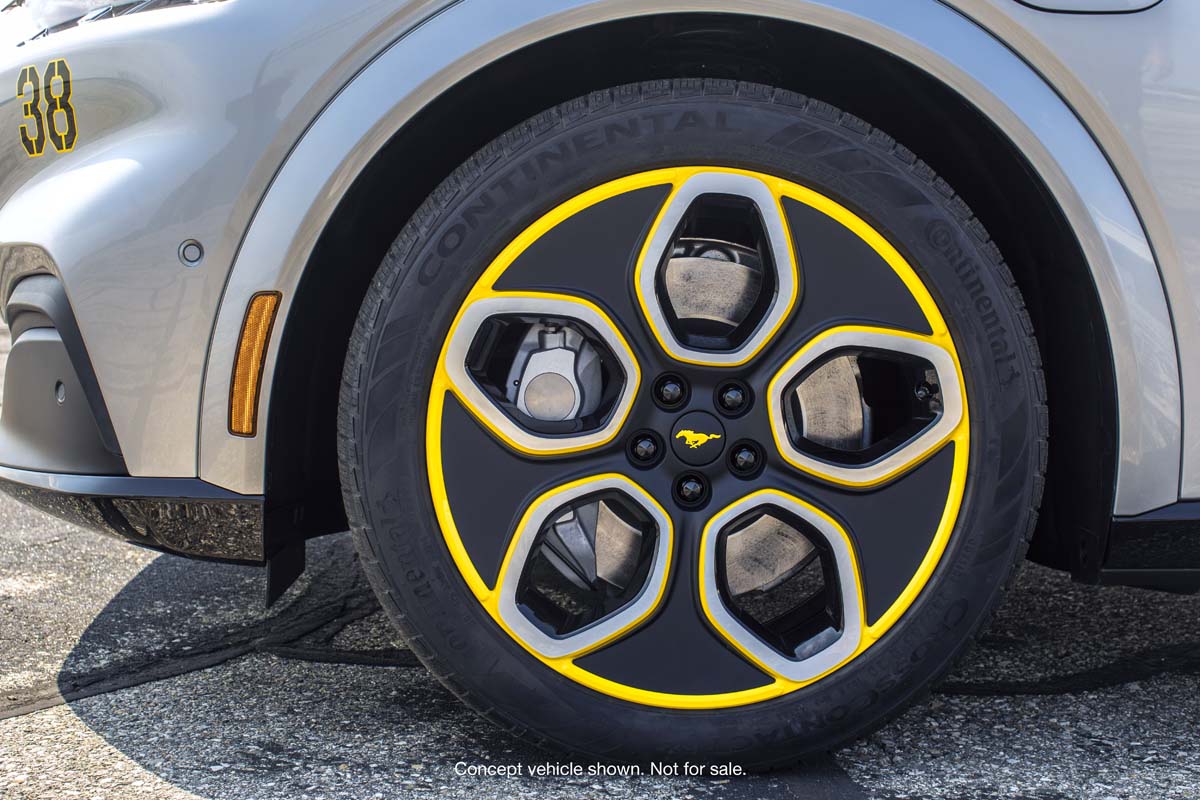 In 1977, WASP pilots were finally given WWII veteran status in recognition of their important work, followed in 2016 by Congressional Gold Medals, one of the highest civilian honours available in the USA.

“It was hard not to get a little teary-eyed as we put the finishing touches on this vehicle,” said Ford designer Kristen Keenan, who worked on the project. “I have never worked on a memorial project before. Commemorating this group of women through the vehicle design was an honour.” 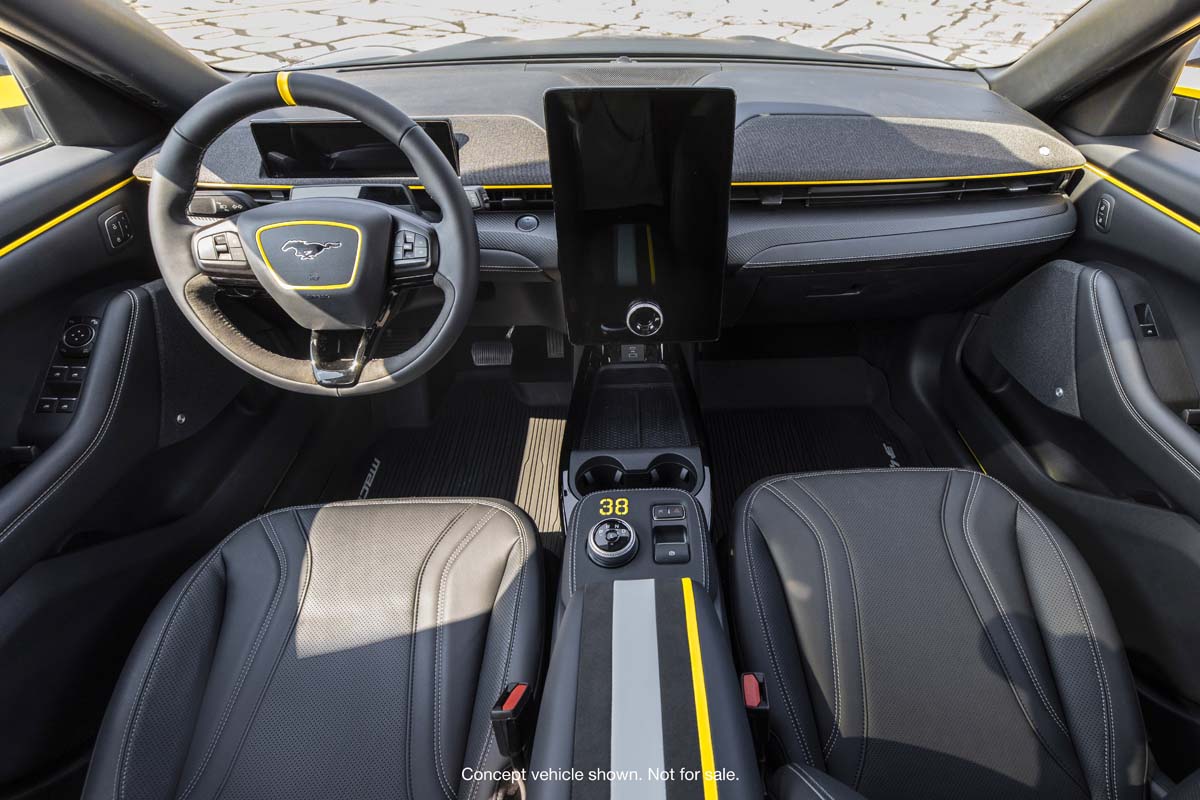 Using a new Mustang Mach-E Premium as a base, Ford designers added the USAAF star roundel on the rear doors and the WASP ‘winged diamond’ badge on the rear quarters, while black and yellow stripes over the tail suggest an actual wasp.

On the front and rear bumpers, a ‘38’ graphic honours the 38 WASP pilots who died in service, with this number also added to the centre console inside. Yellow accents and detailing from the exterior also feature in this vehicle’s interior, with the winged diamond badge embroidered on the front seat headrests. 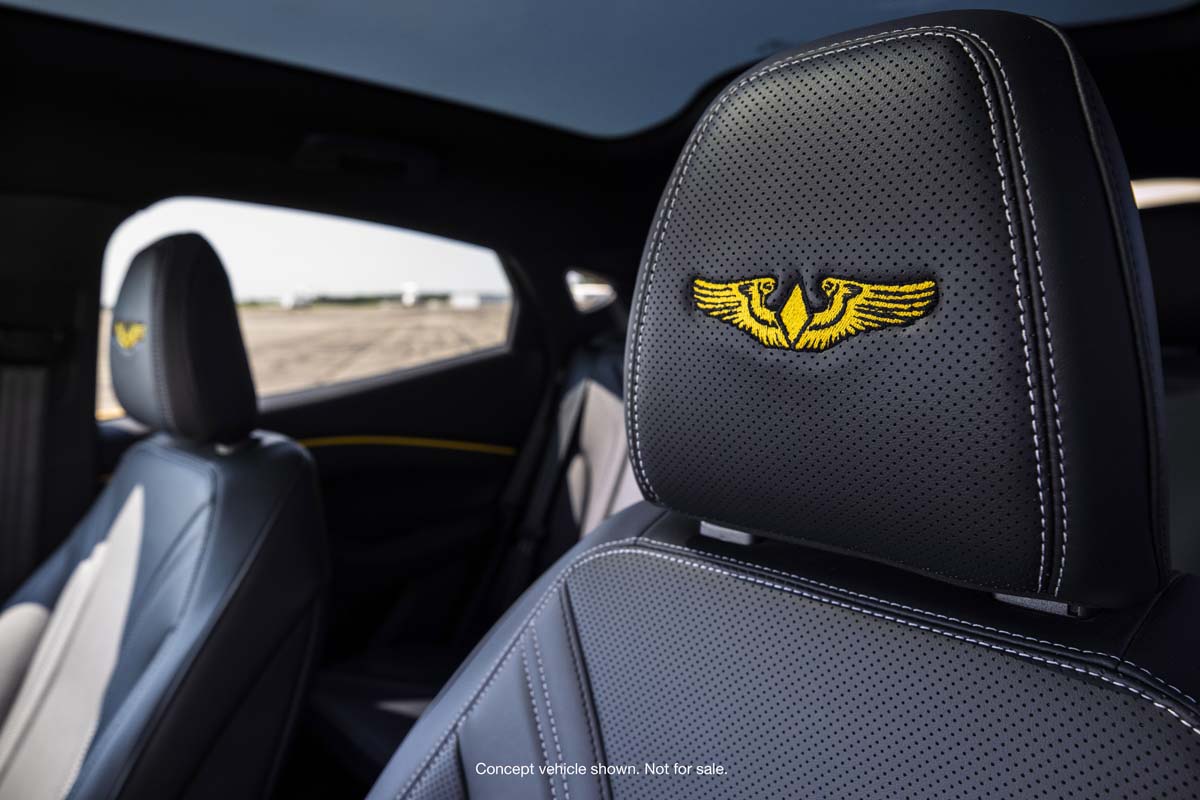 “Ford is helping build the next generation of aviation through their support of EAA, AirVenture and The Gathering,” said Jack J. Pelton, EAA CEO and Chairman of the Board.

“This project not only will be a highlight of The Gathering, its impact will help EAA reach young adults who are pursuing their own dreams of flight.” 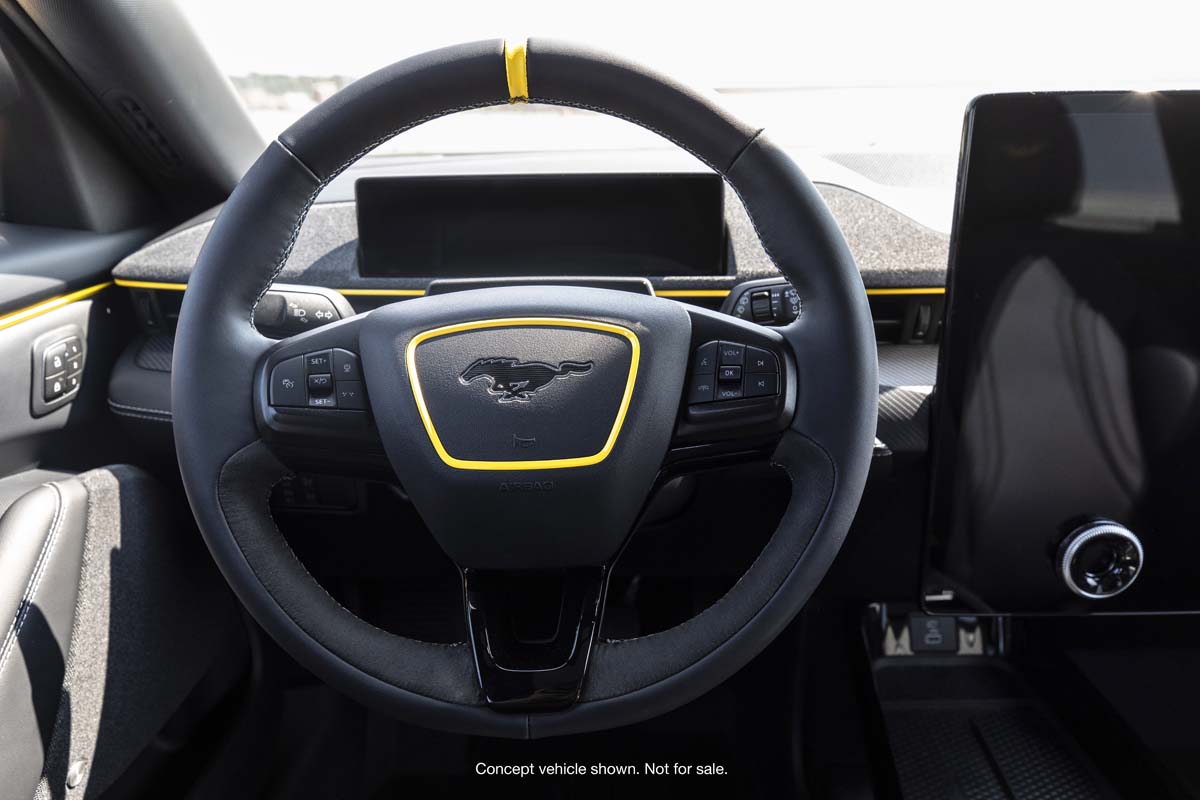 Like every other custom vehicle created by Ford for the EAA AirVenture auction, the WASP Mustang Mach-E was auctioned for charity. Every previous creation has sold for at least US$200,000, with the very first from 2008 achieving US$500,000.

At time of writing, the hammer price for the one-off Mustang Mach-E has not been revealed.