Ford Australia has released details and pricing on the Mustang range for 2022, and while there are no major changes, an ‘all-American’ special edition will be added to the local lineup for the first time.

Rather than treat the Mustang as something of a standalone model, Ford Australia are now lumping it in with the Focus ST and Fiesta ST hot hatches, with the three model ranges pitched under the Ford Performance banner.

The Focus ST and Fiesta ST will beat the Mustang to local showrooms, expected in Q1, while the MY22 Mustang won’t arrive until Q2.

While linking the hot hatches to the Mustang may suggest that the EcoBoost four-cylinder version of the pony car is on borrowed time, it remains in the range for 2022.

The 2022 Mustang lineup continues to consist of the ‘High Performance’ and GT variants, the former powered by a 2.3-litre EcoBoost turbo four-cylinder engine and the latter by a 5.0-litre naturally-aspirated V8.

Both engine types can be matched to a six-speed manual or ten-speed automatic transmission – at least if you choose the fastback coupe body style. Go for the convertible and it’s auto only.

The six-speed features rev-matching as standard, while paddle shifters can be optioned for the fastback auto and are standard on the convertible.

There’s no change in economy, either, with the High Performance 2.3 manual fastback the pick of the bunch at 8.8lt/100km, while the auto ups this to 9.6lt/100km. On the 5.0 V8 manual fastback, economy is 13.0lt/100km, but this drops to 12.7lt/100km with the automatic. As with the engine output, there is no change in fuel economy across the fastback and convertible body styles.

The range of options that includes Recaro seats, Magneride suspension and the ‘Over the Top’ body stripes is unchanged, too.

With so much that’s carryover on the MY22 Mustang, what’s new? The short answer is not much. However, what has been added will be appreciated by hardcore drivers.

The ‘Line Lock’ function has been a longtime feature of US market Mustangs but has been unavailable in Australia since the current generation car arrived here in factory RHD form in late 2015. That has now changed.

Essentially a “burnout mode,” Line Lock applies the front brakes only when activated, allowing the rear wheels to spin.

The addition of Line Lock comes thanks to an update on the Track Apps software that applies to all MY22 Mustangs, both 2.3 EcoBoost and 5.0 V8.

Ford Australia says that Line Lock is for track use only and not public roads, but how many Mustang purchasers will abide by that instruction is debatable!

The other change of note to the existing Mustang range is a makeover of the colour palette.

Deleted colours, some of which were only offered last year, include Yellow Peel, Velocity Blue, Twister Orange, Iconic Silver and Antimatter Blue. Replacing them for 2022 are Grabber Blue, which returns after a few years’ absence, and all-new colours in the form of Eruption Green, Cyber Orange, Atlas Blue, Dark Matter Grey and Mischievous Purple.

Following the release of R-Spec, Bullitt and Mach1 special edition Mustangs in recent years, there’s a new arrival for 2022 - the California Special.

A nameplate with a US history dating back more than fifty years, the California Special was first offered in 1968 and applied Shelby touches to the regular Mustang GT coupe and convertible back then. One of the best-selling and most memorable of the ‘regional specials’ offered by Ford on the first-generation Mustang, the popularity of the California Special saw it revived in 2007 and it’s been a semi-regular part of the American lineup ever since, but it’s never been offered officially in Australia until now.

Based on the Mustang GT and available in both fastback and convertible bodystyles, the California Special makes no changes to the running gear, suspension, brakes, tech or other essentials, and is instead defined by a number of cosmetic changes.

Those changes start with a unique set of 19-inch machined alloy wheels, with an identifying ‘California Special’ badge added to the tail light panel.

Features inspired by the 1968 California Special include faux side scoops, a black grille and lower bodyside stripe with ‘GT/CS’ identification.

A larger front splitter from the GT Performance Package is fitted, with a performance rear spoiler added to fastback versions.

Inside, the California Special features black Miko suede on the door cars and suede trim on the seats, with GT/CS identification embossed into the front seat uppers and red contrast stitching throughout the cabin.

Finally, carbon hex aluminium trim features on the dash, with a signature California Special badge added to the passenger side.

Unlike some previous Mustang special editions that were limited in number, it's believed that the Australian release of the California Special will not be capped, but whether it will be offered locally beyond the 2022 model year is unknown.

Pricing on the Up

The arrival of the 2022 Mustang will see price rises across the board, but these are minor – less than $1,000 in all instances. List pricing starts at just under $53,000 with the High Performance fastback manual and tops out at almost $78,000 on the GT California Special auto convertible. 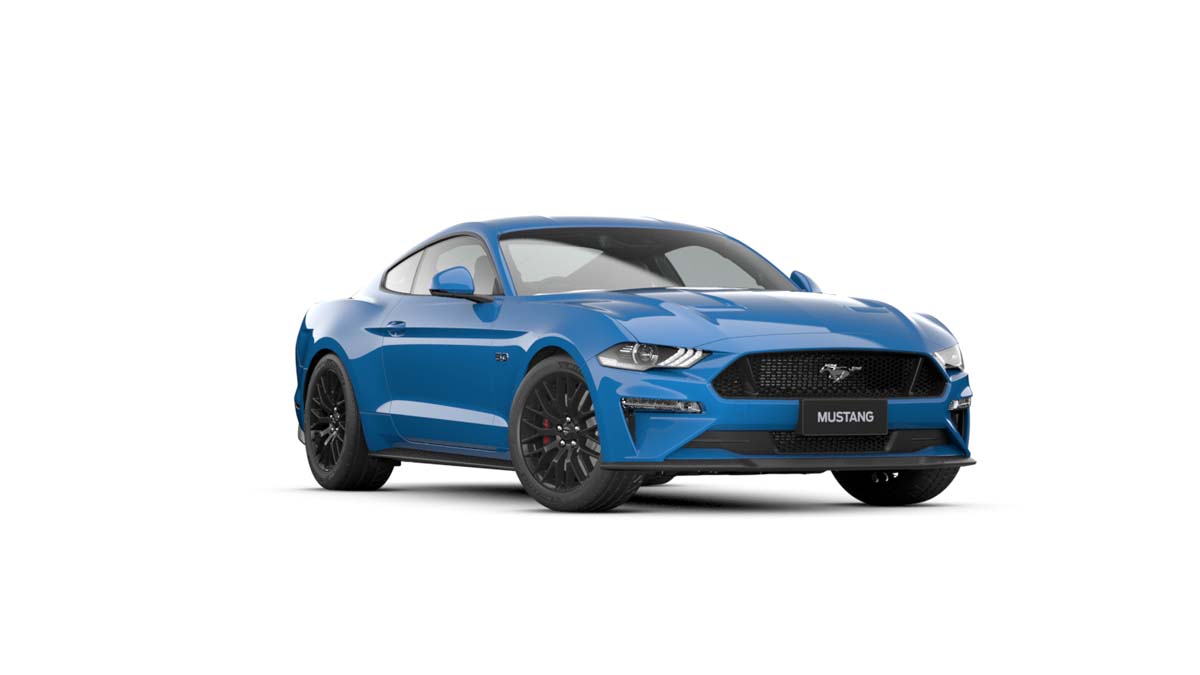