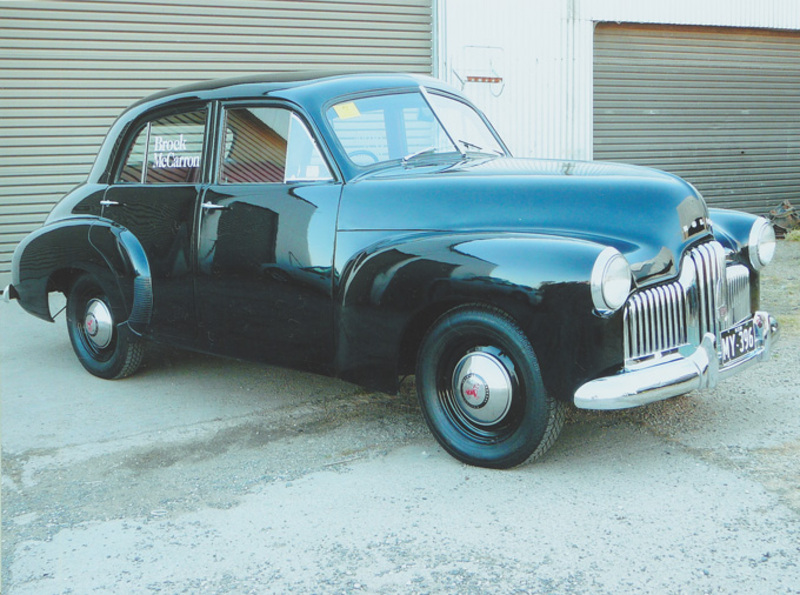 and with 30 other Holdens for company!

The car shown here is certainly one of the oldest FX Holdens still registered, and may well be th earliest original Holden.

In remarkable condition for its 59 year age, this vehicle belongs to retired New South Wales car dealer, Charlie McCarron. It is the showpiece of a collection of 30+ top condition Holdens that the GMH enthusiast hopes to feature in a museum on the Canowindra, NSW site of his former dealership.

This FX was the first complete Holden shipped to South Australia in late 1948.

It served as a demonstrator for the E.H. Hage & Co. dealership in Tanunda, SA, before being sold to local, Gratton Lowke, in 1950.Lowke reportedly had his eye on a Chevrolet ute at the time, but a 3-year waiting list for the Chev convinced him to take the FX on the showroom floor. Since then, it has had only two other owners before McCarron purchased it in 1970.

Aside from the addition of floor carpet and a respray in its original black duco in 1998, the car remains in original, unrestored condition.

The 'unrestored' fact is worth highlighting as very few FX Holdens can claim to look this good without a big time, big dollar resto.

This car was fortunate to have owners who not only treated it to a lot of TLC, but also drove it sparingly, as evidenced by the car's 21,700-odd total miles (just under 35,000kms).

The motor, diff and gearbox are all the original units and the red leather trim is original, too. The 'safety rims' fitted to this car (designed to take tubeless tyres) are believed to be a feature unique to SA-delivered FX Holdens.

You may notice the lack of indicators on this car. McCarron is fortunate that NSW State registration laws didn't require the retrofitting of turn indicators, which would have compromised the vehicle's originality.

This car has featured in "She's a Beauty", Don Loffler's excellent book that comprehensively documents the history and creation of the 48-215/FX Holden.

It is recognised as one of only five survivors from the FX's debut year of 1948, and one of two that hasn't been thoroughly restored. The second edition of Loffler's book indicates that body #19 has since surfaced in Casterton, Victoria, although its 'original' condition can't be verified.

The #46 FX has been a familiar sight for Canowindra locals for the past three decades, especially in the town's Anzac Day parades. But in 2004, McCarron brought #46 to a wider audience when he and his car completed several parade laps at that year's Bathurst 1000 with none other than Peter Brock at the wheel.

With his HRT Commodore written off in the famous roll-over incident involving Jason Plato and the John Cleland Ozemail Falcon, Brock probably spent as much time in the FX as he did in the HRT racecar for his final visit to Mt. Panorama!

While it's hard to put a value on a car like this, McCarron considers his FX to be priceless and is adamant that the car isn't for sale. . . . However, if an enthusiast wanted to purchase the Canowindra site and the rest of the collection to make the museum dream a reality, he may be tempted to part with #46.

The idea for the museum came after a 21-year old McCarron saw the first and last built Model T Fords encased in glass at the Henry Ford museum in Michigan during a Young Farmers exchange visit to the USA back in the 1950s.

Over the following 43 years, McCarron built up an impressive number of classic Holdens at his Canowindra dealership, where the FX is undoubtedly the pride of the collection. It reportedly took a couple of 'goes' to get the #46 FX, but McCarron finally secured it in 1970. Driving it 1,300kms back to Canowindra, he said the car never missed a beat!

A 1964 Vauxhall VX 4/90 is also part of the collection, plus a significant amount of Holden-themed memorabilia 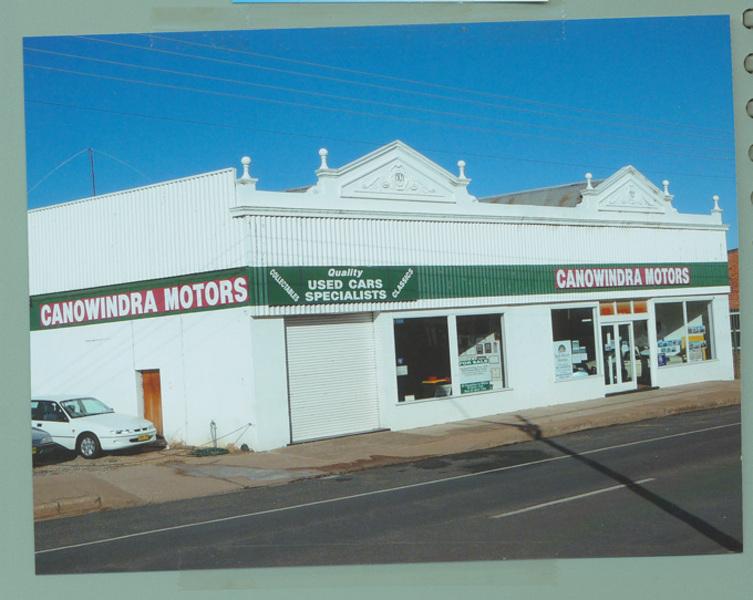 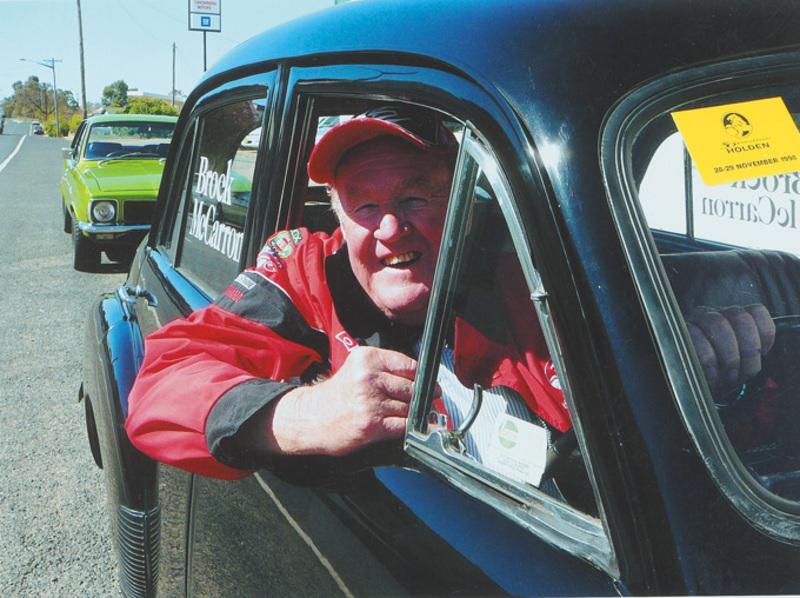 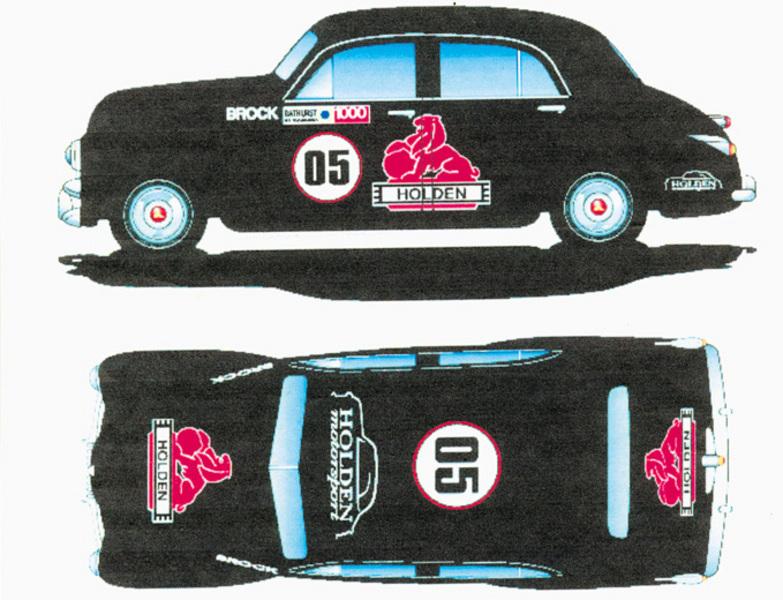 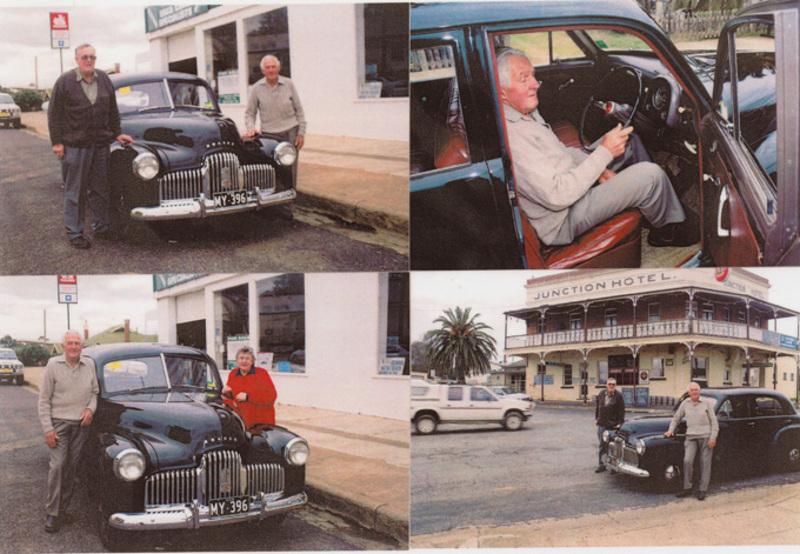