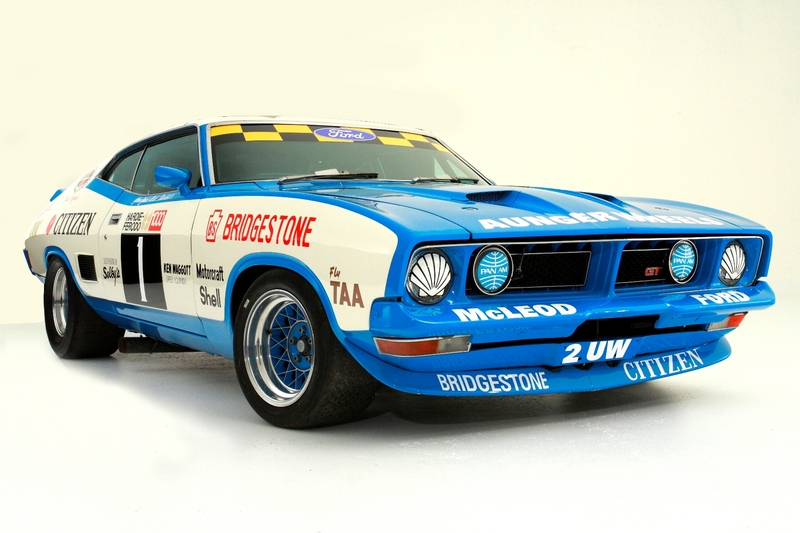 The car is the 1975 Ford XB GT Falcon originally campaigned by John Goss and Kevin Bartlett in the 1975 Bathurst enduro and numerous ATCC rounds from '75 to the end of '78.

Goss, who had won the 1974 Bathurst 1000 in an XA GT hardtop, received the new XB GT hardtop from his main sponsors, McLeod Ford, shortly before the '75 Mount Panorama enduro. Specially-ordered through McLeod Ford, the XB GT was finished in Blaze Blue and had sound deadener and seam sealer deleted to save weight, with other items reportedly fitted to further trim down the big hardtop.

At the 1975 Hardie-Ferodo 1000, the lack of race laps in the lead up to the event arguably proved to be the car's undoing. Qualifying in tenth place, the XB GT completed only ten laps before terminal engine failure denied Goss and Bartlett the chance of back-to-back wins. Goss's fate was shared with other entrants in XB GTs that year, with all three failing to complete the race in which LH SL/R Toranas filled the first four finishing positions.

Following its failed '75 Mount Panorama campaign, the car experienced similar misfortune for the remainder of the 1975 season, after which Goss turned his attention to Formula 5000 open wheelers.

This wasn't the end of the car, though. While still in Goss's possession, the XB GT was loaned to Allan Moffat for a couple of ATCC rounds in 1976, one of which the experienced Canadian won. In 1977, Goss secured the services of Jack and Geoff Brabham for the enduros, in a two-car team that also included multiple Le Mans victor, Henri Pescarolo, so it's had some pretty famous bums in the driver's seat!

The car passed through a few hands after Goss sold it in 1978, being raced in Sports Sedan and even quarter mile competition before it eventually ended up with noted collector, enthusiast and Falcon hardtop expert, Kerry Turley, who commissioned a thorough restoration under the guidance of Goss and a number of the original team personnel from the Group C era.

Despite limited success on the track, the ex-Goss car remains one of the most well-known and popular Falcon hardtops from the Mount Panorama enduro and ATCC Group C glory days.

While recently consigned with Ecurie Investments, the Group C machine teasingly carried a 'POA' listing, but Shannons have set a guiding range of $330,000 - $360,000 for this genuine ex-Bathurst '75 racer. 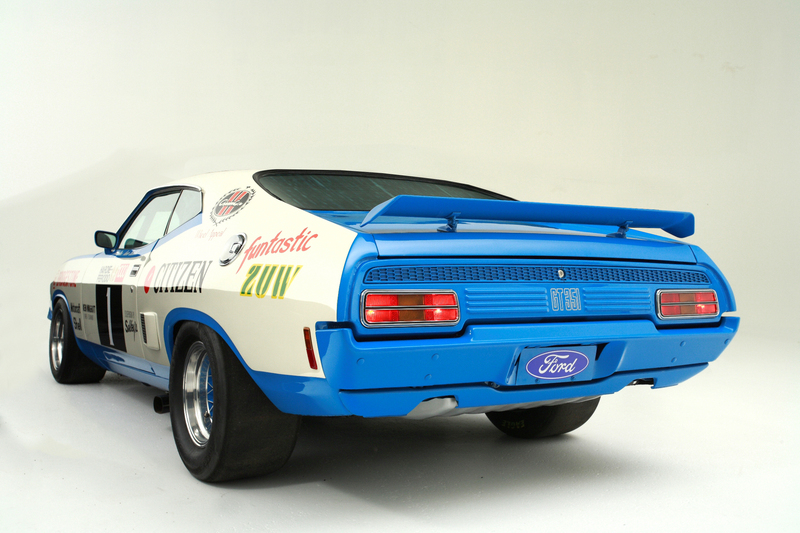