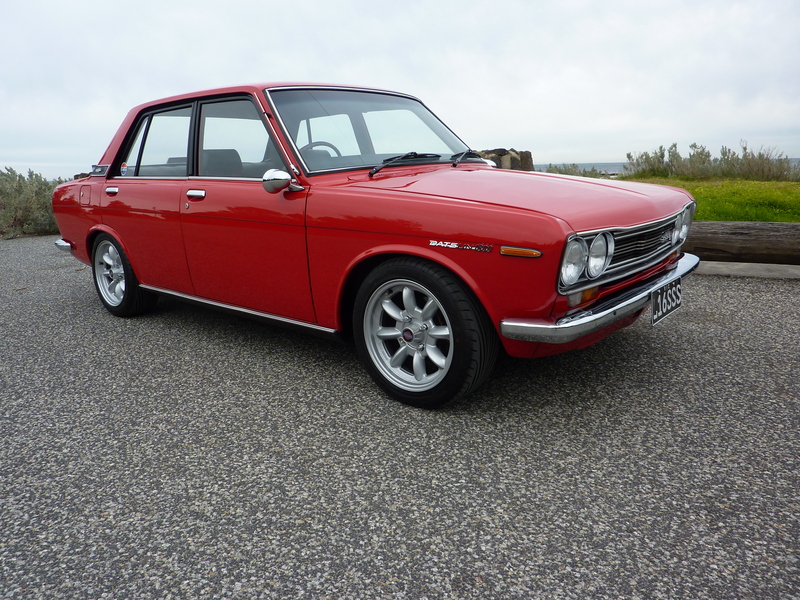 With a long competition pedigree that includes rally and road course victories here and overseas, the 1600 was one of the most successful performance cars of its era
Take a tired old Datsun 1600, add one determined enthusiast, a pair of dedicated tradesman and an idea to turn a stock 4 cylinder into a performance classic and you've got Greg Bremner's Datsun 1600 SSS tribute.

With a long competition pedigree that includes rally and road course victories here and overseas, the 1600 was one of the most successful performance cars of its era. There are still a few kicking around in historic competition, today. Greg's chosen to give his SSS tribute a measure of track ability with the fitment of racing belts, safety gear and Minilite-style wheels.
A refreshing change from the Aussie and US muscle that's the usual content of restoration tales of triumph and tragedy, Greg's project is not only different, but also presents as good as any we've seen. While the finished article looks fantastic, it certainly didn't start out that way! Greg shares the story.

Why buy a Datsun 1600?
As a 17 year old back in 1971, my dad wouldn't entertain the idea of me driving around in a second hand XR or XT GT Falcon as my first car. One very good reason being that I had just written off his VE V8 Valiant, so my choice was limited to any 4 cylinder car I liked - that was final! Although I was paying for it, dad ruled and it was obvious from the Valiant incident that I was inexperienced and untrustworthy. I wonder how teenagers in 2010 would react to that?

My first Datsun.
I remember tossing up between the new 2 litre TC Cortina and the Datsun 1600. Performance wise, the Datsun was miles in front of every 4 cylinder car available at the time, except for the Lotus twin cam Escort.
The Escort would have also been off limits anyway, therefore in December 1971, I signed up for a brand new Ringo Red 1600 with optional headrests and Clarion 10 transistor push-button radio, for the princely sum of $2,490.
I had saved up one thousand dollars, so that was paid up front to Peter Godson Motors (in Seaford, Victoria), with the balance being met over 18 months. Not bad, since I was only earning $39.00 per week. A dollar's worth of super would take you a long way in those days!
Even though I only had the car for 2 years, I loved it and had a lot of fun with it. I was a member of the Datsun Car Club and competed in Motorkhana's and Hill Climbs. With 6" chromies, twin Webers, harnesses and a pipe out the side, it definitely wasn't you average streeter. Even back then, I new I would always get another one of these great cars at some stage.

This Datsun and the resto.
Wind the clock forward 39 years. I'm now heading towards 57 and have just completed a full ground up resto of a Datsun from my youth. Since finding this rusting 1600 GL behind a property next to the Puffing Billy railway line in Selby, Victoria, the project took over two years.
As the photo's show, I took the car to my factory (Bremner Glass Equipment in Braeside, VIC), stripped it and sent it away for soda blasting. On return of the body, I was shocked at the extent of rust damage to the guards, firewall and plenum chamber. Thank goodness the cabin area and floor were like new. I had only intended to give it a tidy up and a basic respray, but seeing the extent of the rust damage, I had to make a decision - push on with the project, or push it out the door. I spent a month considering my options.
I am fortunate that I employ some very good people that are not only excellent at their respective trades, but are also fanatical about cars and, in particular, are very happy to work on my project car. Both of these guys had previously built their own special cars, so were well equipped in the skills department as well as being sympathetic to what I was considering taking on. With their support, I bit the bullet and decided to do whatever it took to bring this little car back to as close to new condition as possible.
My long time mate and leading hand, Peter Sword (a mechanic), set about full refurbishment of all the components, engine, driveline, front and rear ends, suspension, brakes and steering. My foreman (Ted Barnett, a gun welder) cut every speck of rust and dodgy piece of metal from the body, then rectified it by re-welding all problem areas.
Meanwhile, I had a greatly enjoyed locating all of the new and replacement parts required for this complete bolt and nut replacement resto. When first searching Ebay, I came across a pair of Datsun SSS Hitachi carbies, then a full instrument SSS dashboard, and so on. I got hooked on the idea of transforming what was originally a GL model into a full-on clone of the 'import only' 1600 SSS. With that in mind, I bought components from Japan, America and all over Australia to complete the task.
As luck had it, I was able to track down ex-hillclimb champion and one time Datsun Racing Team head mechanic, Gordon Dobie, who later owned and operated the Datsun Performance Centre. He was able to supply me with a genuine SSS high compression cylinder head, matching camshaft and other goodies to rebuild the motor to SSS-spec, meaning we had a car that not only replicated a SSS inside and out, but also had a legitimate mechanical driveline to match.
As you've probably gathered by now, and I'm sure a lot of you have experienced yourselves, things got a little out of control insofar as attention to detail, including the professional body preparation and subsequent paint job. But what a result. To say I'm happy with the finished article is a massive understatement!

The break down of labour that went into this project was as follows -
- 80 hours for the strip down,
- 120 hours in rust removal and body repair,
- 320 hours body preparation and painting (2 pac Ringo Red) by 'Heavy Equipment Refinishing',
- 400 hours refit,
- 40 hours misc.,
- Re-upholstering by 'The Trim Factory'.
Total 1,000 hours approximately.

I also have a lever arch file full of receipts, but up to this point in time I haven't (and probably won't!) tally the numbers.

Since completing this project, I've had it out and about at various shows and events, including a trip up to the Corowa Car Show in September, where the Datsun placed third in the Show 'n' Shine, beating out some very tasty Mustangs and more than 40 other cars in the process! 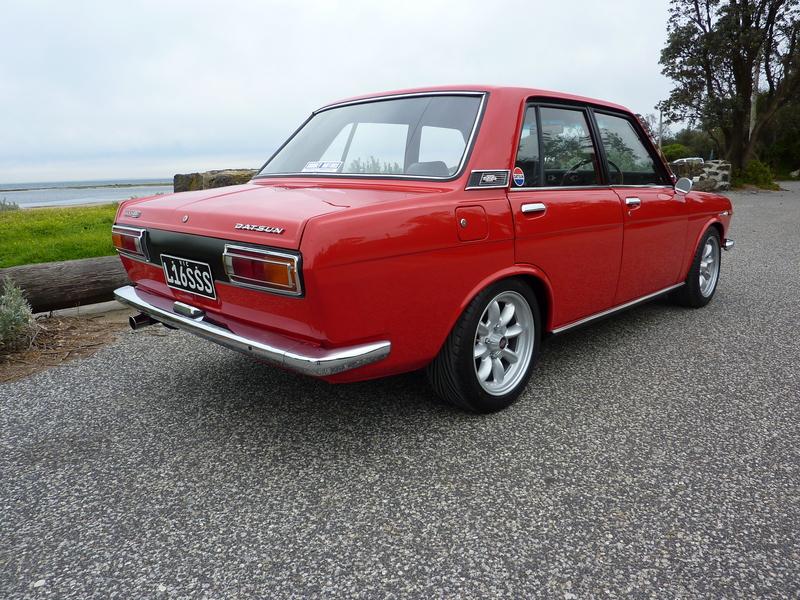 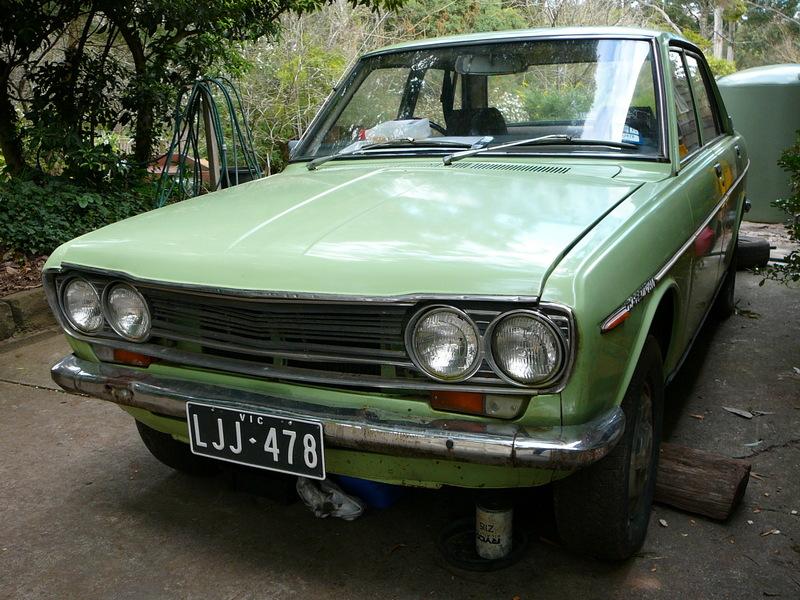 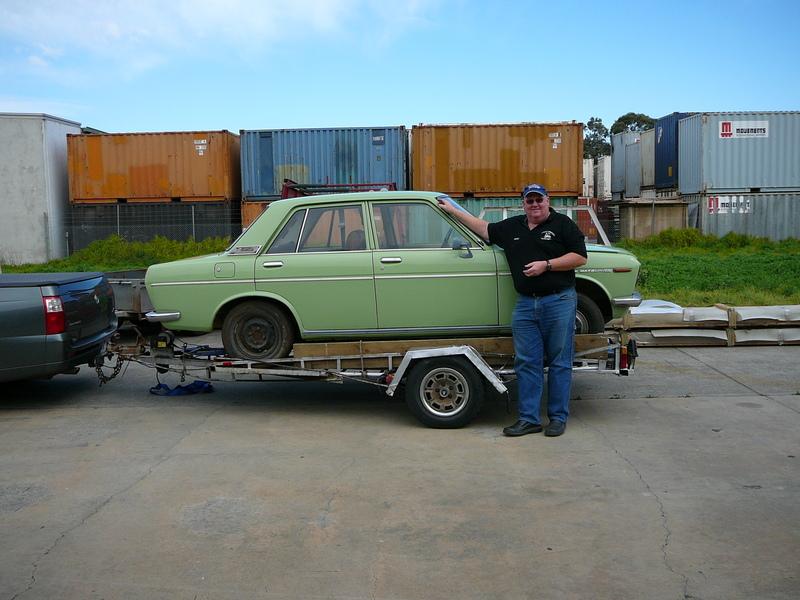 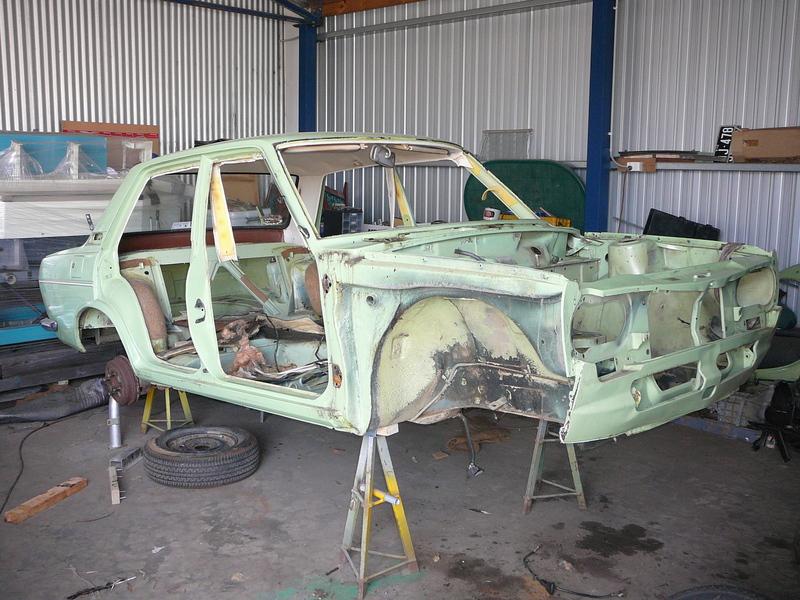 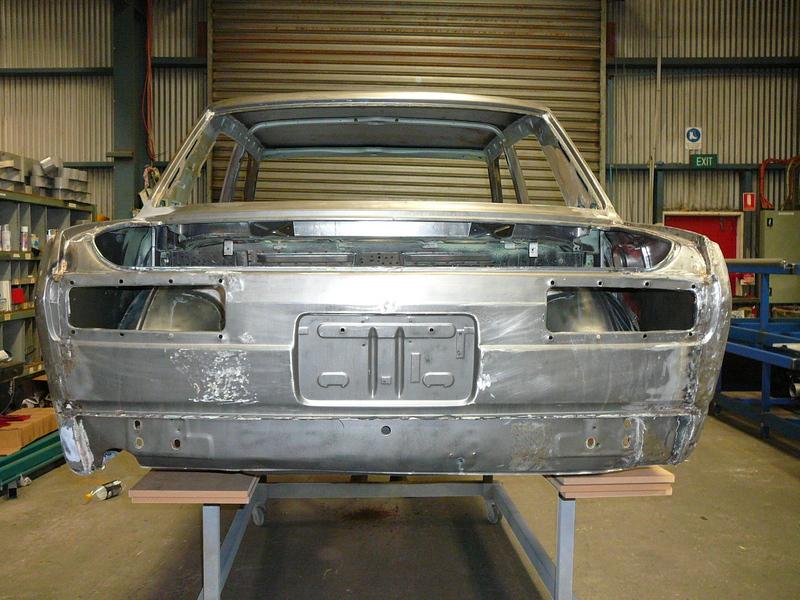 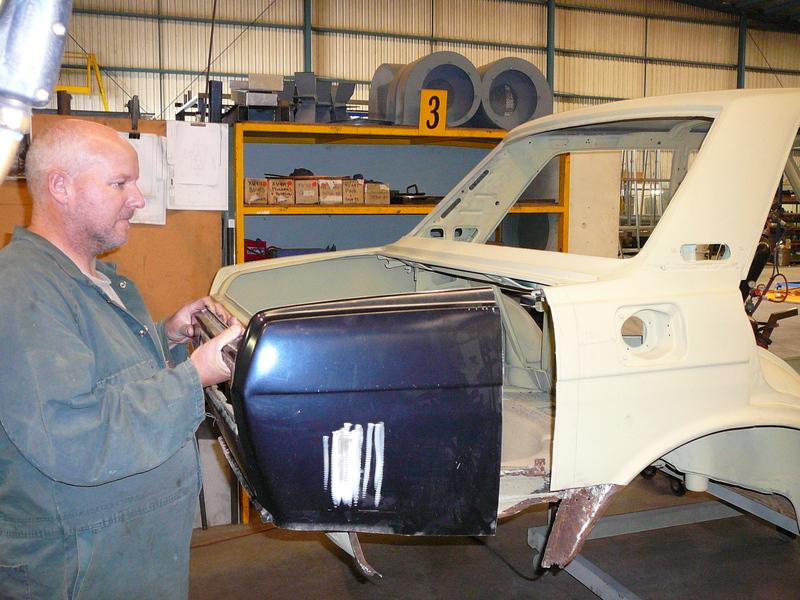 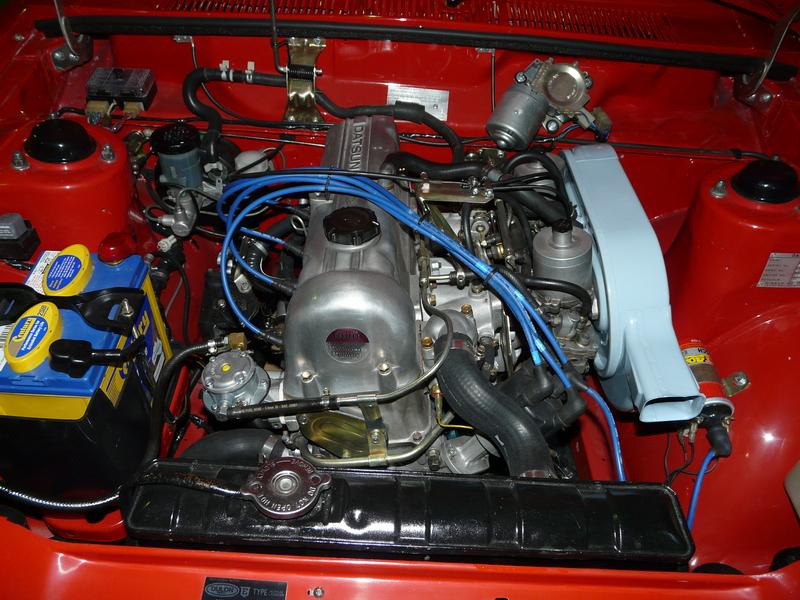 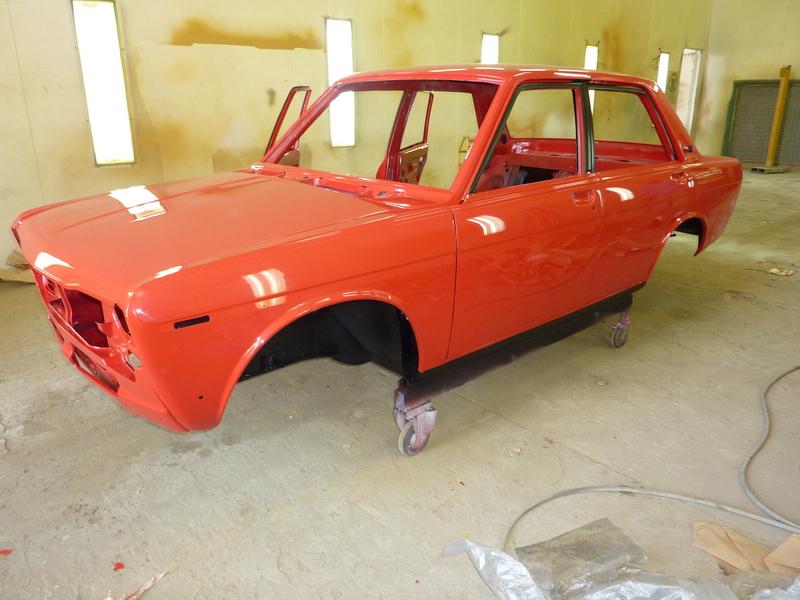 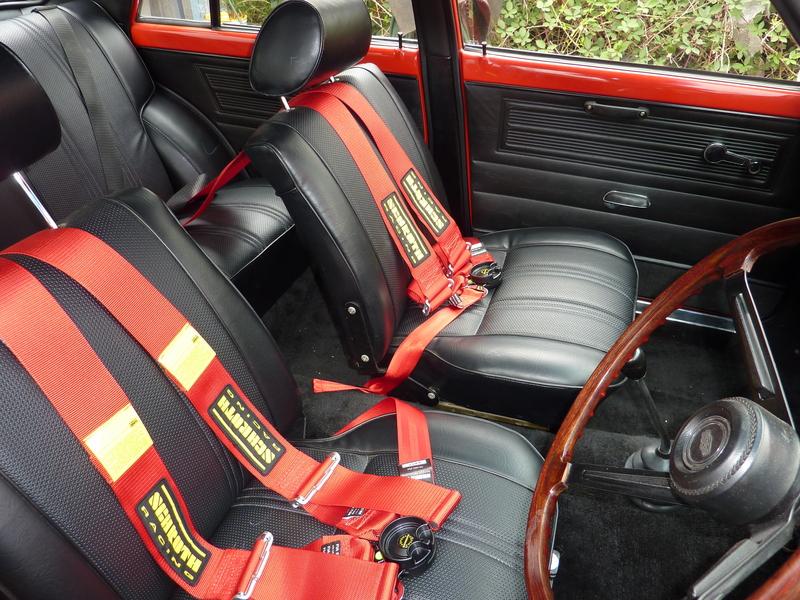