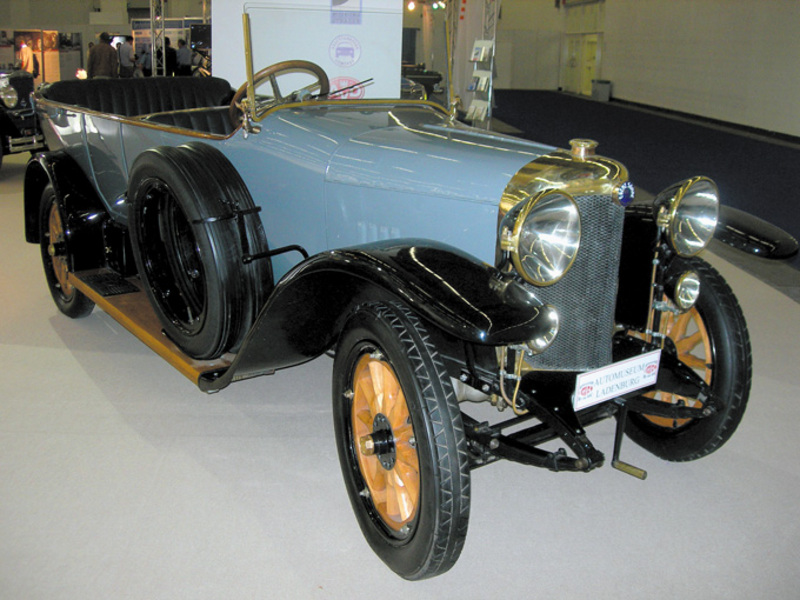 Only 2 of these original Carl Benz cars were ever made. Significantly in 2005 the Dr Carl Benz Museum - which provided this vehicle for exhibition - was moved into the historic factory of C. Benz Sohne in Ladenburg, Germany. The building is almost 100 years old, and was the actual building in which the vehicles of the C. Benz Söhne brand were manufactured in the early 20th century.

During the first quarter of the 20th century, only around 320 vehicles of this brand were manufactured here. At the time, there were many automotive factories as small as this one. But the company on the banks of the River Neckar differed from its competitors in one crucial aspect: its founder. It was no other than automotive pioneer Carl Benz who established the company in Ladenburg in the early 20th century, initially to produce engines. In later years, he changed to manufacturing automobiles together with his sons.

The mechanical engineering company C. Benz Söhne still exists today but moved into more modern buildings in Ladenburg. The highlights of the museum collection include, among other things, the last two vehicles of the C. Benz Söhne brand built in Ladenburg. These two touring cars left the brick halls in 1924 - and returned to their birthplace in 2005. C. Benz Sohne manufactured cars between 1906 and 1926. He solely financed the private company C. Benz and Sons producing both automobiles and gas engines. Initially Benz and his son Eugen built stationary engines, but sales of naturally aspirated gas engines slumped when a growing number of companies switched to electric motors or diesel engines for driving their machinery. And so Carl Benz decided to design and build automobiles again.

This company never issued stocks publicly, building its own line of automobiles independently from Benz & Cie., which was located in Mannheim. The Benz Sons automobiles were of good quality and became popular in London as taxis. The 8/25 Touring wagon pictured was one of the last two vehicles to be built at the factory in 1924. It was powered by a 4 cylinder, 2600cc engine. It was custom built for Benz's private family use. The second touring car served as a company car. They were the only two examples ever built.

The last production vehicles had been assembled here in 1923. 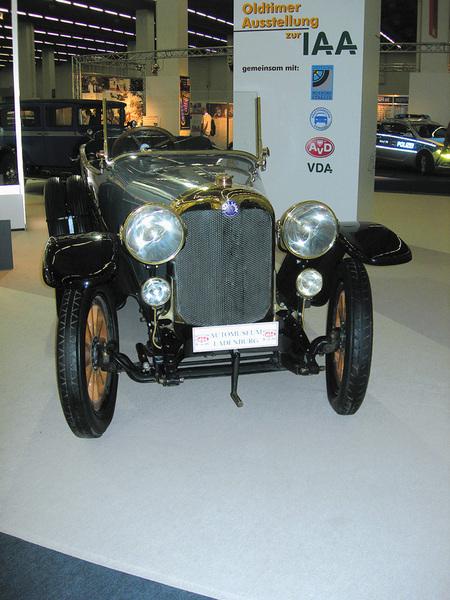