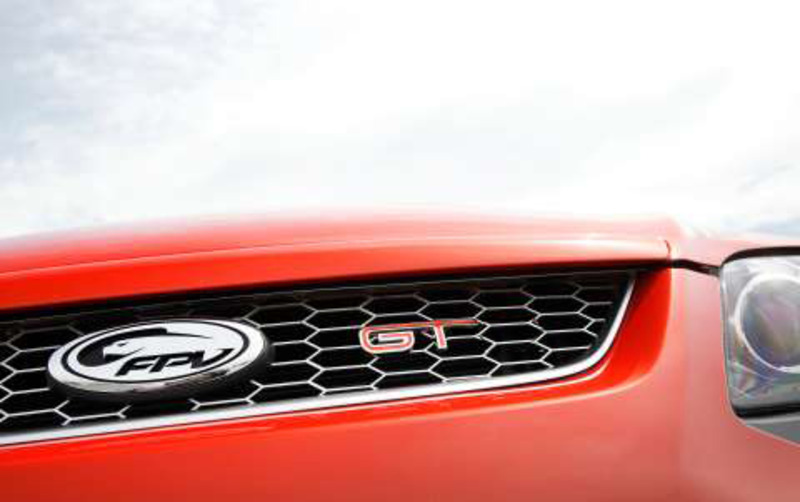 Just 550 individually numbered new-edition GT F sedans will be produced - 500 for Australia and 50 for New Zealand.

FPV dealers across the country and in New Zealand have already been taking deposit cheques and responding to daily inquiries for both manual and automatic models.

Several franchises in the 68-strong FPV dealer network in Australia (along with an additional 10 in New Zealand) have already pre-sold their allocations after diehard FPV customers put down deposits to secure a car.

One dealer has already pre-sold his allocation of 12 vehicles and has had to turn away six more prospective customers. The same dealer has also sold three out of his four Pursuit ute allocations.

Of those customers who have already sought an allocation, FPV reports that the manual GT F sedan has been the preferred choice over the automatic so far.

Another collector has bought a brand new GT of every model since the EB Falcon and has one as his daily driver. He currently has 10 GTs, with most having build number 22.

"We knew the FPV GT F sedan and the Pursuit ute were going to be important celebration vehicles for us but more importantly our loyal FPV customers," Graziano said. "But the response has even amazed our dealers.

"The passion and enthusiasm being displayed by our customers for these vehicles is a reflection of the passion our design and engineering team have brought to the table in developing and building these cars."

Currently FPV dealers have received customer build number requests for more than 200 vehicles even though the cars are not launched until June.

Alongside the 550 GT F sedans, 120 'final' FPV V8 Pursuit utes will also be released through the FPV network, with Ford saying there's been keen interest in the celebration V8 utes, too.

Complete GT F sedan specifications will be released closer to launch. The GT F sedan has a Manufacturer's List Pricing of $77,990 and the FPV V8 Pursuit Ute is $52,990 (both price exclude dealer delivery and ORCs).