Milestone win at Wanneroo Raceway comes in final year for Holdens on the Supercar grid.

Although Holden officially left Supercars in 2020 and their presence on the grid will finally come to an end this year, there’s still time to achieve some milestones. One of those took place at Perth’s Wanneroo Raceway (aka Barbagallo) on 30 April. 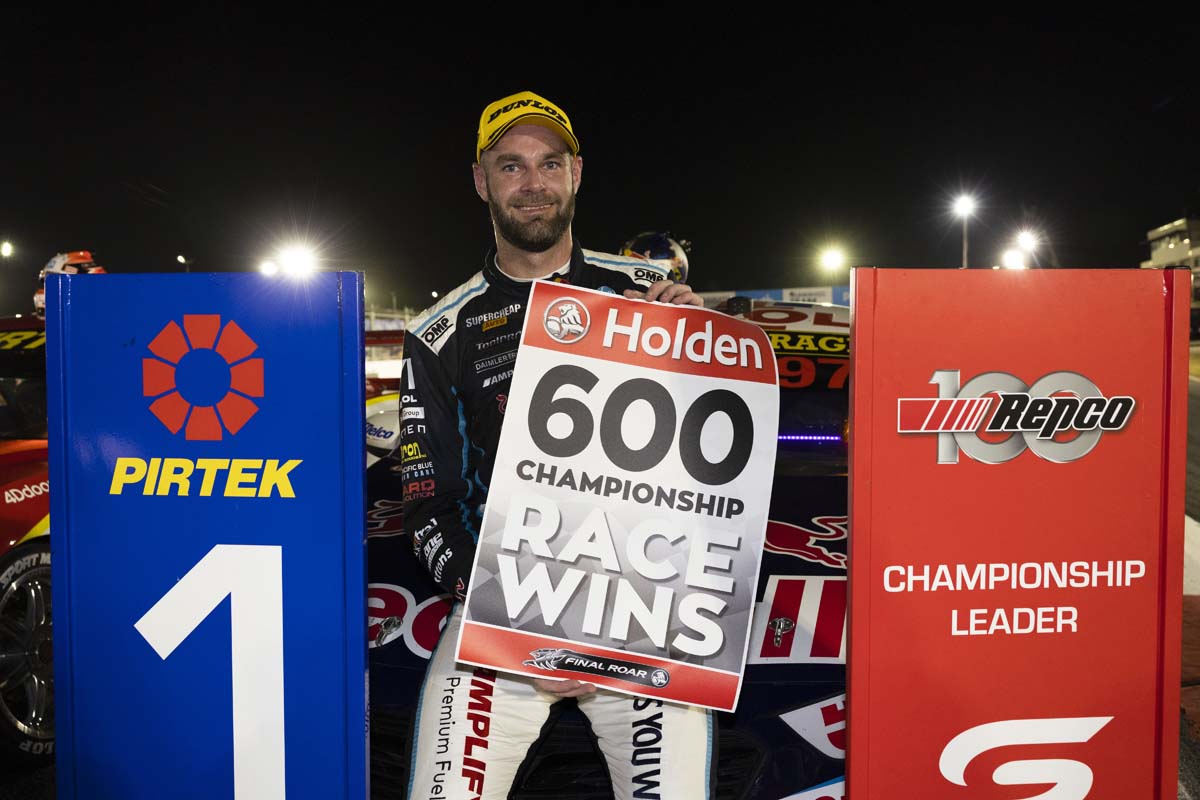 Ahead of the Bunnings Trade Perth SuperNight round of this year’s Repco Australian Supercars Championship, Holden had 599 race wins, accrued across the Australian Touring Car Championship and Supercars era, comfortably ahead of Ford’s 409 wins.

With Holden drivers victorious in all nine races of the 2022 season leading up to this round, achieving the magic 600 mark seemed merely a formality. It wasn’t guaranteed, though, as Holden’s leading driver, Red Bull Ampol Racing’s Shane van Gisbergen, had never won a Supercars race at Wanneroo.

That task was made harder when Shell V-Power Racing’s Anton De Pasquale, also winless in Perth, took pole in his Mustang, while van Gisbergen qualified third. 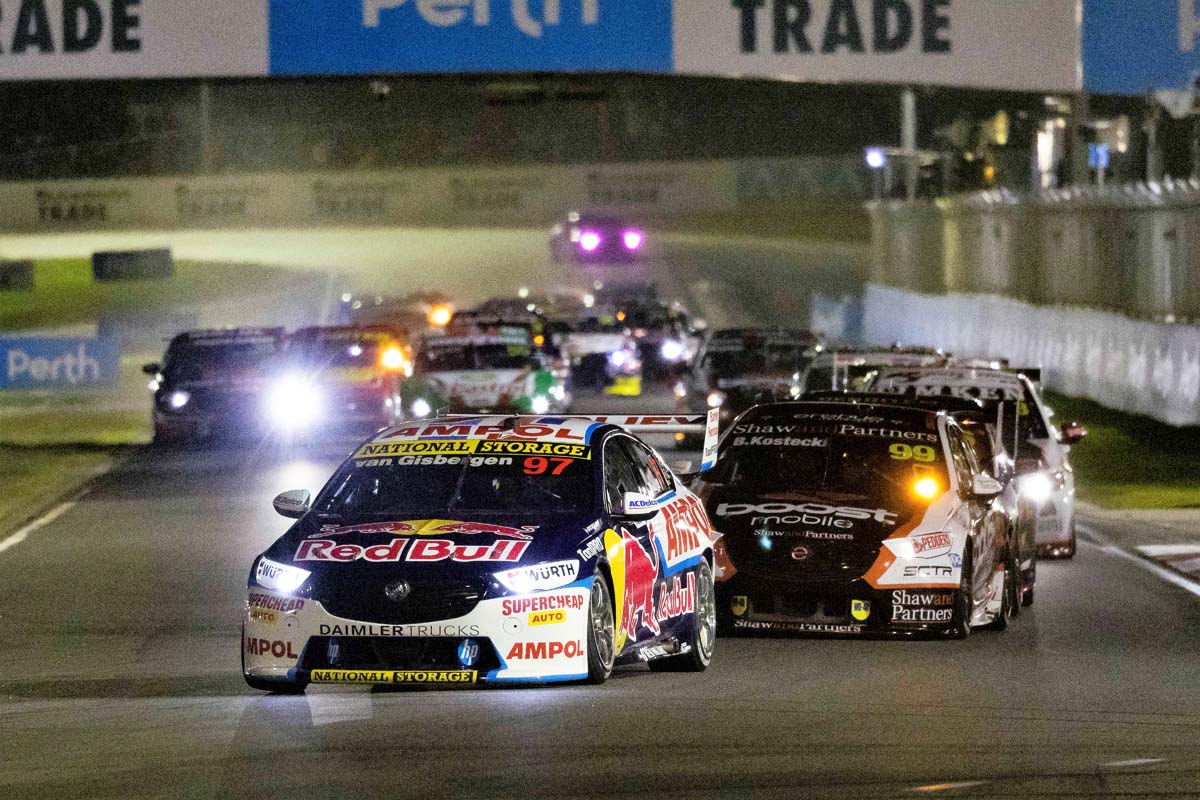 Held under lights, the first race of a three-race programme at Wanneroo saw van Gisbergen have to be patient in his ZB Commodore before making his way past Monster Energy Racing’s Cam Waters, then De Pasquale.

With four laps to go, van Gisbergen took the race lead, then drove away to win by a comfortable 2.3-second margin – his first ever in Perth, Holden’s first in the West since 2016 and Holden’s 600th overall. 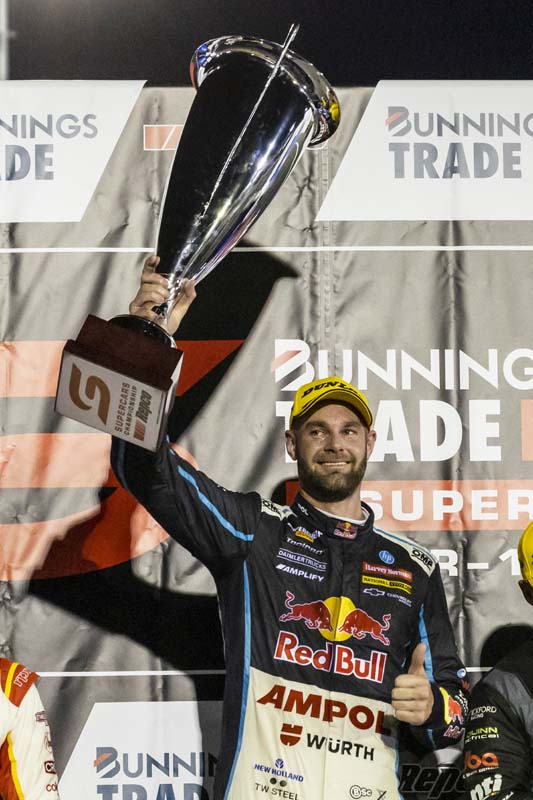 “Although Holden won’t be around next year, it’s cool to have [the milestone] for General Motors, and for us to represent Holden is still pretty cool,” van Gisbergen said.

Jamie Whincup, Team Principal at Red Bull Ampol Racing, added: “It’s a fantastic achievement and we’re excited to have played a part in this incredible milestone. We have enjoyed a successful partnership with Holden Motorsport for over a decade and look forward to being a part of many more successes with GM.” 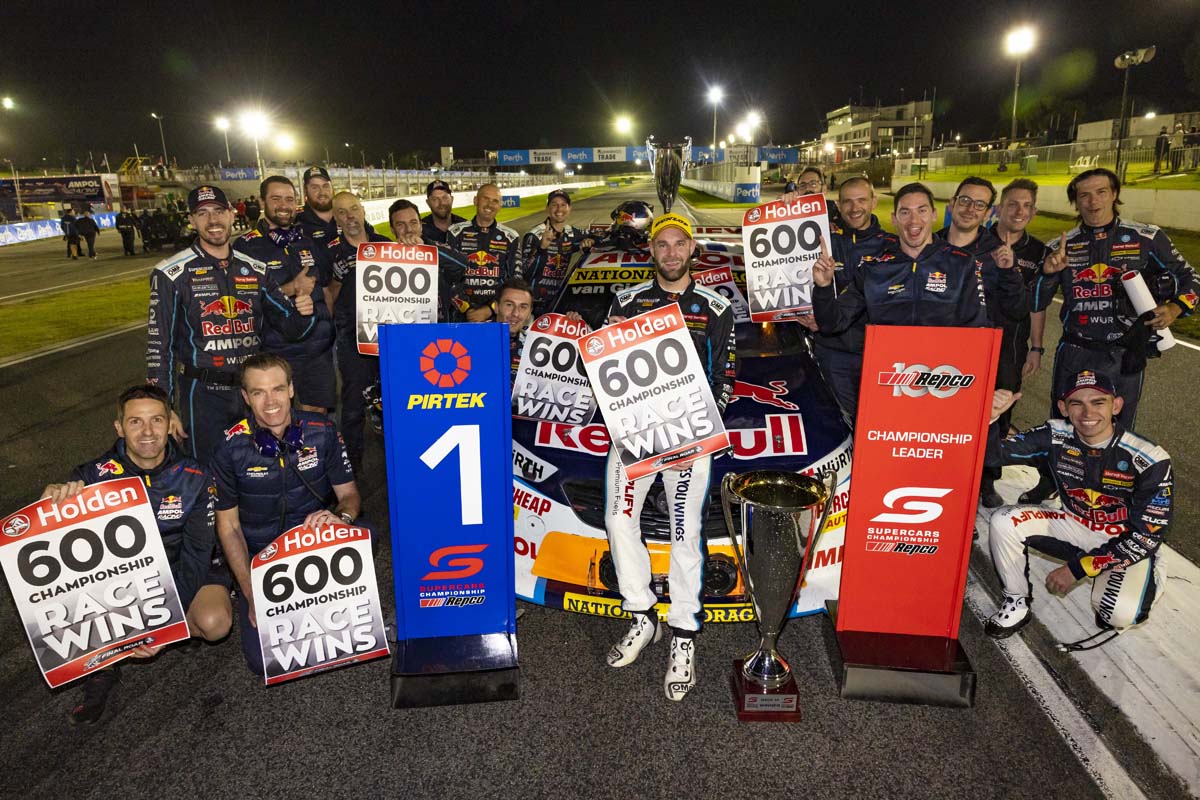 Holden’s first Australian Touring Car Championship (ATCC) race win came in 1969, when Norm Beechey was victorious in an HK Monaro GTS 327 at Surfers Paradise (the Bathurst 500 wasn’t part of the championship back then). A year later, Beechey would win Holden’s first ATCC outright title in an HT Monaro GTS 350. 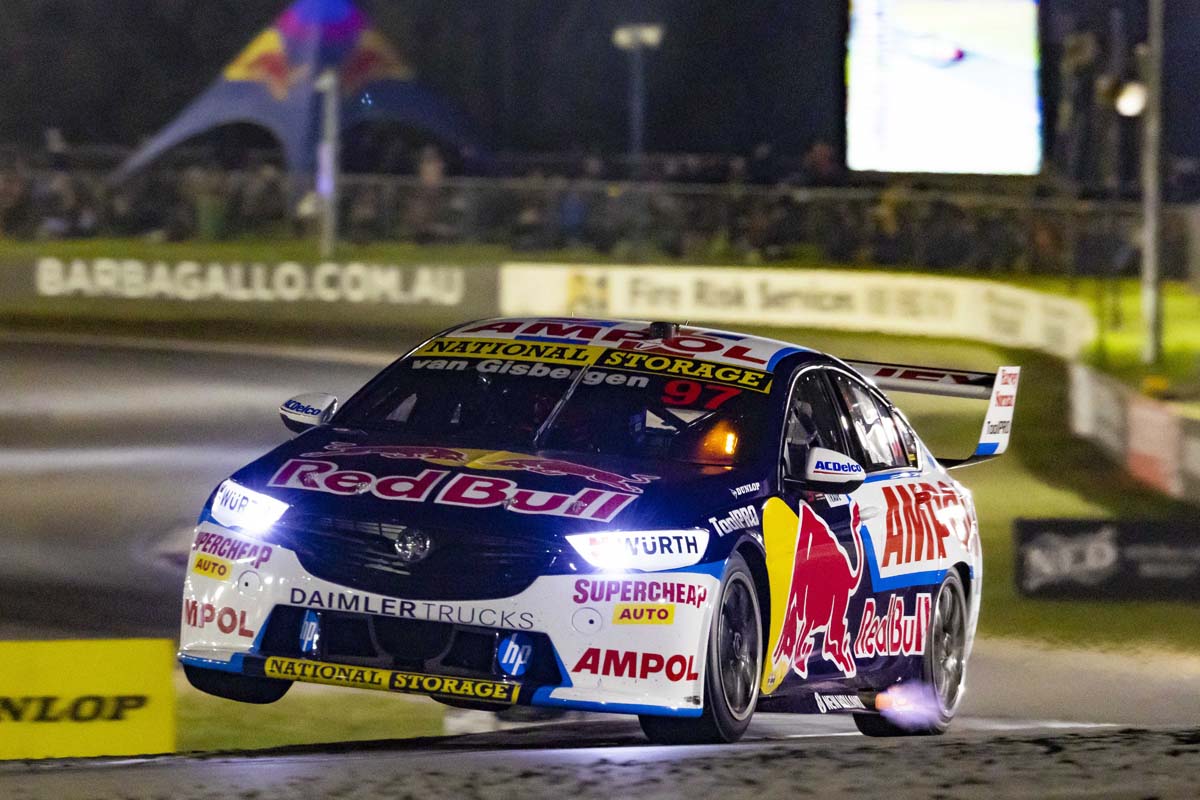 Of all Holden-badged cars to compete in ATCC/Supercars, the VF Commodore has been the most successful, with 108 wins, closely followed by the VE Commodore with 103. At time of writing, the ZB Commodore’s tally sits at 71, with the chance to add to that over the remainder of the 2022 season.

From 2023, the ZB Commodore will be replaced with the Chevrolet Camaro ZL1 and Holden Motorsport will give way to Chevrolet Racing under Supercars’ Gen3 era.