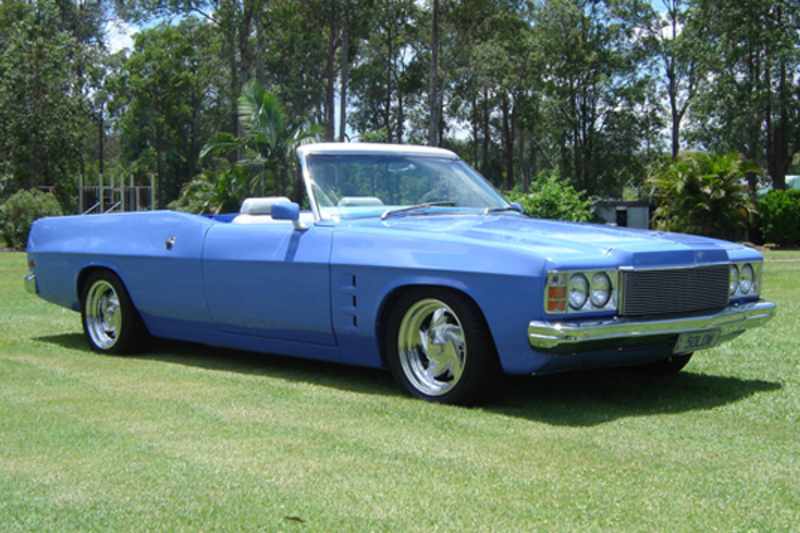 "I came home [from Summernats] full of enthusiasm and in the beginning of 1994 bought a stock standard Holden HX panel van,"
When Andrew Bloye and his wife saw a custom convertible ute at their first Summernats in 1993, they were inspired. So much so that Andrew decided to build a cool custom roadster ute - especially for his wife! Having owned and restored several HX utilities over the years, Andrew's take on the softop ute had to be from the GMH stable, but chopping the roof off a ute was a whole new experience!

"I came home [from Summernats] full of enthusiasm and in the beginning of 1994 bought a stock standard Holden HX panel van," Andrew explained.

"The roof was rusted but I didn't need that bit anyway! The rest of the car was in not too bad condition."

Andrew started by marking out what would be the HX's new bodyline in pen, then "got the nine inch out and started cutting". Once the roof was gone, Andrew decided the windscreen was sitting too high, so he cut the frame down to give the HX more of a roadster look. The top of the frame was reinforced with heavy tubing to keep it rigid. That was followed by cleaning up the cut where the B pillar was taken off, capping it and smoothing out the join to make it look more natural. The window frames for the doors were also removed, which makes sense when you think about it, but it's not something you notice on first viewing of this vehicle.

While all this was going on, Andrew had also stripped out all the wiring and removed the bumpers, lights and other items. With no window frames for the doors, the windows were redundant, so they got the chop, too, along with the exterior handles and door locks. The locks and handles were all welded up and smoothed out. Using a similar method to how he capped and covered the B pillar, Andrew also filled the gaps in the tops of the doors.

Prepping the body was the next stage, starting with removing the chassis from the body and sandblasting it.

"I made up a rotisserie for the chassis to sit on so it was easier to work on," Andrew explained. "I cleaned up the unsightly welds and made it look pretty, [then] painted it in 2pak silver Honda vogue.

"We chose silver because my wife wanted to paint the car purple and thought silver would match well."

Purple and silver? Remember, this was going to be a car for the missus, so she got the final say on colours! The purple chosen was 'Bellflower', which is actually a Hyundai colour usually seen on Excel hatchbacks. In addition to the body, some of the suspension components and running gear, the engine, diff, axles and fuel tank were treated to a few coats of Bellflower, while a lot of the nuts, bolts and other pieces destined for the show-quality undercarriage were chromed.

With the chassis cleaned, painted and sorted, it went back onto its wheels, and it was time for the HX body to go onto the rotisserie for prep and painting.

"The body went onto the rotisserie and I had it sandblasted inside and out," Andrew said.

"When it came back from sandblasters I had to replace one floor pan and both rear quarters.

"I had done resto's before, but it wasn't until I started on the body that I realised how big a job I had set for myself."

Part of what made the job so big, aside from the custom roof chop, was the fully detailed undercarriage.

A commitment to make the underneath of the HX convertible as smooth and sleek as the top meant a lot of time prepping, smoothing out and painting the underside of the body before it was put back onto the chassis. It was at this point that the project stalled.

"In 1995 I started doing projects for other people so it was stuck in the corner of the shed for about 2 years while I worked on everyone else's cars".

Two years later, the HX project got back on track when Andrew sourced a 253 V8 engine from the local wreckers. Andrew said he could have gone bigger, actually MUCH bigger for the powerplant, but this car was being built as a cruiser, not a racer, so the 253 was more than adequate for that task. A rebuild of the engine included a 40 thou oversize rebore and RV15 cam, so it sounded nicer and had a little bit more poke. HCP-coated Genie extractors were then fitted, followed by a 600 vac Holley carb and genuine Holden electronic distributor. After cleaning up the engine bay, both it and the 253 were painted in Bellflower, followed by the cabin floor and around the windscreen frame. Trimming down the glass to fit the lower profile of the vehicle proved to be a little tricky, so Andrew turned to an expert for that part of the project.

"Luckily I had a mate who owned Morayfield Discount Auto Glass (QLD) and he cut the sides down on a Monaro windscreen so it would fit and then fitted it in the car."

With the fair chunk of the hard work done, the project stopped again in 2000 when Andrew and his wife sold their house. "I had a new project," Andrew laughed. "Building our new home!"

A few years passed before Andrew decided to tackle the project again - and finish it.

"My wife kept telling me it would never get it finished and I would be too old to drive it!"

Blowing all the dust off revealed that the body hadn't survived the move and the years in storage too well, having acquired a number of dents and scrapes.

"Every spare second I had was spent working on it," Andrew said. "I pre-fitted the doors, bonnet and guards many times before painting to ensure all body gaps were perfect. One thing I don't like is uneven gaps in panel alignments. I'm too fussy for my own good - just ask my wife!" Andrew laughed.

What had started out as a basic but eye-catching 'driver' resto had grown and grown into something closer to a show quality street machine.

With the panel gaps sorted to his high standards, Andrew painted the panels in - you guessed it - Bellflower, even going so far as to make sure the underside of the dash was covered in the Hyundai colour. The same went for the underbody, with every panel painted in the distinctive lilac purple. By this stage, the project was into its second decade, the ute tub and outer body painted next, being completed in 2005. With the body buffed, it was time to start fitting the wiring - all hidden - and adding all the trim pieces and chromed parts. That was followed by many, many hours of sanding and machine polishing stainless steel bolts for inside the guards and body.

"Once all the body was back together, I thought I'd better fire it up to see if the engine would run," Andrew said. "The engine had never been started in all the time it was in the car, so I wasn't sure if it would even run. It was a big relief when it did kick over - what a sweet sound!" Andrew added, referring to the note delivered by the mild cam.

Upholstery was next on the agenda. Andrew and the wife decided on leather as it gave the interior a softer look, with grey and purple selected to match the body and chassis colours.

"I came up with a rough design for the door trims and Troy from Sew Fine Upholstery at Redcliffe (QLD) refined the design, made it look better and made up the trims and covered the seat."

With the upholstery and carpet fitted, the project was getting into the home stretch.

"I purchased Dragway billet wheels and a steering wheel to match," Andrew said. "Once the wheels went on it was starting to get exciting. There was a light at the end of the tunnel - finally!"

In 2007 the car was complete enough for Andrew to call in an engineer to do his report and attach the modification plate to the car. This went off without a hitch, but proving that no resto or custom build is 100 percent trouble free, there was a little bit of rain on Andrew's custom parade - literally!

"In early 2008 I drove the car down for its Roadworthy and registration and, of course, on this day it rained.

"I had broken the drought. It hadn't rained for months and months and the first day I get to drive it on the road it rains!" Andrew laughed.

All up, the HX roadster ute took 14 years from start to finish. "It was such a good sense of achievement," Andrew said. "I had finally done it. To think this was all done in my back yard shed and was all my own work, blood, sweat and tears."

The ute has certainly been a head turner, Andrew saying its unique appearance and high standard of finish draws a crowd wherever it goes. However, with a couple of kids, the limitations of a ute convertible - that is, only a bench seat with room for three - became apparent. With no room for all the family, Andrew decided to sell his custom creation for someone else to enjoy. At time of publication, the HX roadster utility was still for sale, with an asking price of $38,000 ONO. Engineer approved and fully registered to February, 2012 with appropriate '77 UTE' rego plate, this vehicle is a street machine with a real difference. Look for the advert in this issue or contact Andrew directly on 0437 820 741 for more details.

With the HX on the market, Andrew has already started on his next project - a 1963 Chevy Impala 4 door, which is a lot more 'family friendly'. After the amount of detail and time put into the HX build, Andrew has sworn never to undertake such a complex build again, so the Impala project will be a lot more mild. We're sure it'll still be impressive though! 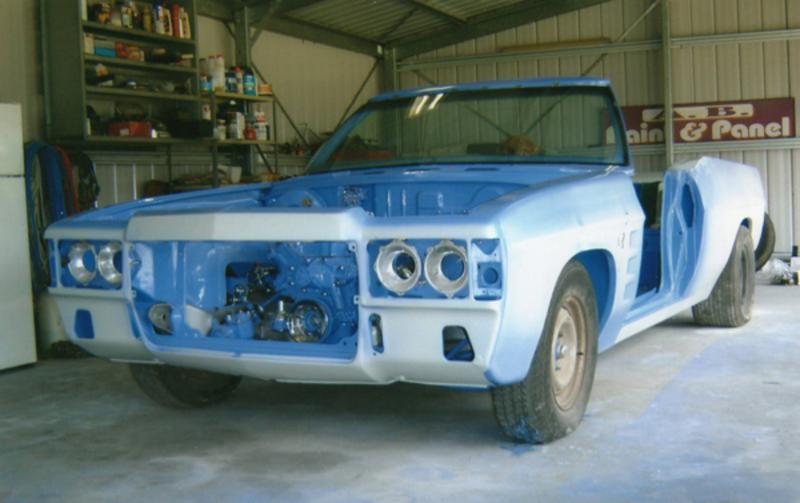 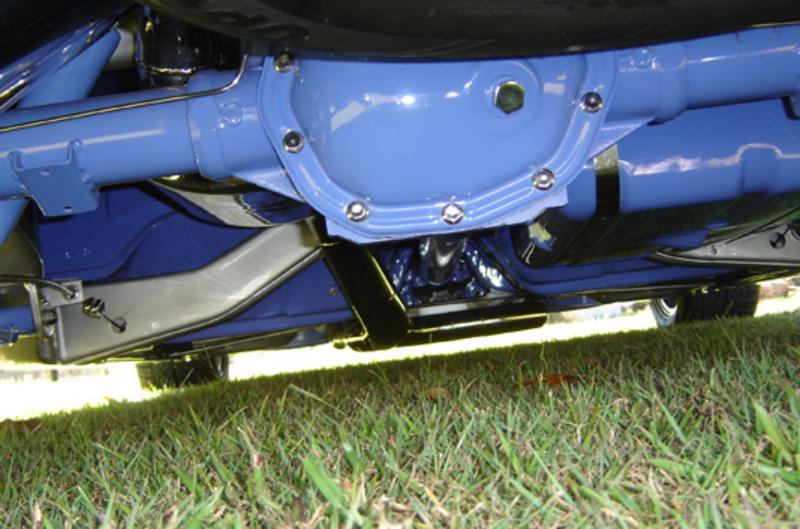 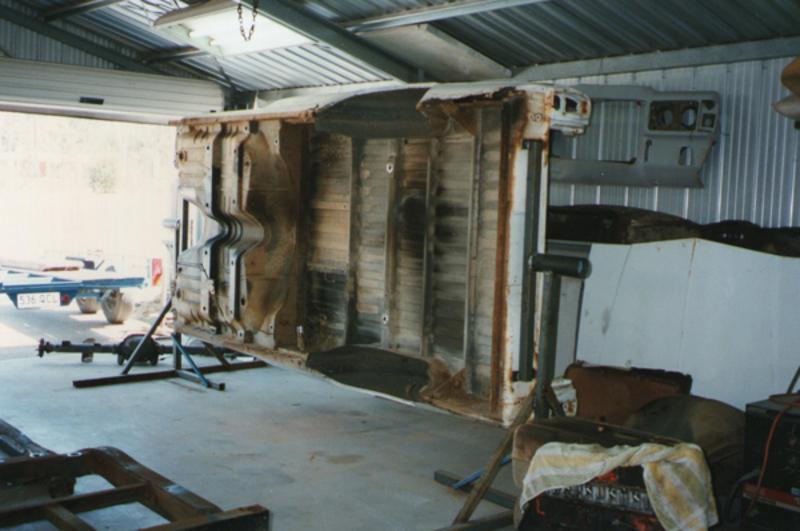 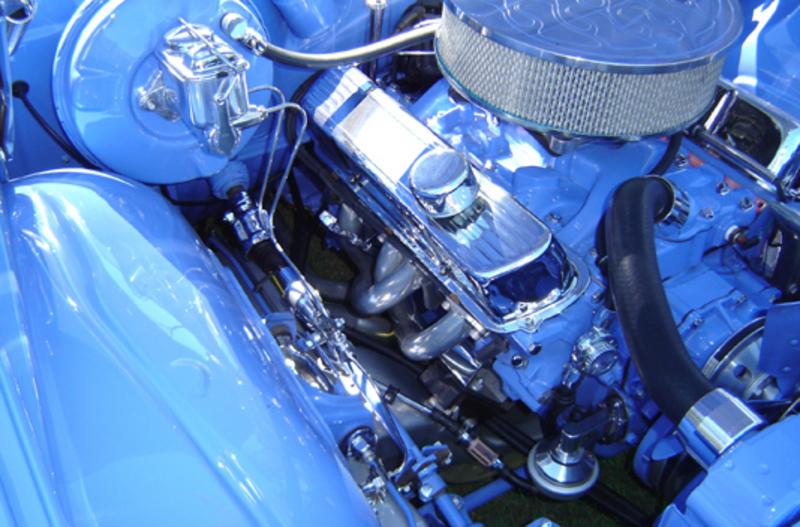 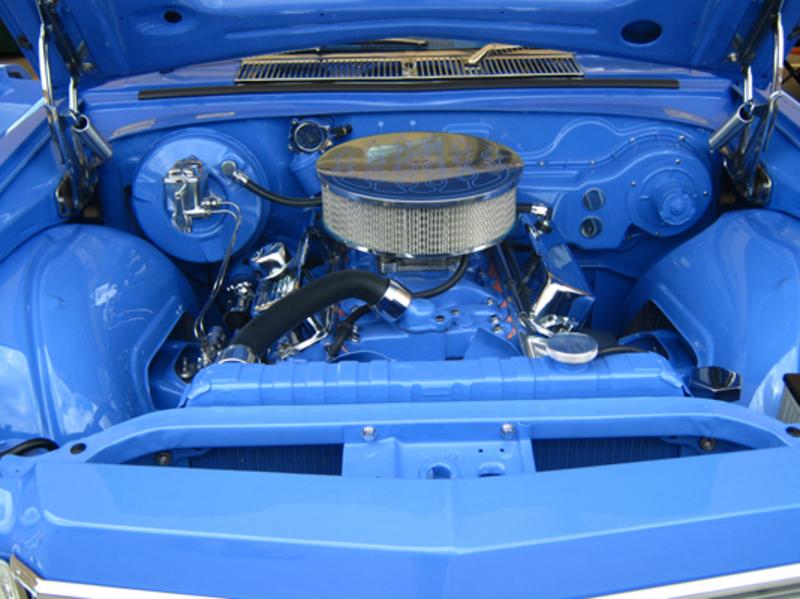 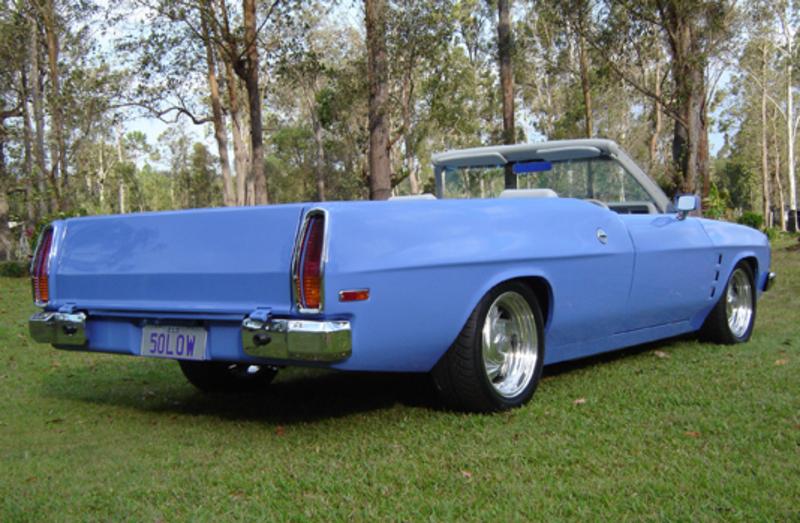