Even though there hasn’t been a new one built for years, HSV cars are more desirable now than ever.

In our April Classic and Collectable Car Auction, we were fortunate to receive a consignment of HSV vehicles that formed part of a collection. We were very proud that the collector chose to auction his treasured cars through Grays. 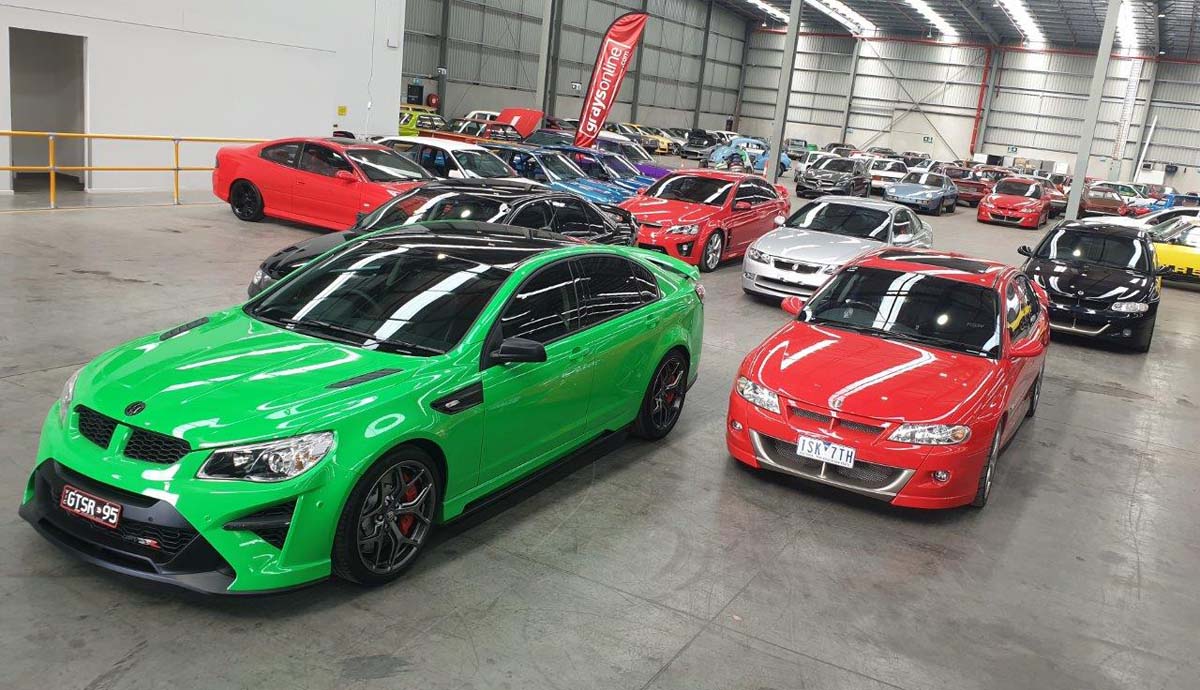 Covering vehicles from the late 1990s to the end of Commodore-based production in 2017, the six-car HSV collection focussed on some of the more high-end HSV offerings (no Clubsports, for example) and included vehicles that were rare or had significance in HSV history.

All six vehicles were consigned with no reserve, too, making them particularly tempting for buyers. That being said, the market is very much awake to HSV values these days, thanks to some recent high-profile auction results, so the chances of securing an absolute bargain were slim.

GTS to the fore

Anchoring the collection were four GTS sedans, covering VT, VX, VY and E Series (HSV-speak for VE).  All had mileage under 100,000km and some were under 50,000km. With that mileage, all four were in outstanding condition, too.

The 1998 HSV VT GTS sedan in this group may not seem like a milestone model. After all, the GTS had been introduced three series’ earlier on the VP Commodore platform, and the VT’s star was arguably eclipsed by the lairy VS GTS-R that preceded it. The significance of the VT GTS lies in the fact it was the last ‘all-Australian’ HSV V8. From the VX series on, the locally-developed-and-built V8 would be replaced with imported Chev LS engines.

While they removed a lot of local content, those LS engines delivered a lot of power – around 80kW more than the engines they replaced. In the 2001-model VX GTS, the Callaway-tuned, naturally-aspirated ‘LS1’ 5.7-litre V8 offered maximums of 300kW and 510Nm. The VX GTS was only offered with a six-speed manual transmission, too, unlike GTS sedans that preceded and followed.

When the VX GTS was new, HSV sent one to the famous Nurburgring Nordschleife in Germany, where it lapped the 20.83km circuit faster than a Mercedes-AMG E55 and BMW M5. Bragging rights secured! 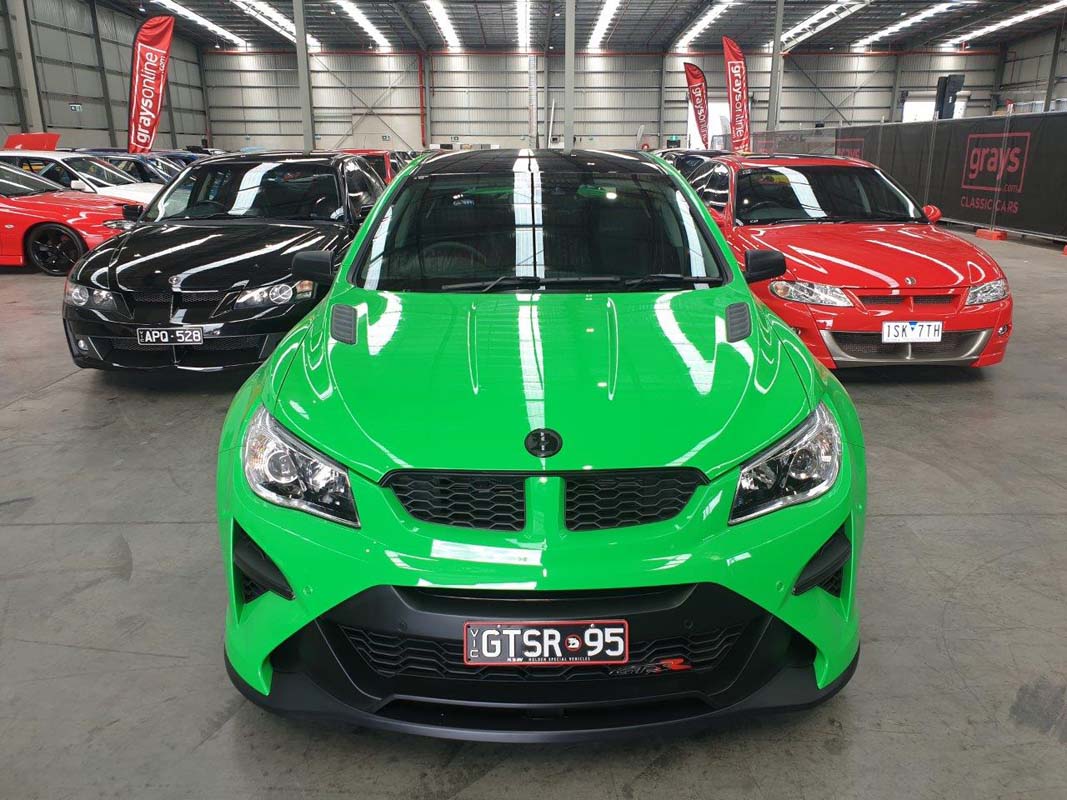 Like the VT GTS, the VY GTS may not seem significant on first inspection, but its appeal lay in its rarity. While almost 400 VT and 300 VX GTS sedans were built, VY GTS production was less than 150. That was undoubtedly a factor in the example consigned for the April auction selling for $95,009.

In contrast, the high production total of more than 3,000 for the E-Series GTS was a factor in the example from this collection, a 2009 model, selling for $53,009. There’s nothing wrong with the E Series, as it features a 6.2-litre LS3 producing a strong 317kW and 550Nm. But being so prodigious (at least, in HSV terms) and still relatively “new,” cars like this are a bit of a slow burn. But if enthusiasts are prepared to be patient and sit on them for a decade or two, they will deliver substantial returns on investment.

Last of the Line

Leading the HSV Collection at the April Classic and Collectable Car Auction was a 2017 Gen-F2 GTS-R. Finished in bold Spitfire Green paint, this GTS-R ran an LSA supercharged V8 producing 435kW and 740Nm, enough to propel the sedan from 0-100km/h in around 4.5 seconds.

As the last of the Commodore-based vehicles to be produced by HSV, demand for everything on the Gen-F2 platform was high. In the case of the GTS-R, that demand saw 1,270 units built. 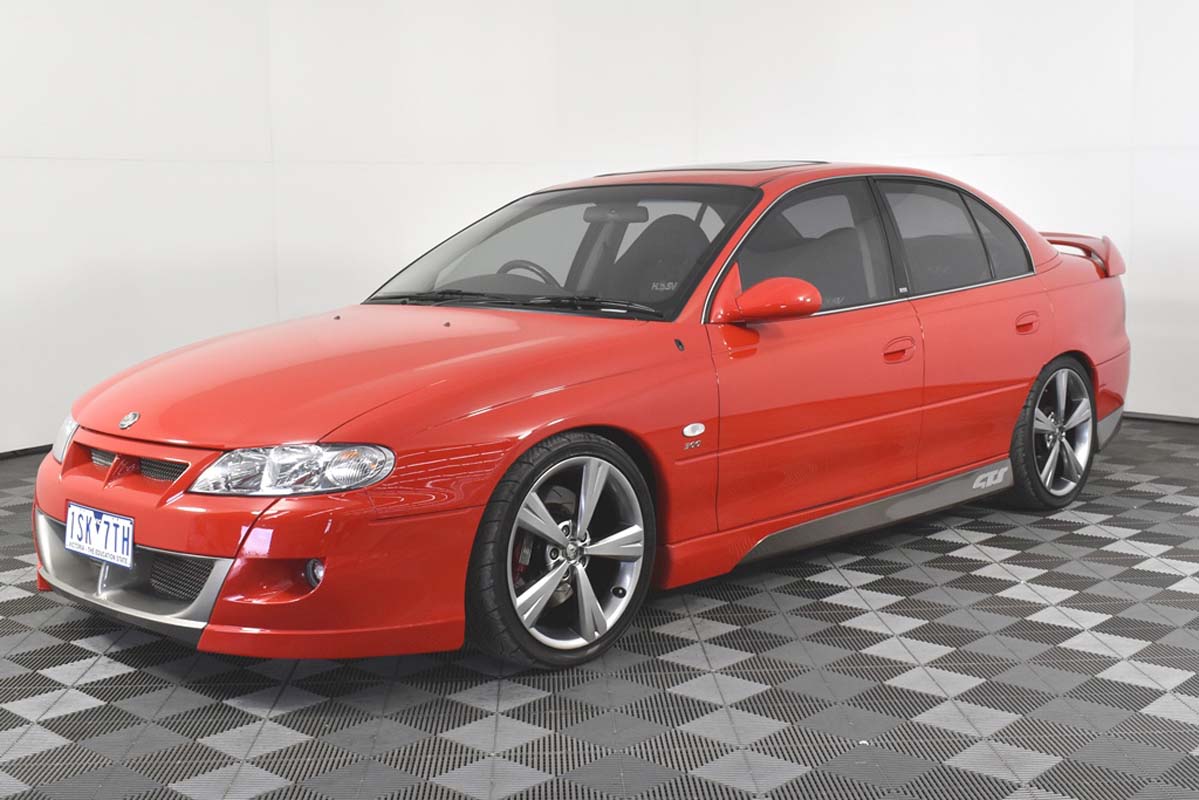 When it was new, a GTS-R would have set you back just over $110,000, so the $225,409 this unit sold for was a very healthy return. What other investments can you name that double their value in under four years?

Notable with this car is that was the first Gen-F2 GTS-R produced – build #0001 – and was believed, but not proved, to be HSV supremo Ryan Walkinshaw’s car for a period. Whether that added to the final price or not is debatable, but these nuggets certainly add to the car’s provenance and will most likely add to its value in the future.

It’s a quirky fact of the collectable automobile market that failures eventually become successes. You need look no further than the Edsel or Delorean for that.

Locally, we have the Leyland P76 to point to as Australia’s great motoring failure, but there are several others that could claim the crown, too. 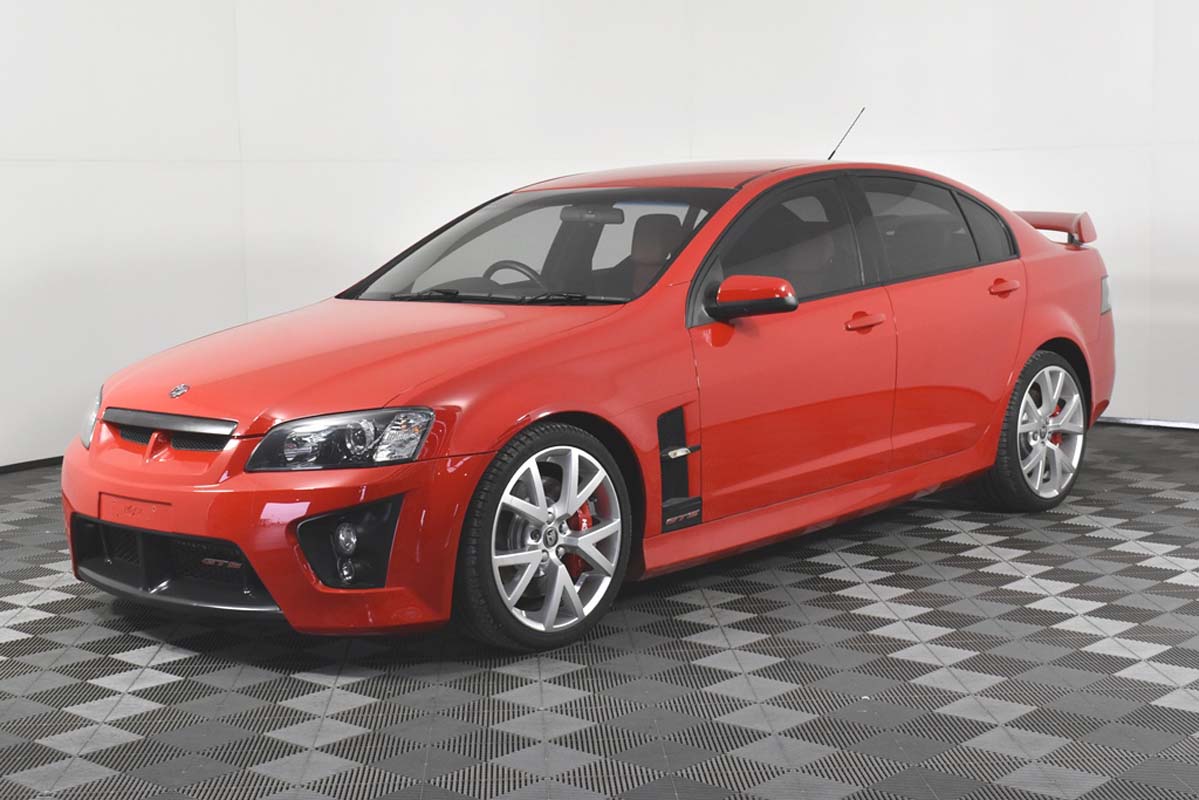 The HSV Coupe 4 from 2005 wasn’t a failure as such, but it certainly wasn’t as good as it could have been. Fitting an all-wheel drive system into a Monaro chassis required numerous comprises, and these negatively impacted the potential of the car. Also, Australia wasn’t a big market for AWD cars (as opposed to AWD SUVs) at the time, so the whole raison d’etre for the Coupe 4 didn’t make a lot of sense. Nevertheless, HSV built them and punters bought them. Not many, though, as rear-wheel drive was – and still is - king amongst the HSV faithful.

Combine market failure and low production of only 132 units and you have two of the key formulas for modern success. In the case of the Coupe 4, it remains a quirky choice, but this one sold for a very impressive $133,909, which may be a new auction record for the model.

So, what will be the next “hot HSV”? As proven by the results from our April auction, the low-volume cars are hot property.

Our gut and experience tells us that lesser-known and less-appreciated models from HSV production will be the new targets, as high-profile vehicles are priced out of the reach of all but the most well-heeled enthusiasts.

While the bookends of Commodore-based HSV production – the VL SS Group A SV and Gen-F2 GTS-R W1 – will always be popular for their ‘first and last’ status, we expect interest in the breadth of HSV production within those bookends to increase. We’ve already seen evidence of that in the results achieved by our April auction, and expect similar growth in demand and auction prices in the short to medium term.

If want a Grays tip on an affordable classic that’ll rise in value, watch the FPV market. We predict the same factors impacting HSV prices now will start to be seen in the FPV market in the not-too-distant future.