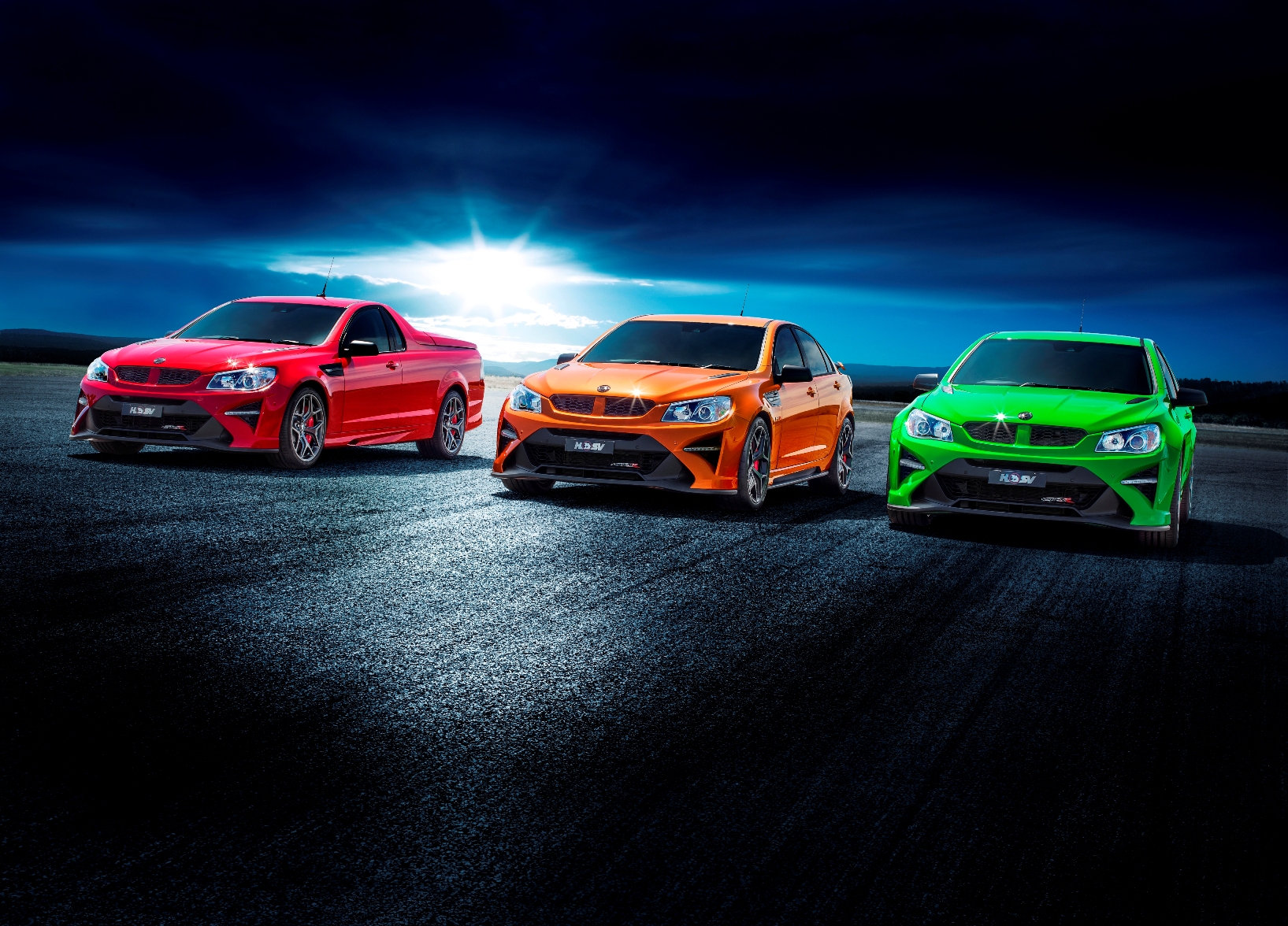 Final Australian-made HSV range celebrates 30 year history and revives GTSR badge. Premium GTSR “W1” already sold out.
In February, Holden Special Vehicles (HSV) announced their range for 2017, which will be the final products to be based on the Australian-made ‘Zeta’ platform Commodore sedan and utility.

While HSV will survive beyond the closure of Holden’s Australian vehicle manufacturing operations later this year, the MY17 range is the last opportunity for enthusiasts to grab a piece of Australian-made HSV history. This year’s range is spread across two fields: a “30 Years” anniversary collection of five models; and the “GTSR” range of three exclusive high-performance vehicles. The 30 Years lineup, production of which is already underway, consists of the Clubsport R8 LSA sedan, Clubsport R8 Tourer LSA (wagon), Maloo R8 LSA ute, Senator Signature sedan and GTS sedan. The GTSR range, which revives the nameplate first used on the limited-edition VS Commodore-based sedan from 1996, consists of the GTSR sedan, GTSR Maloo ute and the ultra-exclusive GTSR W1 sedan.  Production of the GTSR range will commence in April, with the GTSR W1 to be limited to just 295 examples, all of which already have owners.

The GTSR W1 is the pinnacle of the Zeta-platform MY17 range, and rightly so, as it’s one of the most powerful Australian-made vehicles ever produced.  It’s priced to match, too, at $169,990, excluding on-road costs. The price is academic, though, as all of the 295 units committed for production have buyers, although one or two may be held back to allow those loyal customers  who didn’t place a deposit with their HSV dealer the chance to secure a vehicle via a lottery system. Apart from its limited build and eye-watering price, what sets the GTSR W1 apart from the rest of the new HSV range is its engine. Of all the MY17 HSV product, it’s the only one to use the GM ‘LS9’ engine, a supercharged 6.2-litre V8 previously used in the ZR1 Chevrolet Corvette. When the LS9 went out of production in the US, Holden and HSV petitioned for units to apply to locally-assembled vehicles. GM obliged with an initial stock of 150 engines, which was later increased to just over 300.

What sets the LS9 apart from the LSA V8 (also a supercharged 6.2-litre) that drives the rest of the HSV range is its power. At 435kW, the LSA is already the most powerful of its type offered by HSV, but thanks to modifications like dry sump lubrication and forged aluminium pistons, the LS9 produces 474kW and 815Nm; output that HSV says puts the HTSR W1 in the class of a V8 Supercar.  Also exclusive to the GTSR W1 is its manual-only status. While the GTSR and GTSR Maloo can be optioned with a 6-speed automatic, the GTSR W1 will only be available with a Tremec TR6060 close-ratio 6-speed manual designed to be compatible with the LS9.  Combined  with a high-flow exhaust system with bi-model mufflers, this drivetrain delivers an alleged 0-100km/h time of 4.2 seconds, making it the fastest-accelerating volume-production Australian car ever.  Detail touches inside and out also defines the W1 against its siblings. For example, all GTSR units feature wider front guards compared to the 30 Years models, but the W1 has the vents for these guards in carbon fibre, while the SV Panorama 30-inch wheels are finished in matte black and fitted with Pirelli tyres (the other GTSR models get Continental tyres).

The W1 also gets ‘SupaShock’ suspension, which HSV says is similar to that used on the Walkinshaw Racing supercars, but refined for on-road driving. The other GTSR models get semi-active Magnetic Ride Control suspension. Externally, a new Aeroflow rear spoiler has been added, which is finished in carbon fibre on the W1, while a new quad exhaust diffuser design for all GTSR models is accented with smoke chrome tips on the W1. Inside, the W1 features full Alcantara-trimmed versions of the ‘HSV Podium’ seats used on the other GTSR models (with “W1” on the headrests), and adds an Alcantara-wrapped steering wheel and gear shifter that’s optional on the GTSR and GTSR Maloo. W1 identification is also found on the sill plates, ID plate and key fob. Options on the W1 are limited to a tilt-slide power sunroof, blackout roof panel and car cover customised with the W1’s individual build number.

*recommended retail pricing, including LCT, but excluding other on-road costs. 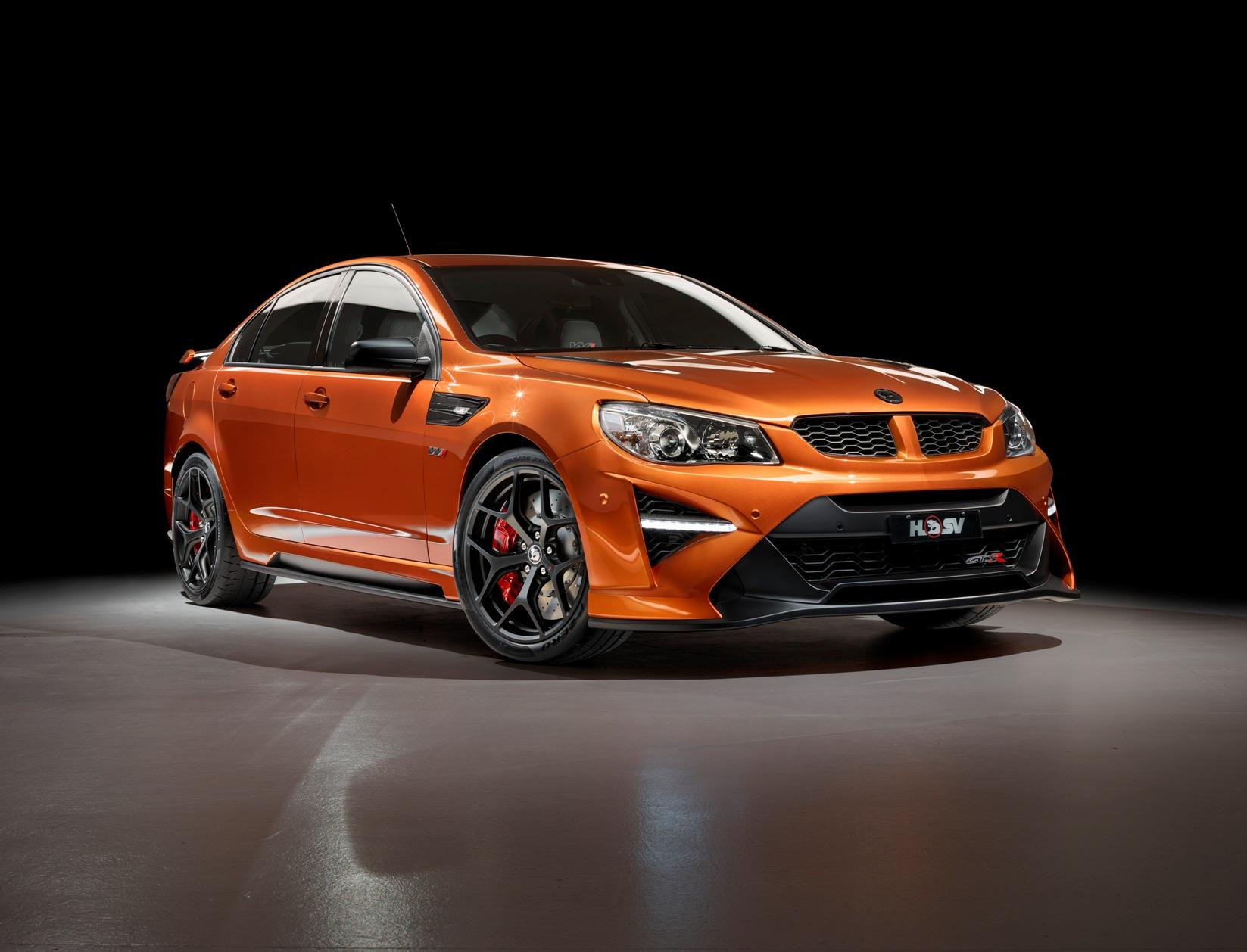 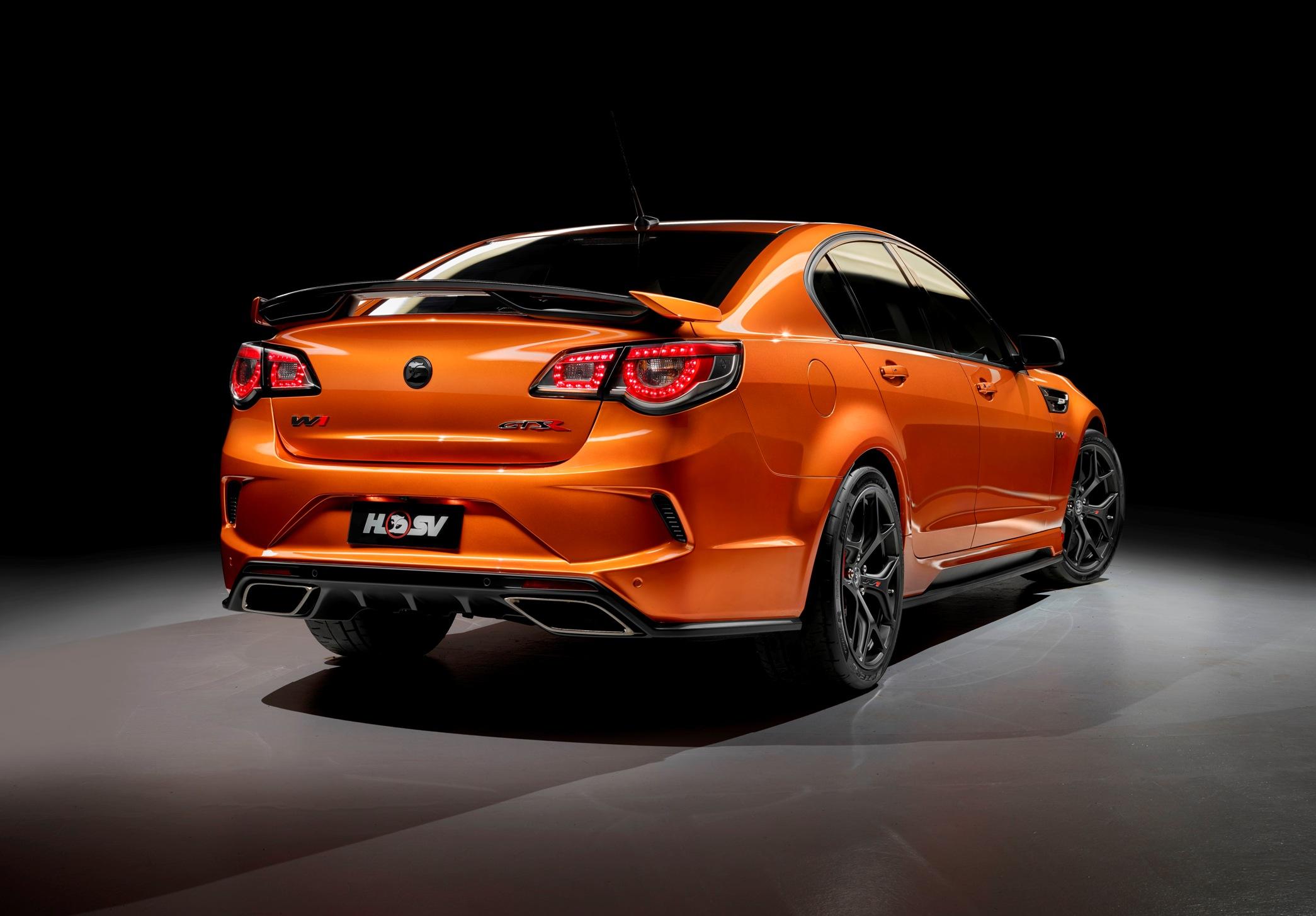 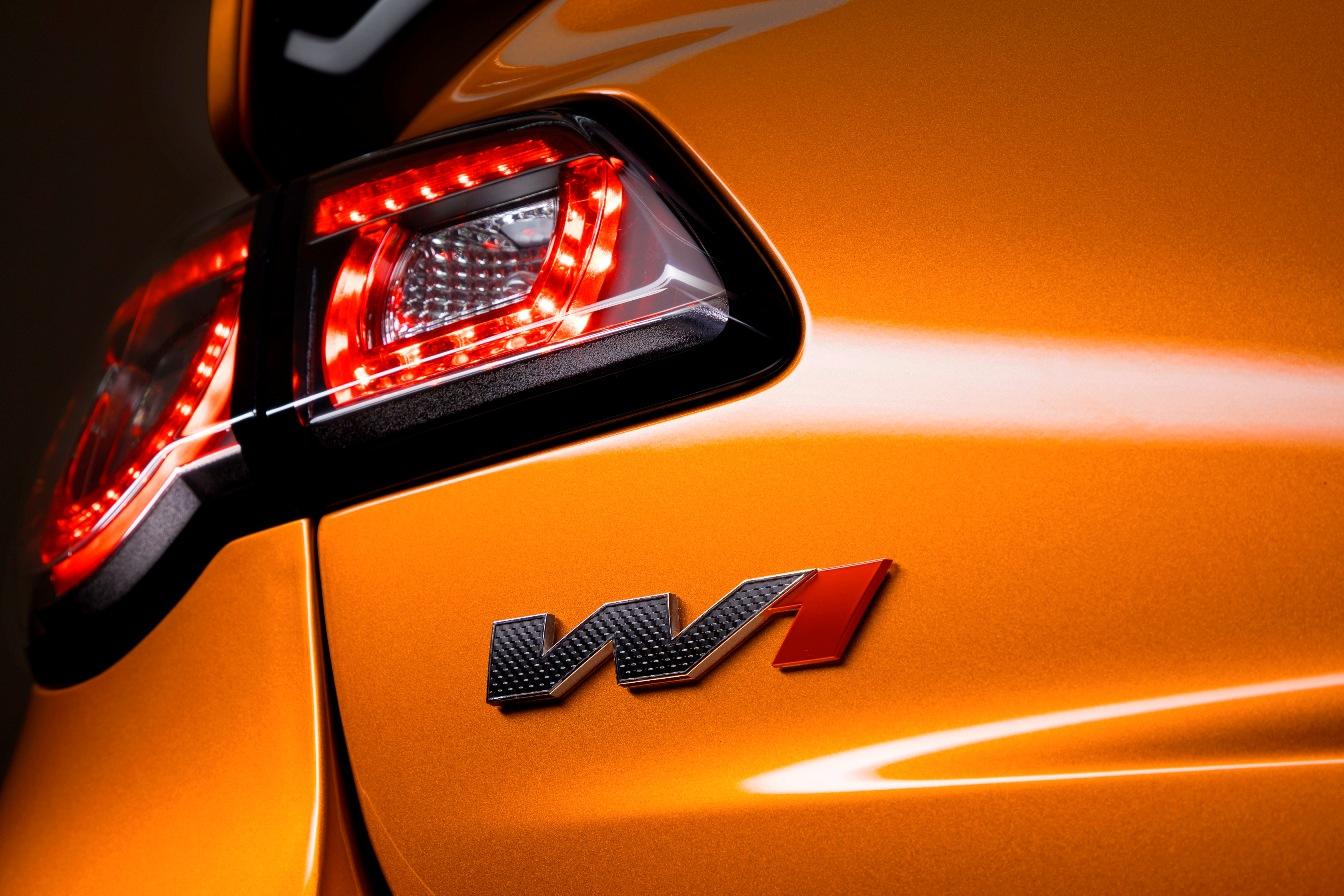 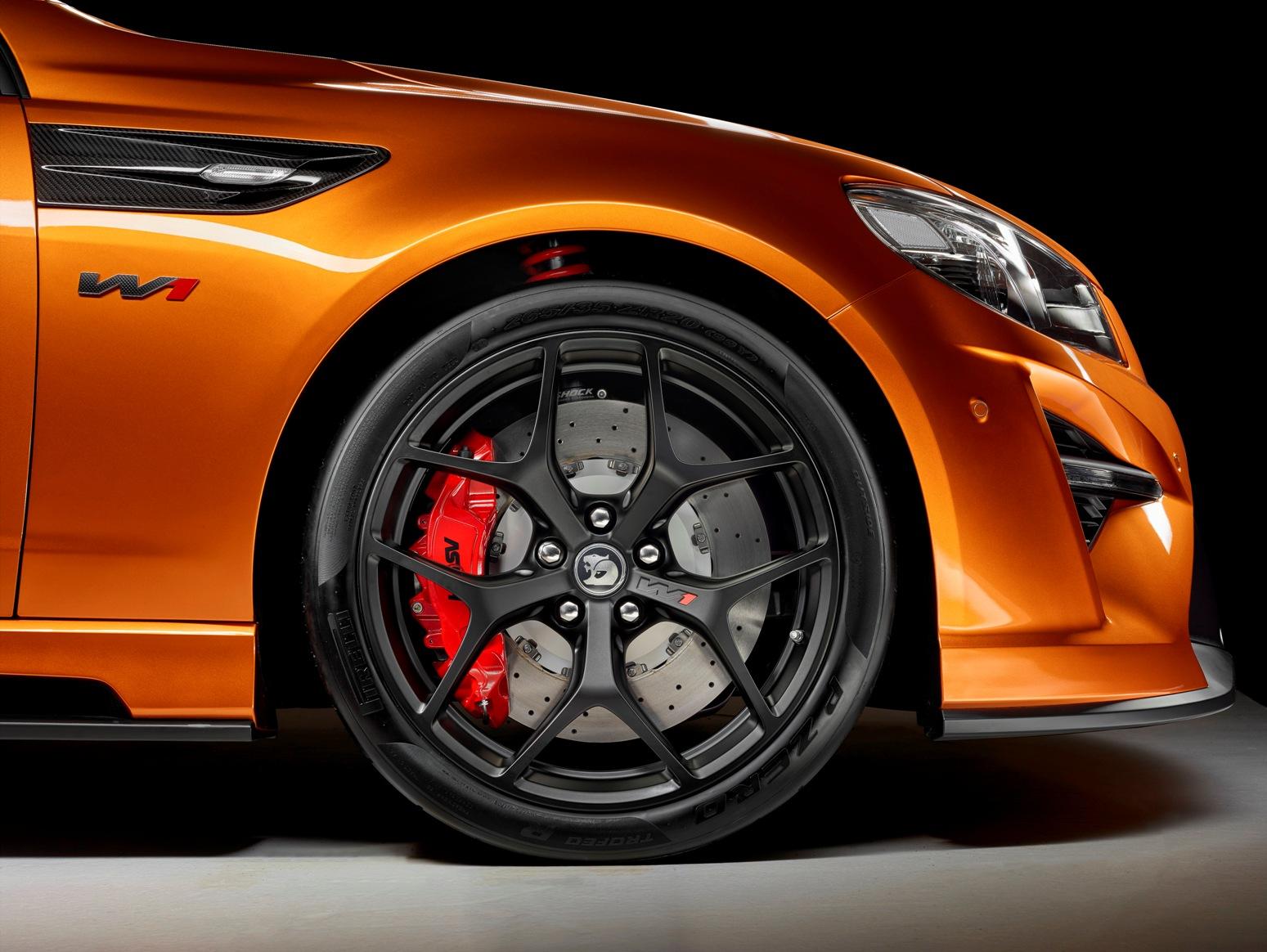 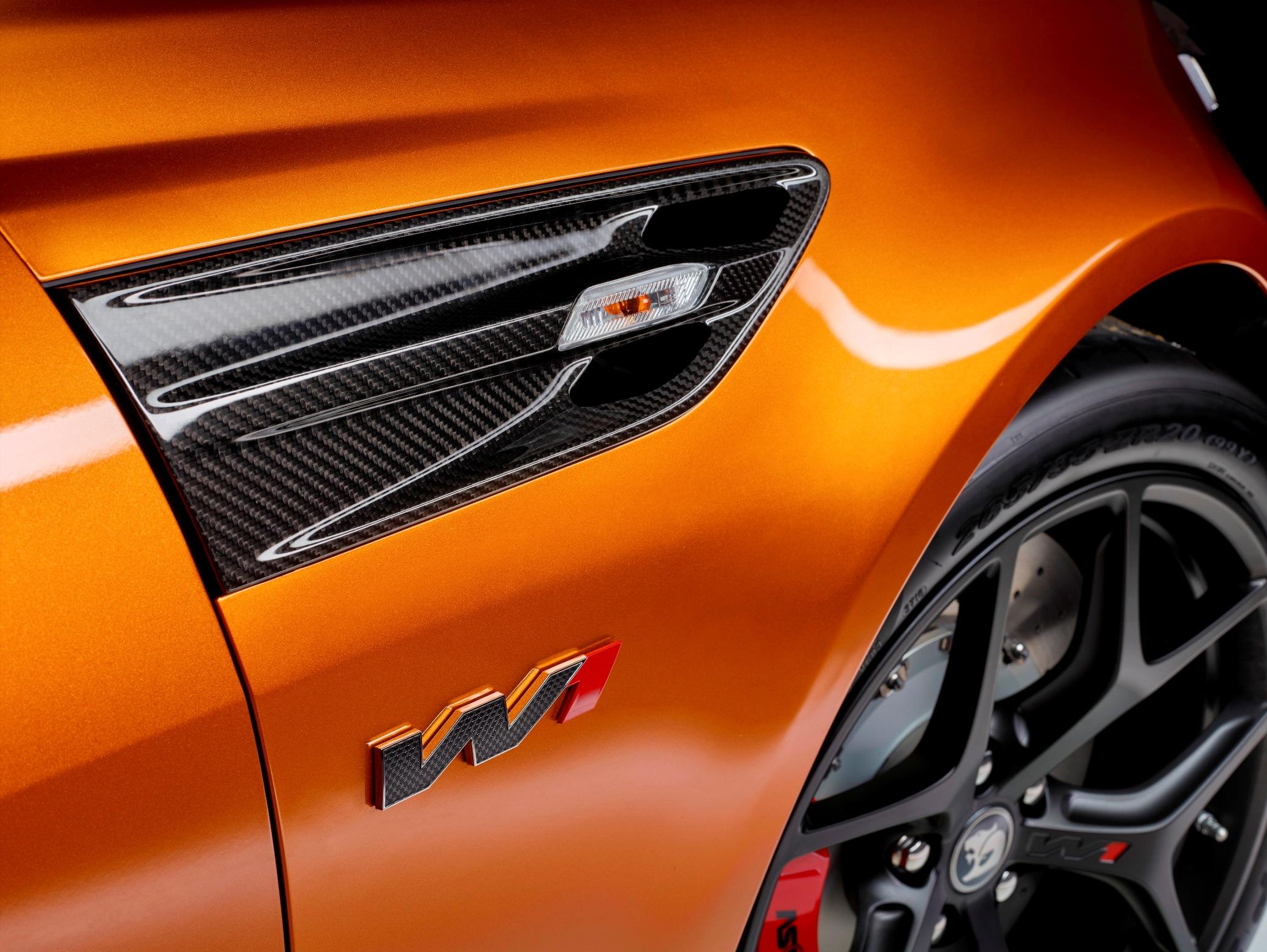 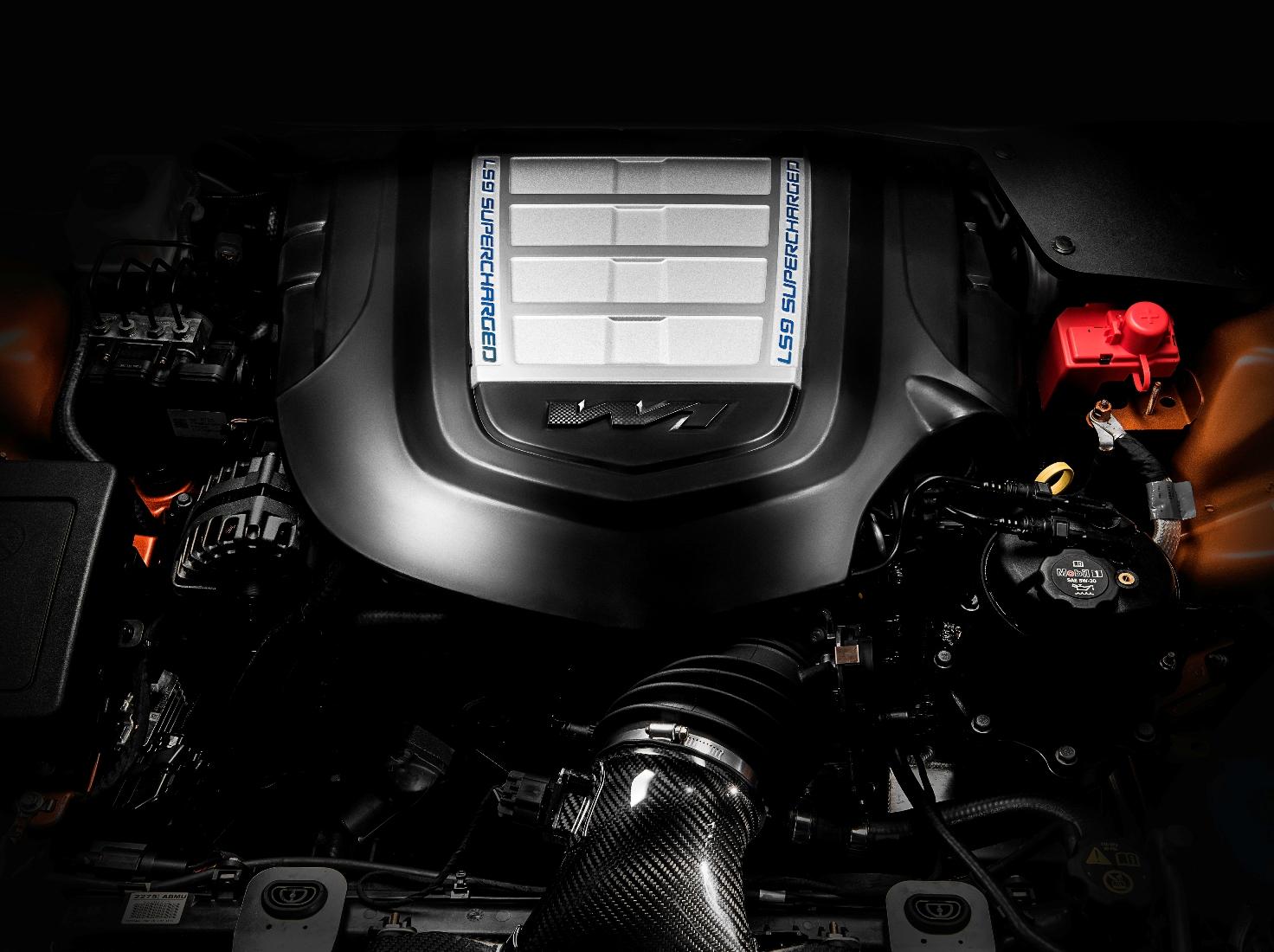 HSV’s “30 Years” range for 2017 celebrates three decades since Holden Special Vehicles began, with special anniversary touches, more standard features and power/torque upgrades across the range, which consists of Clubsport R8 LSA sedan, Clubsport R8 Tourer LSA (wagon), Maloo R8 LSA ute, Senator Signature sedan and GTS sedan. Common to all is the LSA 6.2-litre supercharged V8 engine that has been given a performance boost for 2017 to 410kW/691Nm. Torque Vectoring, the special braking technology designed to improve traction and handling that was previously only available on the GTS, is now standard across the range, while all 30 Years models get the modified bi-model exhaust system that’s also on the GTSR range. HSV engineers say a recalibration of the exhaust valve control enables it to open earlier in the rev range, improving the aural experience of the exhaust note. The AP Racing brakes that were exclusive to the GTS are now optional across the 30 Years range. This package consists of forged 6-piston calipers on 390mm front and 372mm rear discs.  Identifying the MY17 range are matte black accents on the 20-inch alloy wheels that are common to all 30 Years variants except the Senator Signature, which gets 20-inch ‘SV Rapier’ forged alloys. Optional are ‘SV Rimfire’ 20-inch alloys, which HSV says are slightly wider in this latest form and also the lightest wheels they’ve ever offered.

Detail touches include “30 Years” badging on the front guards, with similar identification on the sill plates (excluding the Maloo R8 LSA) and rear window (excluding the Clubsport R8 Tourer LSA), while all models get 30 Years-branded floor mats and an individual engine build plate. New paint options for 2017, available on both the GTSR and 30 Years range, include ‘Spitfire’ (green), ‘Son of a Gun’ (metallic grey) and ‘Light my Fire’ (metallic orange). Speaking at the launch of the 2017 model range, HSV’s Managing Director, Tim Jackson, said: “Our goal with this program was quite simple – ensure the last range of vehicles we created on the Zeta platform reflected the spirit and passion that has driven our organisation and our customers for nearly 30 years. “We wanted to deliver our best- ever product, and credit to the team, I believe we have done just that.”