With a championship – and plenty of pride – on the line, the final HTCAV round wasn’t short of action or drama.

The final fling for the JUST CARS Historic Touring Cars in 2019 brought tight racing as championship fortunes came down to the wire at the magnificent Phillip Island circuit.

Pole position went to Darren Collins in his ’69 Camaro, with Andy Clempson’s superbly presented tribute to Alan Moffat’s ‘Union Shipping’ 351 Fastback Mustang in second. With the Boss 302 Fastback of Michael Miceli and John Mann’s ’69 Camaro on row two of the grid and twenty other starters behind them, the stage was set… 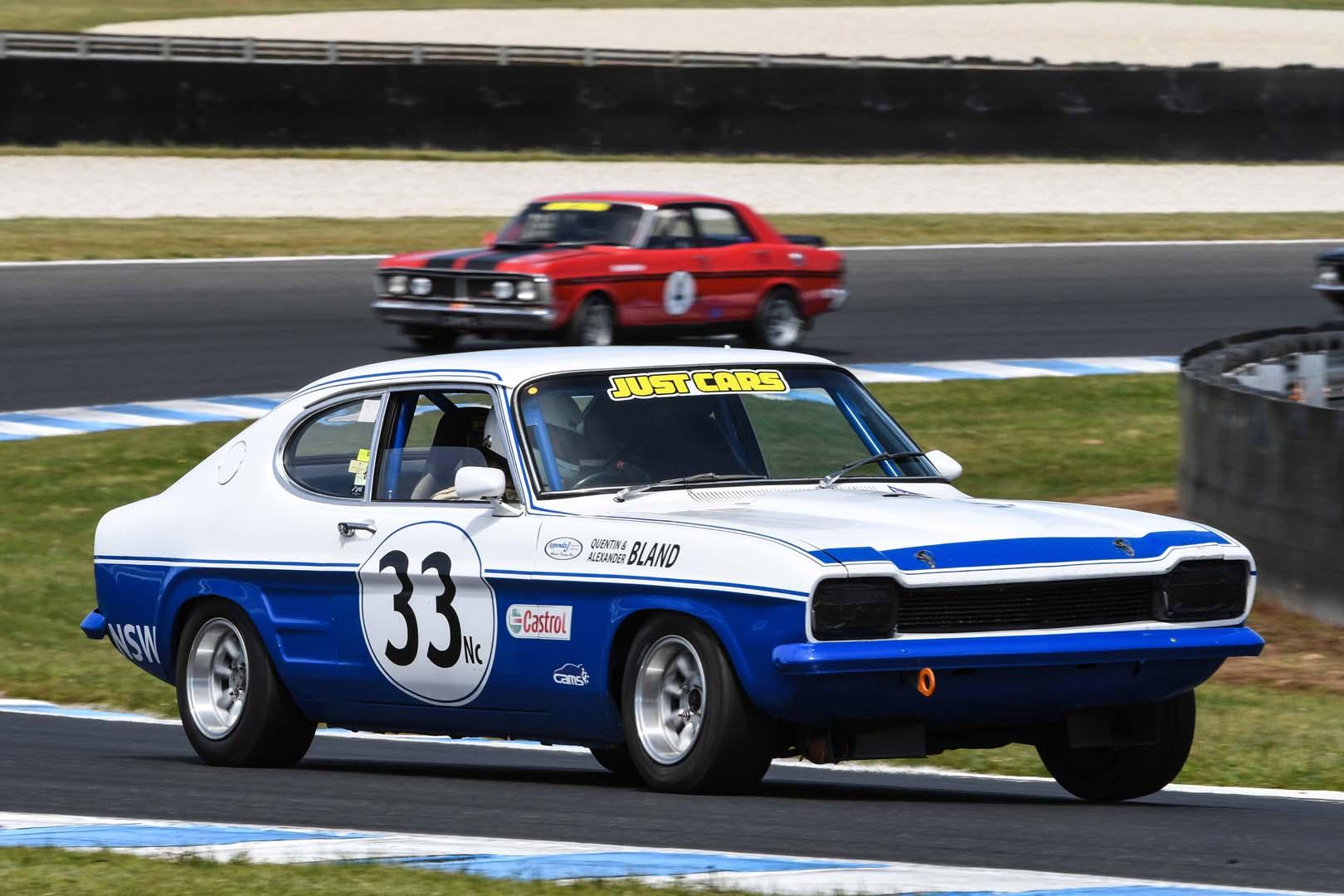 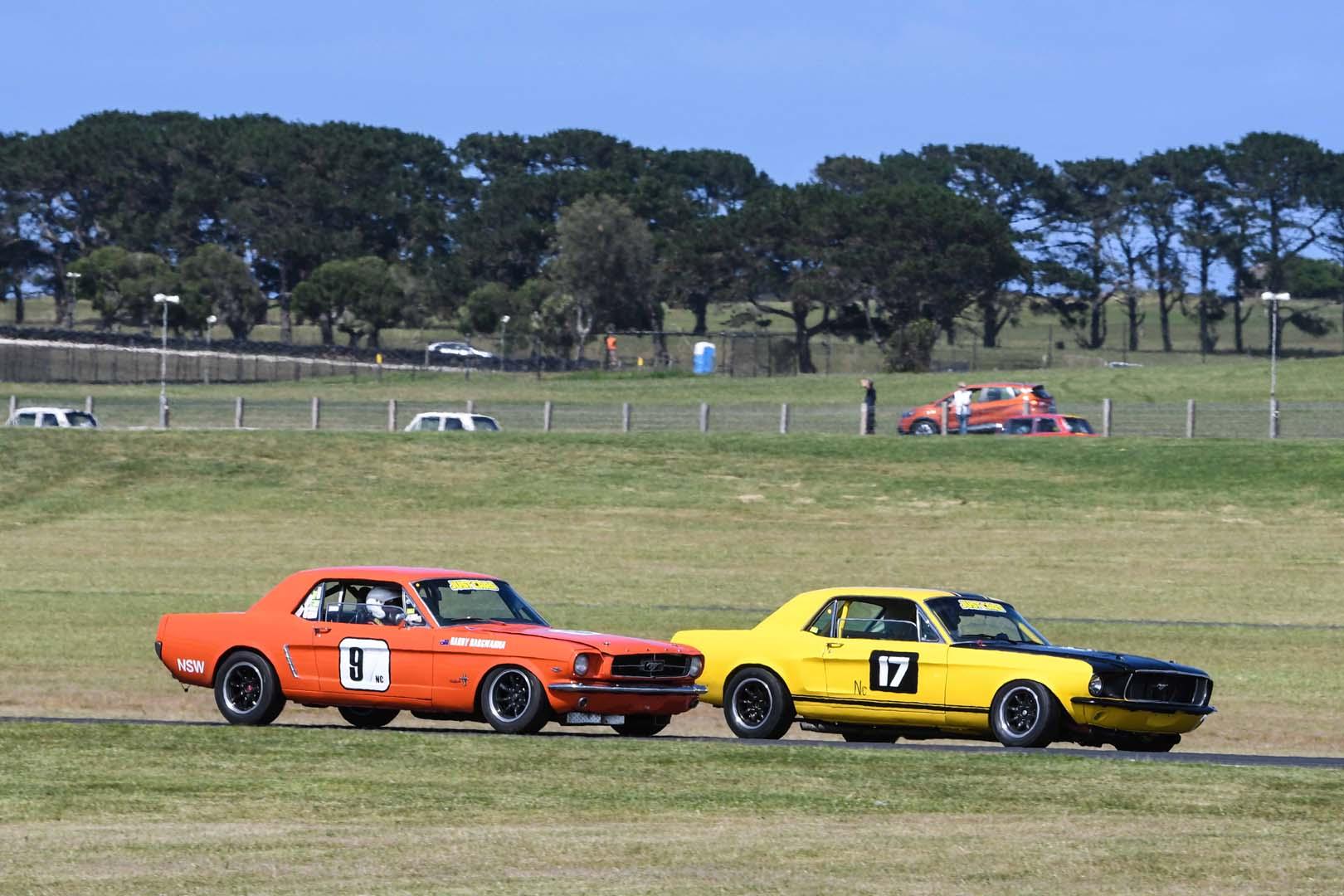 Race One, Saturday afternoon – Collins takes the win… Sort of.

Clempson rocketed to the lead with Collins hot on his heels, looking for a way through, which he found on Lap 3 under brakes into the Turn 4 hairpin.

Clempson tigered away at the back of the Camaro, while also fending off the advances of Miceli’s Mustang. With rear end issues in the Camaro, Mann couldn’t show his best, but still kept up with the front group in fourth.

Behind them was Harrison Draper in the Datsun 1600: his rapid pace more or less determining the final Championship outcome. From then on it was his to lose over the hard-charging Rob van Stokrom (BMW), who consistently lowered his PB in a frantic pursuit.

Further back, Simon Browning won the four-way Cortina chase, with Mick Stupka rounding out the field.

While Collins crossed the line first, an erroneous technical infringement was levelled at the Camaro and official results show a DSQ in qualifying, Race 1 and 2. A silver lining, of sorts, ensured Collins’ points remained unaffected in the Club count. Honour was restored! 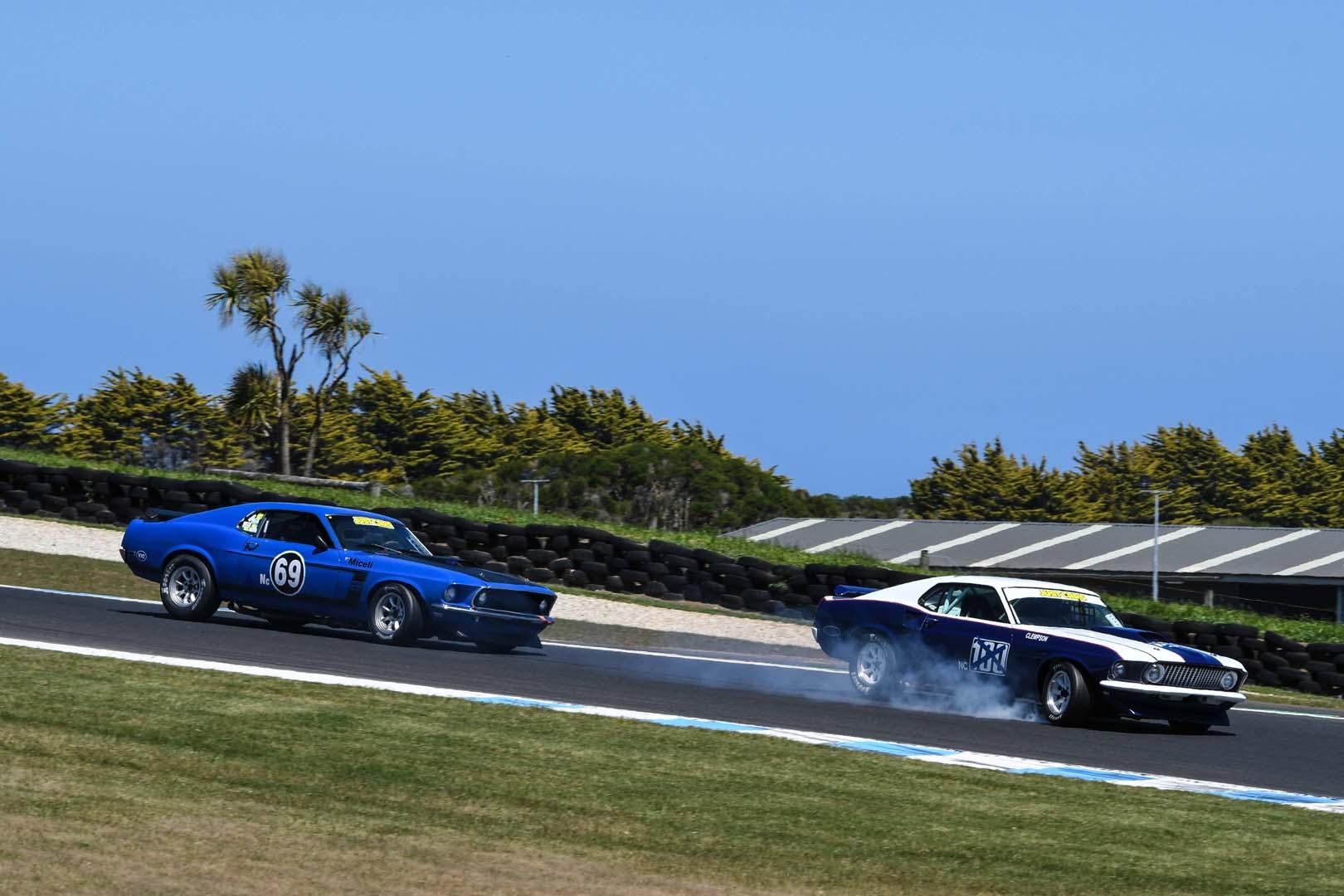 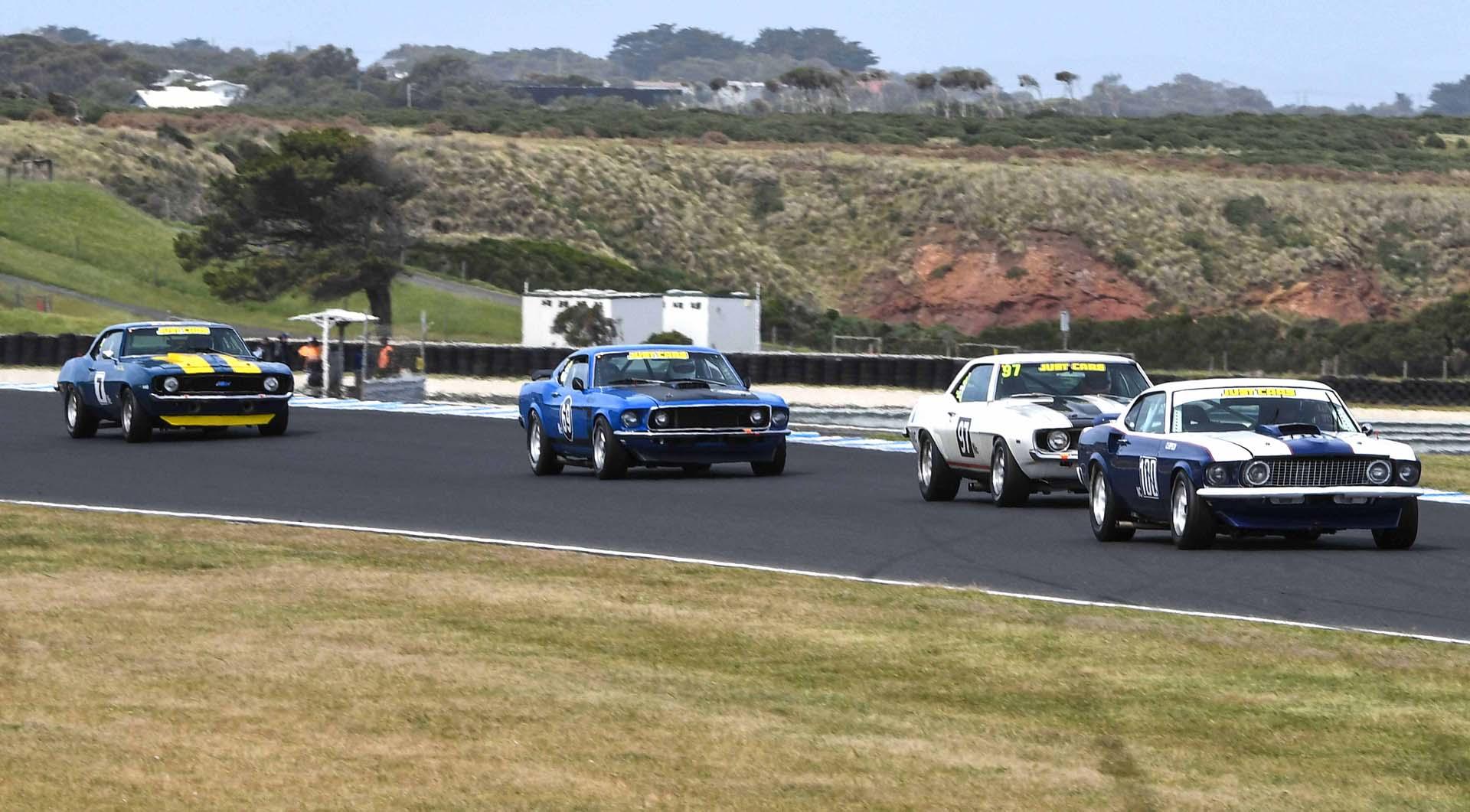 Miceli spun his tyres off the line, which was enough to allow Clempson and Mann through. Bill Trengrove went out immediately after an axle let go in the EH (“the one time I didn’t bring the spare!” Bill quipped ruefully post-race).

Once Miceli got past Mann, he began harrying Clempson at the front. A little further back, Pillekers had Bland right on his tail as the two six-cylinder machines pursued the McKelvie Mustang.

In the short race distance, Collins pushed hard but could climb no higher than 12th, while Clempson hung on to win by the narrowest of margins; Miceli almost alongside at the flag.

Mann had a relatively lonely run into third in front of the Mustangs of Trengrove, Bargwanna and McKelvie.

West Aussie Ray Hepburn (Mustang) chased the Falcon of Rod Hotchkin all the way and bagged 13th after a first race DNF. Knight won the Cortina battle, while, just up ahead, Stephen Watt (Triumph) almost caught newcomer Darren Jones (Mustang) on the line. 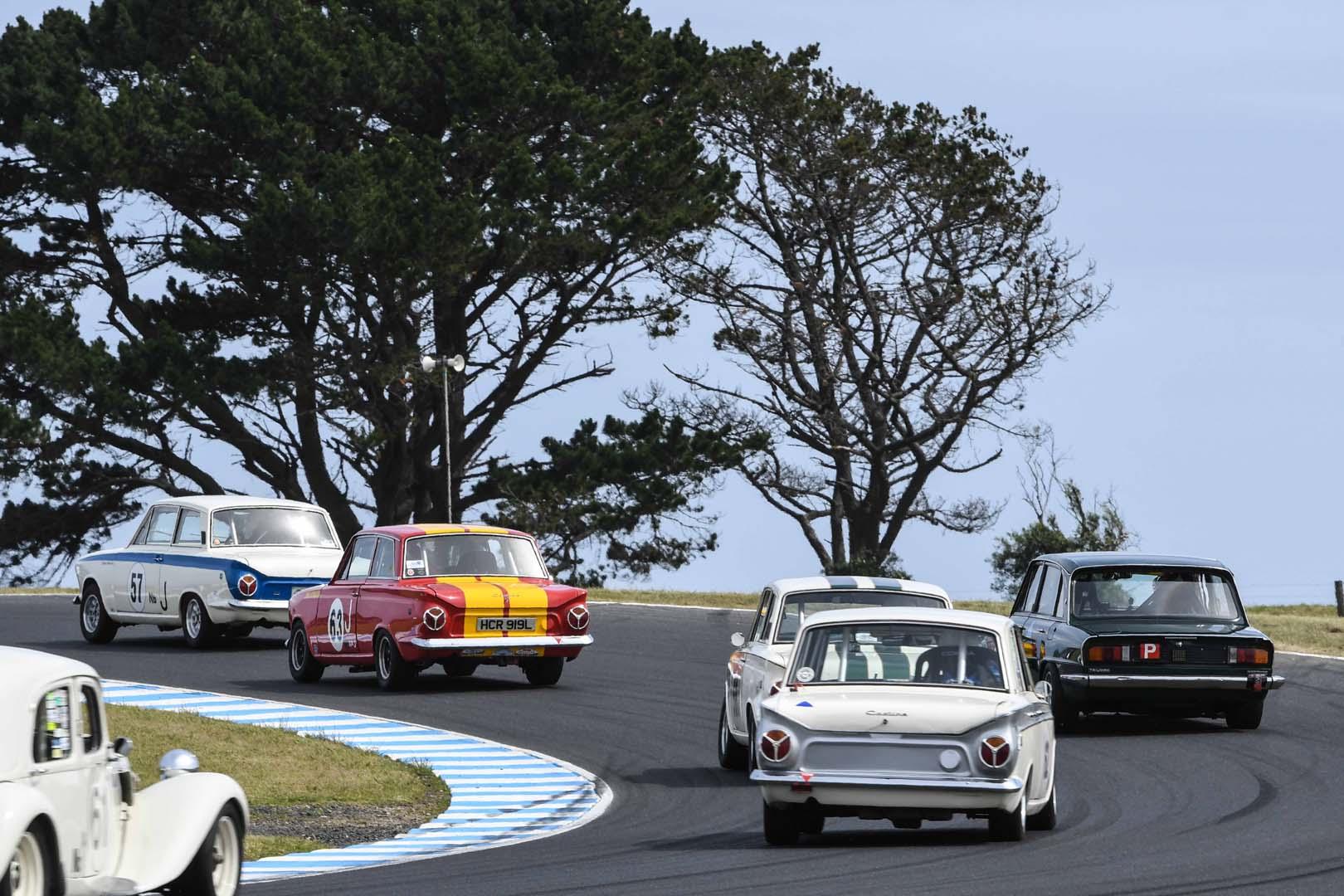 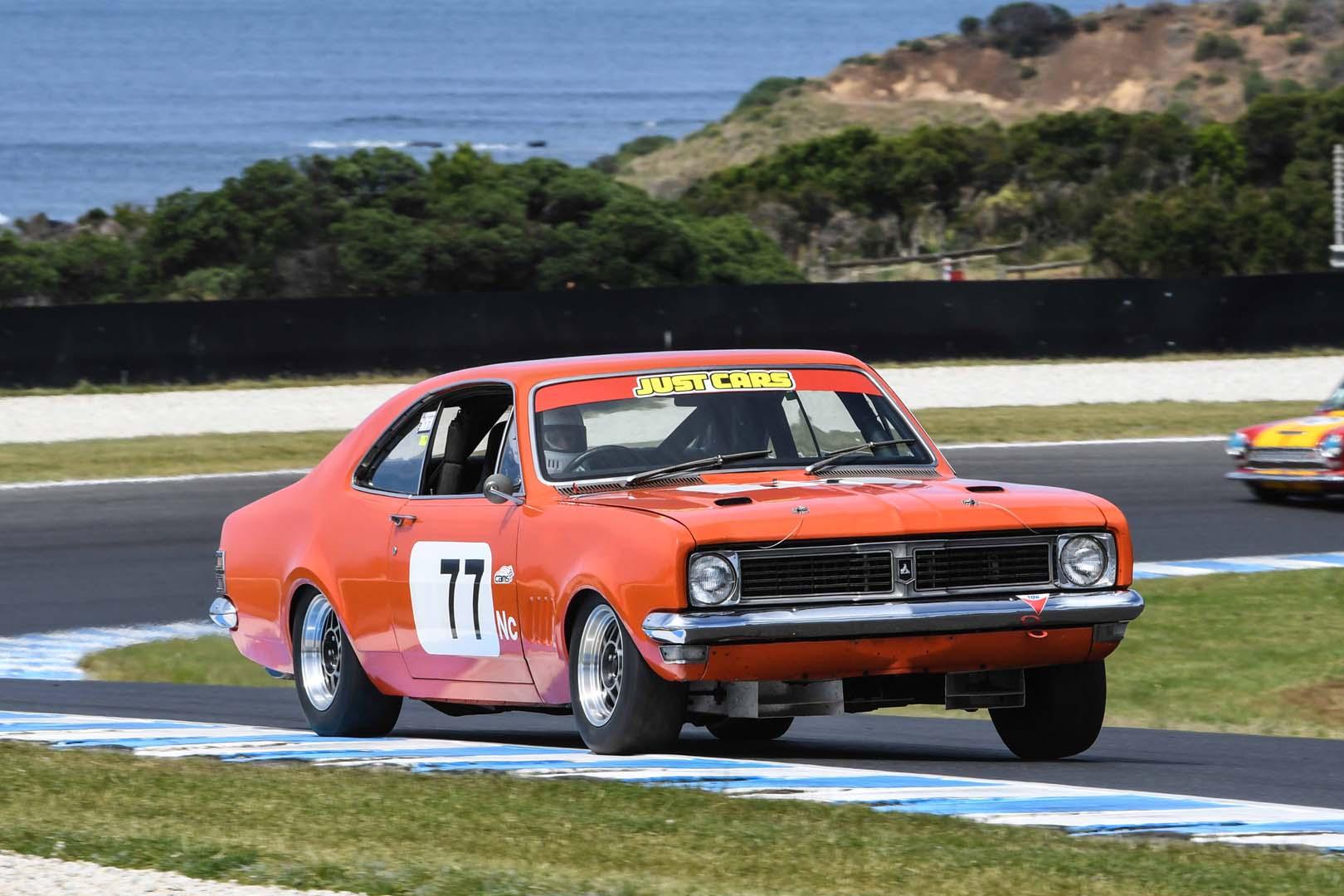 The ten-lap ‘Isola Di Capri Trophy’ would round out the year and right from the get-go, it turned out to be a cracker.

Clempson and Miceli fought hammer and tong for the lead in a spectacular display of hard but fair racing. It all came to nothing for Clempson, though, when a puncture (on a brand new tyre) forced him out on lap seven.

Into fourth by the end of the second lap, Collins had rocketed up the order and was starting to set his sights on Clempson and Miceli when the former withdrew.

Knight parked his Cortina with a blown head gasket as McKelvie dropped a few spots mid-race, having run as high as fourth in the early going.

In his first HTCAV run in 12 months, Jervis Ward had his ’64 Falcon Sprint well and truly firing, the 289-powered machine all over the rear of Rod Hotchkin, eventually getting past the big XY and into fourth. Unfortunately, it wasn’t to last as he was out on the very next lap, suspecting major gearbox issues which luckily turned out to only be a small leak from the filler plug.

With his rear tyres having seen better days, Collins could not catch Miceli, who won the finale and took out the Trophy for the second time. His first was achieved many years ago in a Fastback Mustang that went on to become a TCM racer in the hands of Gavin Bullas.

Mann took another third place, with Rod Hotchkin next, closely followed by Pillekers. WA’s Hepburn and Draper (Datsun) who collected more valuable points in seventh, ahead of another West Australian, Stuart Young (Torana). McKelvie and van Stokrom rounded out the Top Ten.

This end-of-year meeting always has a special feel about it, with JUST CARS competitors leaving in the knowledge that their first 2020 meeting will also be at this magical track. Don’t miss them at the Phillip Island Classic on March 5-8. 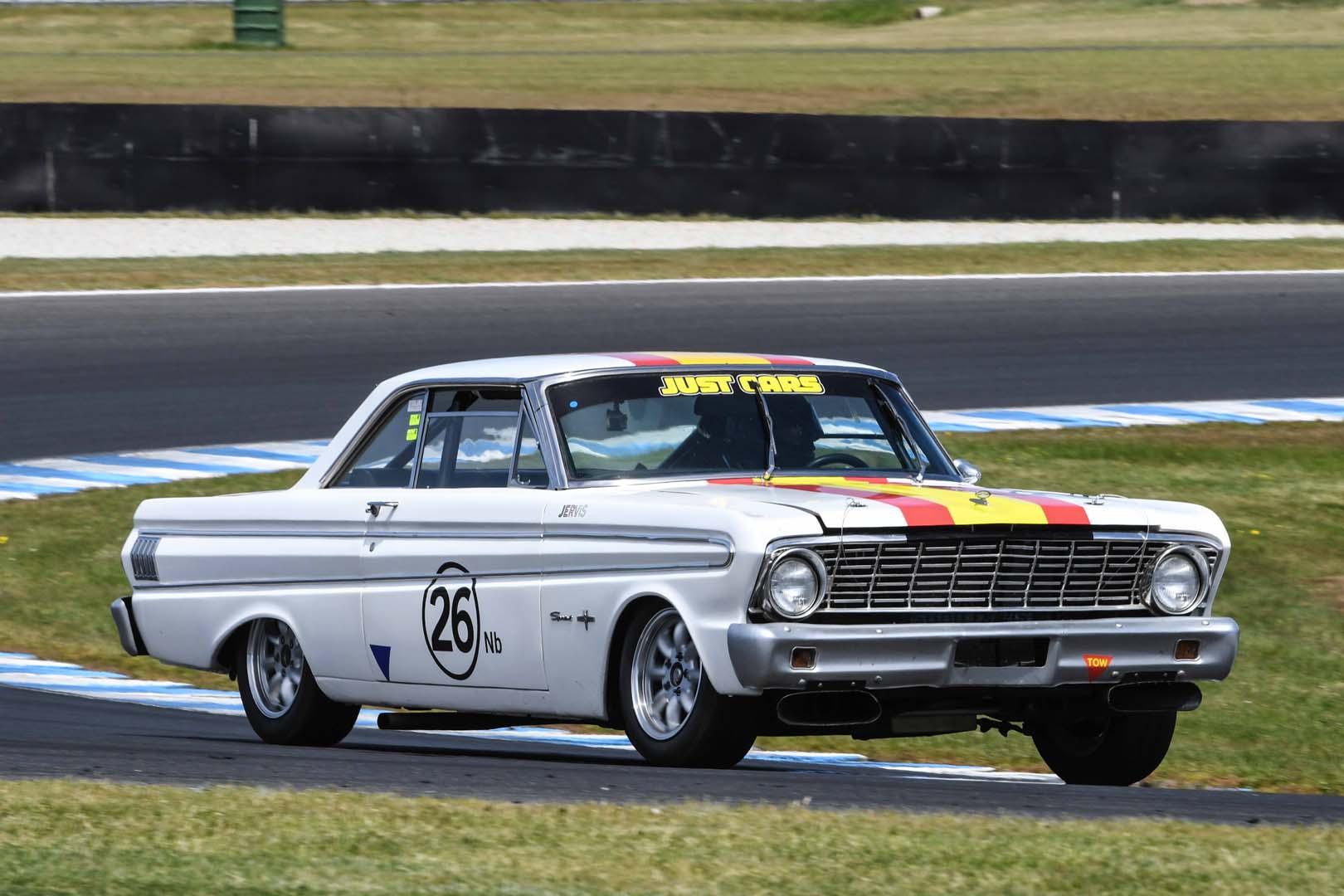 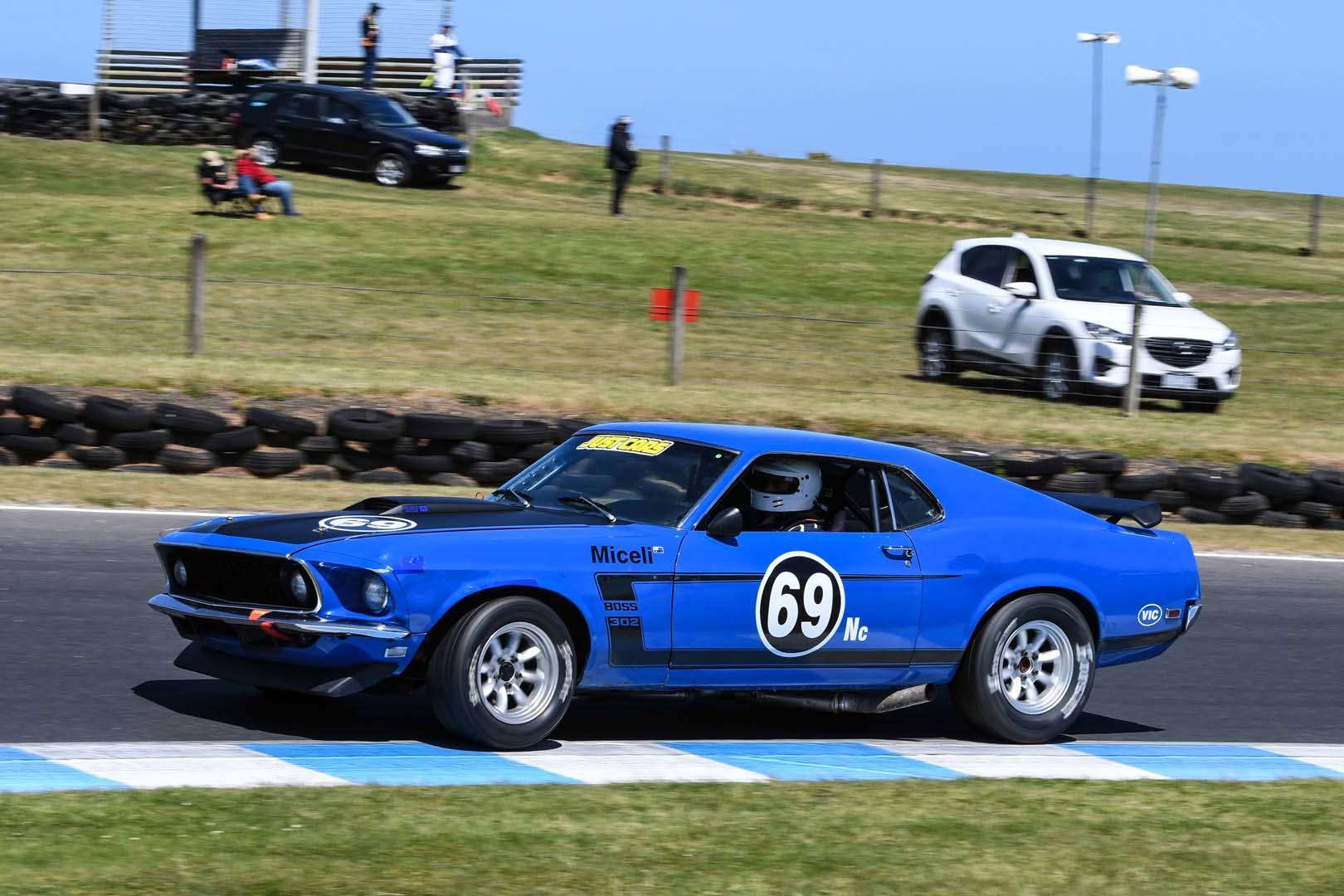 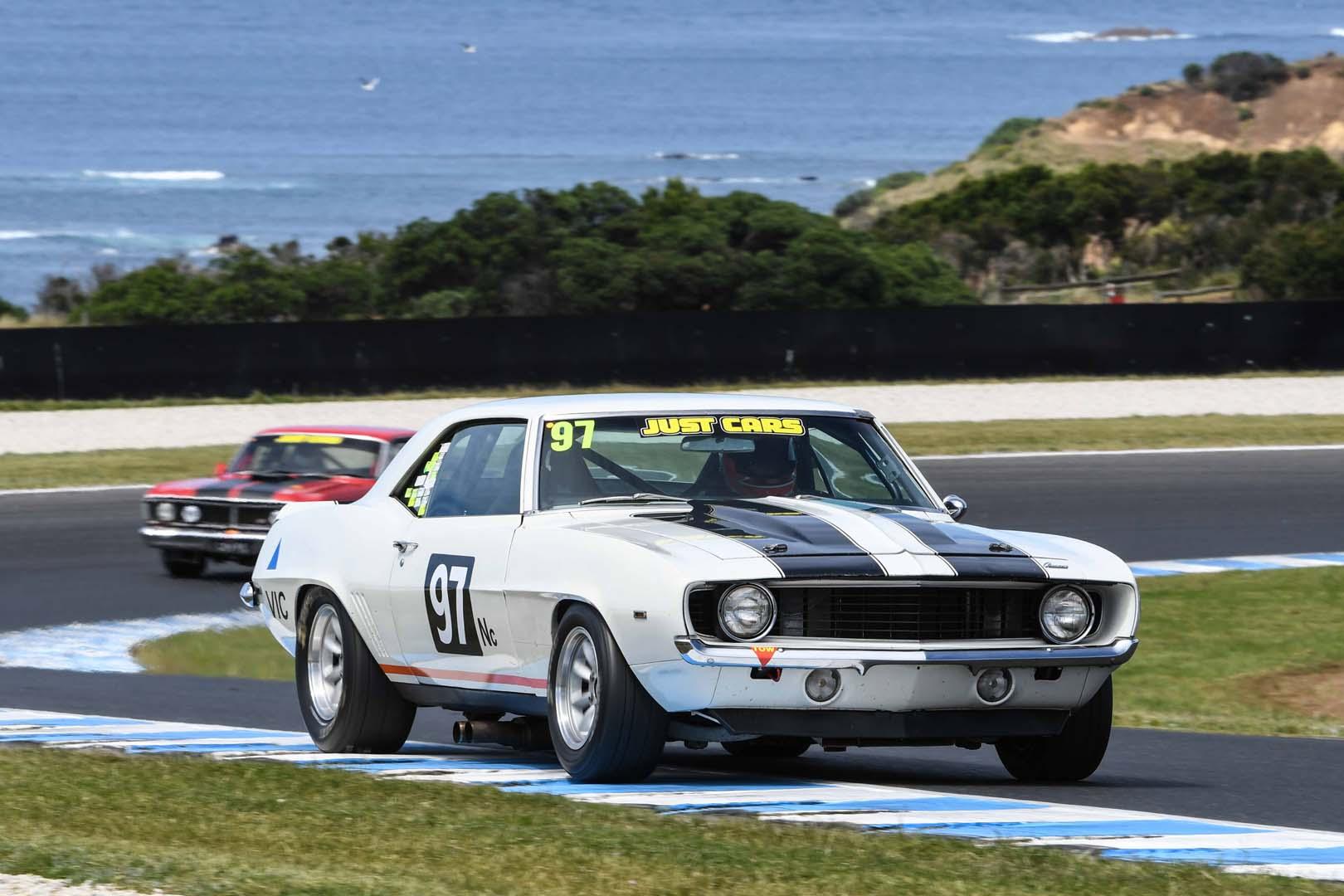 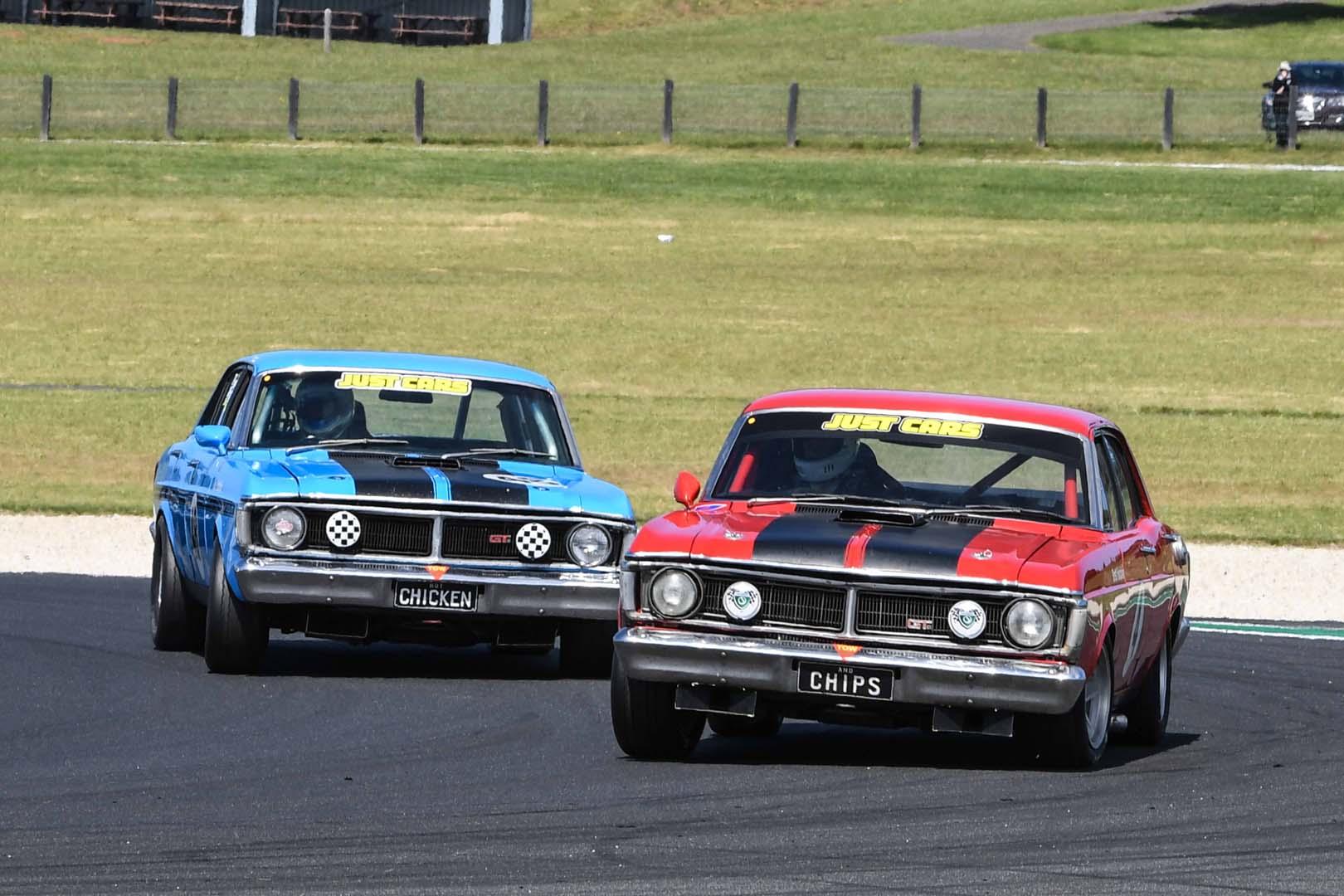 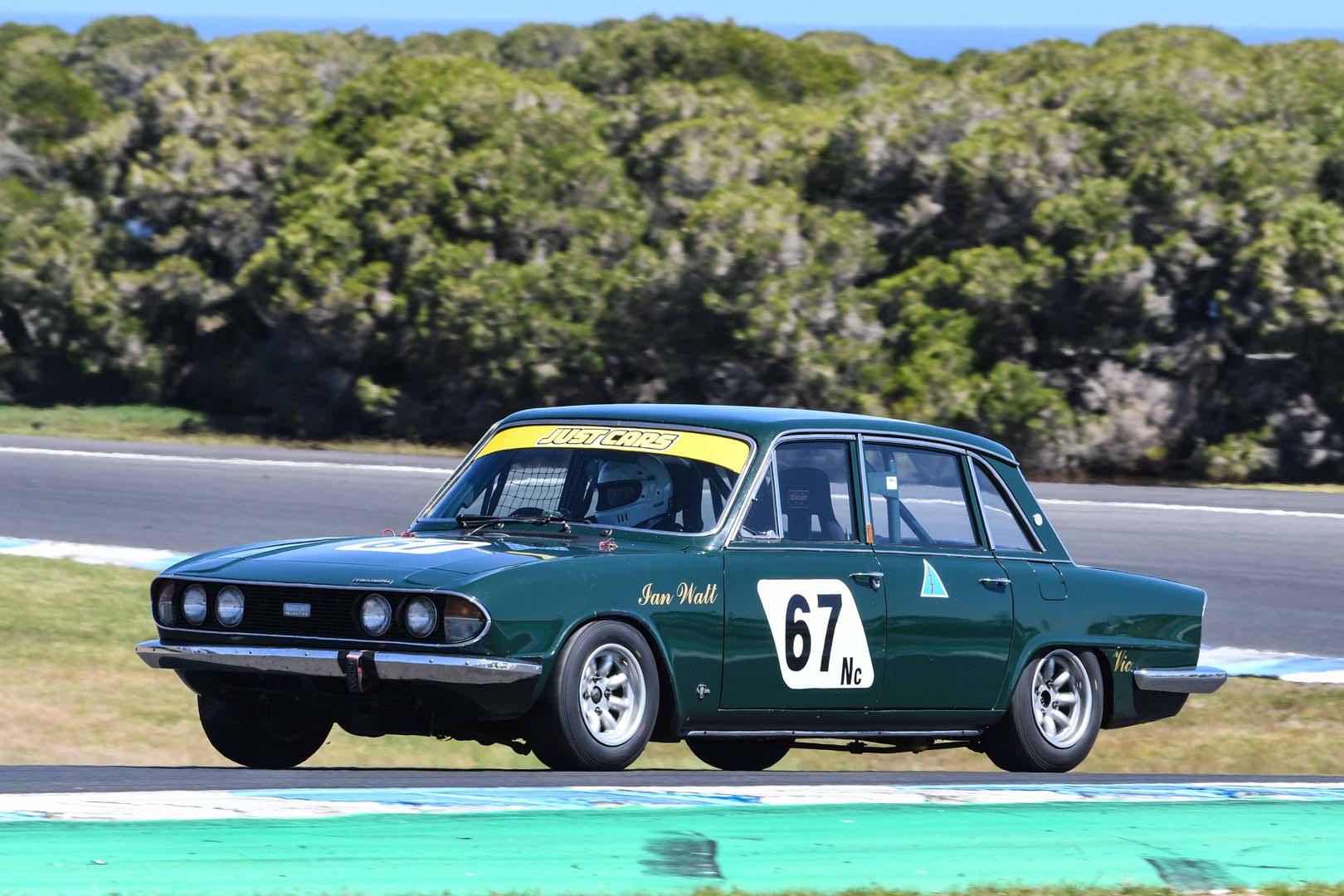