It was a small Group N grid, but not a small contest at Round 3 of the Victorian State Circuit Racing Championship.

Eight Group N cars signed up for the third round of the VSCRC at the Phillip Island grand prix circuit on 14-15 May, consisting of a pair of Camaros, a pair of Mazda RX2s, a Charger, Mustang, Falcon Sprint and BMW 2002ti. 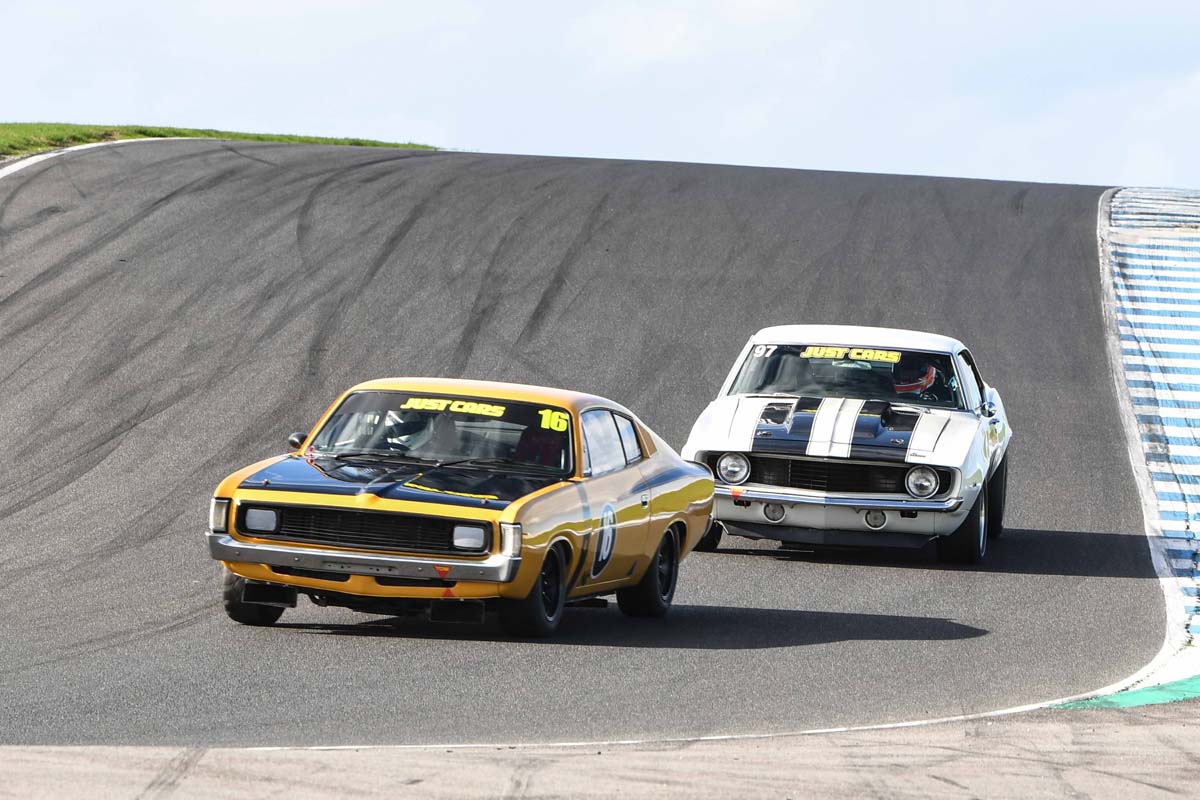 To beef up the grid, the Group N competitors were combined with twelve HQ Holdens on the race schedule, which had been changed to a format of qualifying and two races on Saturday, then one race on Sunday. Although they would race together, the Group N and HQ Holden competitors would have separate qualifying sessions and separate grid positions.

Ahead of qualifying, Andrew Lane (Mustang fastback) was out due to a wiring loom fault, later found to be a broken alternator bracket.

Heavy rain an hour before Saturday’s first 6-lap outing meant the track was still drying out when racing got underway. In the mixed conditions, Miles got a great start, leading Collins into turn 1. Although he achieved the fastest race lap, Miles couldn’t hold off Collins, who used the extra power of his Camaro to take the win. Miles held on for second ahead of Meuleman.

Race 2, of 5 laps’ duration, was the last race for Saturday, run in cool, overcast conditions, but on a dry track. Miles again got a great start and led for a lap before Collins took over and finished in fine style, although Miles set a Phillip Island PB of 1m52.3s on his way to second place.

Race 3 on Sunday was a 10-lap event, held in cool and windy conditions. Brown did not start due to a brake caliper issue, but Miles did and this time managed to hold off the Collins Camaro for the first three laps.

Close racing from the pair saw them run side by side through Honda and MG corners before Collins eventually took the lead on lap four and held it to the chequered flag.

Behind second-placed Miles, some spirited driving for the final podium position between Rogerson, Meuleman and Trengrove went the way of Rogerson this time. Meuleman claimed fourth, just 0.04 seconds ahead of Trengrove, followed by Munday and McNiven.