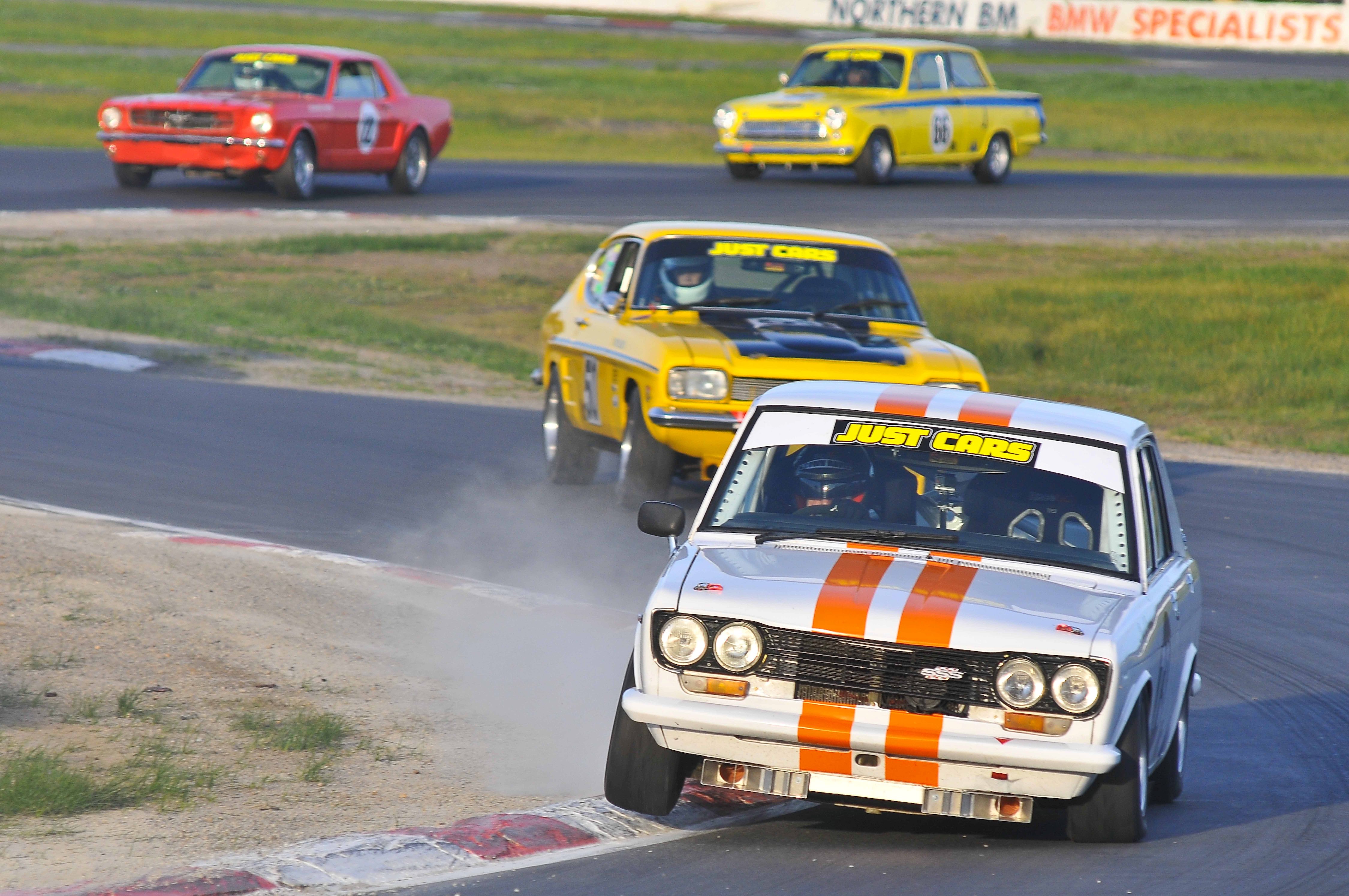 David and the Goliaths

Race enthusiasts love a good ‘big car vs little car’ battle and David Brown in his Datsun has a habit of providing that in spades.
The old saying goes: “a good big one will always beat a good little one”, but it’s amazing how many big cars a very good little one can beat…  The HTCAV’s 2016 Club Champion, David Brown and his Datsun 1600 SSS, are proof that a healthy budget, a scientific mind and continuous development can add speed in between race meetings.

Every Saturday morning, three blokes stand around with mugs of tea, looking under the neat white Datto on the hoist in the Brown Davis workshop, scratching their heads for another way they can find that next tenth of a second of speed.  That trio is David Brown and his good mates; Dave Burn, Ford suspension guru and father of the last ever Falcon XR8 Sprint; and Ash Wright, former national go-kart champion and ex-Formula Ford racer who serves as the giant-killing Datsun’s race engineer.

The car’s 1600 four-pot motor is at the limit of development - its reciprocal mass is a huge 11kg lighter than standard, thanks to a hand made crank, tiny twin-plate clutch, lightweight pistons, rods, rockers and titanium valves. The result is that the little 1600cc engine revs its head off, all the way to 9,500 rpm.  The cam has been ground for a flat power delivery – at 7,300rpm it makes 193hp (144kW) and is still making 187 horses (139kW) at 9,300rpm. 48mm Webers look after fuel delivery and the ‘work of art’ exhaust system has been crafted for maximum torque.  A 5-speed gearbox takes it all down to an LSD that variously runs a 3.9, 4.1 or 4.4:1 ratio to suit the circuits, while the disc/drum braking combination is “standard but improved” Datsun 1600.  With the Group N Historic Touring Car regulations strictly controlled, only one development area remained – suspension. The three mates have managed to whittle away four seconds from the car’s Phillip Island lap time in the past few years, purely with handling improvements. Faster corner entry, better mid-corner grip and better traction on exit catapults the little Datto on to straights to hang right on the tail of the big bangers. 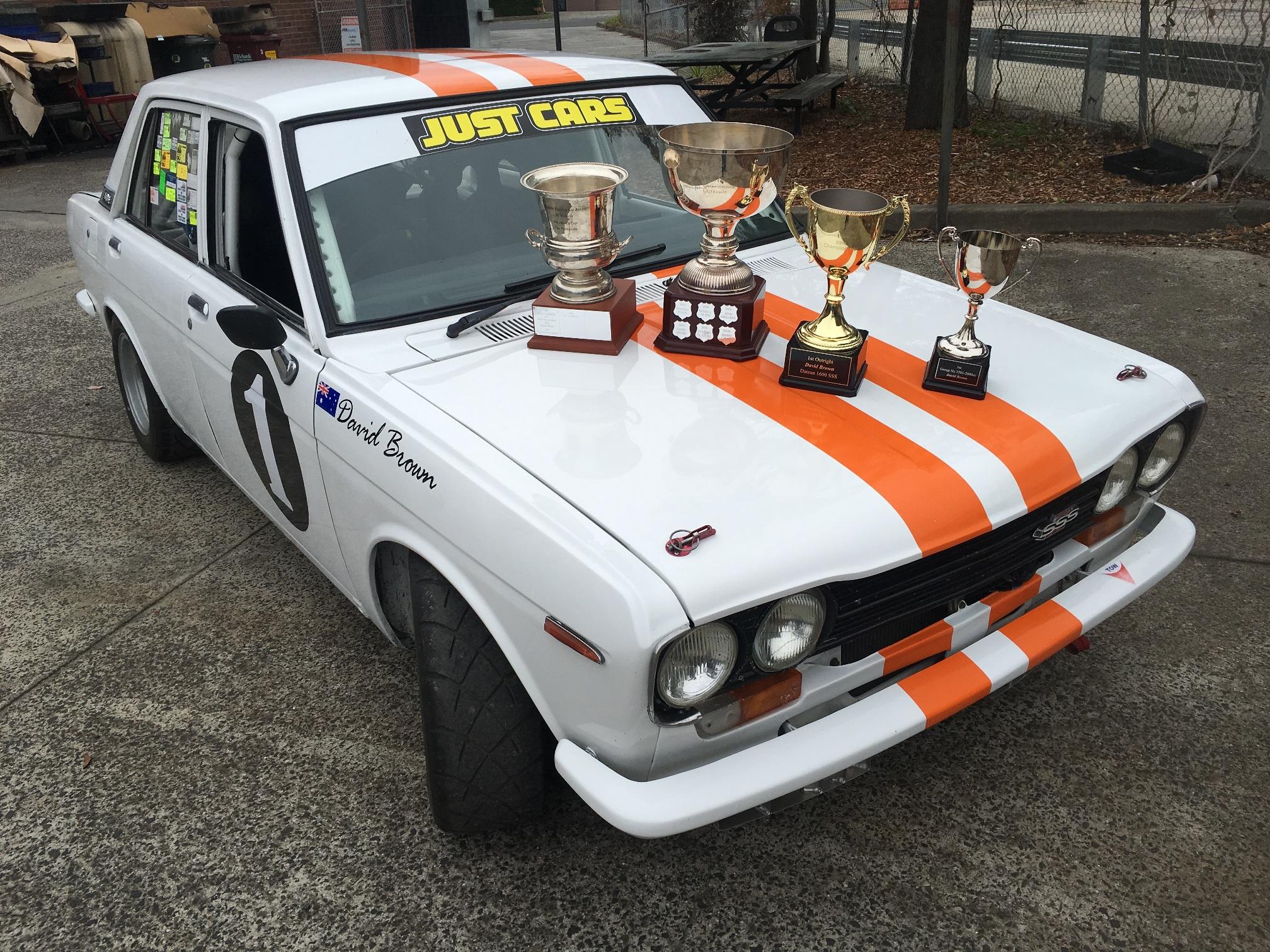 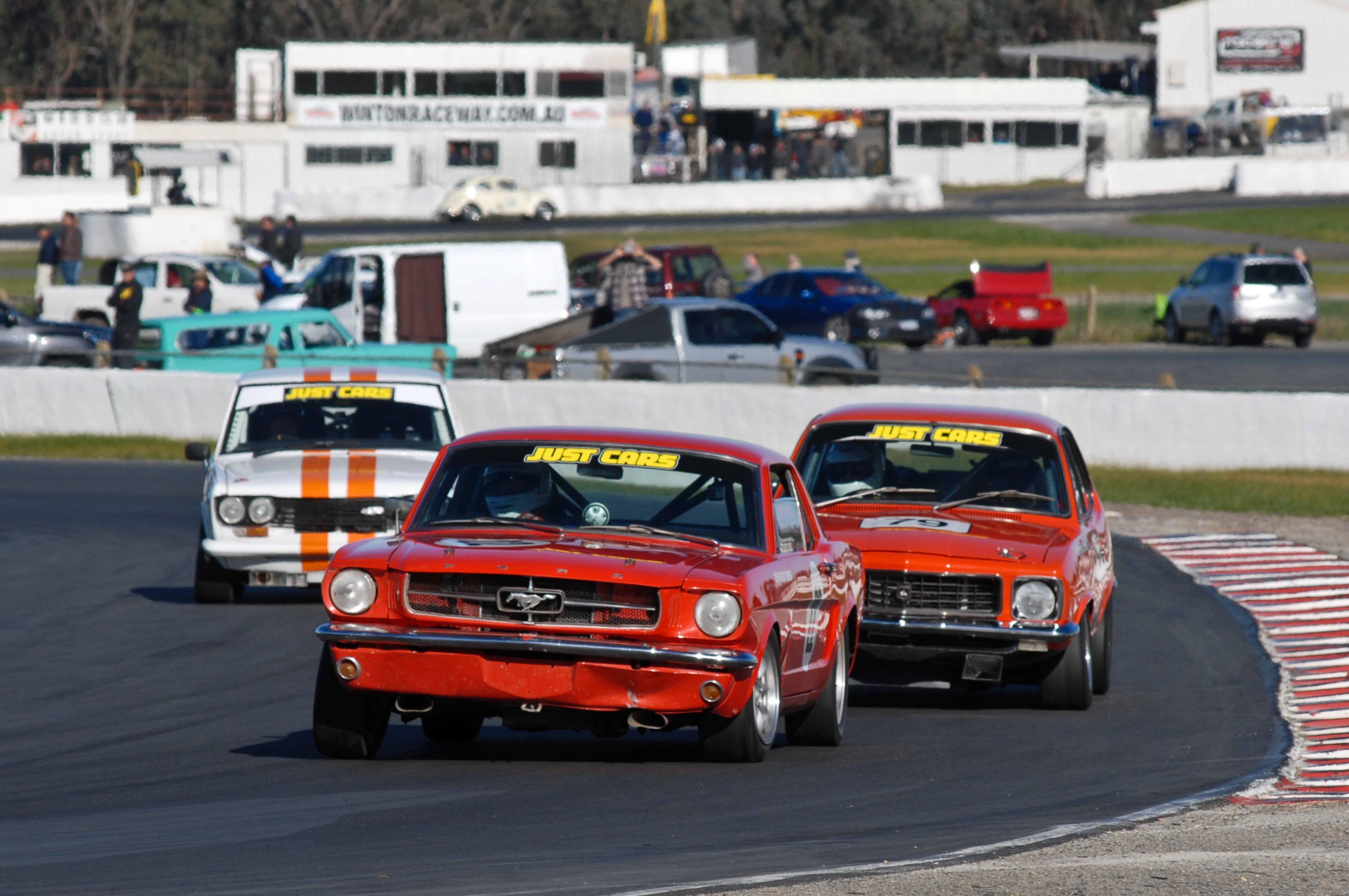 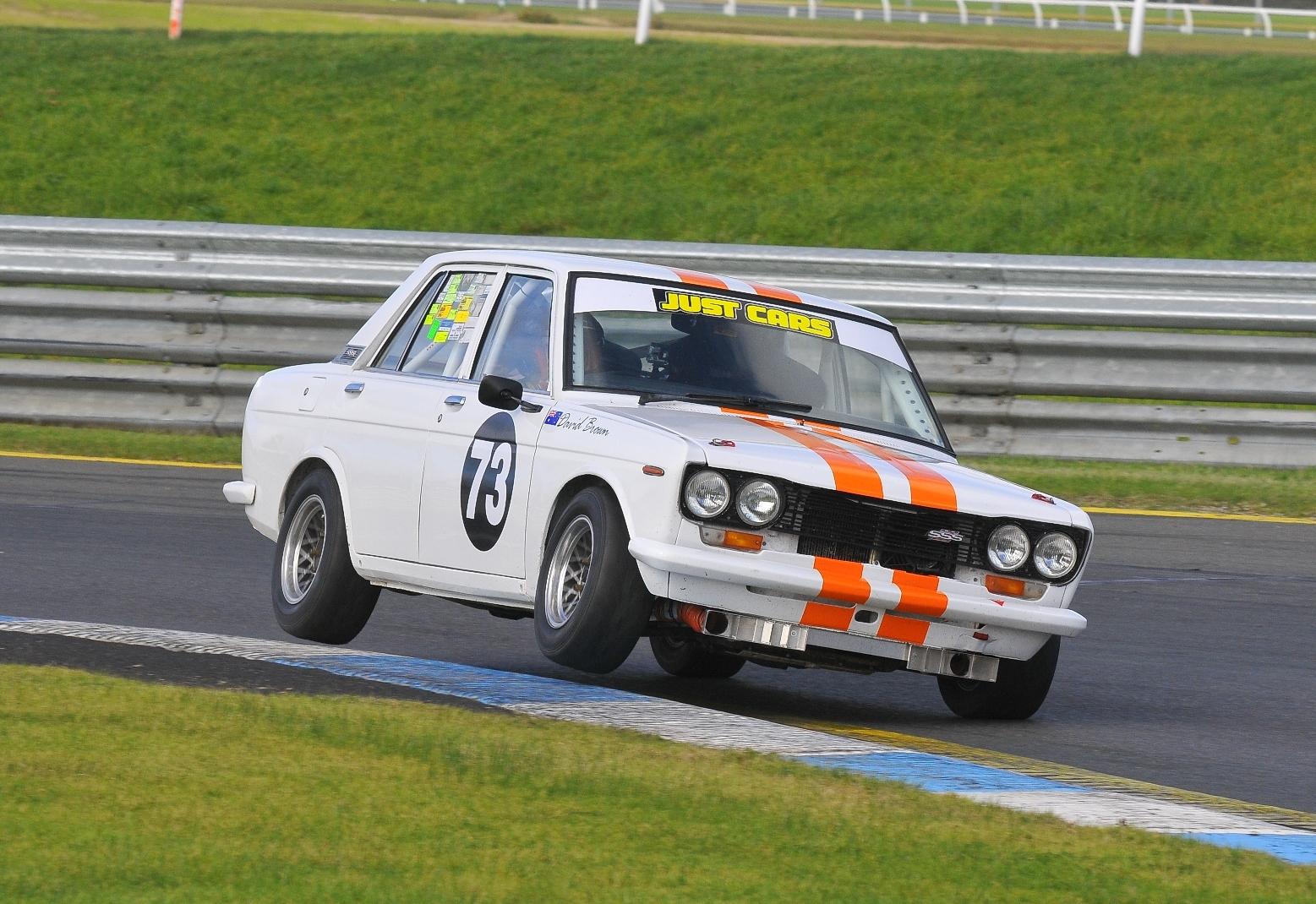 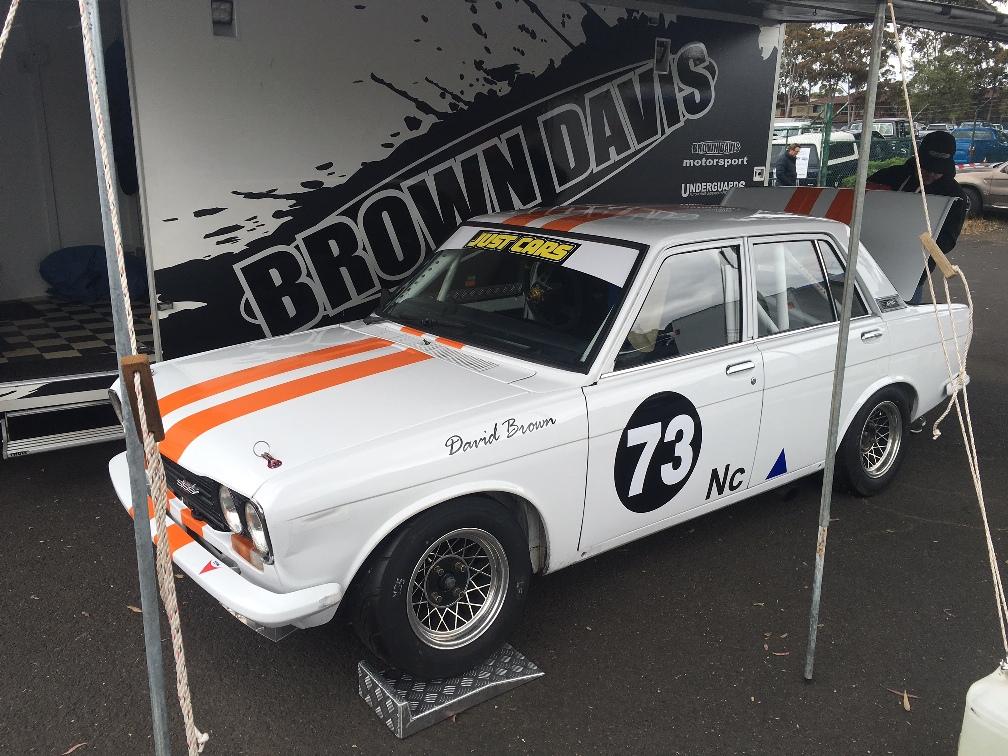 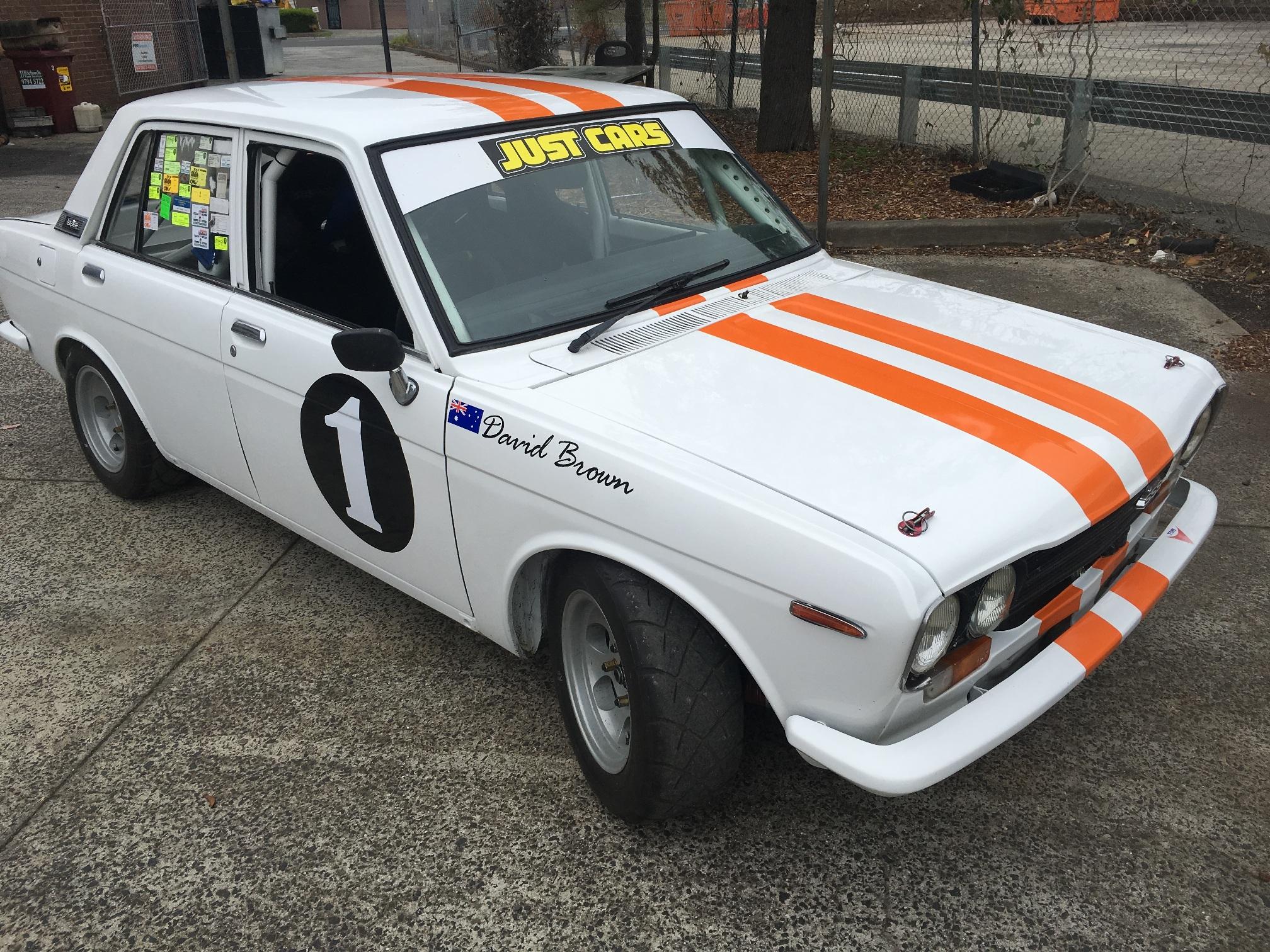 “It’s the science of it all that fascinates me,” says David, referring to the ongoing quest for those extra tenths. It also fascinates his competitors! David comes from a family of scientists – his father started Monash University in Victoria and his mother has a PhD in Physics. But David, bitten by the car racing bug early, was always going to be an engineer, starting his ‘Brown Davis’ engineering works for vehicle upgrade and accessory parts as soon as he left uni. In 1973, clutching his newly gained licence, David was soon caning a humble Mini Moke in gymkhanas and club rallies. Right through the ’70s, he hung with legendary race engineer and fabricator Rod Stevens, working with him on the race Ford Escorts and bright ideas like the drop tanks on the Torana SLRs.  He was also race crew and sometime driver of the Group C Escorts up until the introduction of Group A in 1984, when touring car racing became a big team sport. So rallying became David’s focus, which saw him working with Mitsubishi Ralliart founder Andy Cowan through the 1980s, fettling and crewing the Pajeros in the Wynn’s Safaris and supporting 1988 winner Ross Dunkerton in the 15-day 10,000km event. When that team took a breather in the ’90s, David switched to Nissan Patrols, still with the Safari dust in his nose, which provided invaluable experience for the 4WD upgrade parts and accessories, including fuel tanks and roll cages, made by Brown Davis today.

David counts himself lucky to be involved in the sport commercially, administratively (he’s on the CAMS Technical Panel) and competitively, pitting his ‘David’ Datsun against the ‘Goliaths’ of the big V8s.  As great as all that – and securing last year’s HTCAV John Mann Cup champion’s trophy – is, nothing’s as satisfying for David as sipping those mugs of tea with his mates on a Saturday morning, chasing yet another tiny increment of performance.  This March’s Phillip Island Classic will reveal whether David can better the HTCAV class record he set only last November… 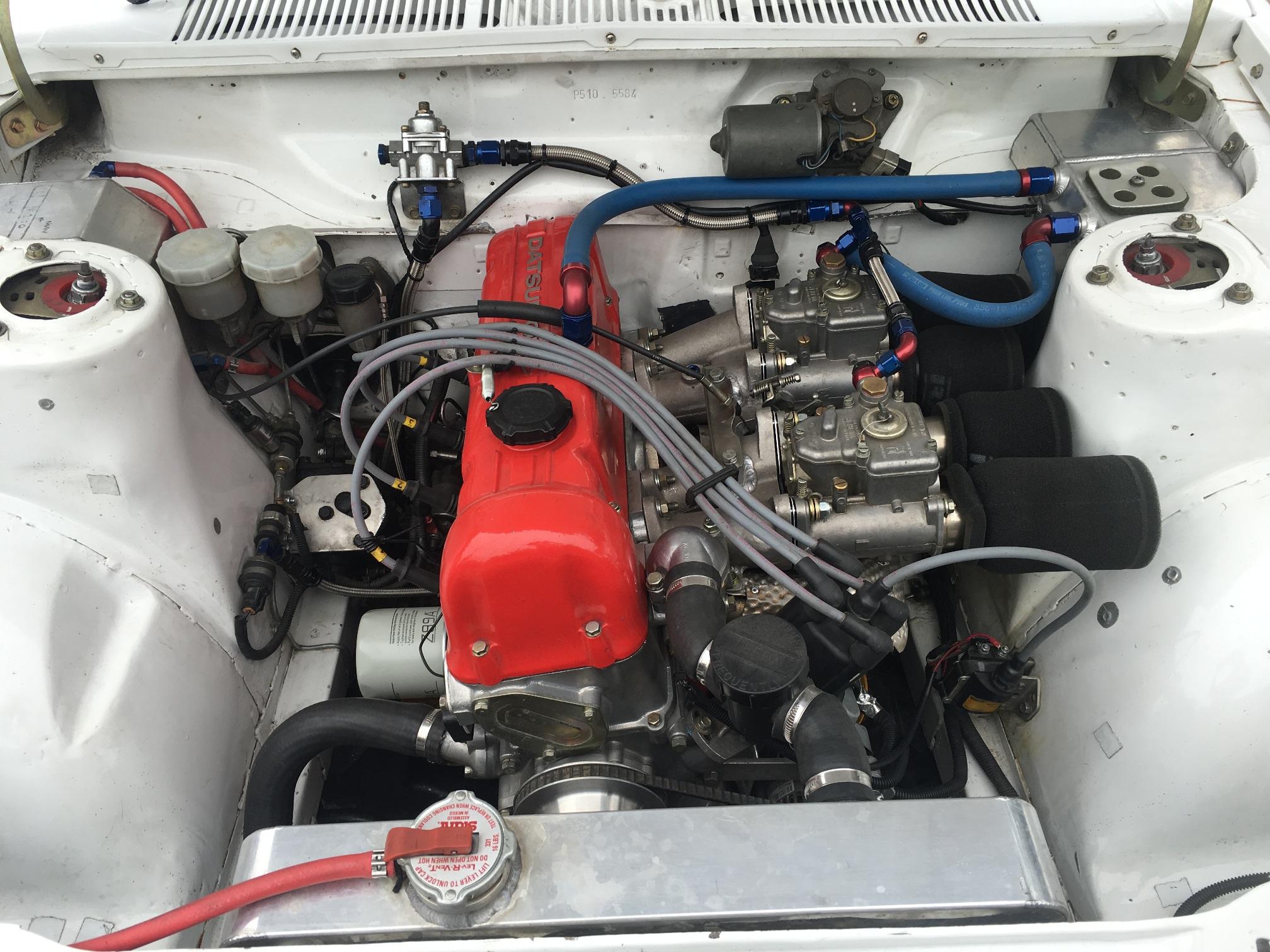 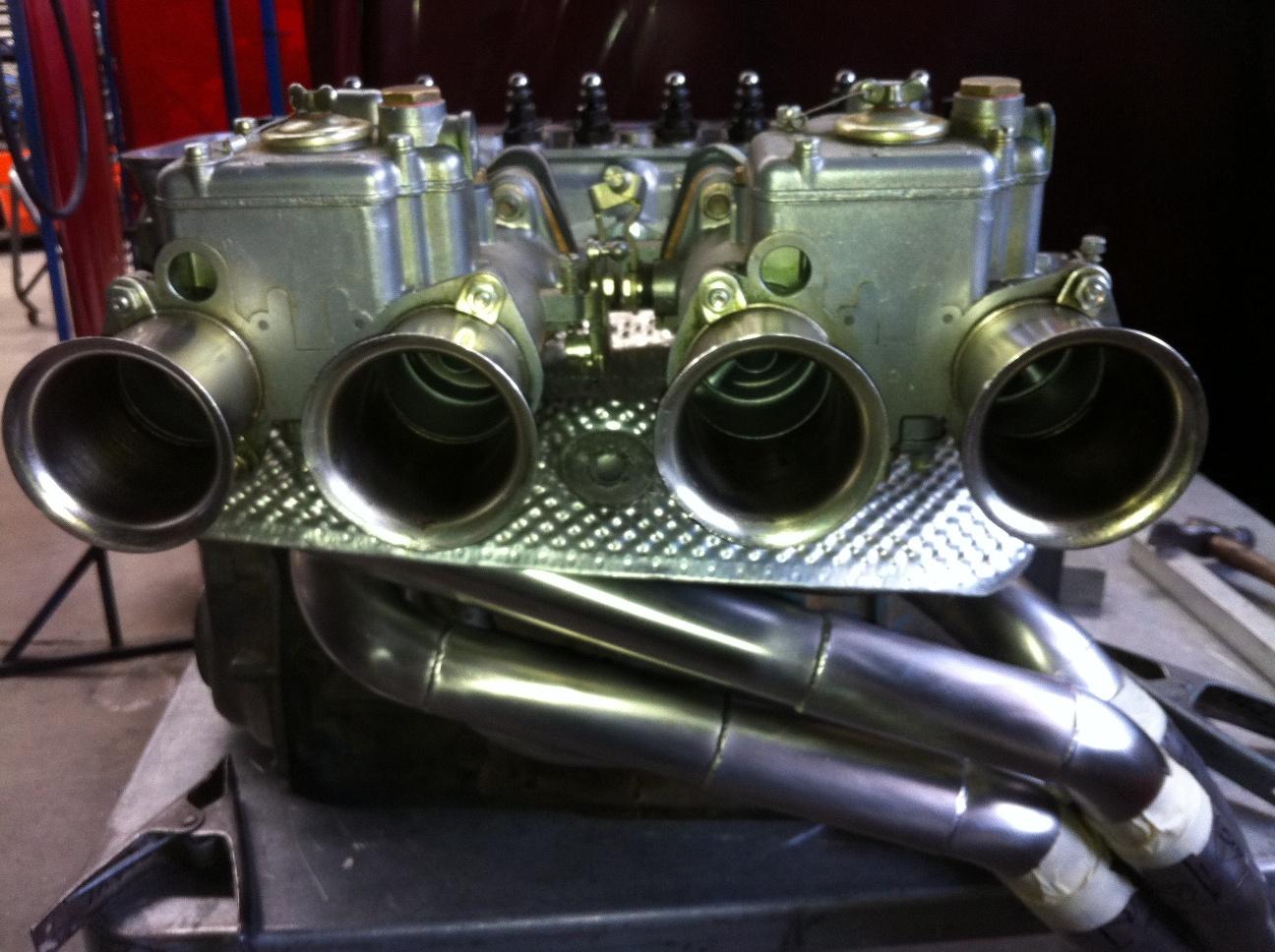 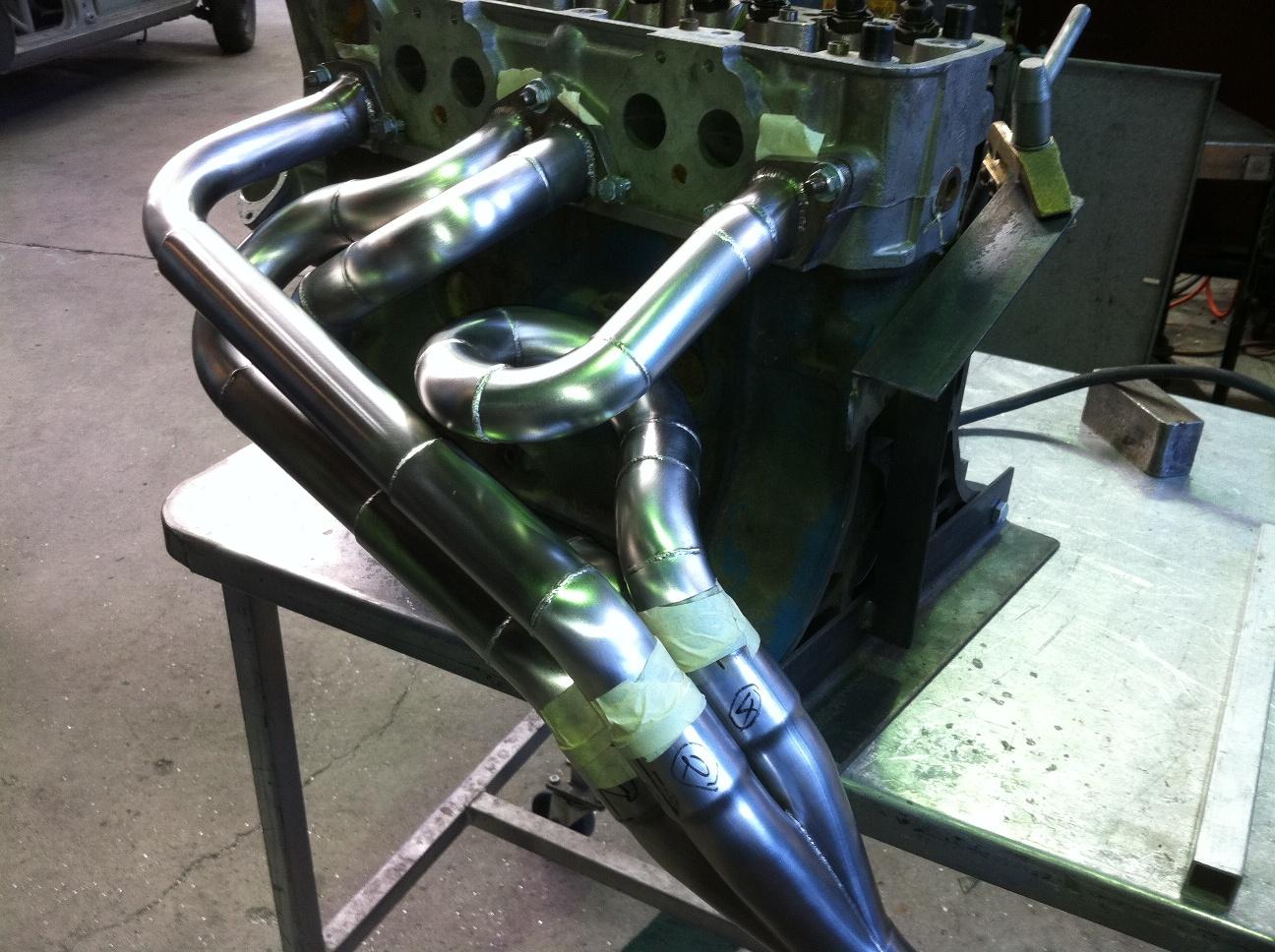 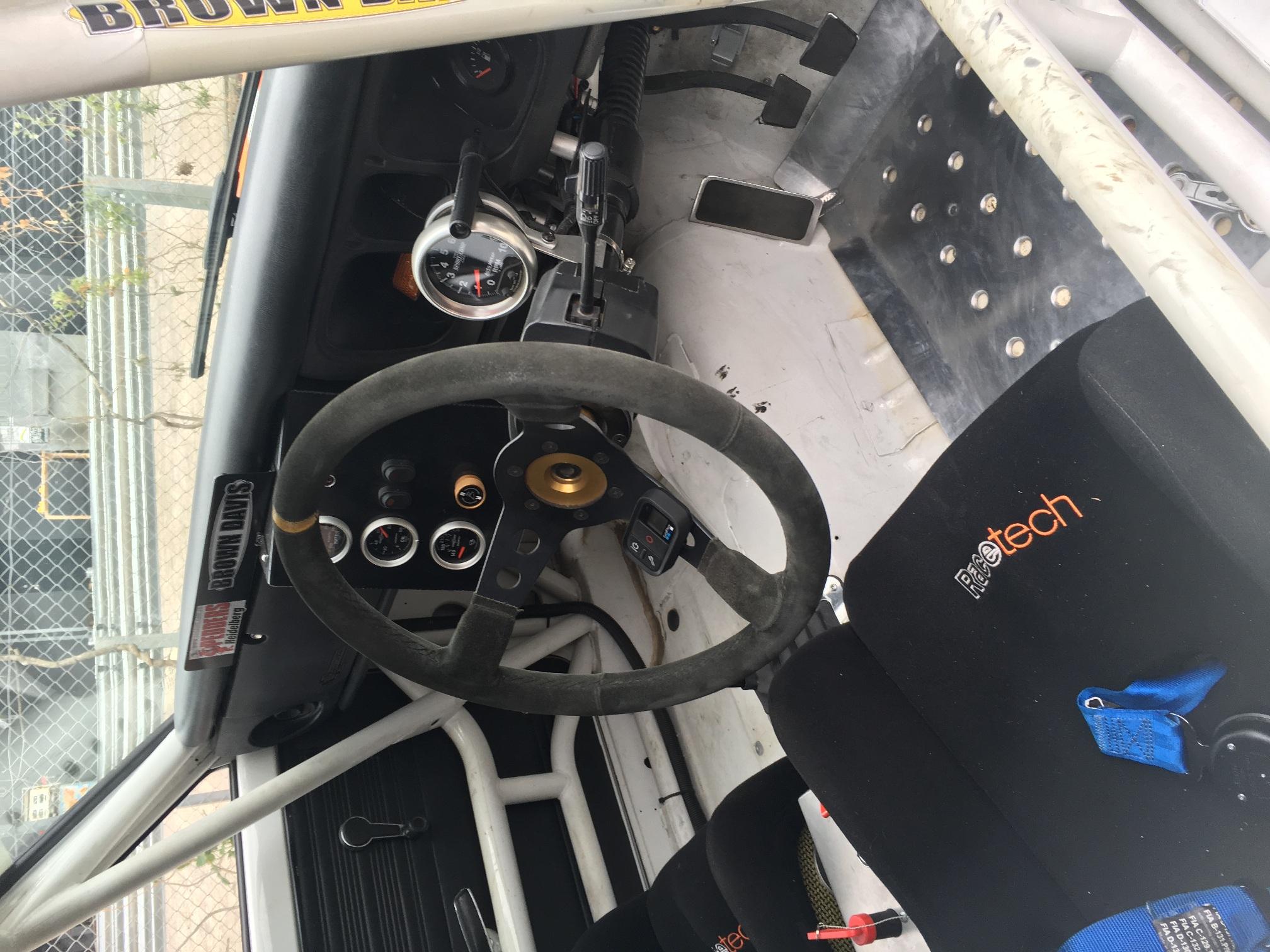 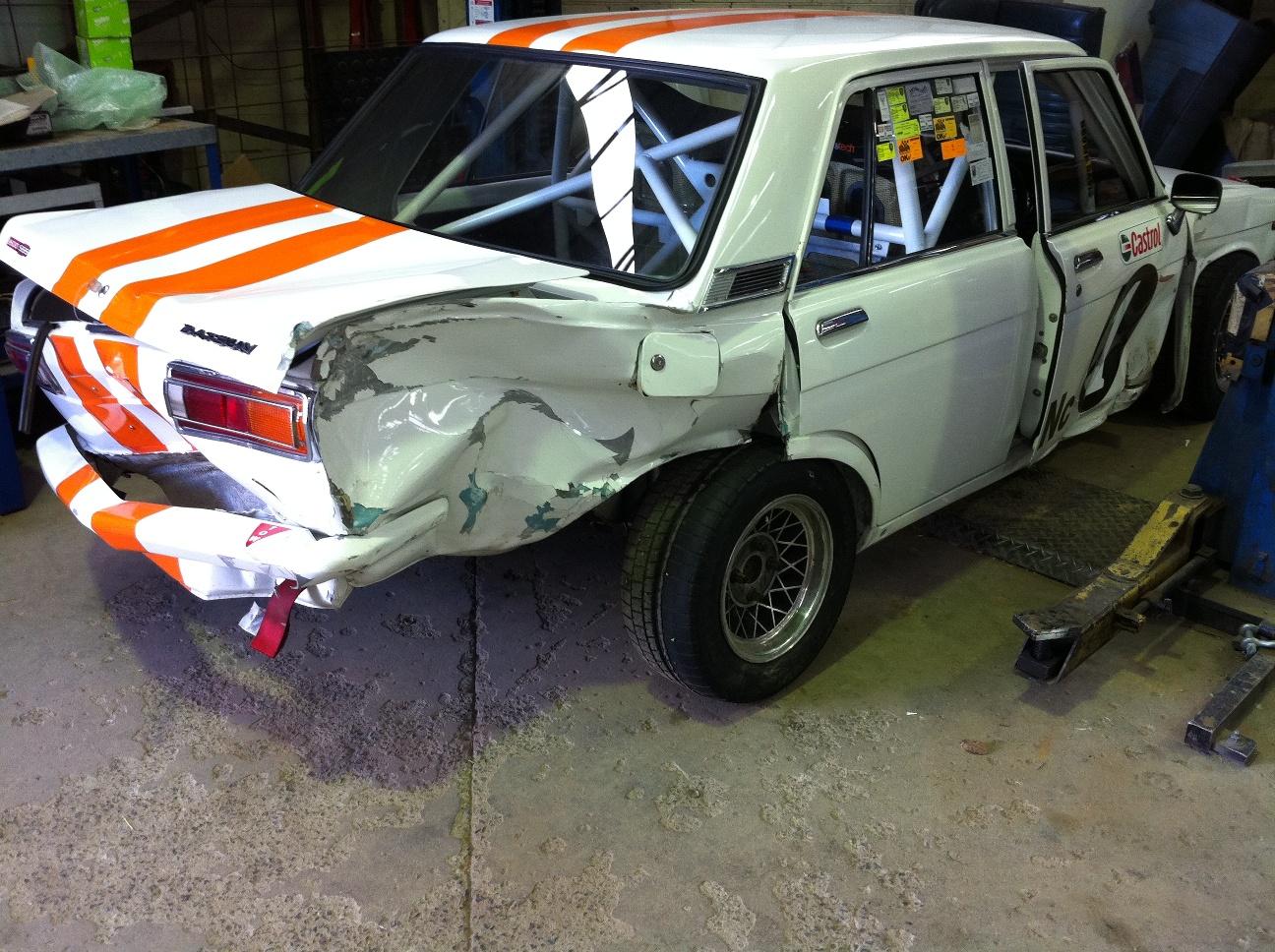 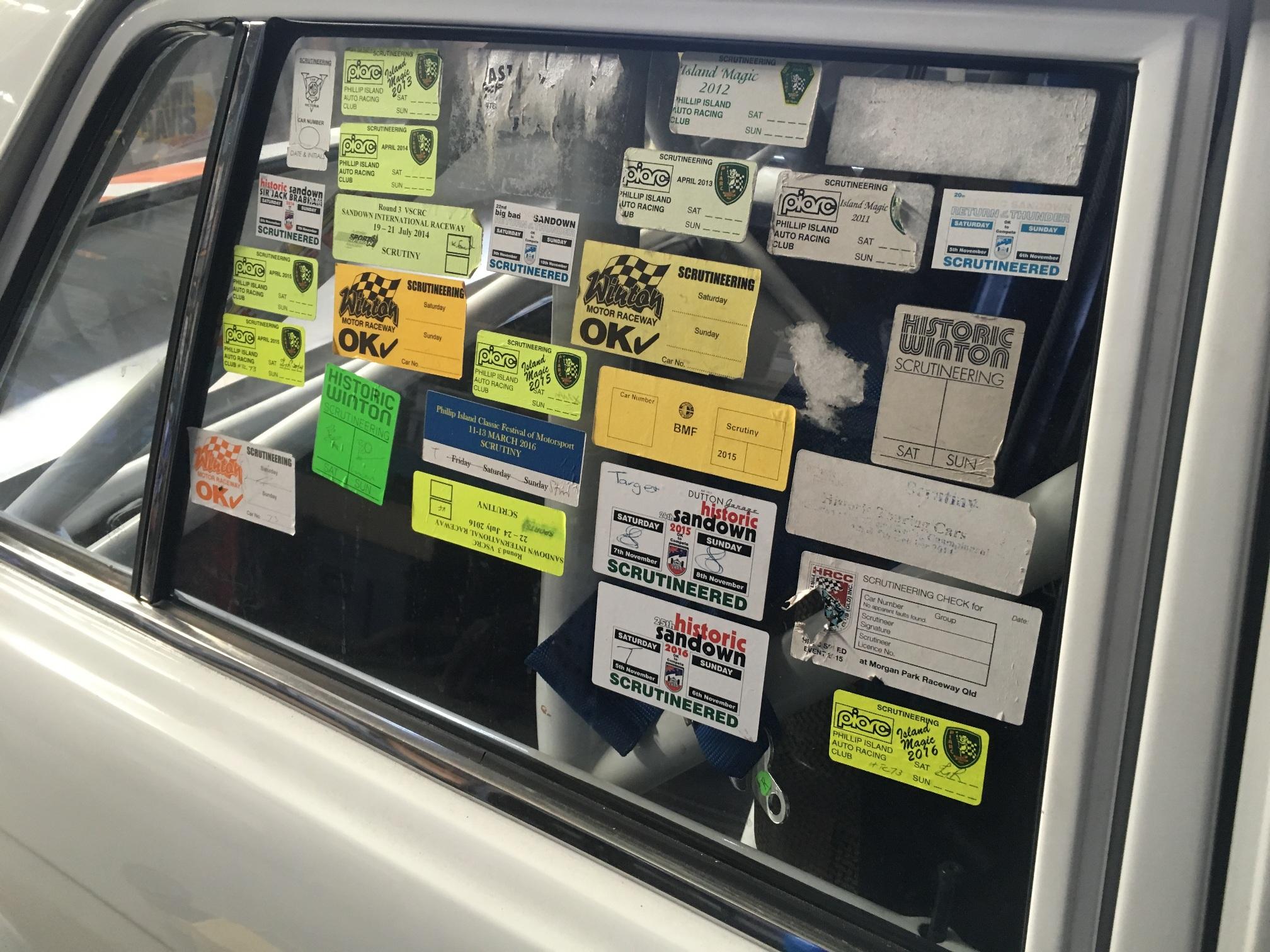 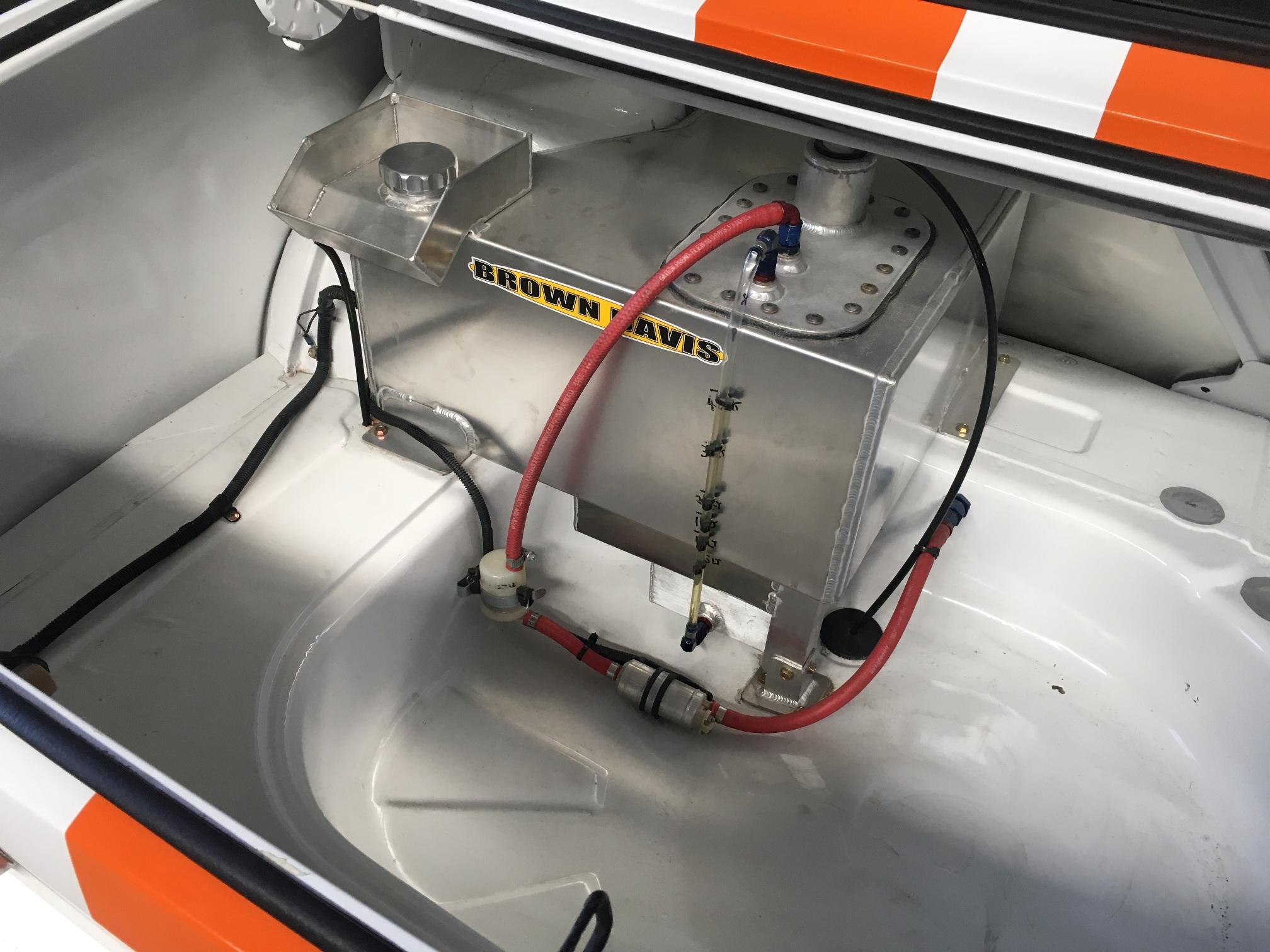