After 35+ years of specialist care for new and old four-wheel drives, this Victorian business is diversifying into classic cars. 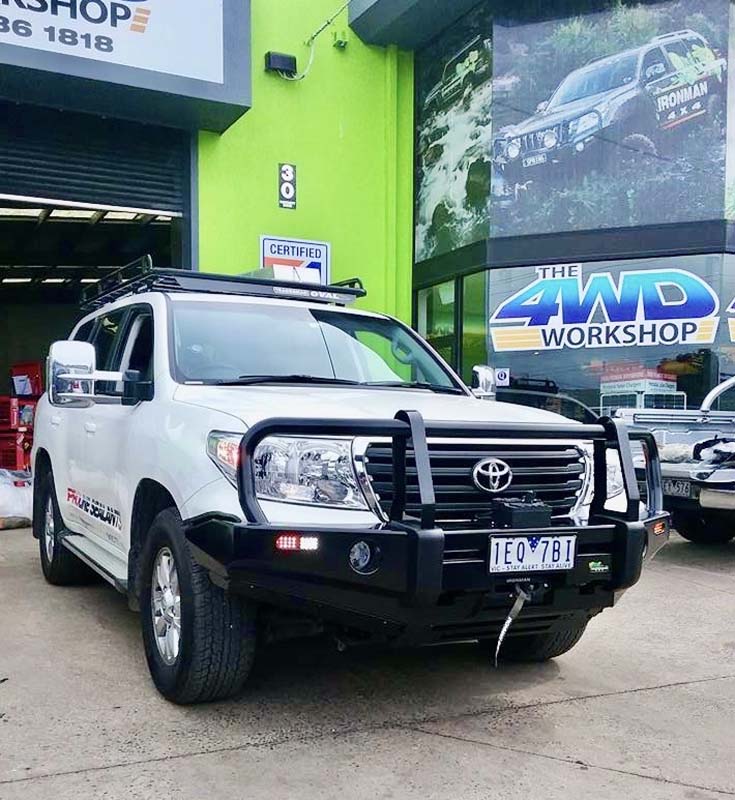 Like many JUST CARS readers, Geoff reckons it’s time to ease off and spend more time playing with the things he’s passionate about.

With his successful business, The 4WD Workshop, approaching its 40th year and blessed with quality staff, Geoff’s adding another string to his bow – the Performance Classic Workshop - where he can help older cars be their best for road and track.

“Get your tow car and race car sorted under one roof!” the lanky (but never laconic) spanner man jokes.

Geoff’s father, the late Arch Whitehead, was Manufacturing Manager at Repco in Richmond, while brother Paul was a ‘brainy experimental engineer’ at Holden.

And Geoff? “I sort of think with my hands,” he says, “I wake up in the middle of the night solving a problem and seeing myself making something. Sometimes, I get up, go to work and get into it!”

The young Geoffrey needed to fund his riotous lifestyle (complete with Austin Healey 100/4) and naturally gravitated to a Repco apprenticeship. He learnt from the best in the country and now passes ‘the knowledge’ on to his own apprentices.

Never backward in coming forward, Geoff put himself forward for a marketing role, which somehow parlayed into buying the first franchise for Repco’s Mufflafit enterprise. When these were cancelled, he became a FastFit man. 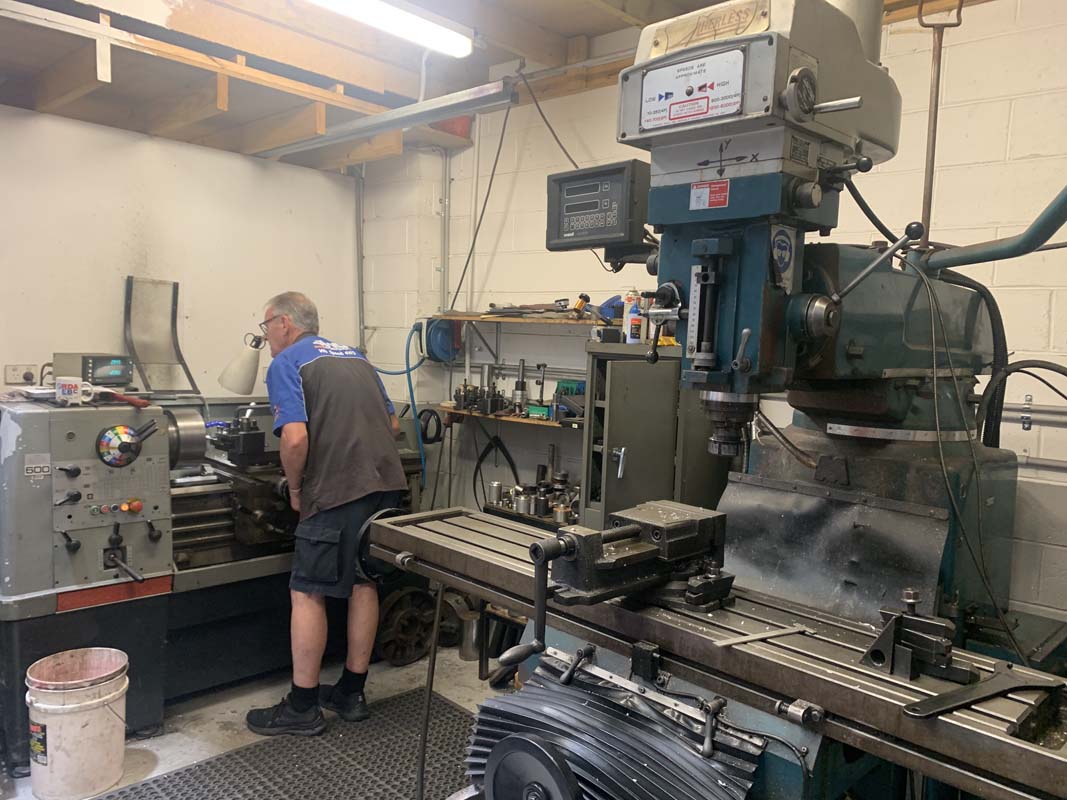 Beyond day-to-day repairs, Geoff found great pleasure in sand-bending extractors and fabricating sports exhausts for an eager market. (He hasn’t lost the skill – stepped headers on the author’s race MGB unleashed 40Nm of additional torque over the previous set.)

In the late ’70s, no-one could solve the new Datsun 200B’s irritating exhaust resonance and cars were being returned - not good. Geoff made a system that worked and was busy making two or three a week for delighted dealers.

Nissan representatives appeared smiling at the door, full of praise and asking for a set, which Geoff obligingly made. Their next model run had them factory-fitted... Life lesson learnt for the young businessman!

A farmer’s 4-litre, 6-cylinder Toyota LandCruiser 2F couldn’t get up his drive towing a horsefloat, so Geoff built headers and an exhaust system that resulted in 20 per cent more power. That farmer sent more and more country customers to Geoff - the 4WD ball was rolling…

“Every corner garage was dropping their prices to get general trade. No-one wanted to touch 4WDs. It was a ready-made opportunity and just grew from there - I haven’t advertised in 25 years…” he says.

Word of mouth is a powerful thing.

As well as readying family 4WDs for weekend trips or long adventures in the outback, The 4WD Workshop has also prepared vehicles for competition events, like the Australian Safari and Outback Challenge, for decades.

A very healthy customer base means big inventories of springs and suspension parts, spares and accessories, camping kits and more are carried.

As a keen game hunter, Geoff uses his own 4WD to test gear he sells, in the most miserable and rugged places one could imagine. He claims it’s fun.

And now, the Performance Classic Workshop

With the equipment, expertise and personnel already on hand at The 4WD Workshop, applying all that to the Performance Classic Workshop has been a simple process.

The Seaford-based business is fully equipped with relevant machinery, including a milling machine and chassis dyno, so bits can be fabricated in alloy, steel, stainless and cast iron – and fabricated quickly.

Example? A Lotus Cortina needed urgent surgery after a Sandown start line incident, only two weeks before the Phillip Island Classic. The problem was the A-frame rear end had torn its mounts from the chassis rails, which were weak from too many patches over the decades. With all hands to the pump, new chassis rails and mounts were made and other issues were sorted in time for the Classic, where the car performed faultlessly. 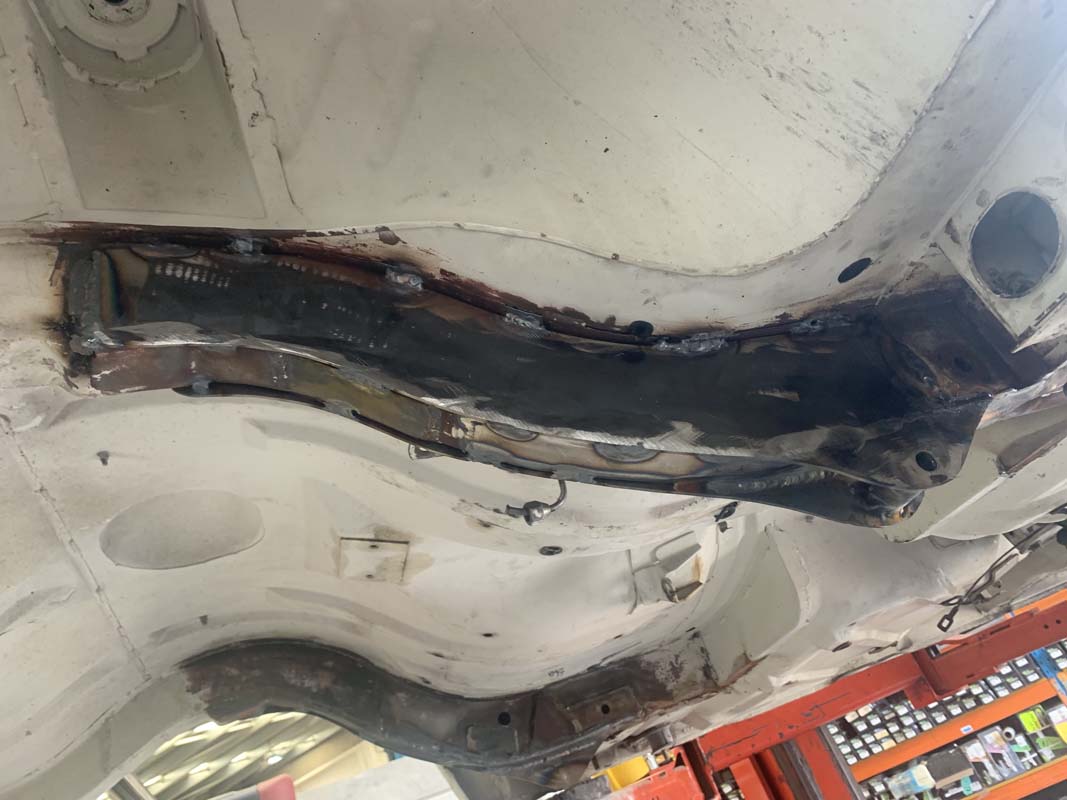 Geoff’s personal dream has come to fruition, too. The logbooked Holden 48/215 Sports Sedan he built in the ’70s peers down from a hoist, awaiting its turn for restoration amongst other classic performance cars in for fettling.

“If you do what you love, work is a joy”

Geoff is never happier than when he’s designing and fabricating something for a 4WD or classic. Each part is an elegant piece of work, almost too good to go into or under a car.

“Everybody who loves old cars knows they’re all special, but each one is different. That’s why it’s such a pleasure being an HTCAV sponsor,” he says. “It’s a privilege to help someone’s pride and joy become the best it can be – it could be as simple as stopping an oil leak, or as extensive as a complete rebuild.

“And it’s the same for 4WDs. Nothing is impossible, everything just needs to be thought through…” 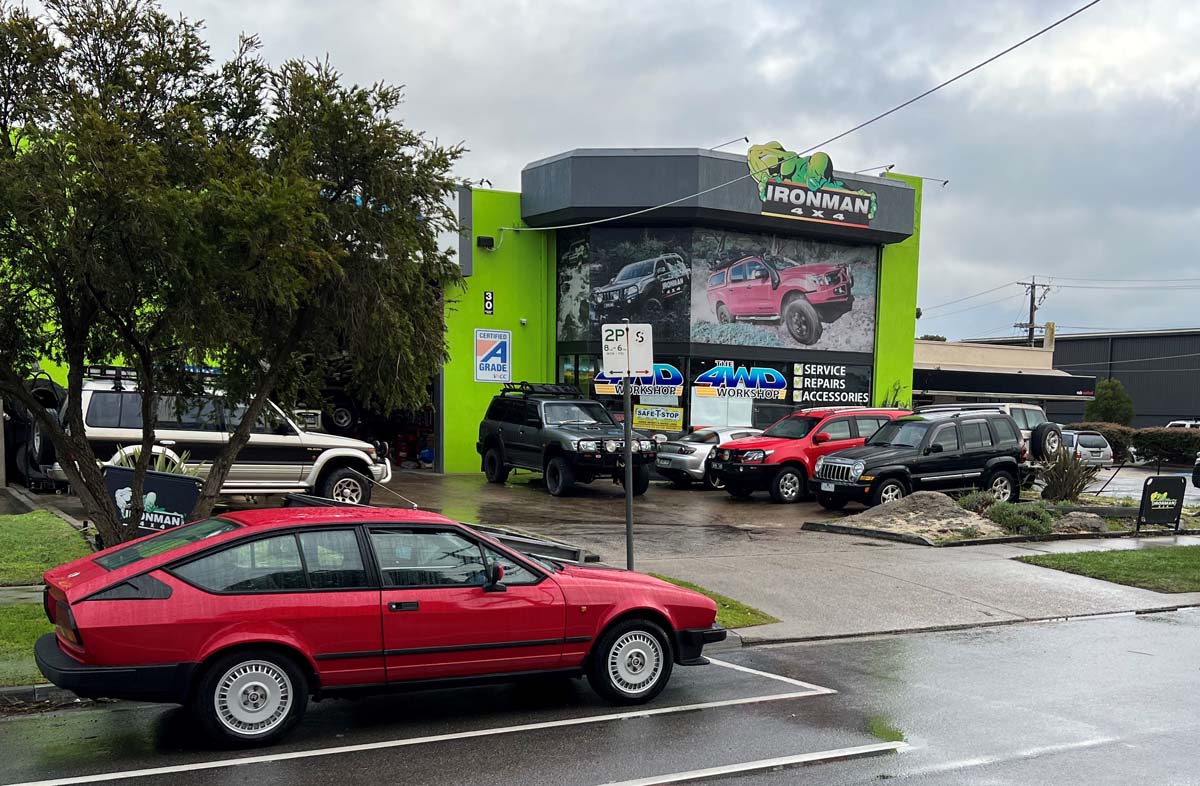