First hybrid Corvette will be introduced in 2023

Chevrolet already have an electrified version of most models in their range, but the Corvette has resisted the green push – until now. A hybrid version of the current C8 Corvette sports car has been confirmed for launch next year, followed by a full EV variant in the future. 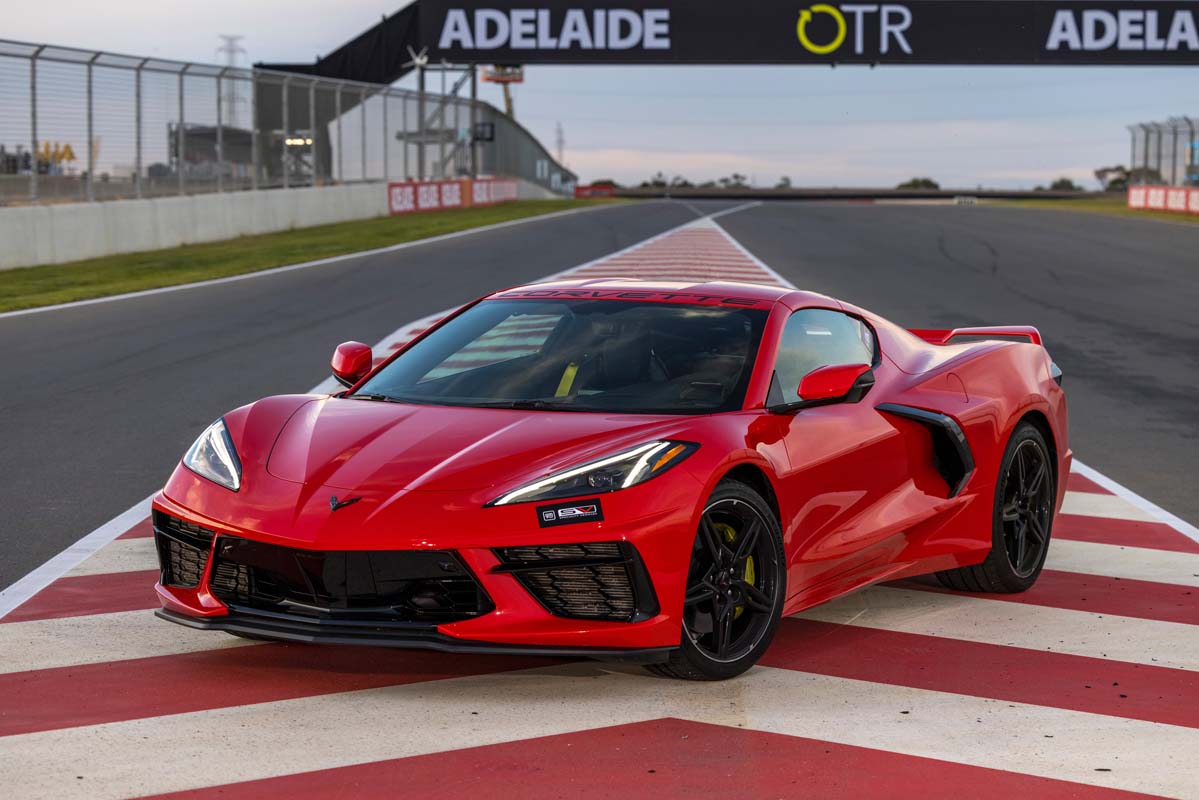 In a statement released on 25 April, Chevrolet stated that the first electrified production Corvette will be launched in 2023. On the same day, a twitter video of a camouflaged C8 Stingray undergoing winter testing showed the front wheels in motion before the rears engage, confirming that an electric motor (or motors) will drive the front wheels, with traditional V8 power retained for the rear wheels. 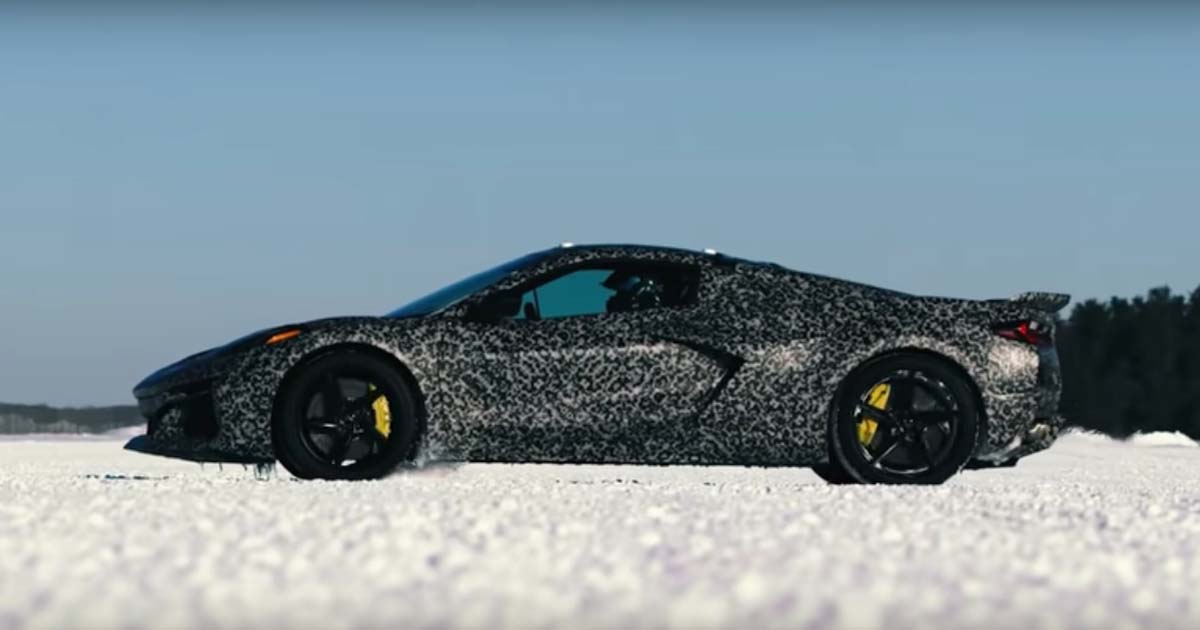 When the eighth-generation Corvette was launched back in 2019, it was rumoured that the chassis and drivetrain had been engineered for electrification from the outset, while back in 2015, Chevrolet trademarked the name ‘E-Ray’. Whether the hybrid (or fully electric) Corvette will wear such a name has yet to be confirmed.

How the electric motor/s and battery will be incorporated into the Corvette’s existing packaging is also unconfirmed, but presumably, a section of the front boot space will be taken up by the motor and possibly the battery, too. 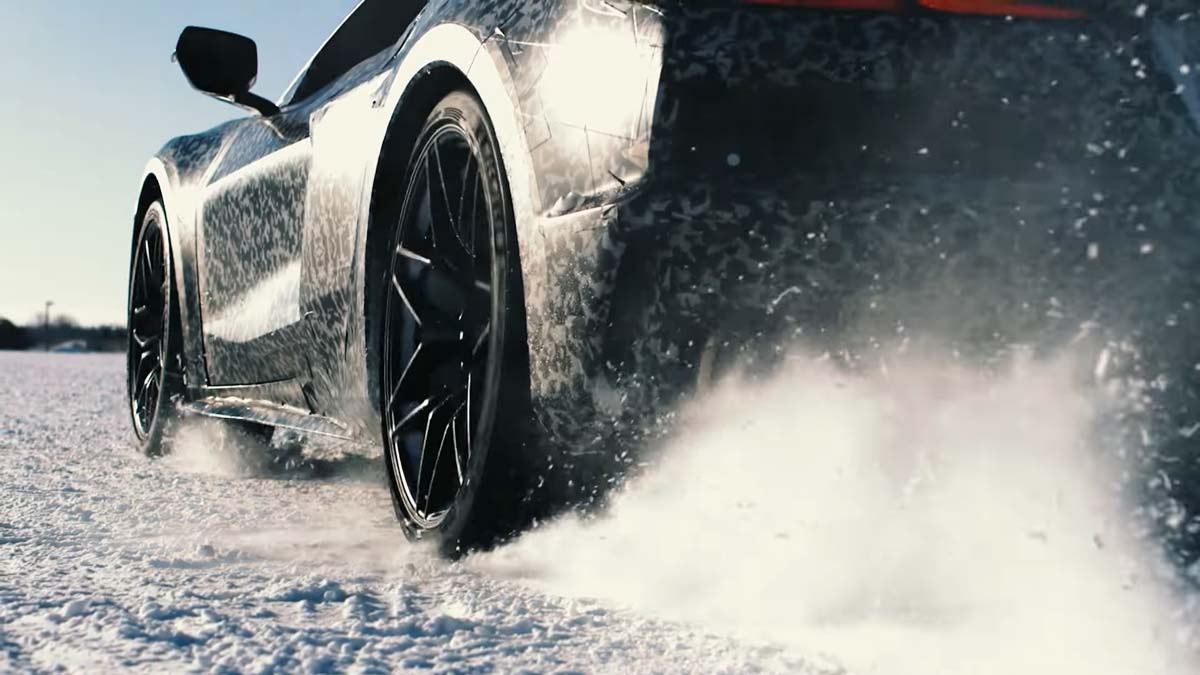 While some storage space will almost certainly be lost, the addition of a hybrid option is unlikely to have an impact on the Corvette’s existing drivetrains, which consist of a 6.2-litre naturally-aspirated V8 producing 370kW and 637Nm in the Stingray coupe and convertible, while the new Corvette Z06 features a 5.5-litre naturally-aspirated V8 offering 500kW and 637Nm. Both engine options are mid-mounted and drive the rear wheels through a ten-speed dual-clutch automatic transmission.

Whether one or both the current engine options will be hybridised is unclear, but unconfirmed reports suggest a hybrid Z06 could produce as much as 625kW and 1250Nm. 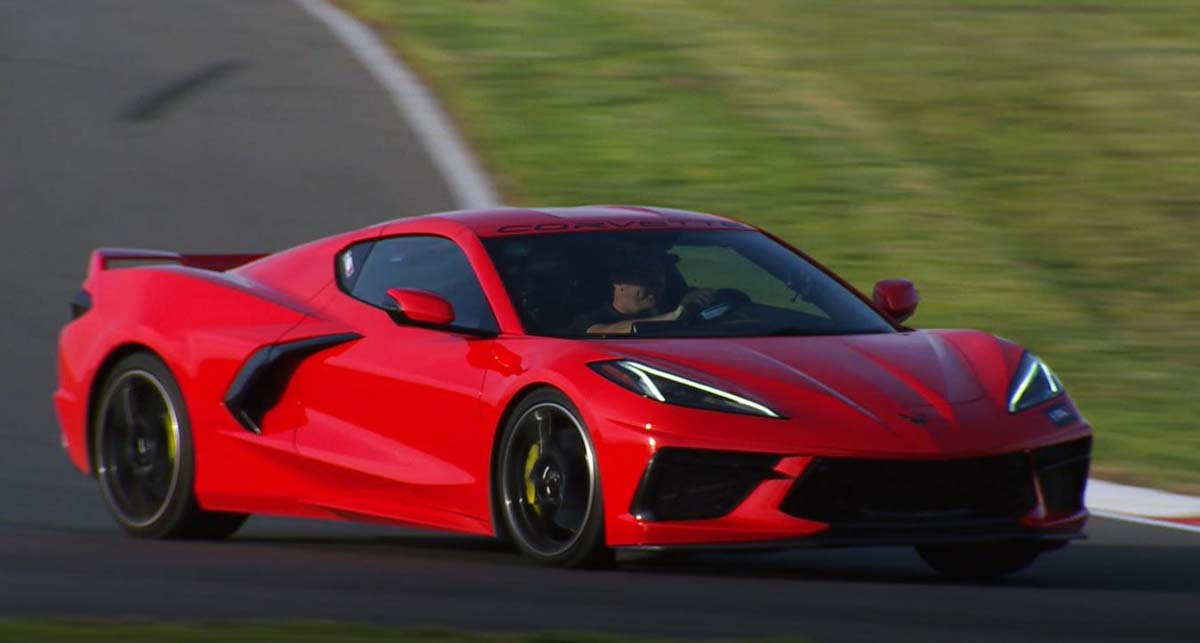 Of course, in addition to offering more power and torque, having driven front wheels will improve grip and cornering, putting a hybrid Corvette on more of a level playing field with current AWD supercars.

While the internal combustion engine version of the C8 Corvette started landing in Australia in factory RHD form earlier this year, local release for a hybrid version is a long way off, if it comes at all.