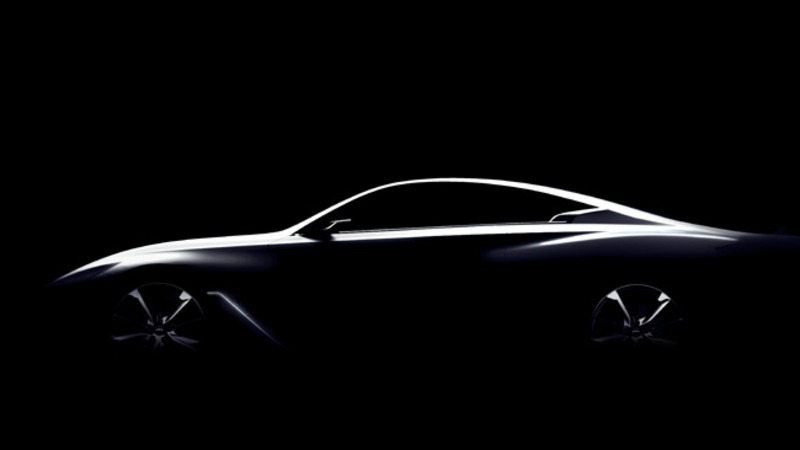 Described by Infiniti as having "muscular lines and pure, well-defined contours," the concept is expected to foreshadow Infiniti's challenger to the likes of the Lexus RC 350 and European luxury performance coupes.
Ahead of the 2015 North American International Auto Show (NAIAS), Infiniti have revealed a teaser image of a new sports coupe concept that's set to make its first appearance at the Detroit event in January.

Described by Infiniti as having "muscular lines and pure, well-defined contours," the concept is expected to foreshadow Infiniti's challenger to the likes of the Lexus RC 350 and European luxury performance coupes. The concept's intentions are "easy to understand at first glance," according to Infiniti.

Features revealed in the Q60 teaser image include a semi-fastback profile, with full-sized wheels placed at the corners. Infiniti say the Q60 makes an unmistakable design statement and adds to the exhilaration of the performance coupe.

This latest concept builds upon the design language seen on recent Infiniti concept cars, foreshadowing what the carmaker says is the strong visual consistency that's a key ingredient of products in their future lineup.

Concept and new model reveals aside, the growth of the Infiniti brand will continue in 2015, with production to start in the UK next year, joining factories in the US, Japan and China. Production facilities are also expected to be added in Mexico in 2017.

The luxury companion brand to Nissan will also continue its role as the Title Partner and Vehicle Performance Partner of Infiniti Red Bull Racing in Formula 1 next season. Infiniti has a far-reaching technical collaboration with the four-time FIA Formula One World Championship-winning team, for whom Australia's Daniel Ricciardo will become the number 1 driver in 2015.