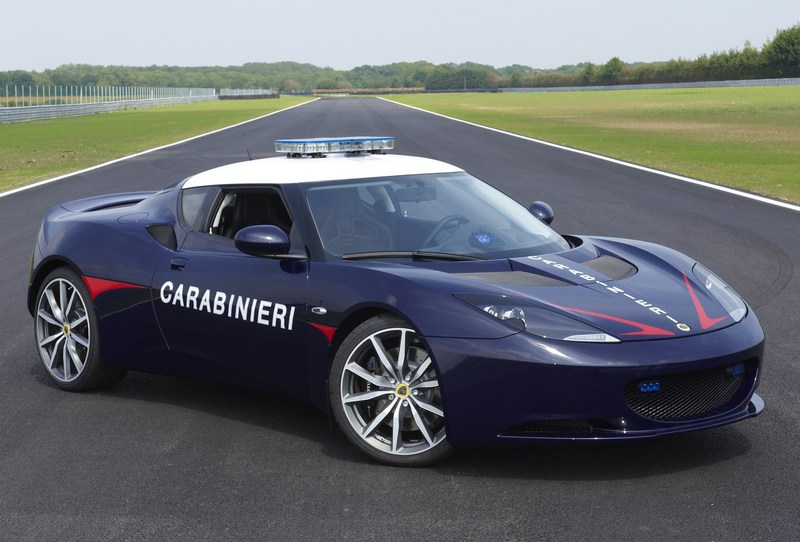 The Carabinieri actually selected a pair ofLotus's Evora S models for special duty. The headquarters of the Carabinieri in Rome played host to the event in late July where two bespoke Lotus Evora S cars were handed over by Group Lotus Chief Executive Officer, Dany Bahar.

The Evora S is an evolution of the Evora coupe, featuring a supercharged (hence the 's') 3.5 litre V6 engine that kicks power up to 345bhp, compared to 276bhp from the regular Evora. With its light weight, the Evora S can sprint from 0-100kph in under 5 seconds.The Evora Salso features the 'DPM' (Dynamic Performance Management) system added to all European-delivered Lotus cars in 2011. DPM combines ABS, EBD, ESP and traction control with an electronic diff lock. Suspension changes also distinguish the Evora Sfrom the regular Evora.

In preparation for their two year stint in Italian service, both Evoras were equipped with some of the very latest voice recognition technology including EVA (Enhanced Vehicle Automation) system. A special portable refrigeration compartment has also been fitted behind the front seats which will allow for the rapid transport of vital organs and blood during medical emergencies.

Commenting at the handover event Group Lotus Chief Executive Officer Dany Bahar said:
"Everyone knows that Italy has more than its fair share of high profile sports car manufacturers, so it is a real honour for a relatively small British brand to be in this position. The feedback from the driver training on the Evora S at our test track was very positive, it's such a responsive car to drive. I think the teams in Rome and Milan are really going to feel the benefit of working with our product."

Carabinieri spokesperson, Colonel Marco Minicucci said:
"Our special Lotus Evoras combine the very best of our technology with excellent British engineering from Lotus. Not just anyone can drive these cars, we carefully selected some of our team to attend a driver training session at the new test track at Lotus' headquarters in Hethel, Norfolk where they learnt all about the very special characteristics and incredible potential of the cars."

The Arma dei Carabinieri isa division of the Italian army, playing a similar role in Italy to Scotland Yard in the UK and work with the civilian police. The Evora S models will be made available to the units based in Rome and Milan. 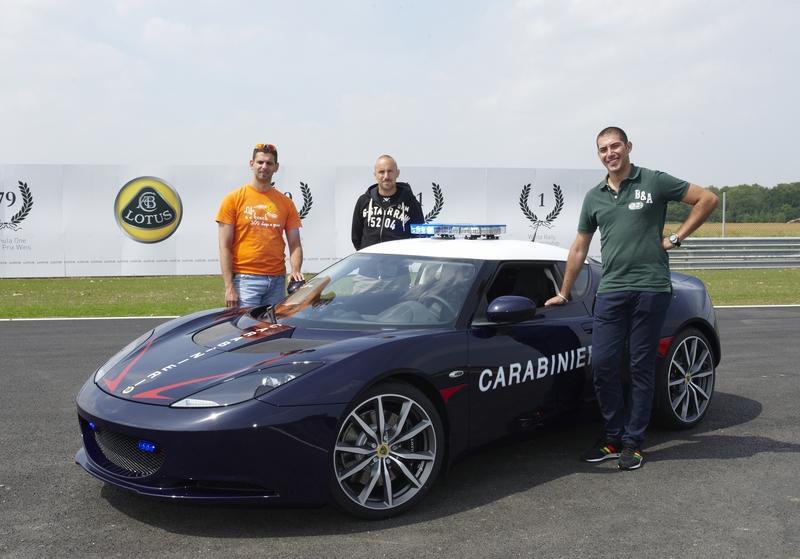 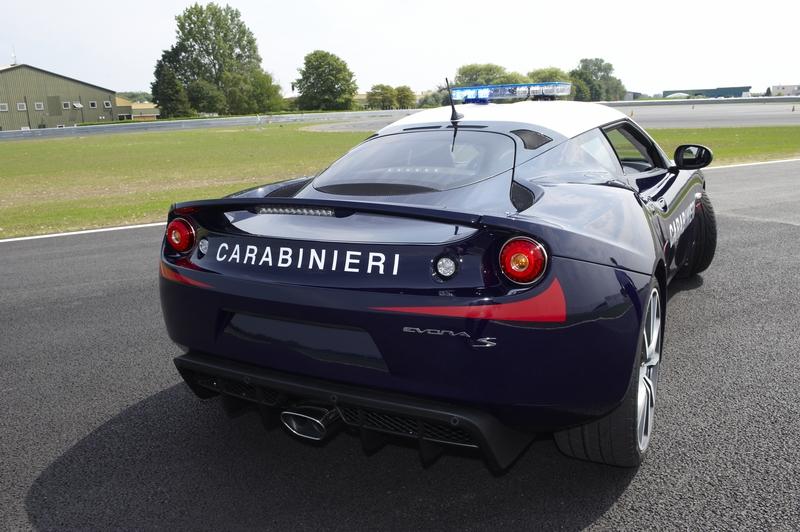 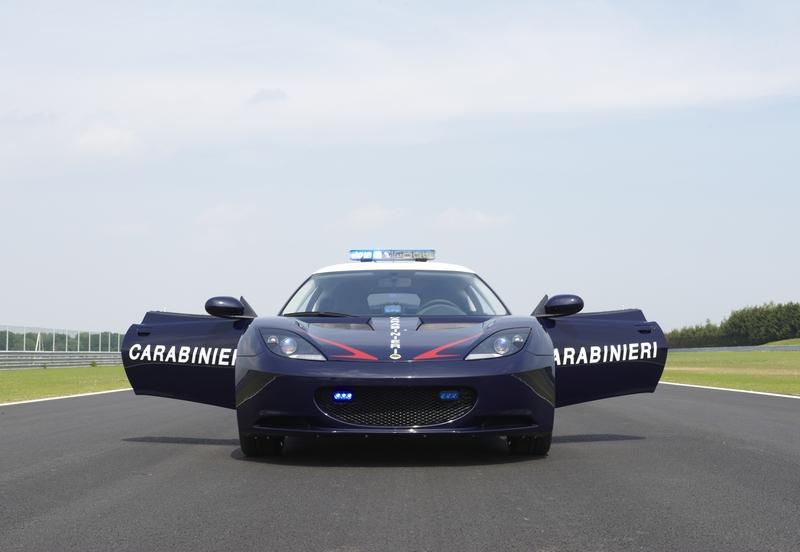 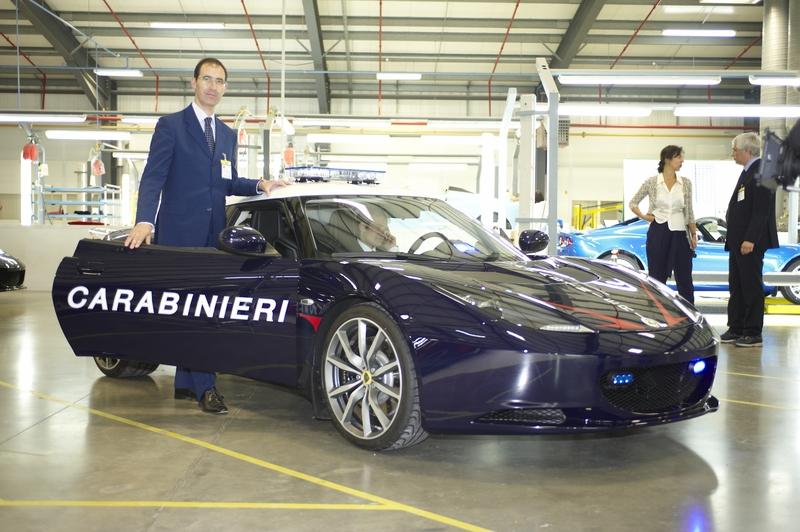 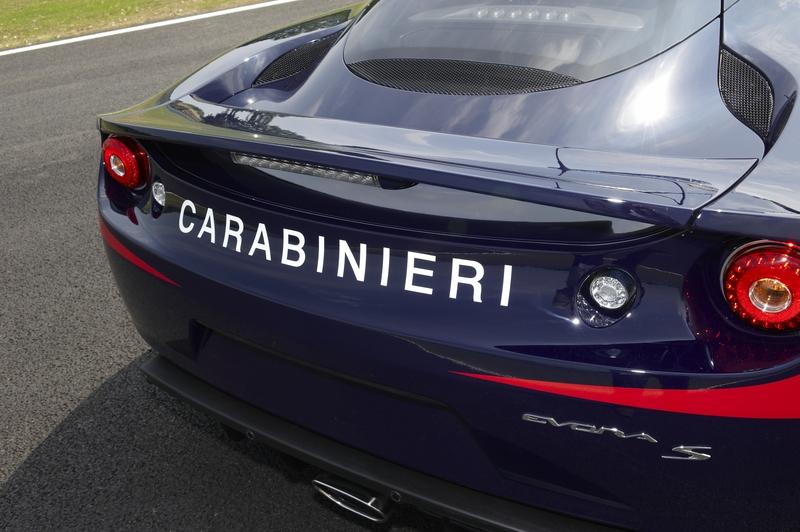