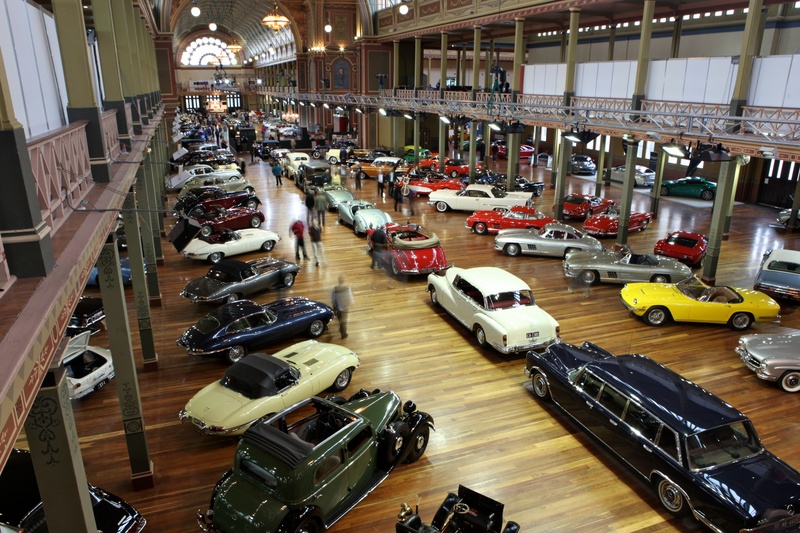 A special feature of RACV Motorclassica 2012 will be a celebration of the life in motorsports of Australia's own Sir Jack Brabham
This year's RACV Motorclassica will feature over 120 historic cars for the third running of the internationally-recognised event. More than 200 entries have been received for the Australian International Concours d'Elegance, with cars vying for awards across more than a dozen classes, including the coveted Best in Show trophy.

A special feature of RACV Motorclassica 2012 will be a celebration of the life in motorsports of Australia's own Sir Jack Brabham. A display of perhaps the most important collection of ex-Brabham race cars ever seen in the World will be one of the highlights of this year's Motorclassica. Starting with his very first Midget Speedcar, and culminating with a selection of important, race-winning BT cars, the highlight of the showcase will undoubtedly be Brabham's WDC-winning Coopers from 1959 and 1960 and the famous Repco Brabham from 1966.

To make a visit more enticing, "Black Jack" himself will make a special appearance on Saturday and Sunday to judge the concours, where he will be joined by some of his contemporaries, collaborators and those who went on to race his iconic BT race cars.

In addition to the concours, there will be 100+ stallholders and special displays across both levels of Melbourne's Royal Exhibition Building, as per last year's event. A 'Picnic with the Classics' open air display in Museum Plaza is expected to attract 140+ cars from Victoria's top car clubs, which along with a parade through Melbourne's CBD, automotive art show, Collector Car Auction, seminars, workshops and other attractions add up to three days of auto-themed entertainment.

RACV Motorclassica will take place at the Royal Exhibition Building, Melbourne from 26 - 28 October 2012. Tickets are $30 for adults ($20 for RACV members).