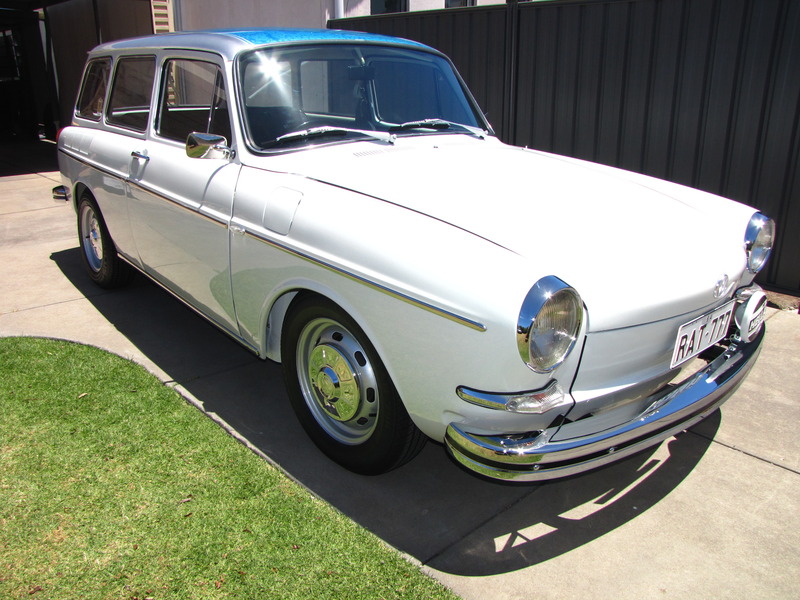 Looking at the finished article, you'd be forgiven for thinking that Jason's an old hand at customising, but this 1971 squareback is actually his first custom painting project.

"I bought this wagon as a very rust free example two and a half years ago with the intention of teaching myself to paint," Jason explained.

The choice of car, while unusual on first impression, was an obvious one for the South Australian enthusiast as he's been a fan of Volkswagens for more than twenty-five years.

Jason's idea of paint wasn't just a couple of coats of Duck Egg Blue, either. He'd decided to jump into the deep end of custom painting and treat the car to some 70s-inspired custom lace and metalflake finishes.

"I remember seeing loads of lace and flake when I was a boy reading US magazines, and it isn't too common now, so I thought that I would help keep the old school alive."

Taking on this type of paint job would be pretty daunting, even for experienced sprayers, but Jason was determined.

"My friend Vince of Body Shop Paint Supplies told me I was nuts, but in a nice way," Jason laughed.

So, armed with a solid idea, a reasonably solid car, some books and a bucketload of enthusiasm, Jason got underway. To start, the VW was soda blasted back to bare metal. This revealed a good body, with only tiny amounts of rust, which were repaired by Jason's mate Gary. Some small dents were hammered out, then skim filled to get the panels smooth. As the body of the car was going to be in white, a smooth base was essential.

Jason's painting adventures started with the first layer of epoxy primer over the prepped body, followed by several high build coats. Loads of graphite dust guide coats and sanding followed, then recoating and more sanding before a final high build and sand again.

"You really need to like sanding if you want to do a project like this! It was brutal on the shoulders."
The body's main paint coverage consisted of three coats of bright white, followed by two layers of intercoat with flake - Roth colour-shifting flake and multi-colour flake.

It's nearly impossible to see in these photos, but Jason said that the flake shifts from aqua blue, through gold and orange, with different light giving the car a different look.

"After the flake was applied, the paint was quite rough to touch and looked pretty bad," Jason explained, "So I let it rest for week, sanded flat again, then applied 5 coats of clear."

Sanding flat the clear, then buffing saw it all come together as Jason had envisaged, resulting in the aforementioned colour changes, along with a depth and shine that Jason said was well worth the days - literally - of sanding and preparation.

"It is so bright in the sun that, without sunglasses, it hurts your eyes! At dusk, the colours come alive in a different way - it's an amazing transformation."

The roof was a bigger challenge, though, despite its smaller area. Jason had decided to lay down silver for the roof, with a Blue Candy laced finish panel, followed by two different sizes of silver and multi-colour flake, the former to complement the blue, the latter to harmonise with the rest of the body.

"The roof took forty hours and had a total of twenty-three coats," Jason groaned. "Although possibly ten or more of these may have been sanded off through the stages!"

Inside, the car was done in plain 2 pac white; no clear and no flake. The rest of the interior was completely refurbished, with all new upholstery, new rubbers, a fresh front windscreen and more. Jason did all this himself, with the exception of the headliner, which was done by Alan Smith Vehicle Trimming in Kilkenny.

Outside, Jason added the earlier style Type 3 indicators as well as a full complement of either new or refurbished chrome trim to match the sparkle of the paint.

Jason reckons the finished result looks truly wonderful. We find it hard to disagree, especially considering it's a rookie effort and all the work - including all that painting - was done at home in a basic shed.

FOR SALE
Now that he's finished his debut paint job - and is justifiably proud of the result - Jason's looking to move on to his next challenge, so has decided to put the VW up for sale. If you're looking for a well-presented mild custom Volkswagen to grace your garage, click here to find out more details. 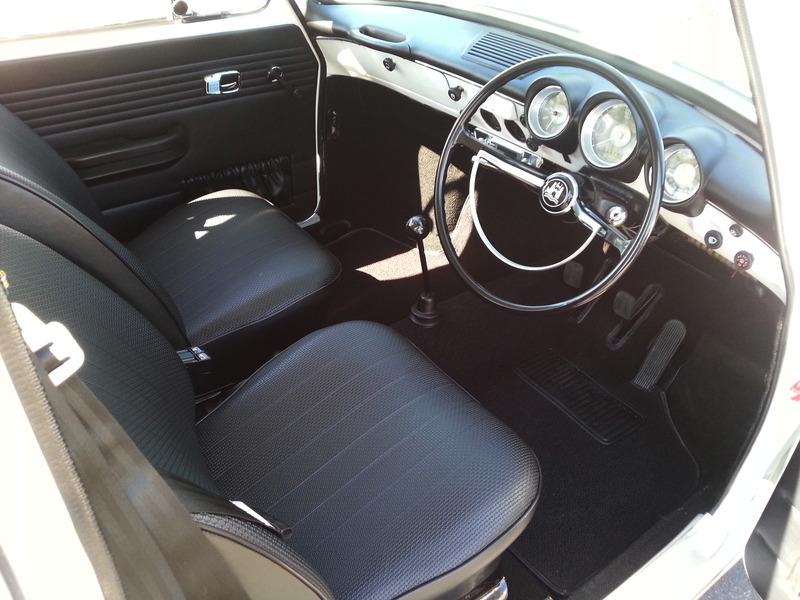 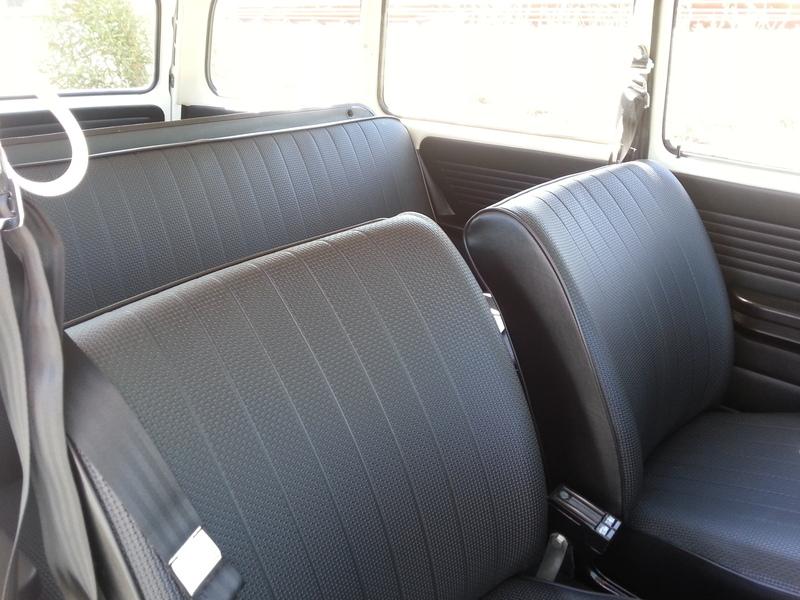 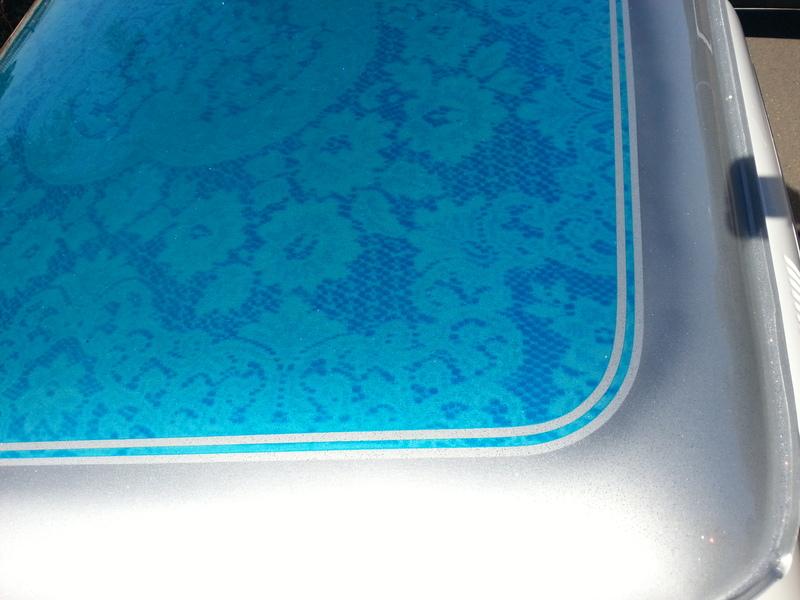 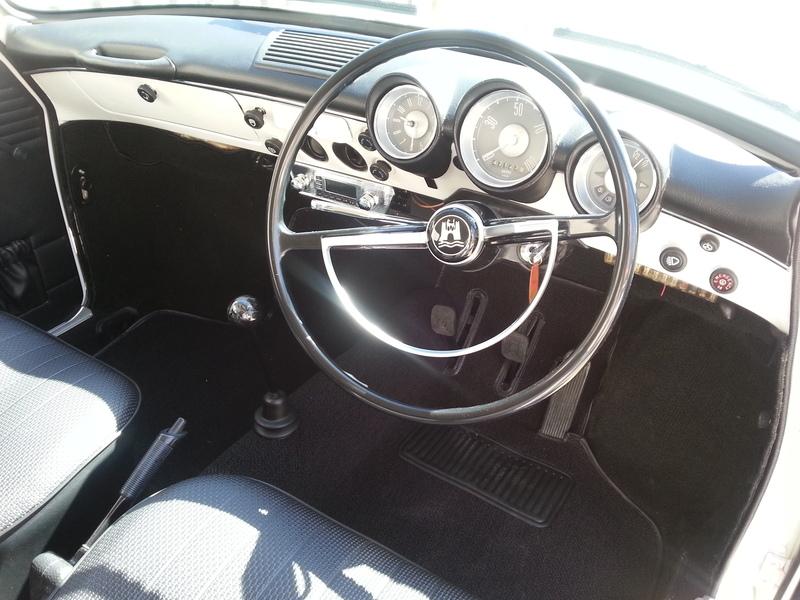 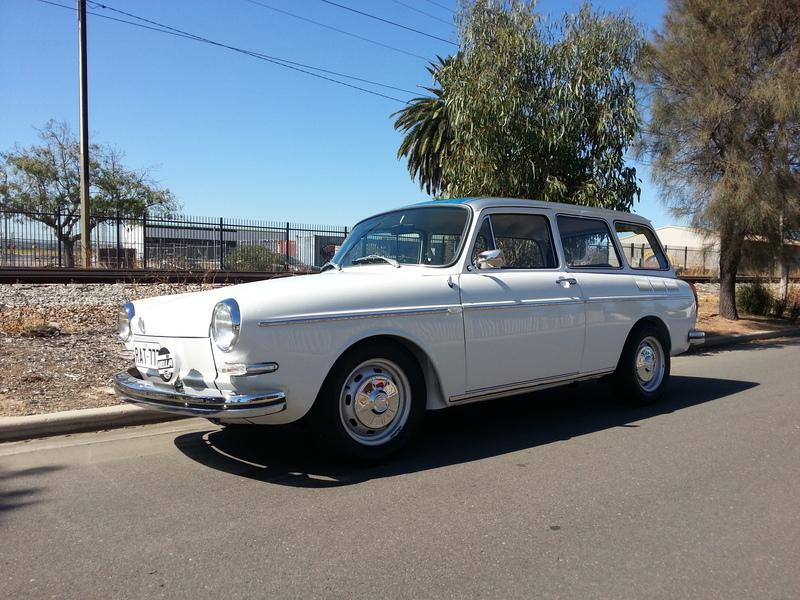 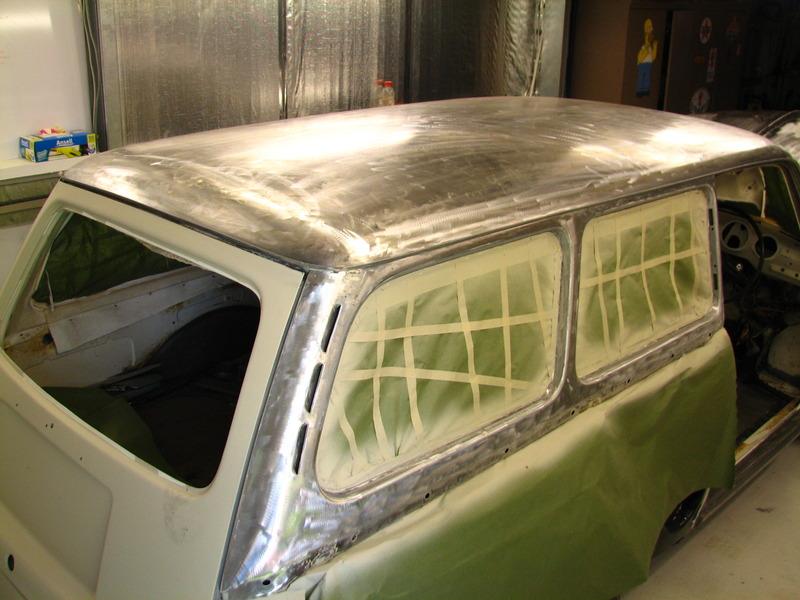 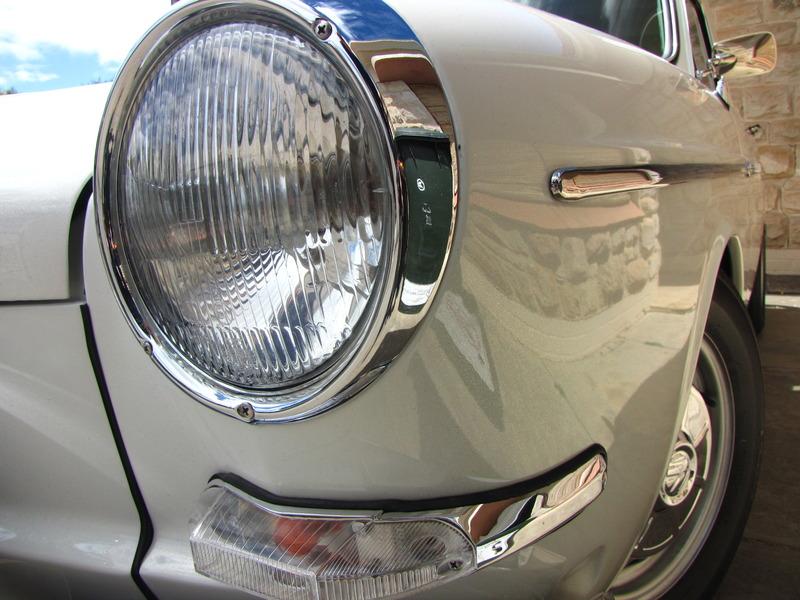 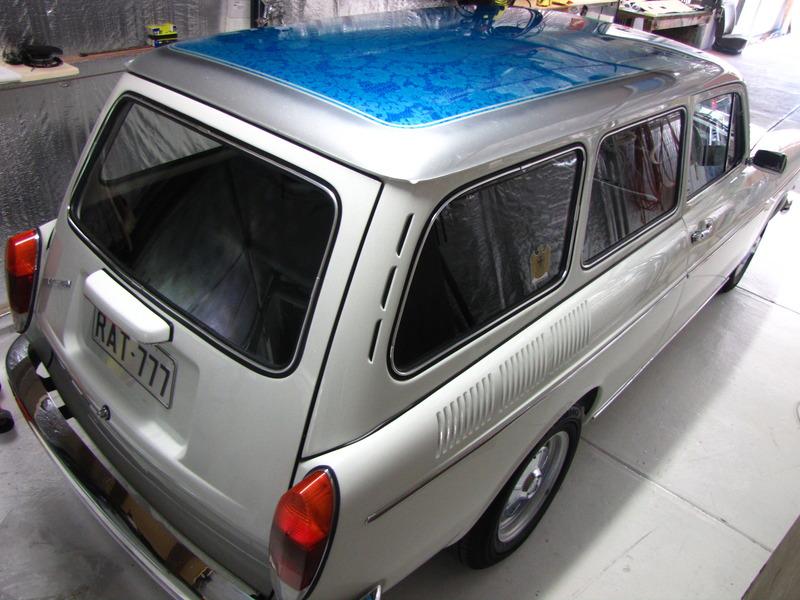 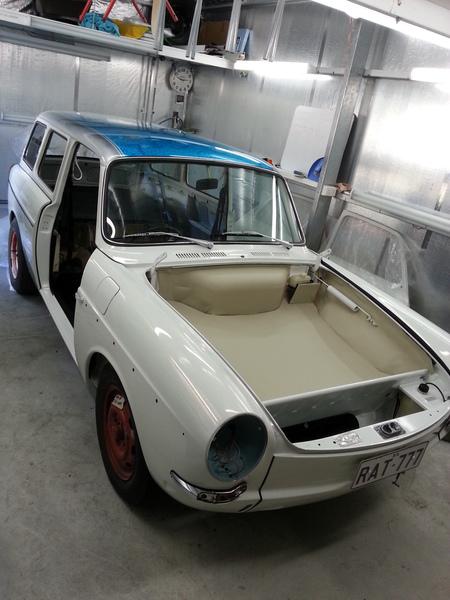 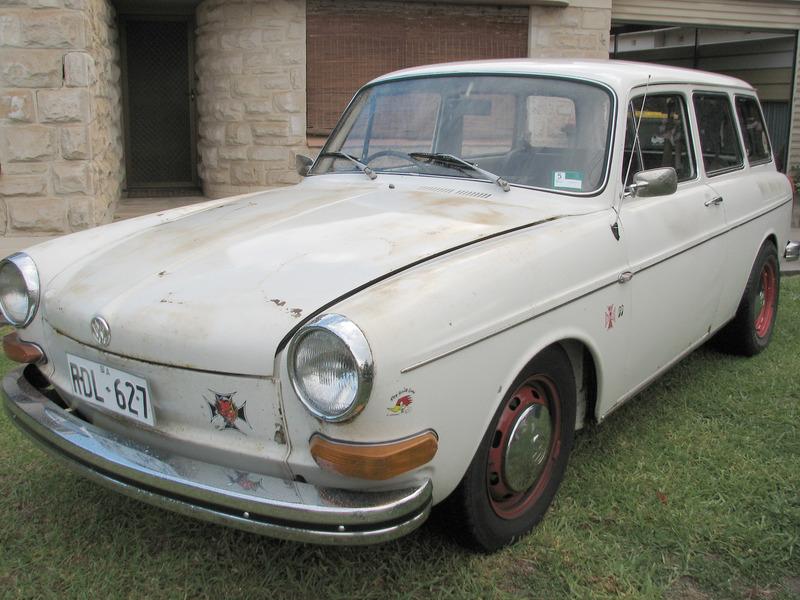 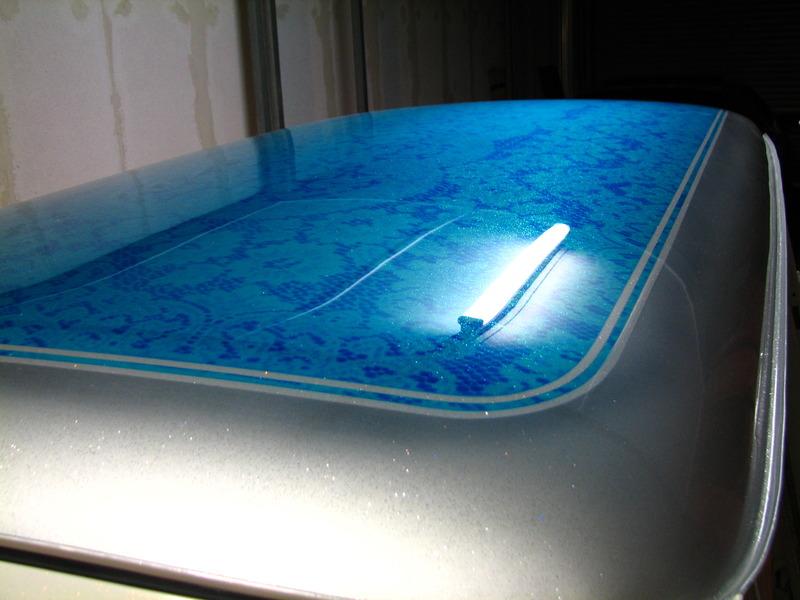 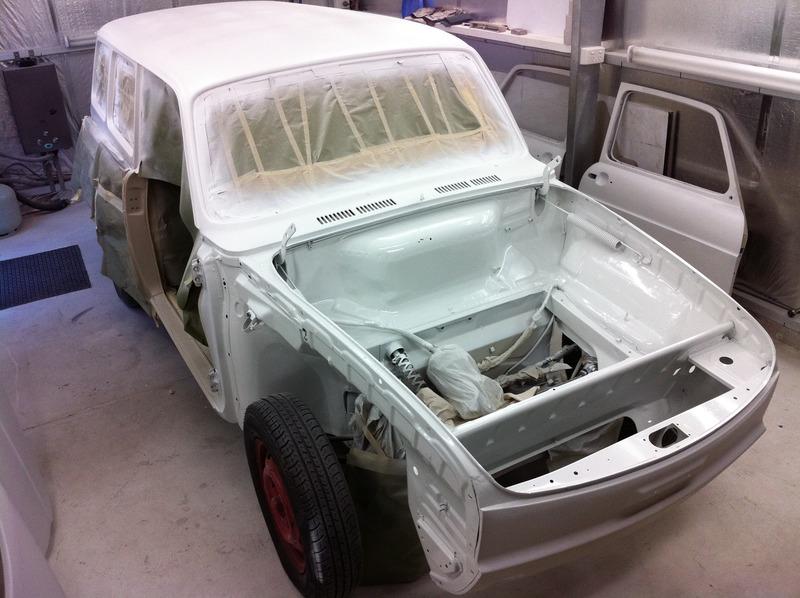