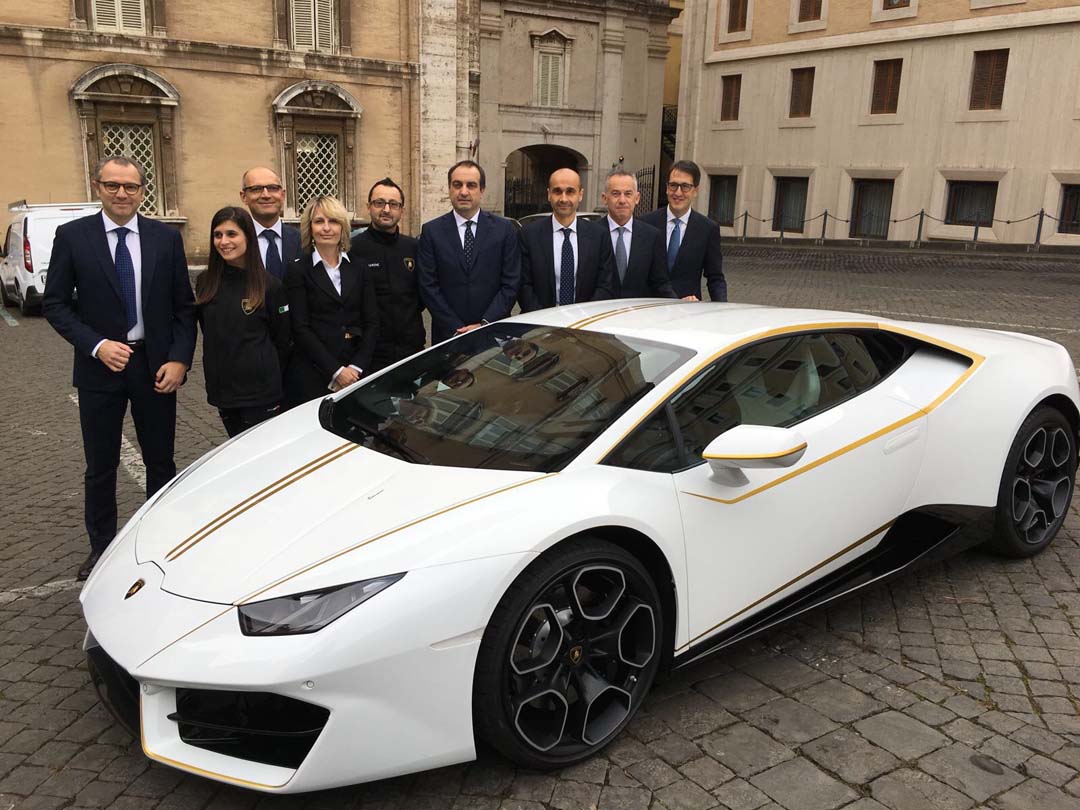 Lamborghini recently presented His Holiness Pope Francis with a special version of their Huracan RWD coupe, which is due to be auctioned for charity next year.

Created by Lamborghini’s “Ad Personam” in-house customization department, the Huracan was finished in Bianco Monocerus (White) with Giallo Tiberino (Yellow) details; colours inspired by the flag of Vatican City. Whether the car also carried any mechanical upgrades is unrecorded.

While it would have been interesting to see His Holiness cut a few fast laps behind the wheel of the Lambo, Pope Francis limited his interaction to blessing the car and signing the bonnet when it was presented to him at the Vatican on 15 November.

Lamborghini says the Pope’s signature will remain – and be sealed for posterity – when the car goes to auction at RM Sotheby’s Monaco sale on 12 May, 2018. All proceeds from the sale will be donated to the Holy Father for allocation to the Vatican’s preferred charitable organizations.

RM Sotheby’s has some history with Papal donations, previously handling the sale of a 2005-model Ferrari Enzo, which had been gifted by Ferrari to Pope John Paul II. At the RM Sotheby’s Monterey auction in 2015, the Enzo sold for US$6.05 million (AU$8.26 million approx.); more than three times the previous auction record for an Enzo.

Following the unveiling, Sotheby’s Sabatié-Garat said: “We are thrilled to be working with both Lamborghini and the Vatican on such a significant charitable project that will provide assistance to those in need.

“His Holiness Pope Francis’ blessing and signing of this one-off example will surely add immeasurably to the importance of the event when it crosses the auction podium in Monaco.” 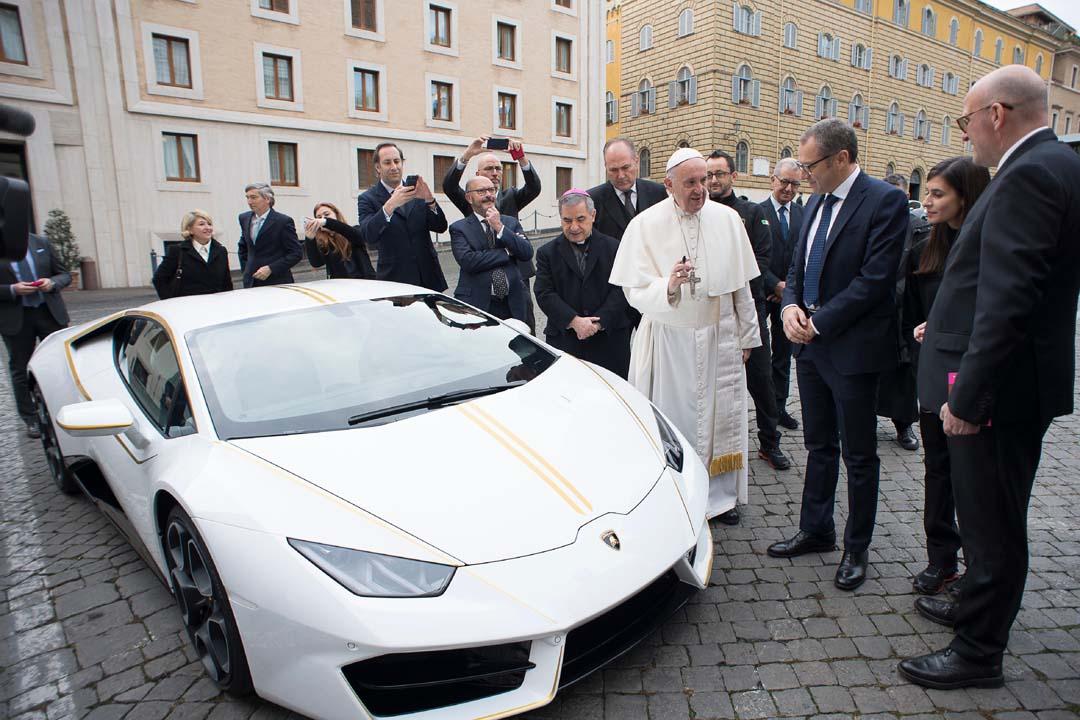 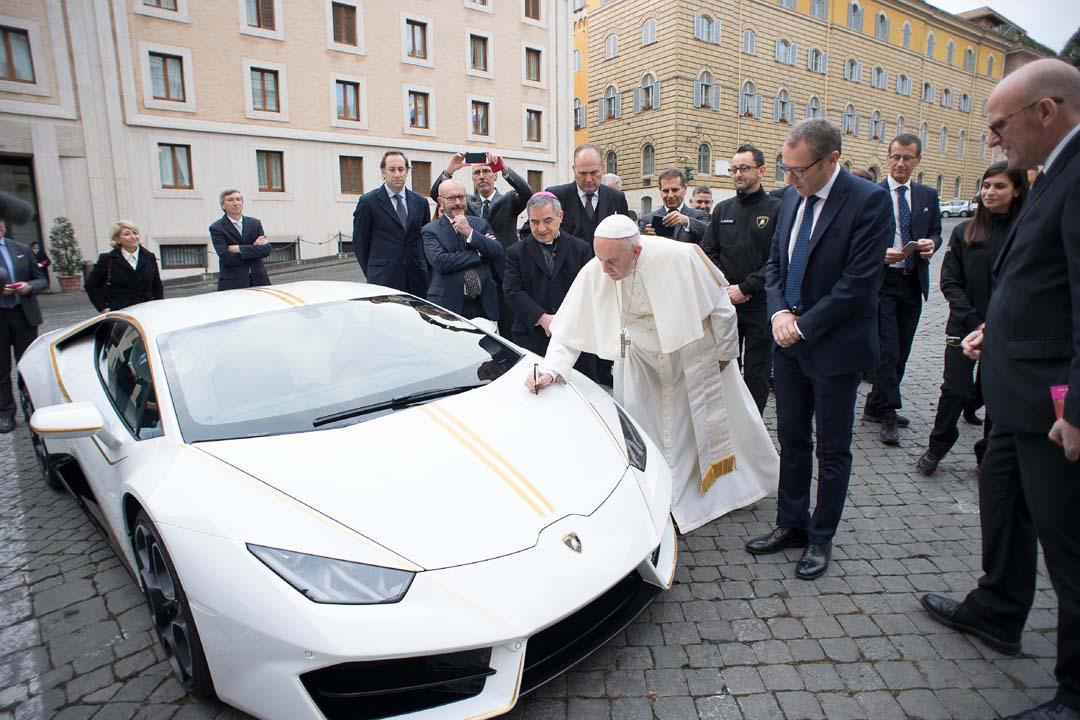 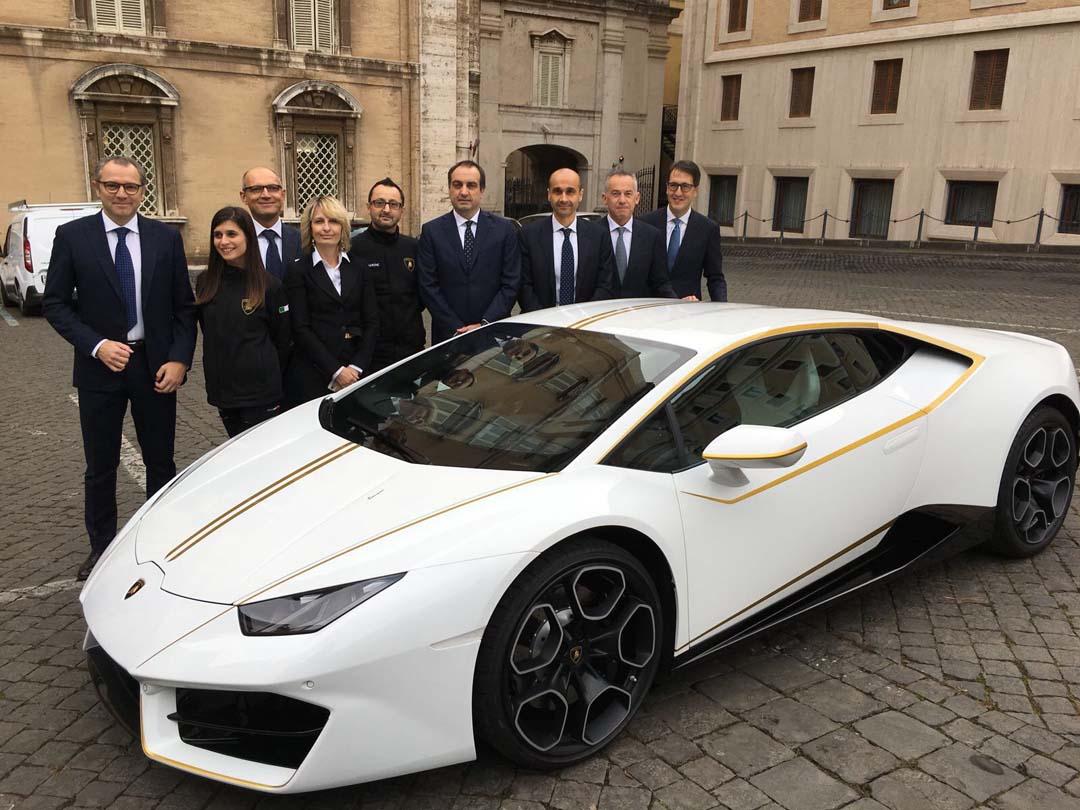 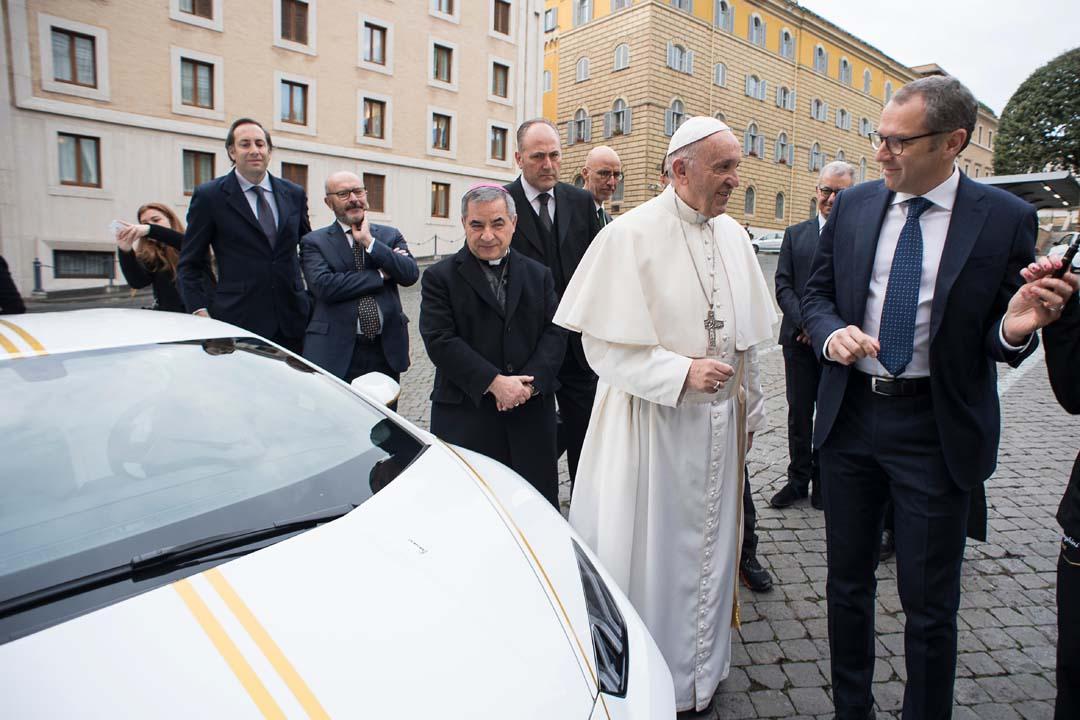