Lamborghini enjoys best sales ever in 2021

Sales up in all key regions and new records set for profitability and turnover.

Lamborghini enjoys best sales ever in 2021

Lamborghini has reported 2021 as its best year ever. According to a report released on 17 March, the Italian prestige carmaker set new records in terms of sales, turnover and profit margin last year.

At the same time, Automobili Lamborghini announced a 500,000 Euro donation to the UNHCR in support of Ukrainian refugees. 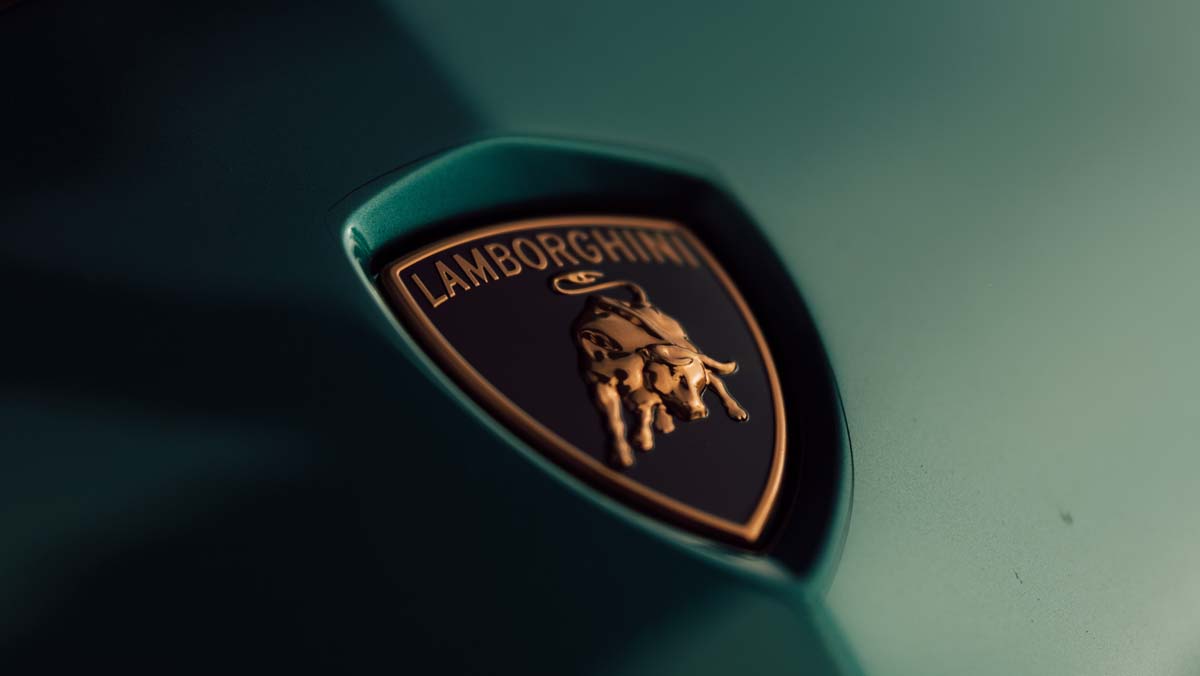 In what Lamborghini cited as proof of a solid and winning strategy, turnover in 2021 reached an all-time high of 1.95 billion Euros – a 19 per cent increase on 2020. Operating profit reached 20.2 per cent, another record and more than double what Lamborghini achieved in 2018. This result, according to Lamborghini, was due to efficient management and the launch of new models. 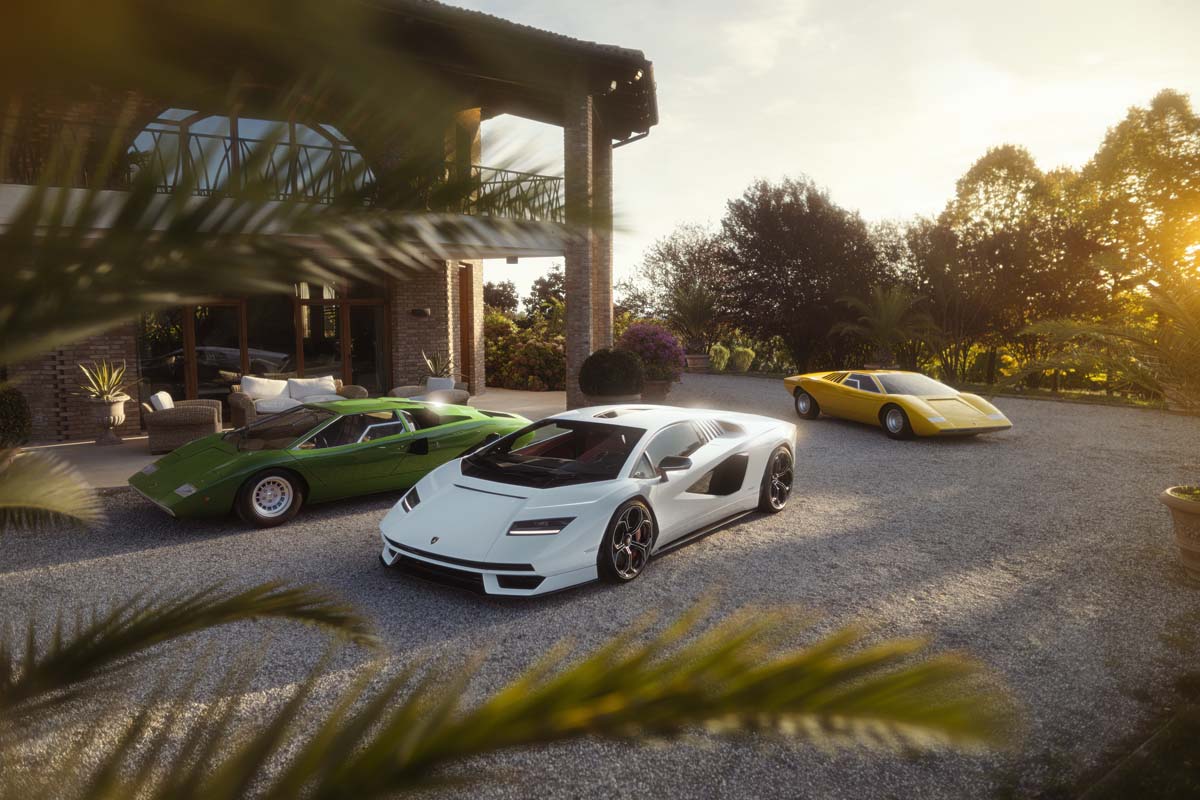 These increases translated to an operating income of 393 million Euros, which is a 49 per cent increase on 2020 and is the start of an ambitious strategic plan that will see 1.8 million Euros invested in the company over the next five years. A further goal is to increase profitability to between 22 and 25 per cent in the future. 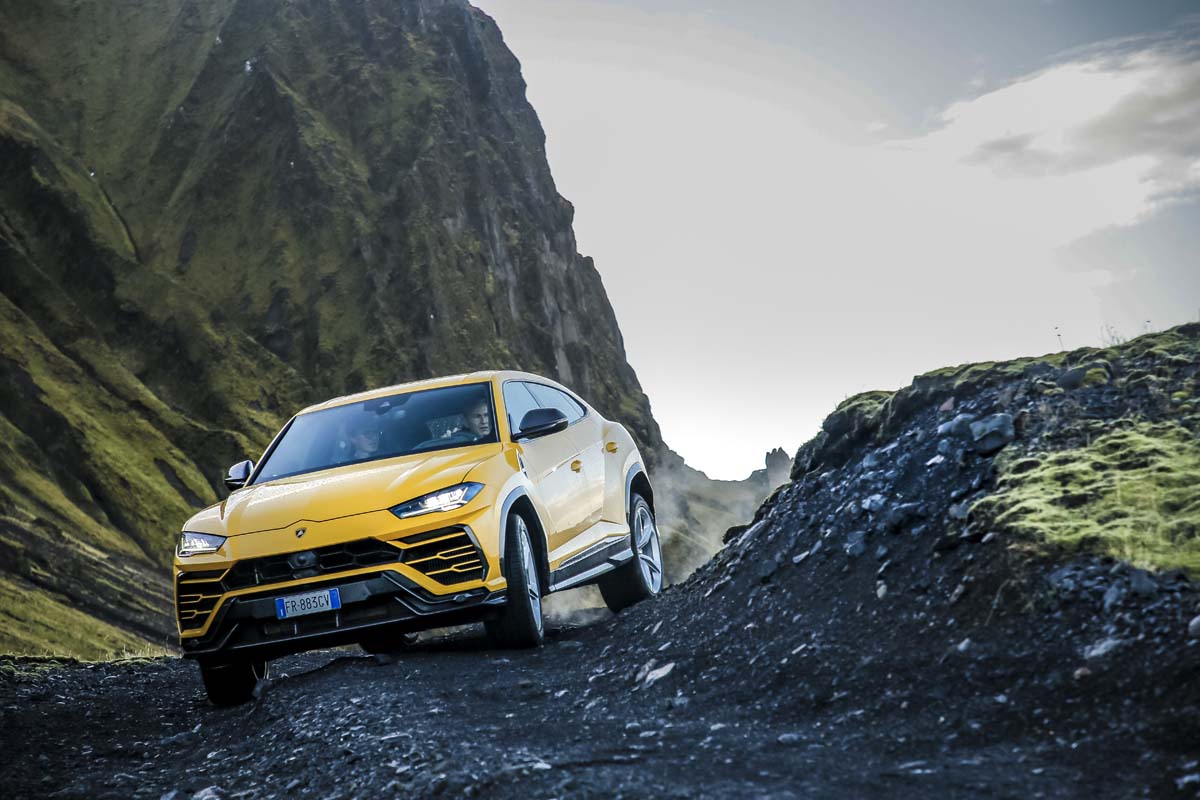 In terms of volume, EMEA accounted for 39 per cent of Lamborghini sales in 2021, with 34 per cent for the Americas and 27 per cent for Asia-Pacific. 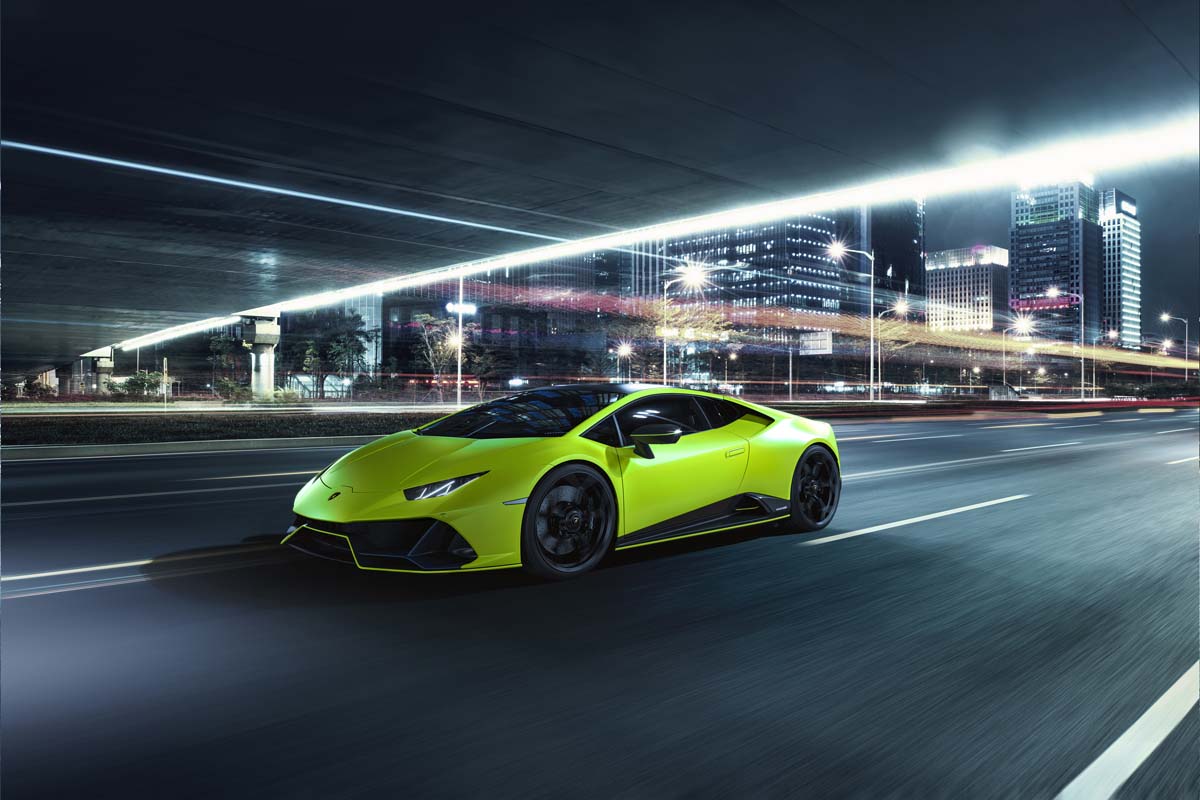 Breaking the numbers down further, the USA was Lamborghini’s best market last year, with 2,472 vehicles sold, followed by China (935), Germany (706) and the UK (564), while the “home market” of Italy accounted for 359 vehicles. All these were up on 2020 numbers, with Chinese sales increasing by an impressive 55 per cent. 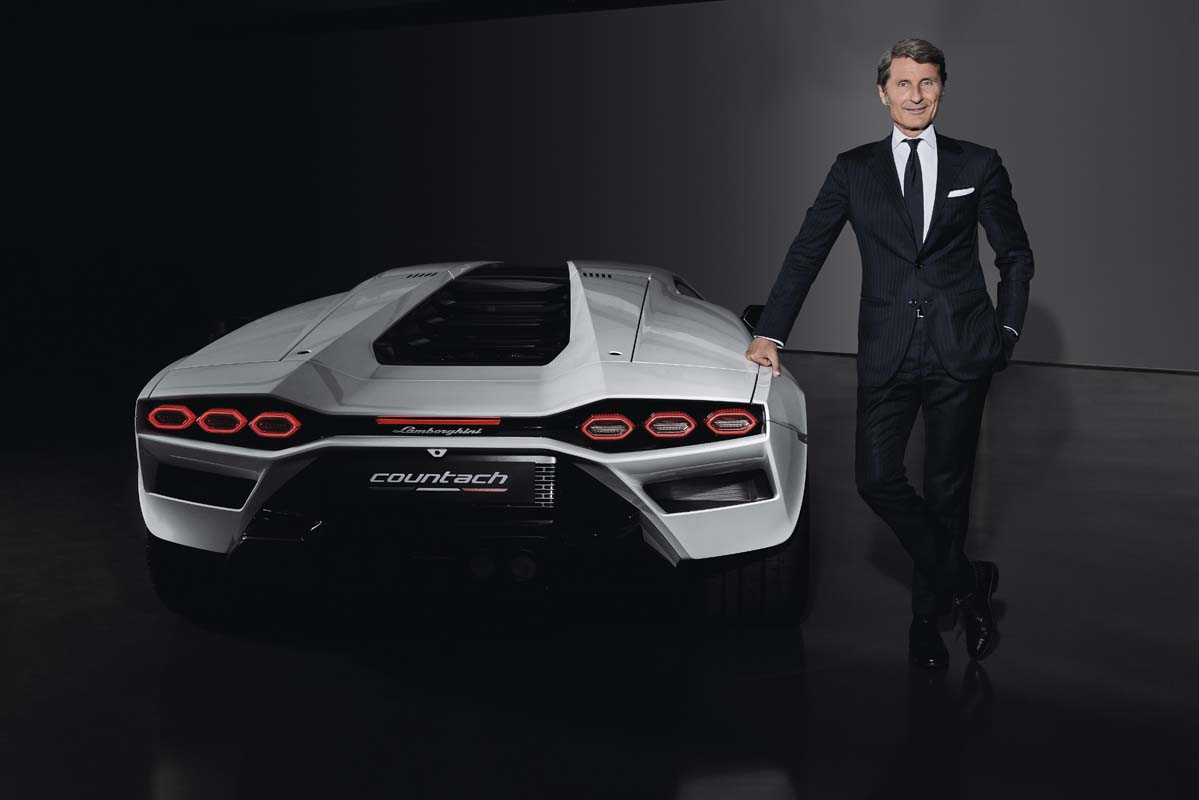 “Lamborghini has delivered excellent commercial and financial results, the best in its history, which give the company the necessary solidity to navigate a new period of uncertainty like the present one,” said Chairman and CEO, Stephan Winkleman.

Paolo Poma, Managing Director and CFO, added: “In recent years, we have demonstrated that we have the potential and the ability to work towards excellent financial results, even when facing an exogenous variable of enormous impact, such as the pandemic.’ 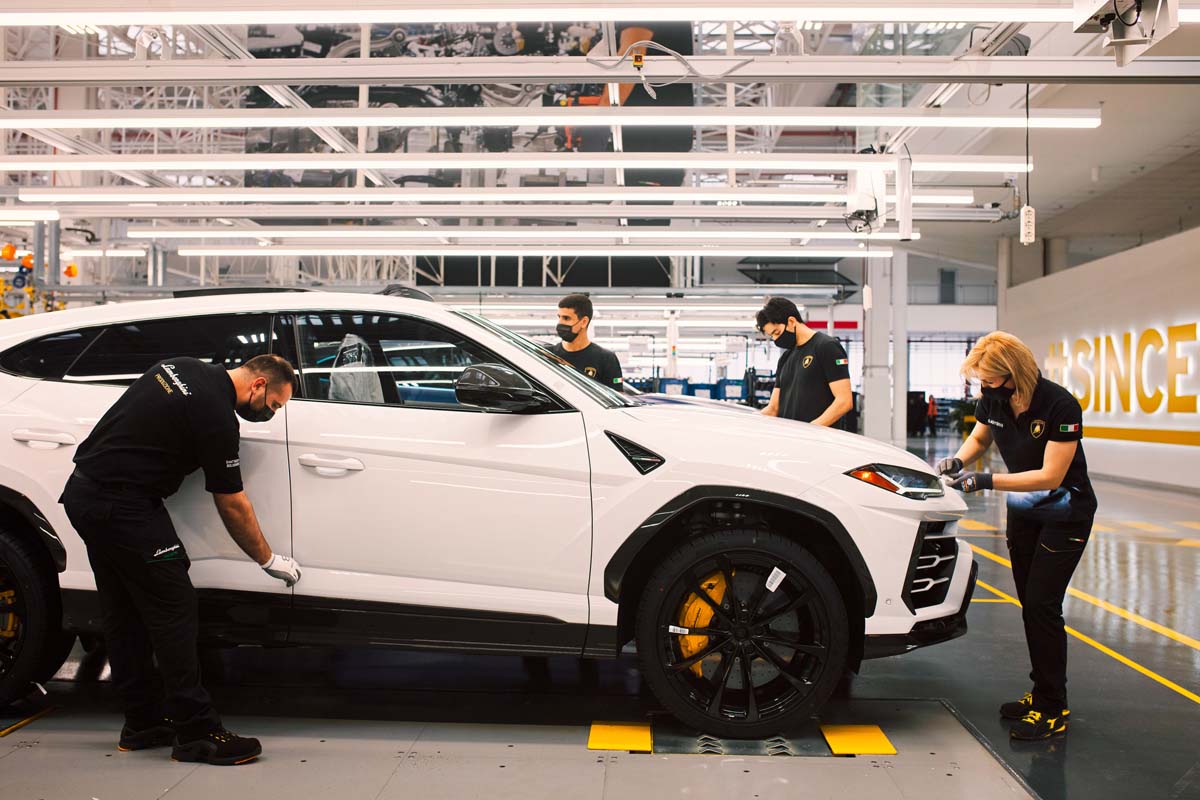 Referencing the war in Ukraine, Poma continued: “The current geopolitical situation requires constant monitoring of the impact on the global economy, but we will take all necessary measures to safeguard our strategy, based on development of the next generation of products and supported by a major investment plan that will guide our growth path.” 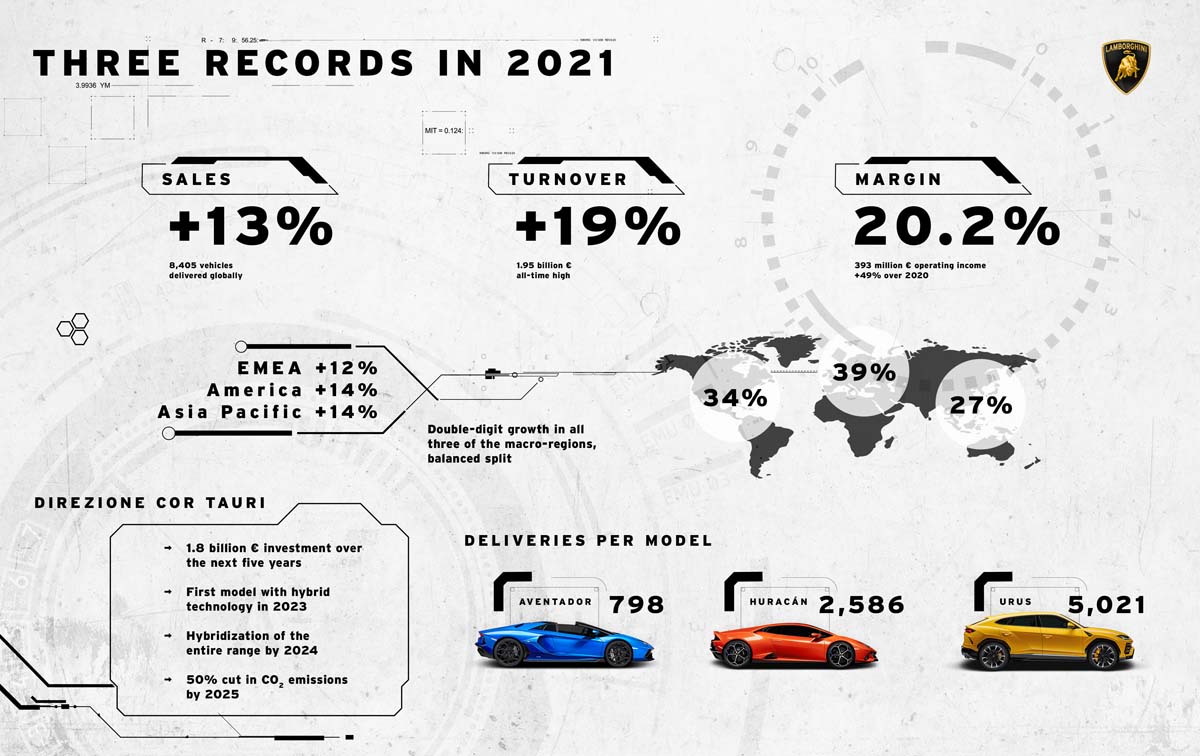 Lamborghini has already announced that 2022 will mark a year of transition for the company and specifically their vehicles. As part of the ‘Direzione Cor Tauri’ strategy (named after the brightest star in the Taurus constellation), the V12 will be phased out and the first hybrid models will be coming in 2023, followed by hybridization of the entire range by 2024, delivering an expected 50 per cent cut in CO2 emissions.

The final developments for Lamborghini’s non-hybrid internal combustion engines, applied to the Huracan and Urus, are set for release later this year, with the first hybrid, a new model replacing the Aventador, due in 2023.