German Request. The ‘Miura SVR’ was ordered in 1974 by German Lamborghini enthusiast Heinz Straber, who requested many of the mechanical and cosmetic features first seen on the one-off Miura P400 Jota. An experimental race car, the Jota had been developed by Lamborghini’s chief test driver Bob Wallace in 1970 for potential participation in FIA Appendix J racing, but Ferrucio Lamborghini was not supportive of taking his cars racing, so the project never got beyond the one prototype. 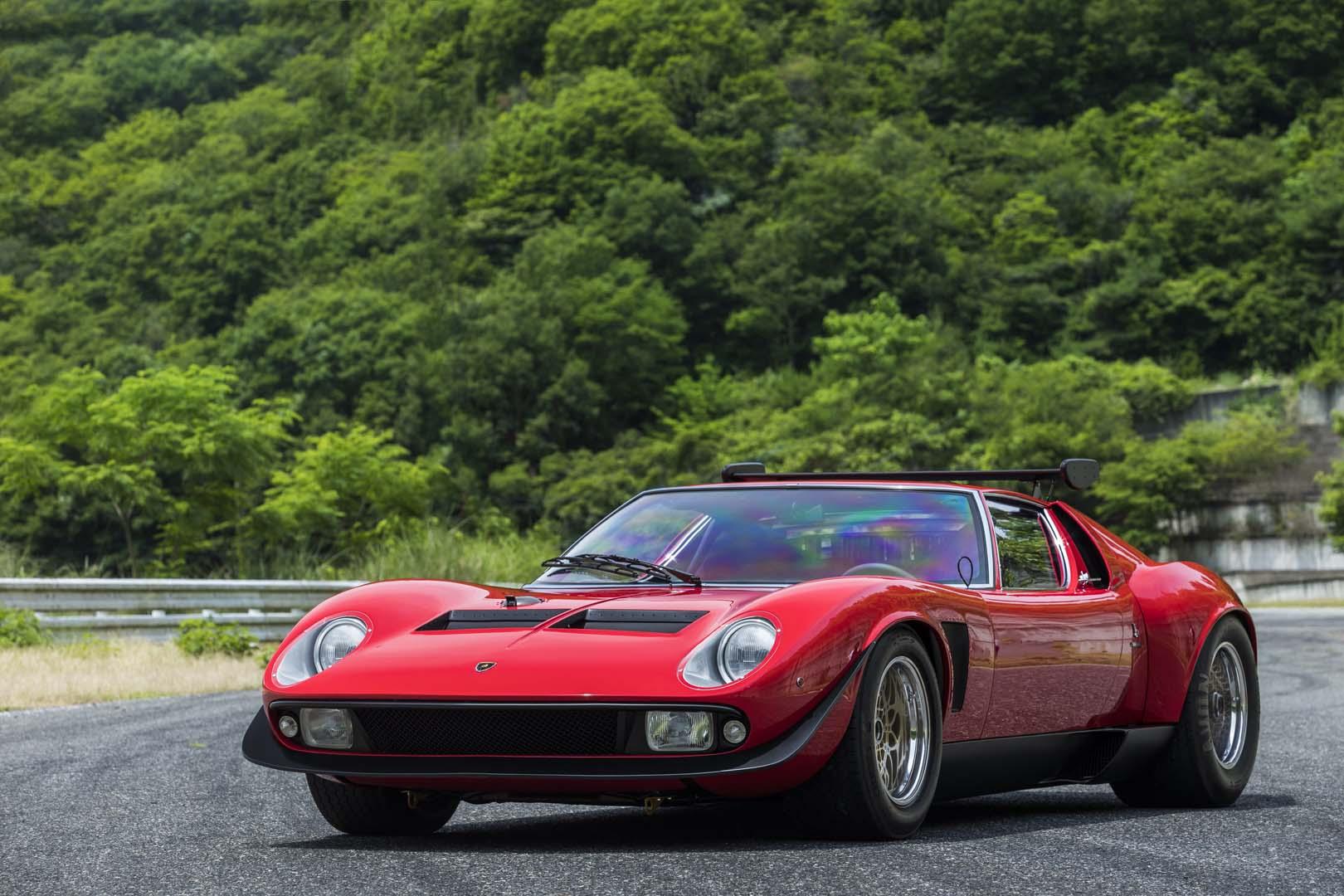 Sold by Lamborghini in 1972 and destroyed soon after, the Miura Jota had received enough attention and press coverage during its short existence to lead a small number of Miura owners to request Jota features on their own cars. A handful of ‘SV/J’ specification cars were produced to meet that demand, all based on existing Miura SVs. Each carried some elements of the Bob Wallace racer, like the widened body, additional air intakes and dry-sump lubrication, but only one true Miura SVR with the majority of the Jota’s features was ever built.

Identified by widened front and rear bodywork to cover the chunky BBS alloy wheels and tyres, as well as Porsche 917-specification Girling disc brakes, a front air dam, enclosed headlights and a rear wing that was, curiously, fixed to the roof immediately aft of the cabin rather than on the tail, the SVR was also lighter than a standard Miura and featured engine modifications to extract more power from the mid-mounted 4.0-litre V12 engine: even more than the 283kW/388Nm offered in SV form. 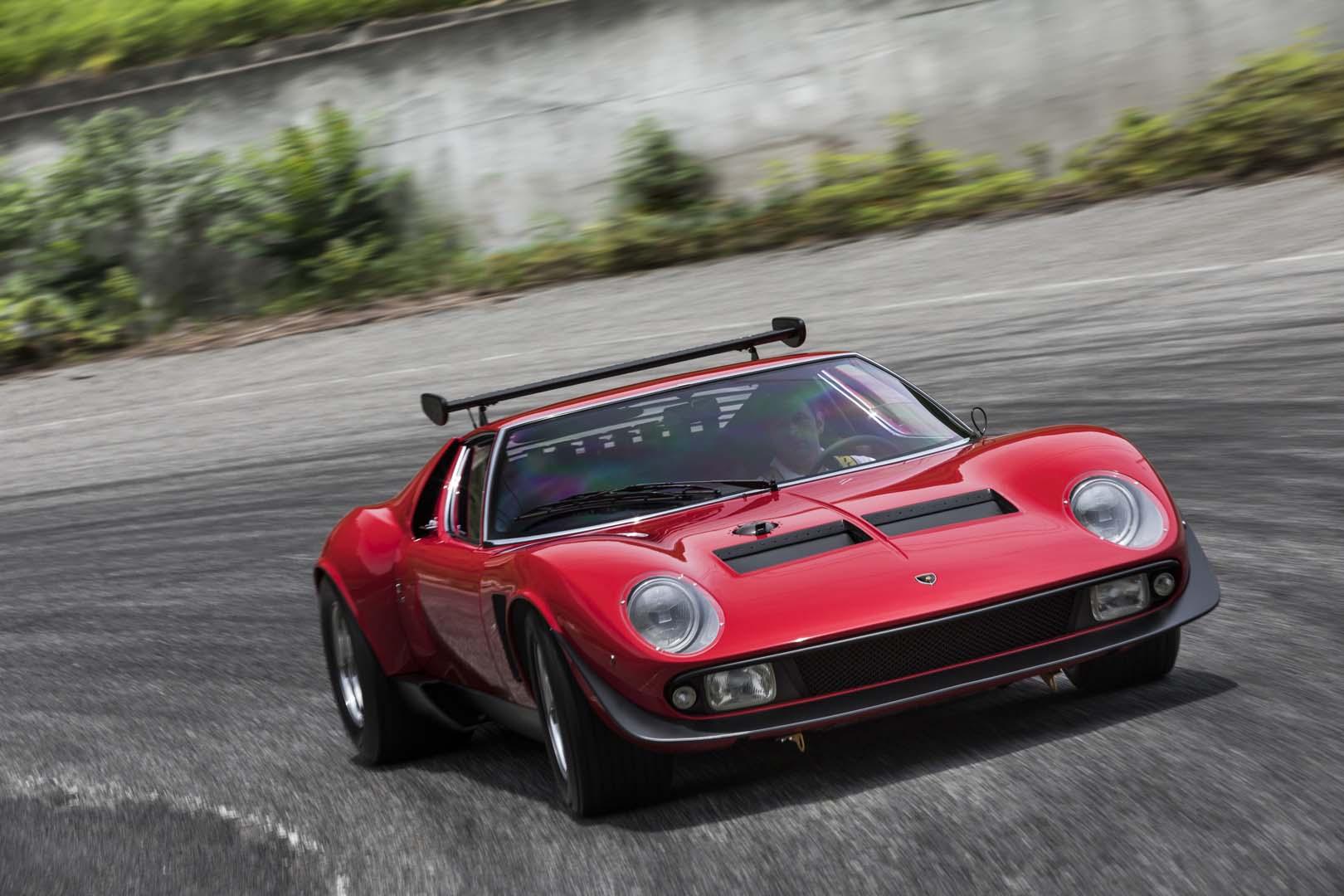 Big in Japan. Curiously, soon after taking delivery of his one-off Miura in 1976, Straber sold it to a Lamborghini aficionado in Japan, where it has resided ever since, leading to the car being much better known there than it is anywhere else. That notoriety is largely due to the fact the Miura SVR appeared in the manga series Circuit Wolf and was replicated in 1:18 scale form by Japanese diecast modelmaker, Kyosho. In November, 2016, Lamborghini Polo Storico, was tasked with restoring the now 40-year-old car for the current owner. 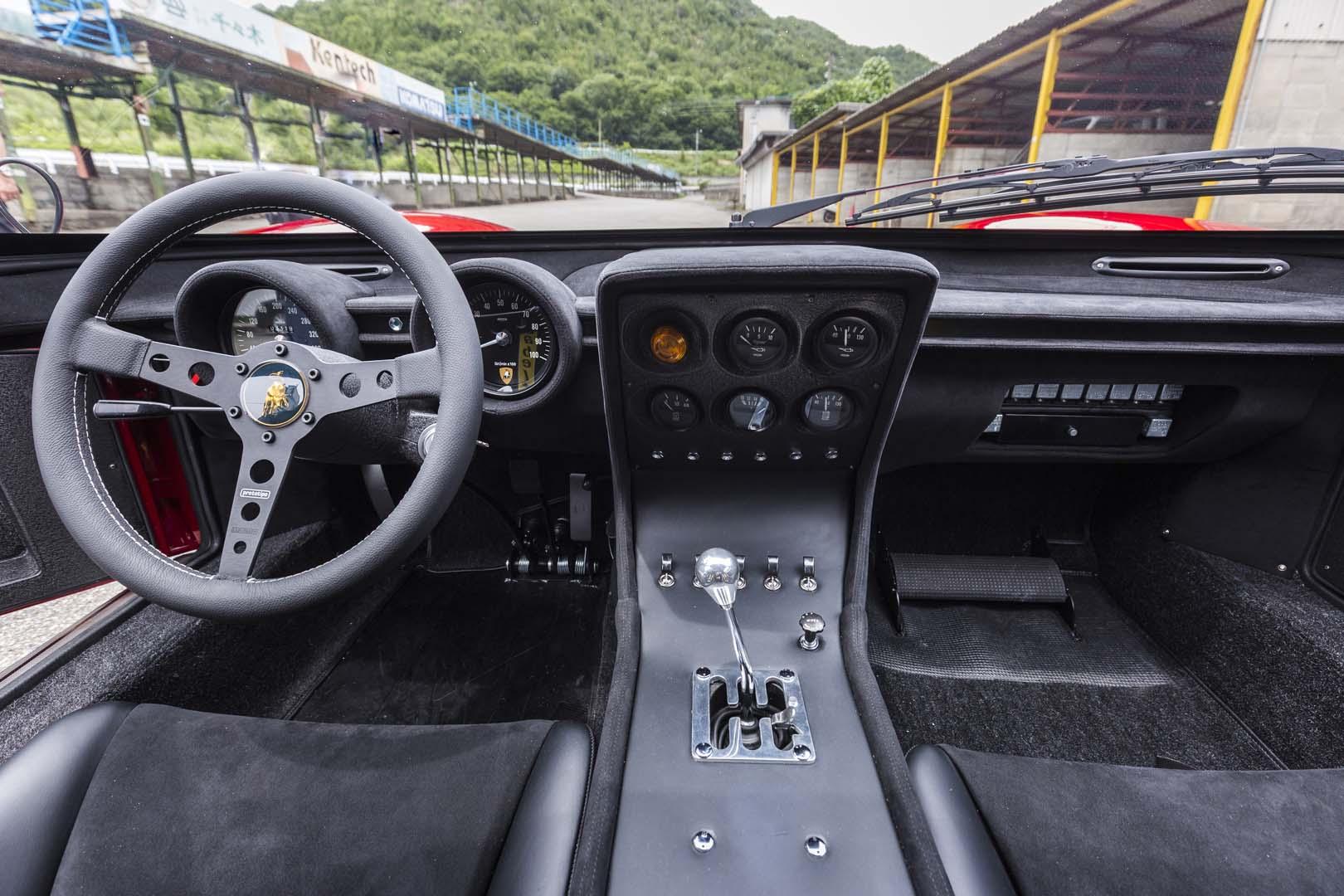 Big Job. In restoring the Miura SVR, Lamborghini Polo Storico was presented with some challenges, not least of which was the fact the car arrived at the heritage division’s workshops – in SantAgata Bolognese – in pieces! “The full restoration took 19 months and required a different approach to the way we normally work. The original production sheet wasn’t of much help, as we relied mostly on the specifications from the 1974 modifications,” said Paolo Gabrielli, director of Lamborghini Polo Storico.

“The challenge for the Polo Storico team was even more daunting as the car arrived in Sant’Agata in pieces, although the parts were all there, and with considerable modifications.” The restoration by Lamborghini Polo Storico was almost entirely authentic to the specifications Straber issued to Lamborghini in 1974, with the only exceptions being the inclusion of a removable roll bar, 4-point seat belts and more supportive seats at the request of the customer. 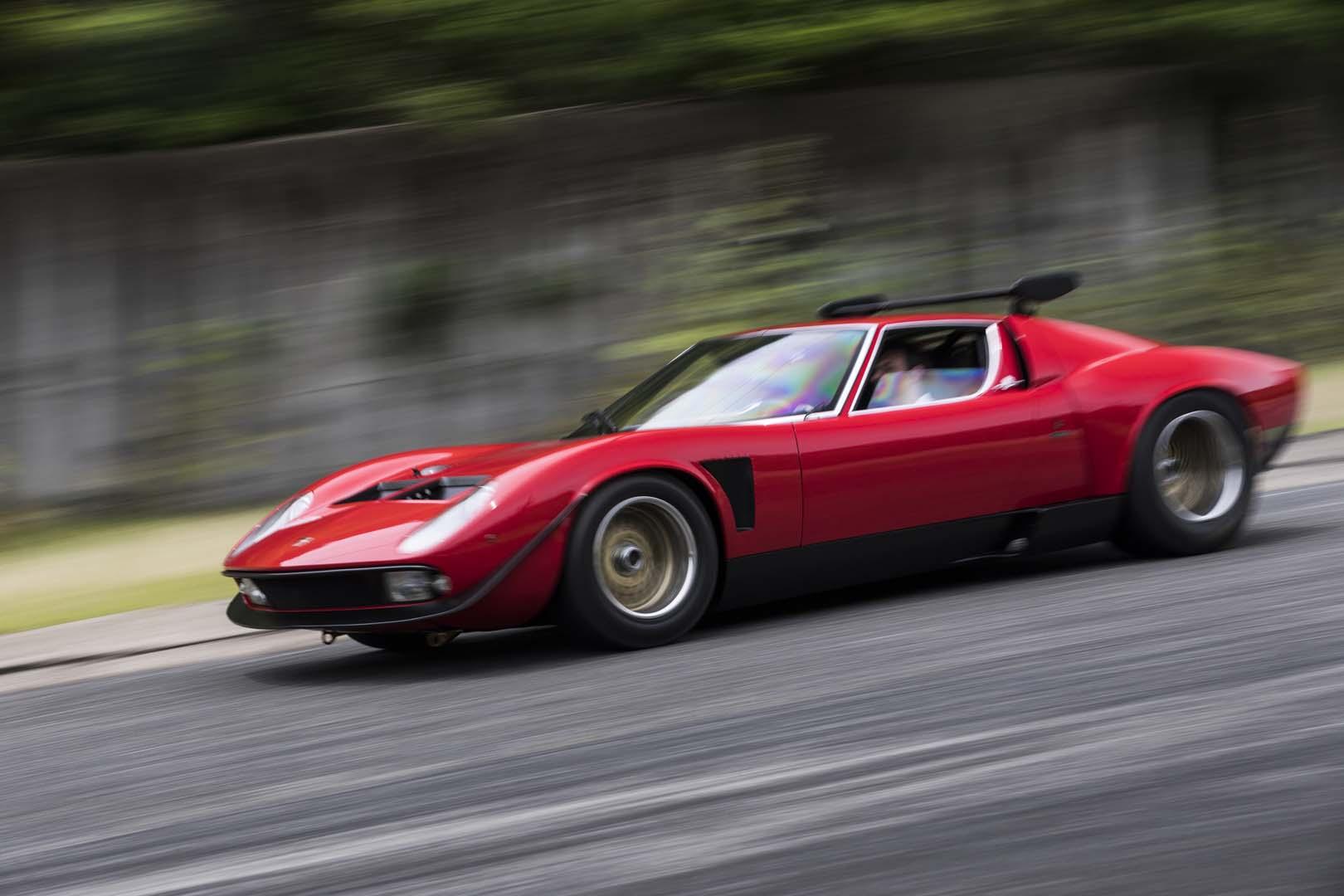 Track Future. This past June, the fully-restored Miura SVR made its debut at the Nakayama Circuit, located west of Osaka, and will presumably be used for demonstration events and enthusiastic parade laps in the future, given its updated safety specifications. 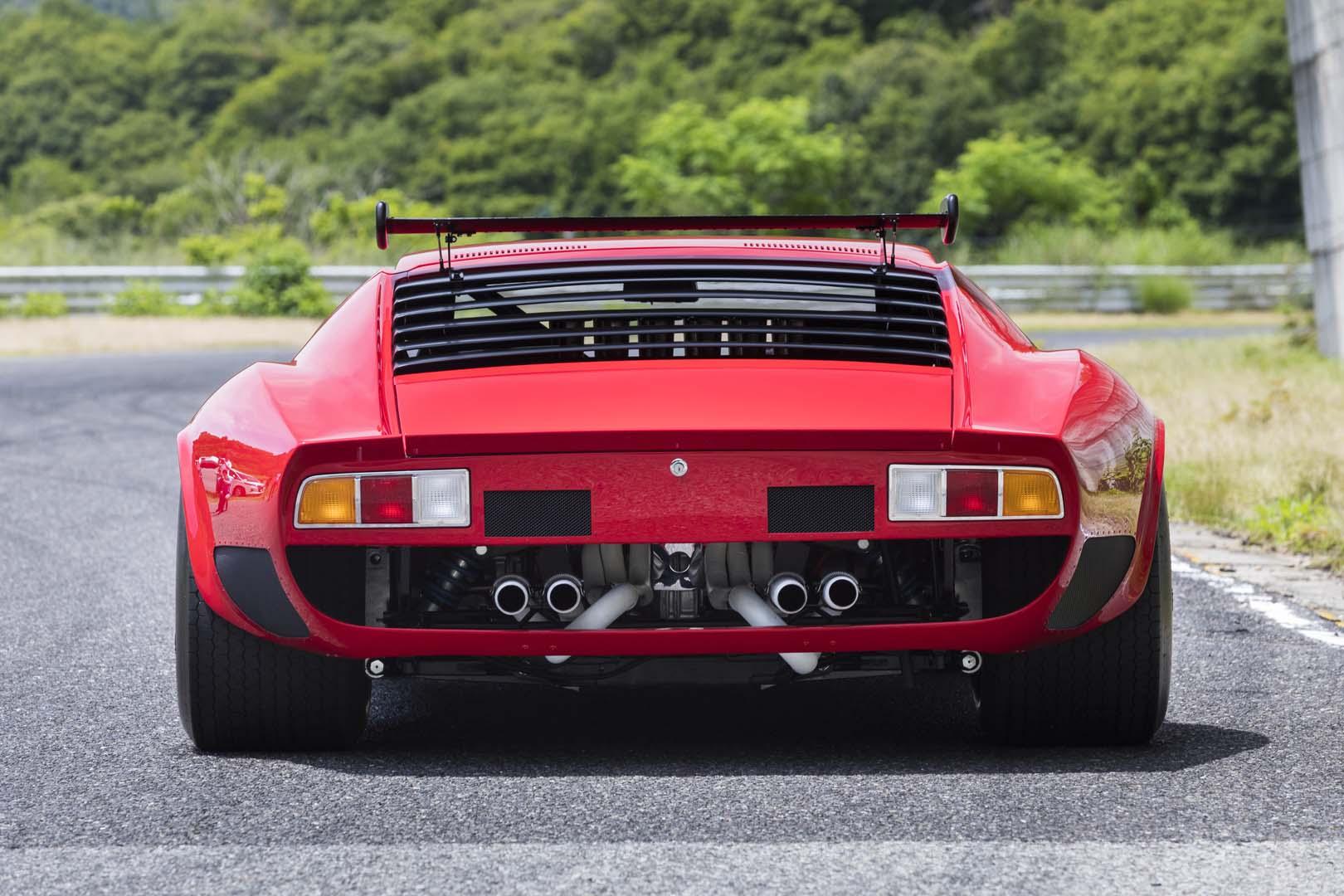