If you wanted to get one of the three, you're too late. Despite a listed price of three million Euros plus tax (around AU$3.83million), all three units have already been sold to customers.

Lamborghini says the Veneno design is "consistently focused on optimum aerodynamics and cornering stability," giving it "the real dynamic experience of a racing prototype," that is still fully homologated for the road.

The Veneno features a twelve-cylinder power unit with a displacement of 6.5 litres, that puts out a reported maximum output of 552 kW / 750 hp, and accelerates from 0 to 100 km/h in just 2.8 seconds. Top speed for this street-legal racing car stands at a reported 355 km/h.

Transmission is an extremely fast-shifting 7-speed ISR gearbox with 5 driving modes and permanent all-wheel drive, as well as a racing chassis with pushrod suspension and horizontal spring/damper units.

The complete Veneno chassis is produced as a CFRP monocoque, as is the outer skin. The inside, too, features innovative, Lamborghini-patented materials such as Forged Composite and CarbonSkin.

In keeping with the tradition of the brand, the name of the Veneno originates from a legendary fighting bull. 'Veneno' is the name of one of the strongest and most aggressive fighting bulls ever. He is also famous for being one of the fastest bulls in the history of bullfighting. His name became popular in 1914, when he fatally wounded the famous torero José Sánchez Rodríguez during the bullfight in the arena Sanlúcar de Barrameda's, Andalusia, Spain. 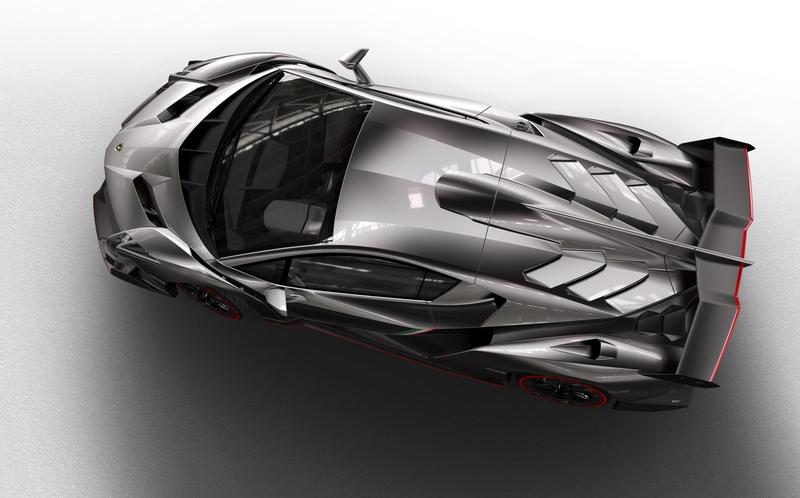 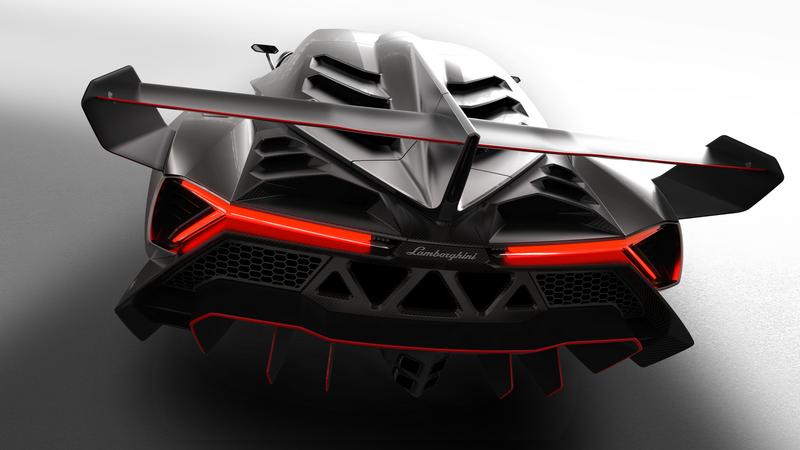 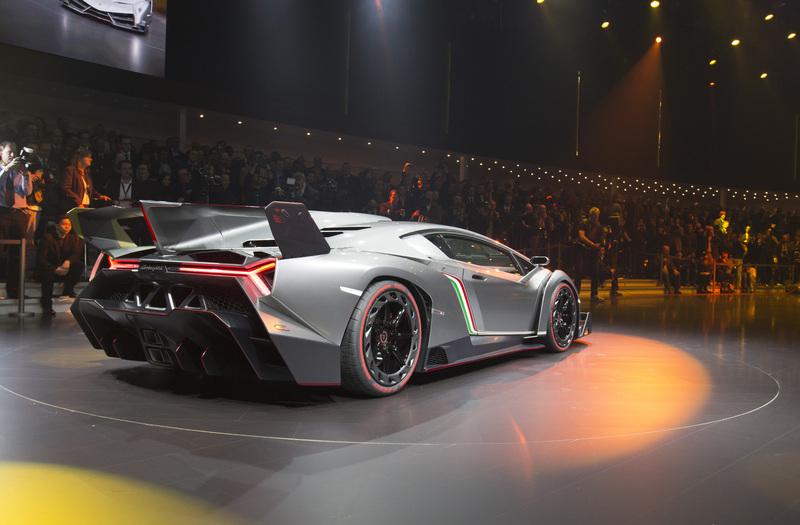 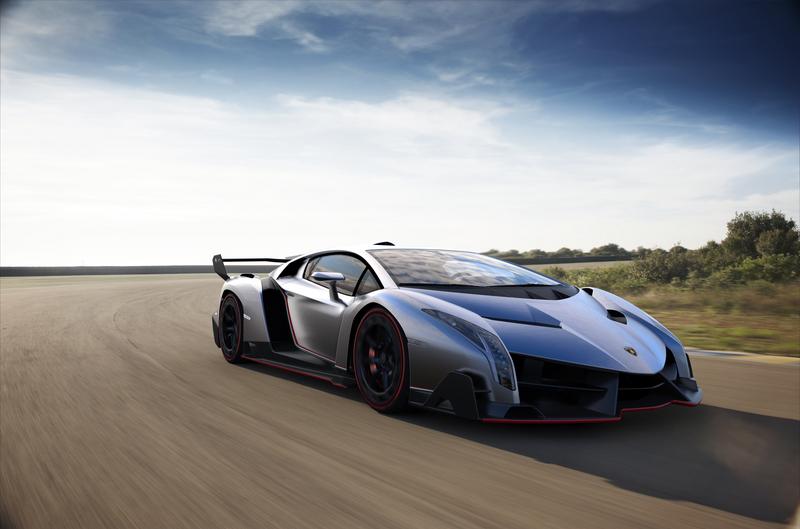 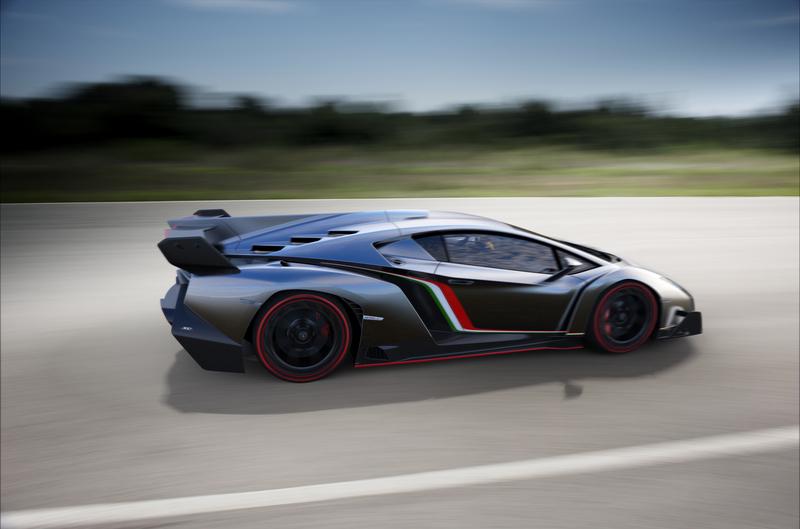 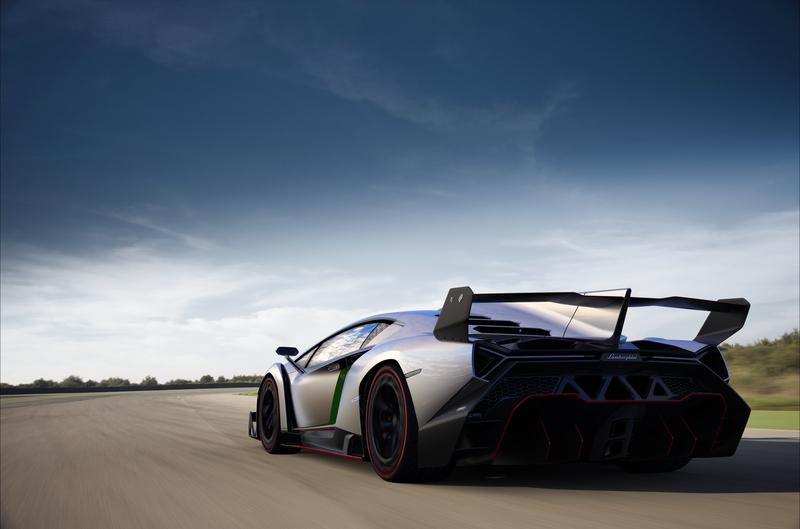 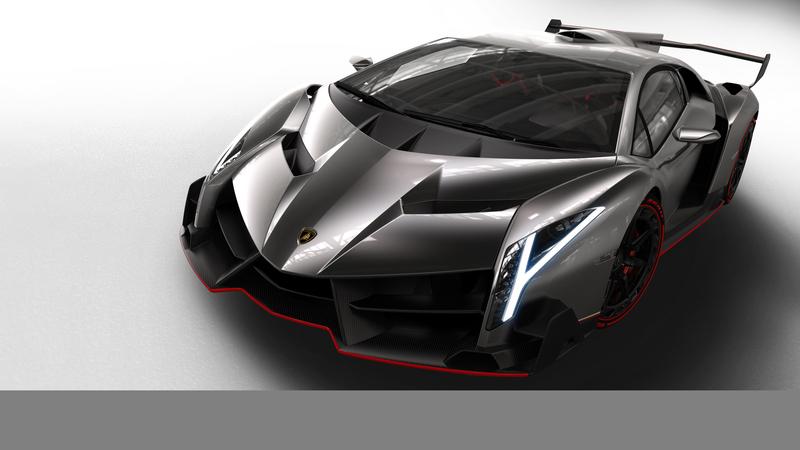 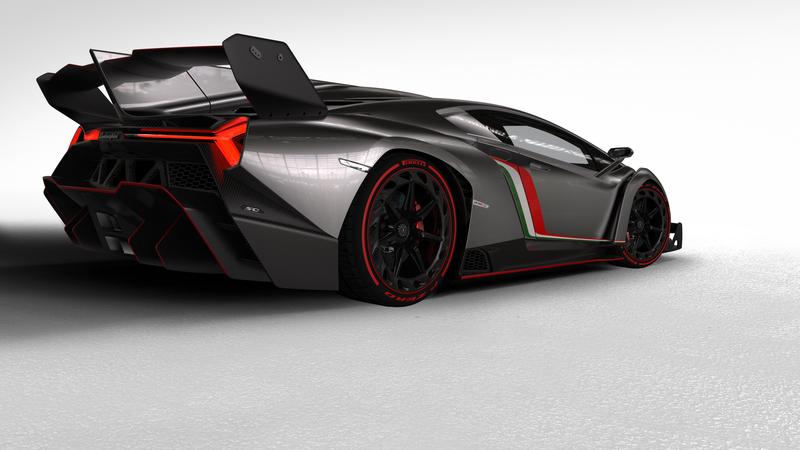