The Lamborghini Veneno Roadster was unveiled in the presence of His Excellency Giorgio Starace, Italian Ambassador to the UAE and the Admiral of High Seas Forces, Paolo Treu. Guests on board Nave Cavour enjoyed hospitality from chef Corrado Corti of Italy's famous Hotel Splendido in Portofino, who flew in especially for the occasion.

Singer and actress Elena Bonelli opened the event with the Italian national anthem; fashion designer Giada Curti offered a tableau vivant of her creations with ten top models. One of the happy few to sit in the Veneno Roadster was former captain of the national Italian soccer team and 2006 world champion Fabio Cannavaro.

"The Lamborghini Veneno Roadster is one of the world's most exclusive cars with the most extraordinary performance," said Stephan Winkelmann, President and CEO of Lamborghini, commenting at the event.

"We are honored that Lamborghini was chosen to represent the Italian car industry in the UAE, as a perfect example of iconic Italian super sports cars, and that we have the opportunity to show the Veneno Roadster for the first time in Abu Dhabi.

"Lamborghini has an extremely strong following in the region for its super sports cars, with the Middle East one of our largest markets in the world."

Limited to just nine units (yes, nine!) for 2014, the Lamborghini Veneno Roadster is a fully road legal, open top car, but has all the performance and aerodynamic efficiency of a racing prototype. Each Veneno Roadster built will be priced at 3.3 million euro excluding taxes (AU$4.67m, approx.).

The example atop the deck of the Nave Cavour in Abu Dhabi was finished in the specially developed colour 'Rosso Veneno', but each of the nine clients for the Roadster will be able to individualize the colour of their car to suit their personal preference.

In case you were wondering, the 'Cavour' takes its name from a principality in Italy's northwestern Piedmont region. ('Nave Cavour' translates roughly to 'The Cavour'). 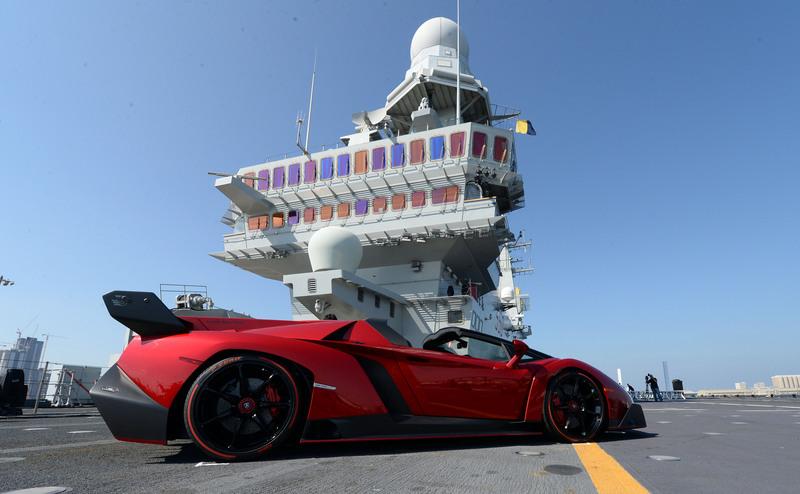 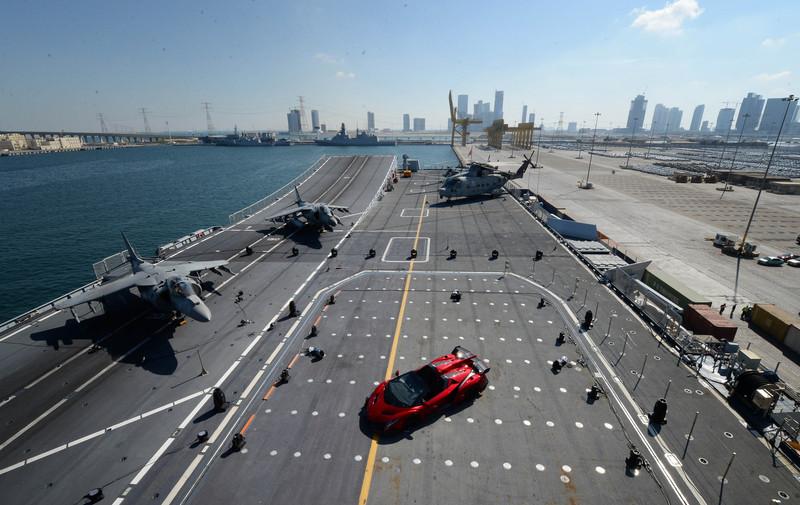 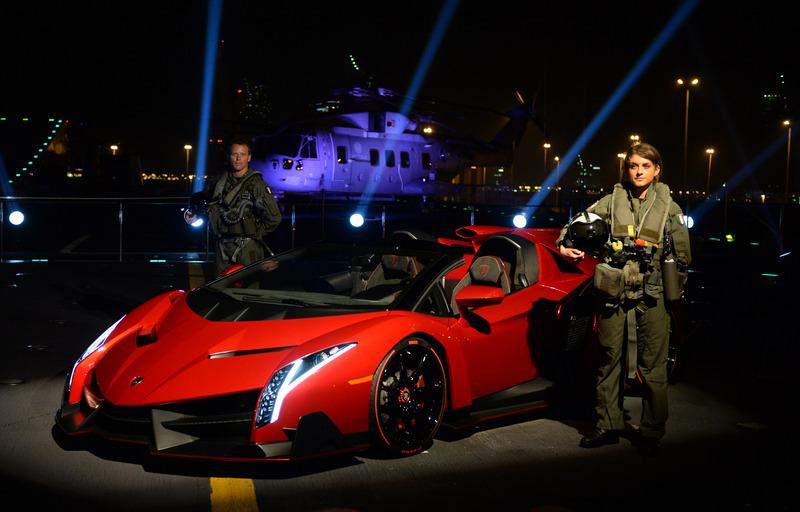