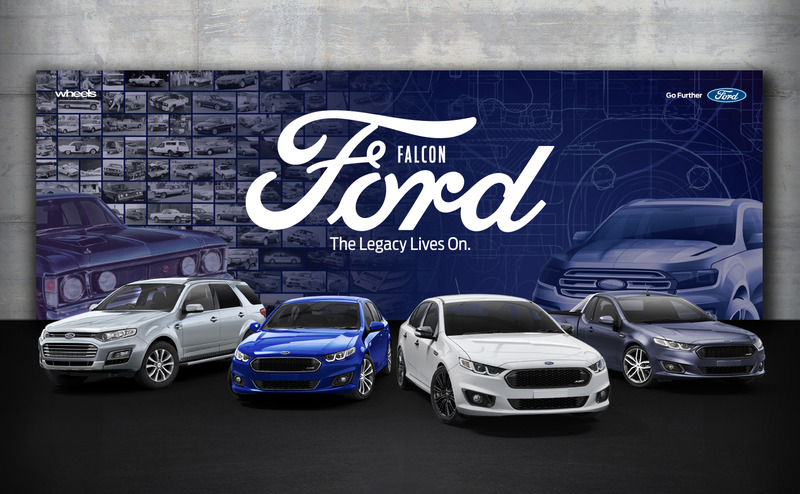 As part of the 'Final4' auction conducted by Manheim, the four Australian-made vehicles included the last publicly-available XR6 sedan, XR6 Sprint limited edition sedan, Ford Territory and XR6 turbo Falcon Ute.
Three of the last Falcons built at Ford's Broadmeadows factory have been auctioned through Manheim today, the trio selling for a combined total of $284,500.

As part of the 'Final4' auction conducted by Manheim, the four Australian-made vehicles included the last publicly-available XR6 sedan, the last XR6 Sprint limited edition sedan (#500 of 500), the last publicly-available Ford Territory SUV and the last publicly-available Australian-made Falcon ute - an XR6 Turbo.
All except the ute were offered as they rolled off the Broadmeadows assembly line before it closed for good on 7 October. The XR6 Turbo ute, which was built on or near the last Falcon ute production day of 29 July, had been registered by Ford Australia and covered 3,298kms as a press fleet vehicle before it was consigned for the Manheim Final4 auction.
In front of an enthusiastic crowd of bidders and invited guests in a special space at Avalon airport on the afternoon of 15 October, the four lots on offer found new buyers relatively quickly, with floor bidders competing against online bidders to secure a piece of Ford and Australian manufacturing history.
All buyers of the Final4 Fords received a Certificate of Authenticity signed by Ford Australia CEO Graeme Whickman, with all units bar the XR6 Sprint also carrying a plaque identifying them as the last publicly-available units of their type produced at Broadmeadows.
Here's how the auction, streamed live on Manheim Auctions' facebook page, went down.
Final4 - XR6 Turbo ute
-270kW/533Nm turbocharged 4.0-litre inline 6-cylinder engine
-6-speed manual transmission
-Sports suspension
-Performance brakes
-19-inch alloys
-Smoke (grey) paint
*registered to Ford Australia, utilised briefly as a demo/press fleet vehicle.
The first of the Final4 offered, bidding on the XR6 Turbo ute opened at $50,000 and ticked along steadily, first in $5,000 increments, then in smaller amounts. Bidding stalled at $73,000 and the ute almost sold at that price before a late bid raised the bar.
The same happened at $75,000, but small rises, sometimes of as little as $100, kept the tension building until the final call was reached at $81,000.
This price will see the new owner (and the first private owner) pay a premium of around $40,000 for what's essentially a used car. But as mentioned, it's also a piece of Australian motoring history.
Final4 - XR6 sedan
-195kW/391Nm 4.0-litre inline 6-cylinder engine
-6-speed automatic transmission
-Sports suspension
-18-inch alloys
-Kinetic (blue) paint
Following the Territory (which sold for $68,500), Manheim's auctioneer, Matt Elder, invited the assembled crowd to nominate which of the two remaining vehicles should be auctioned last. They chose the Sprint, which left the XR6 sedan as the penultimate offering.
Like the XR6 Turbo ute, bidding on the XR6 sedan started at $50,000 after a failed call to start at $100,000.
Bidding progressed quickly to $65,000 before the increments became smaller.
Stalling briefly at $75,500, the bidding picked up again before reaching $80,500. It seemed that the XR6 had found the buyer's limit there, but a few late bids pushed the price up to $81,500 when the hammer finally fell.
Final4 - XR6 Sprint
-#500 of 500 built
-325kW/576Nm turbocharged 4.0-litre 6-cylinder engine
-Sprint-calibrated 6-speed automatic transmission
-Brembo brakes (6-piston front, 4-piston rear)
-Carbon fibre air intake and satin black engine cover
-Sprint suspension
-Partial leather interior trim
-Winter White paint
Perhaps the most keenly-anticipated vehicle of the four, the Sprint is already a collector's item, so this one, the last of the 500 turbocharged 6-cylinder versions built at Broadmeadows for Australia (there were also 750 supercharged V8-engined XR8 Sprints built for the Australian market) and the last lot offered at the Final4, was expected to be the top seller.
Calls to start the bidding at $100,000 again went unheeded, starting instead at $80,000.
From there, bids from floor and online bidders saw the Sprint reach $105,000 quickly before the increases became smaller and the gamesmanship amongst bidders got more intense.
Bidding continued to increase in small amounts before the final figure of $122,000 was achieved - that's an increase of $67,010 over the list price ($54,990) of the XR6 Sprint when it was announced back in February and a little over double its driveaway price.
The combined total from all four vehicles sold today was $353,000. Proceeds from the last publicly-available Territory, XR6 Turbo ute and XR6 sedan (less taxes) will be split between schools in Broadmeadows and Geelong to fund a number of initiatives, specifically Student Robotics Programs.
Proceeds from the sale of the #500 XR6 Sprint (less taxes) will go to the Give Where You Live Foundation, a longstanding charity partner of Ford in Geelong.
Given the significance of all the vehicles consigned for the Final4, expect the new owners to keep them securely locked away for many years to come.
The very last Falcon sedan, Falcon ute and Territory built at Broadmeadows (on 7 October, 29 July and 7 October, respectively) will be retained by Ford for the Heritage Collection and will not be offered for sale. Those final three vehicles have a voided section of their compliance plate, which means that cannot be registered for road use in Australia.
Further details on the Final4 auction can be found at:fordfinal4.com.au
For more details on Manheim's auction services, go to:manheim.com.au 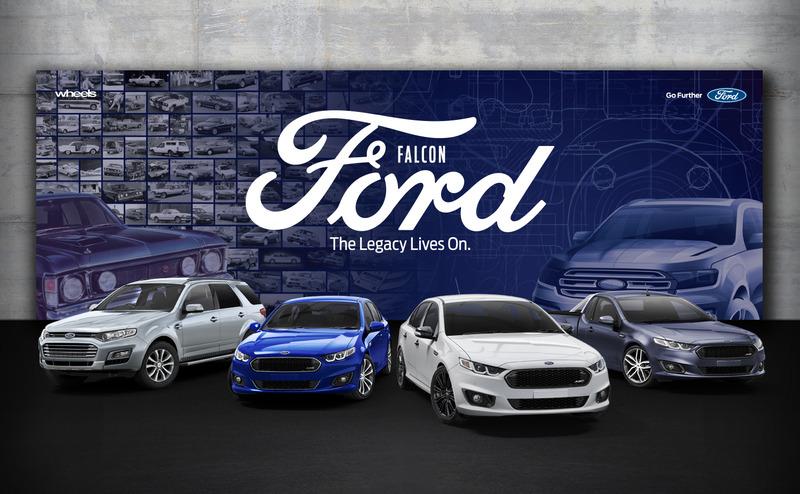 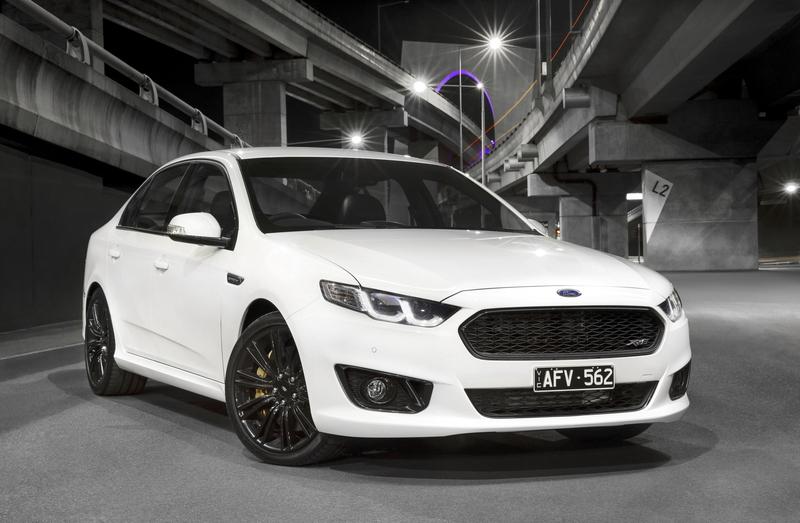 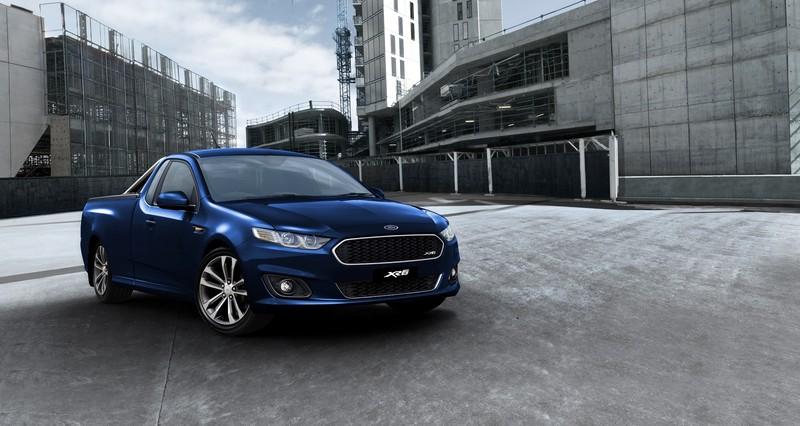 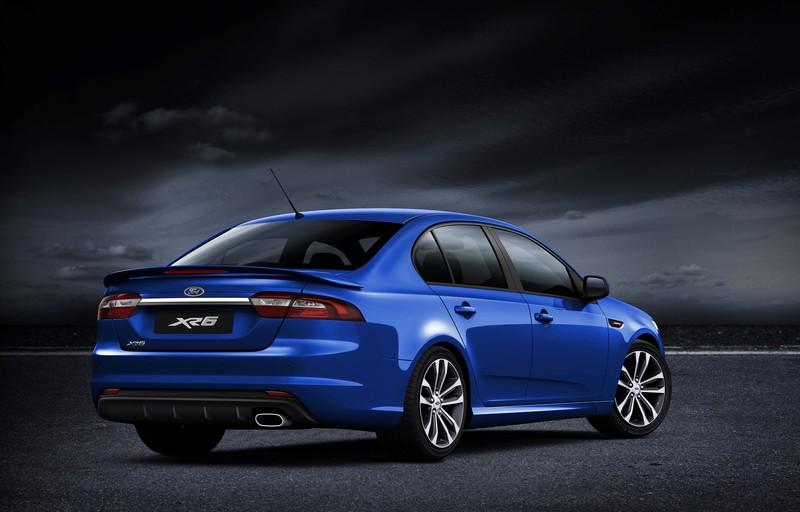