"It is a great honour for our sport and the event to have its 50th year of Endurance Racing marked in time by this rare collection from Australia Post," said David Malone, CEO of V8 Supercars Australia.

"The Supercheap Auto Bathurst 1000 is not only one of this country's most iconic events, it is one of the most famous motorsport spectacles worldwide."

A renowned sporting venue and home to the annual touring car enduro since 1963, the Mount Panorama Motor Racing Circuit attracts sporting fans from everywhere and is ranked among the great race tracks of the world.

Given his nine Bathurst titles, more than any other driver, Peter Brock was a natural choice for one of the stamps, but the selection of current stars Russell Ingall and Will Davison, is a little more unusual, and will no doubt create debate among fans as to who's more worthy of being immortalised on a stamp.

The stamps were designed by Melbourne-based Sean Pethick from design firm XSD, and based on photographs by Mark Horsburgh (Davison's Ford and Ingall's Holden) and Paul Cross (Brock's Torana).

There will also be available a special souvenir pack comprising two sheetlets of 20 x 60c stamps and one sheetlet of 10 x 60c stamps featuring the 60c Mount Panorama Motor Racing Circuit stamp. All winners of the Bathurst race are featured in the tab of each stamp including this year's winner. This highly collectable pack will be available after the Supercheap Auto Bathurst 1000 race is held.

The stamps and associated products are available from participating Australia Post retail outlets, via mail order on 1800 331 794 and online at auspost.com.au/stamps from 2 October 2012 while stocks last. 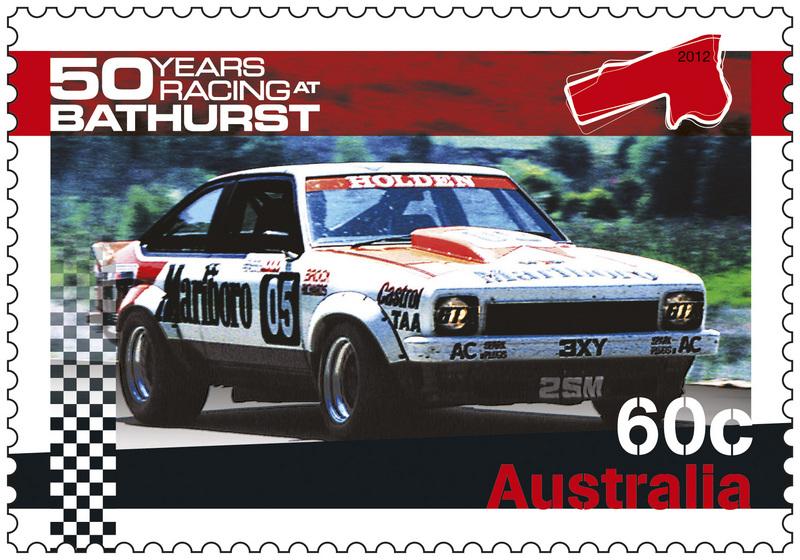 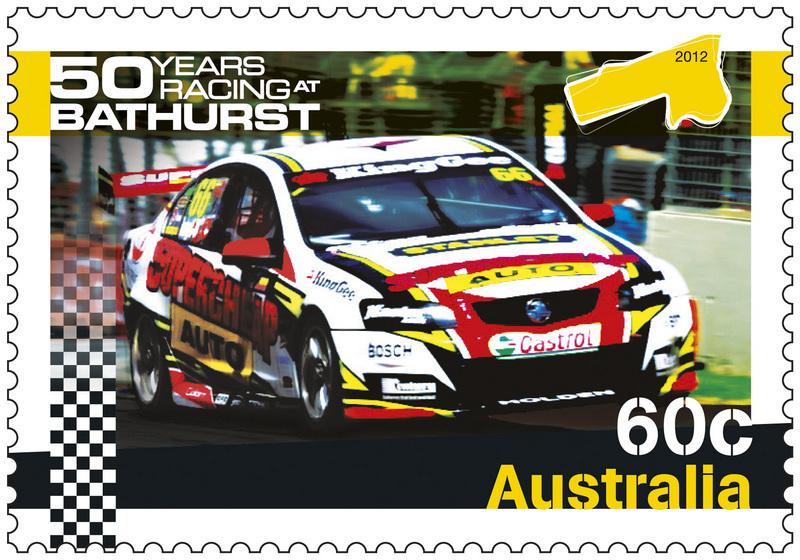 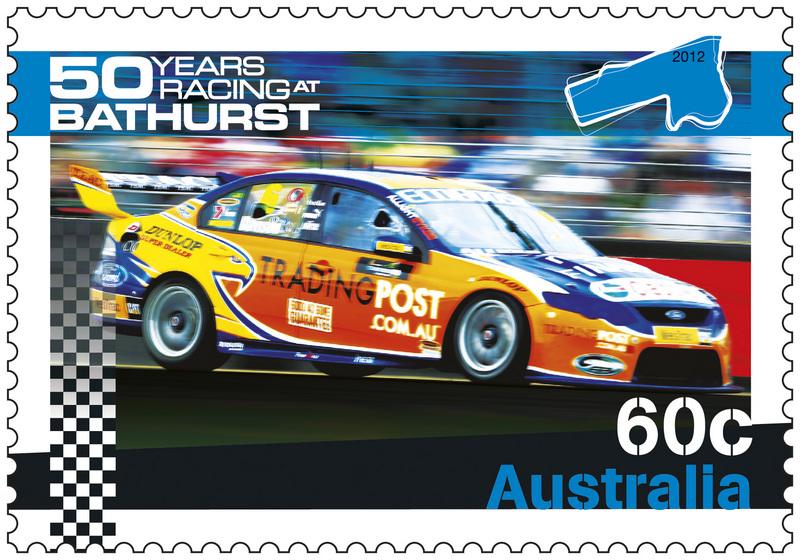 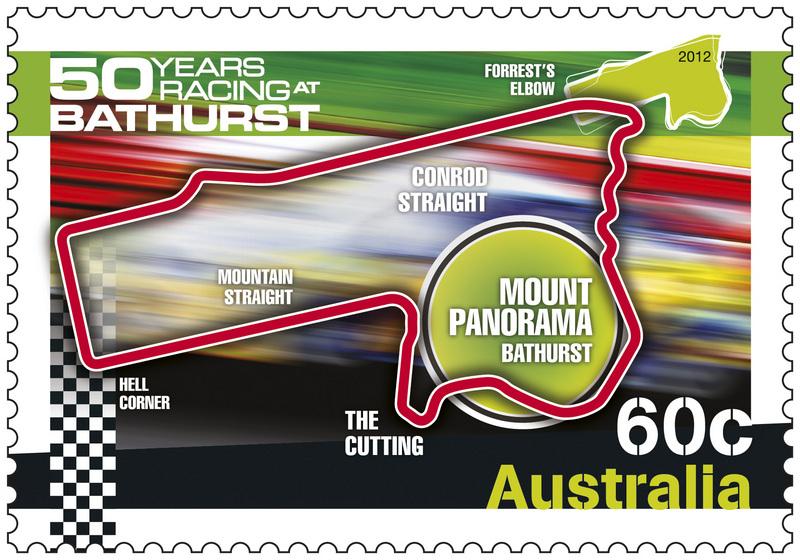