The final units of Lotus’s Elise, Exige and Evora were completed just before Christmas, with the ‘last of the line’ for each model gathered for a group photo with Lotus personnel involved in their design, engineering, assembly and sales. 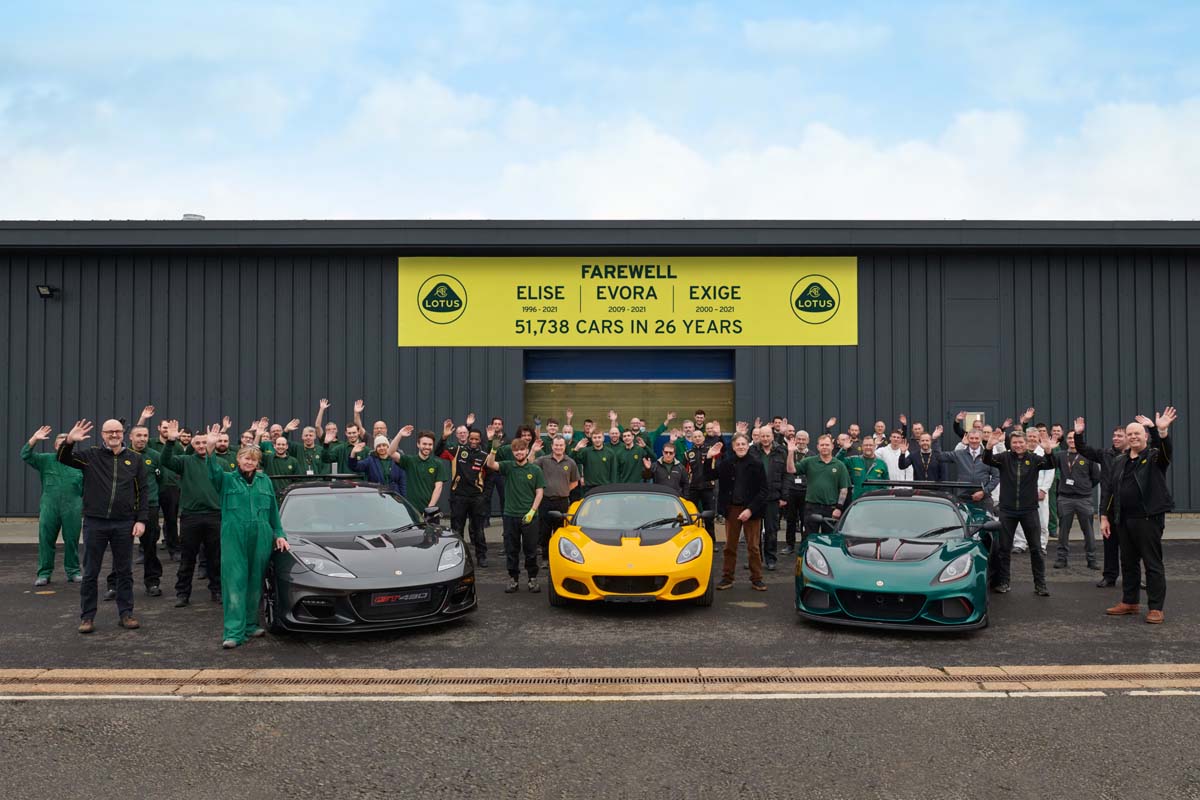 The completion of the final cars on 22 December ends a combined production run lasting 26 years and totalling 51,738 units – this accounts for almost half of Lotus’s total road car production since the company was founded.

In addition to their own product, Lotus also assembled over 9,700 other vehicles for third party clients on the same assembly lines at Hethel.

The last Elise, Exige and Evora will be retained by Lotus for their heritage collection.

Matt Windle, Managing Director, Lotus Cars, said: “First of all, I would like to thank the Lotus team who have worked on the Elise, Exige and Evora over the years and who are now transferring to Emira and Evija manufacturing.

“I would also like to convey enormous gratitude to all the customers of the Elise, Exige and Evora over the last 26 years for their passion, enthusiasm and support. These customers have given our ‘three Es’ true cult status – usually reserved for long-out-of-production classics.” 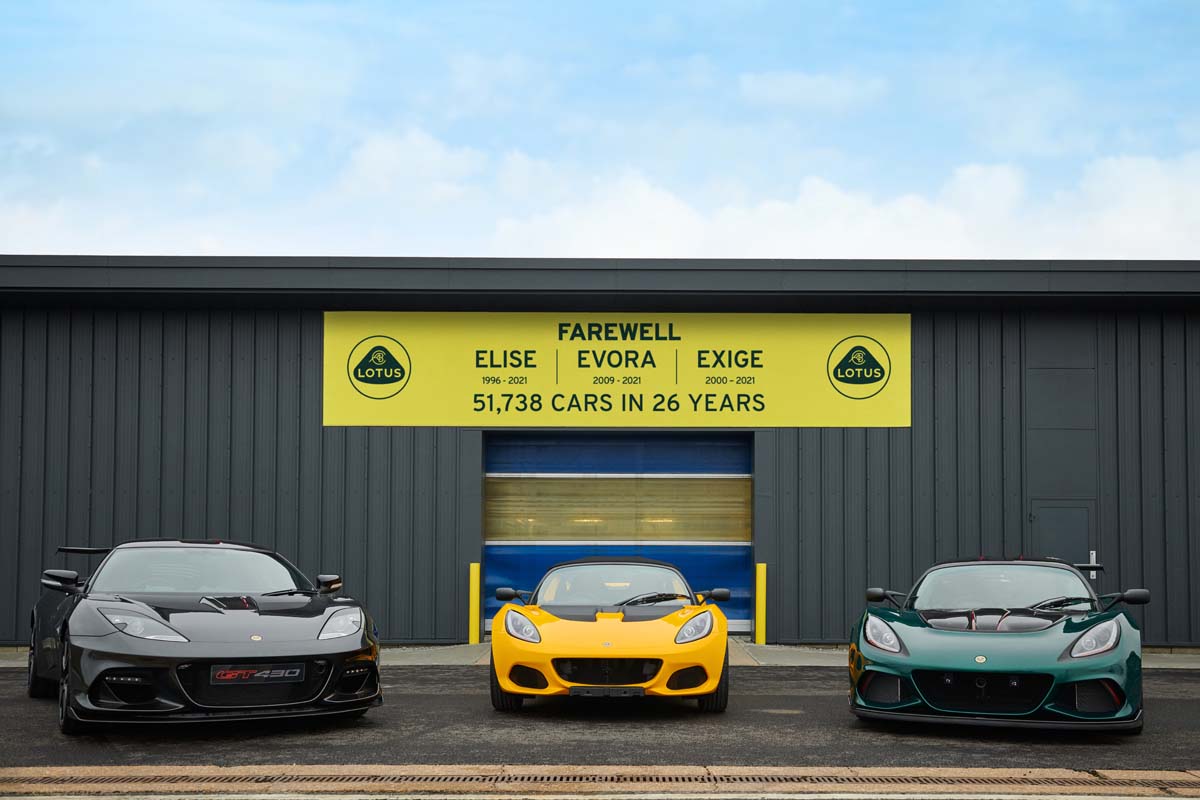 With the discontinuation of the Elise, Exige and Evora, the assembly lines for these models are now being dismantled to make way for new state-of-the-art facilities to suit production of the all-new Emira V6 sportscar and the Evija hypercar, both of which get underway this year

“We look forward to the Emira and Evija in the all-new factories at Hethel and sub-assembly facilities in Norwich, which introduce greater efficiencies and automation, higher quality and flexibility and the hugely exciting next chapter in our Vision80 strategy,” Windle adds.

The Emira will be the last purely petrol-engined Lotus, with the EV charge to be led by the Evija. Lotus’s first SUV, currently in development and known as the ‘Type 132’ for now, will also be electric.