Lowndes to retire from Supercars

As this issue was about to go to press, Craig Lowndes announced that he would be retiring from the Supercars series at the end of this year’s season after more than 20 years in the sport.

Lowndes to retire from Supercars

The 44-year-old had been contracted to triple Eight (under Autobarn Lowndes Racing) for 2019, but recent discussions with team boss Roland Dane led to what’s reported as a mutual decision to wind up his full-time driving career a year early. Lowndes will stay with Triple Eight for at least the 2019 season, co-driving in the enduros and also serving an ambassadorial role with the team; mixing these jobs with a commentary role.

Lowndes first raced touring cars in 1994, as a fill-in for Rickard Rydell at HRT, and made his Bathurt debut that same year. A full-time drive came in 1996, starting a career in supercars that was only broken by an attempt at international Formula 3000 in 1997.

To date, Lowndes has three Supercars drivers championships (1996, 1998, 1999), three Sandown 500s and six Bathurst 1000s. As of the Townsville 400 Supercar round in July, Lowndes had 654 race starts for 106 victories; making him the most successful Supercar driver ever. Lowndes surpassed Mark Skaife’s record of 90 race wins in 2013, then racked of a century of victories in 2015. His most recent win came at the Tyrepower Tasmania SuperSprint in April.

“I feel extremely lucky to have been able to keep doing what I love at a competitive level for such a long time,” Lowndes said at his retirement press conference on 6 July. “I have to thank my family and friends, the whole team at Triple Eight and KRE, Supercars, my personal and team sponsors and, of course, the fans for supporting me throughout.

Ultimately, the fans are the backbone of our great sport and the reason I’ve pulled my helmet on every race weekend. So, to them, thank you.” Lowndes’s final full-time drive will be at the Coates Hire Newcastle 500 on 25 November. 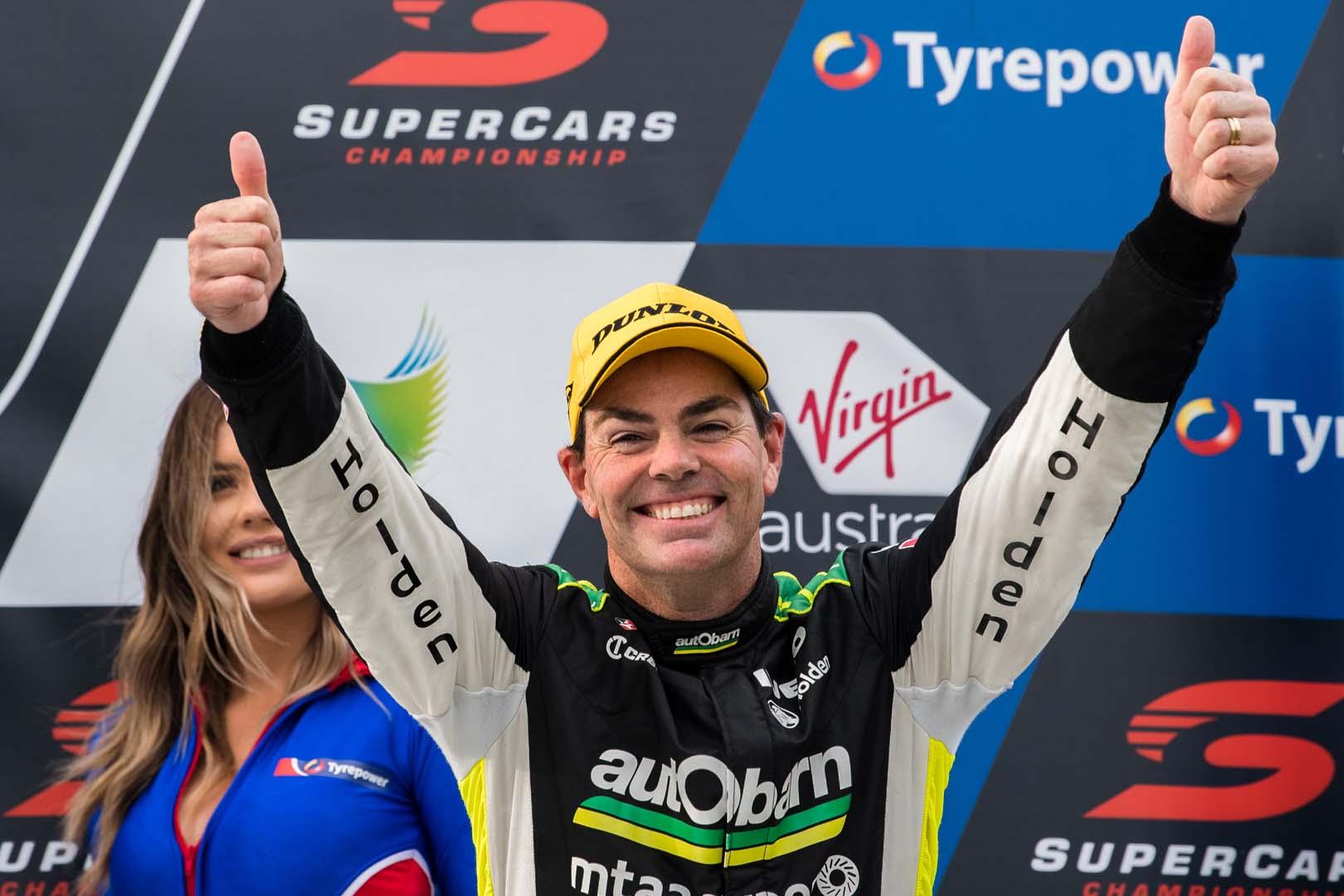