Bringing a bit of old time carnival fun to the Vic Mini Show was 'Mini Short RS' owned by NSW Mini Car Club member, Roger Bektash. Roger also works for MARS Confectionery, so when MARS were looking for a way to promote their new orange M&Ms, this is what Roger came up with! Mini Short RS's previous life was as a 'tug' for a boatbuilder in Donald, Victoria, who also did the "shortening" of what was originally a stock 1962 Morris 850. After seven years lugging boats around the yard, the car served as paddock bomb before it was retired in 2007. Roger only recently acquired the car, and completed the paint (to match the new orange & white M&Ms) and tidy up only days before the show. Roger's "spin the wheel" game on Mini/M&Ms/Short RS facts and trivia was a hit with the visitors.

Check out the headlights - not sure that's ADR compliant! The orange M&Ms were yummy, by the way! 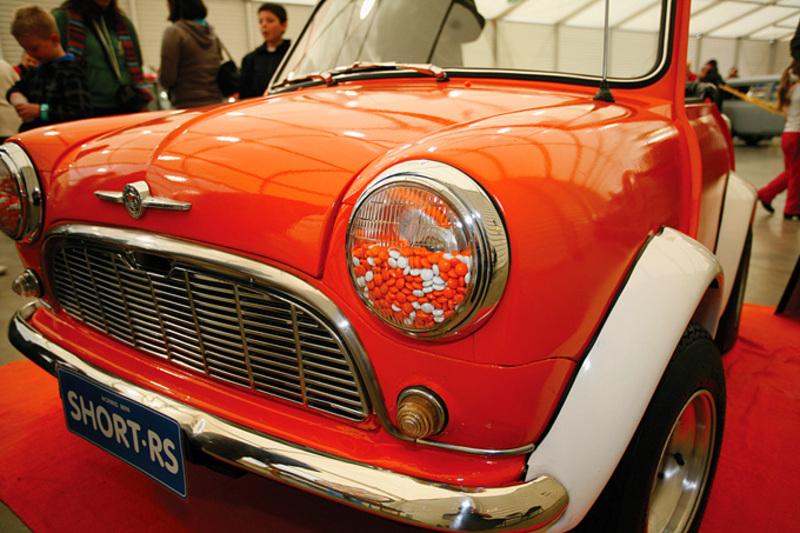 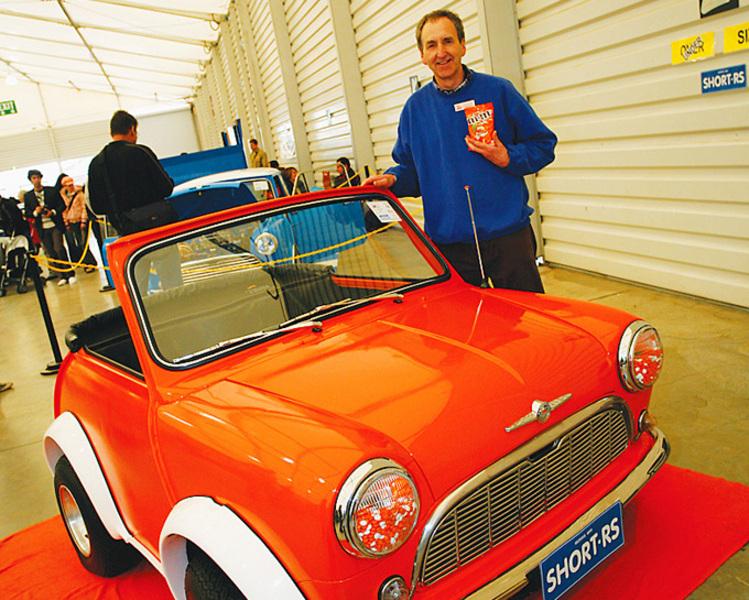