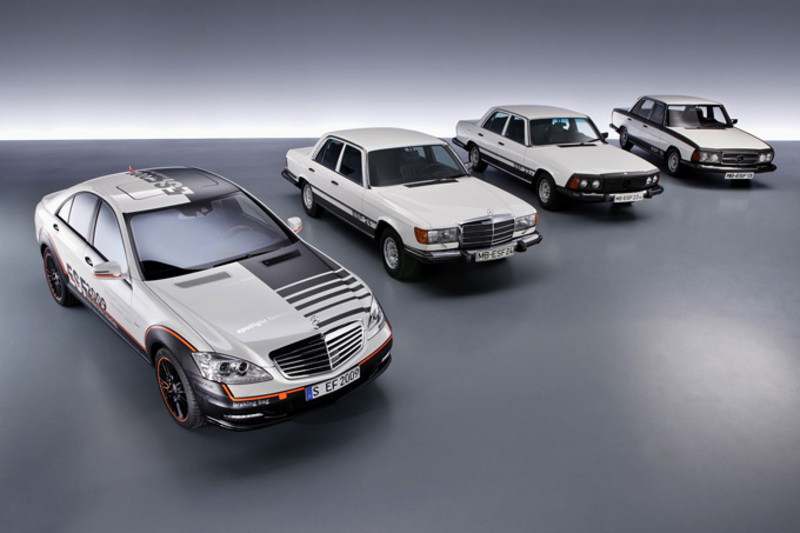 This year Mercedes-Benz celebrates several anniversaries in the field of safety. It is using the ESF 2009 research vehicle to reveal what its safety specialists are currently working on - with a time horizon that often extends well into the future.

The car was recently revealed at the Enhanced Safety of Vehicles Conference in Stuttgart. The ESF 2009 is the first Experimental Safety Vehicle to be built by Mercedes-Benz since 1974. It can arguably claim the title of the safest car ever built. Like its historic predecessors, it illustrates new innovations in the field of safety and makes the progress achieved clearly visible. These amazing but by no means crazy ideas include inflatable metallic sections which give more stability to structural components within fractions of a second, as well as the so-called "Braking Bag". This airbag, housed within the vehicles floor, is deployed when a crash is deemed to be unavoidable, and uses a friction coating to support the vehicle against the road surface.

"Safety is a central element of the Mercedes-Benz brand," says Dr. Dieter Zetsche, Chairman of Daimler AG and CEO of Mercedes-Benz Cars.

"In this respect we have been setting the pace in the market for almost 70 years for the benefit of our customers and for road users in general. The ESF 2009 shows that we still have plenty of ideas and the absolute will to lead the automobile industry in this field even in future."

The ESF 2009 was developed and built completely in the Mercedes-Benz test vehicle workshops in Sindelfingen. This safety research vehicle, based on the Mercedes S 400 Hybrid, features more than a dozen safety innovations, most of which are fully functioning in demonstration mode.

_ PRE-SAFE Structure:
The inflatable metal structures save weight or increase the stability of structural components. When at rest, the metal section is in a folded state to save space. If its protective effect is required, a gas generator builds up an internal pressure of 10 to 20 bar within fractions of a second, causing the section to unfold for significantly more stability.

_Braking Bag:
This auxiliary brake accommodated in the vehicle floor is a new type of brake assist system.
If the sensor system determines that an impact is unavoidable, the Braking Bag is deployed shortly before the crash and stabilises the car on the road surface by means of a friction coating. The vehicle's vertical acceleration increases the friction, and helps to decelerate the vehicle before the impact occurs.

_ Interactive Vehicle Communication:
The ESF 2009 is able to communicate directly with other vehicles, or via relay stations. Using radio technology, it is, for example, able to receive and transmit warnings of bad weather or obstacles in the road sent by police or road authorities.

_ PRE-SAFE Pulse:
This further development of PRE-SAFE is able to reduce the forces acting on occupants during a lateral collision by around one third. It does this by moving them towards the centre of the vehicle by up to 50 millimetres as a precautionary measure. As an active restraint system, it uses the air chambers in the side bolsters of the seat backrests.

_ Spotlight lighting function:
This partial LED main beam specifically illuminates potential hazards. If the infrared camera of Night View Assist PLUS detects, for example, an animal at the roadside or pedestrians on the road, these can be briefly illuminated beyond the normal area covered by the main beams, as if by a spotlight.
A headlamp is made up of 100 LEDs. These semi-conductor elements can be individually activated, so that when there is oncoming traffic, the precise beam area in which other road users are located can be darkened down. The system recognises these using an infrared camera.

_ Size adaptive airbags.
Future airbags will be able to adapt to the shape of the occupant, automatically adjusting their volume to the seating position and size of the front passenger.

_ Belt bag. A combination of a seatbelt and airbag which further reduces the risk of injury. The belt bag effectively doubles its width within a fraction of a second during an accident to spread the pressure over a wider area. It is particularly beneficial for older passengers. 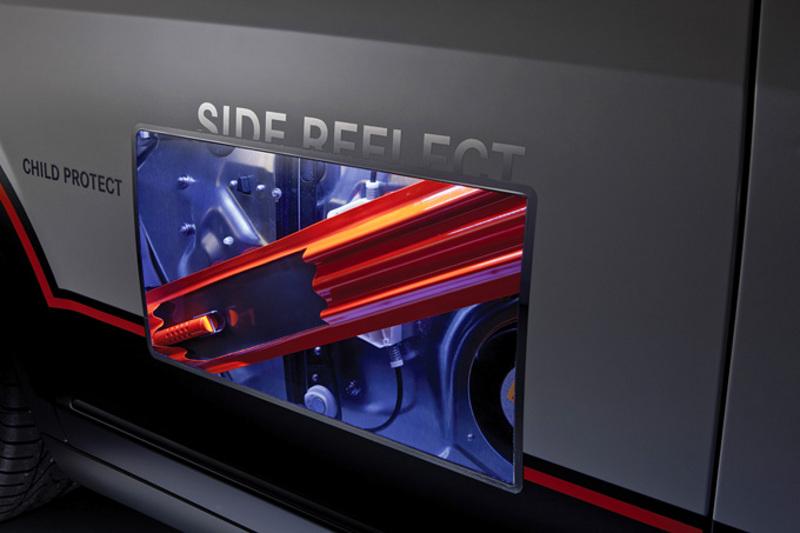 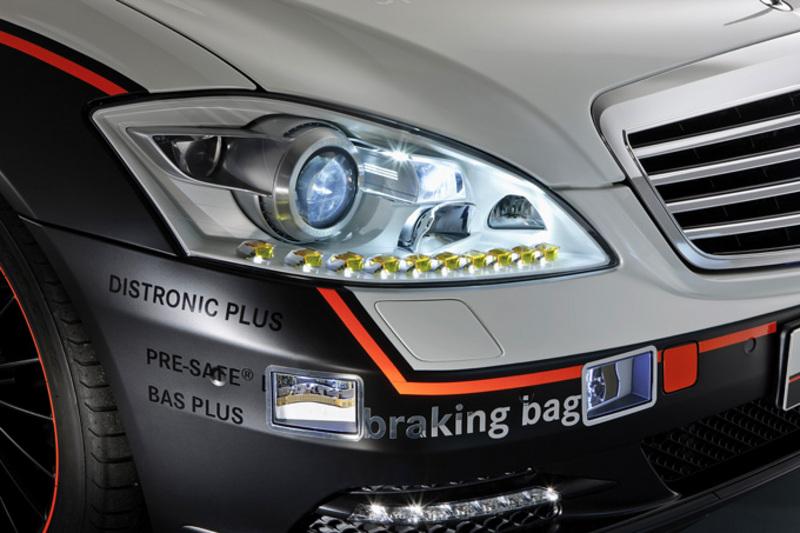 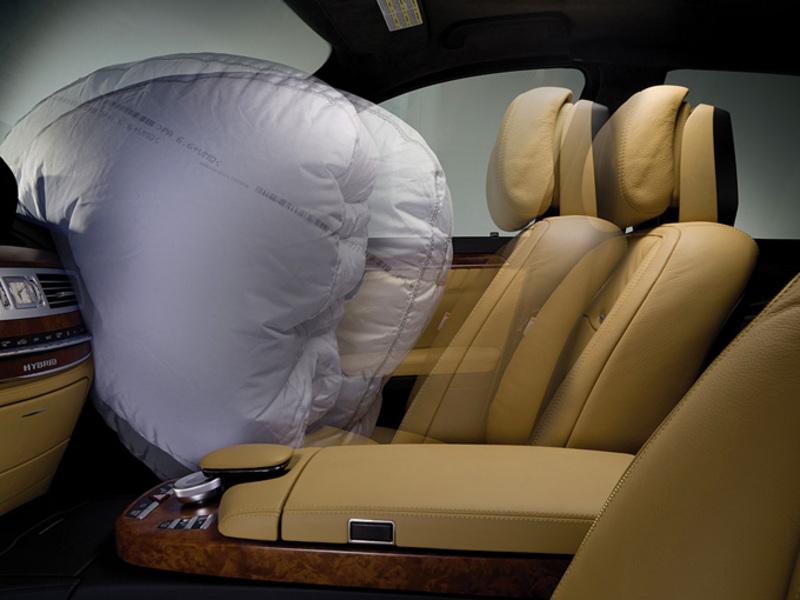 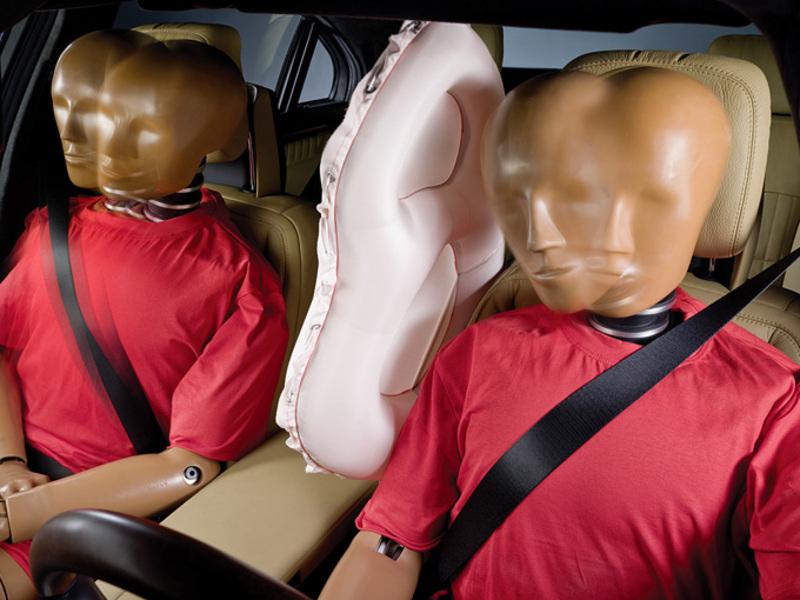