While there were a number of highly desirable, immaculately-restored machines on show, what caught the attention of media and enthusiasts alike was an early Mini ...
Unrestored cars have been attracting big dollars of late, as evidenced by the huge amounts paid for the 'Lake Maggiore' Bugatti and an early Oldsmobile at auctions overseas. The latest example of this trend came at Bonhams UK's 'Hendon RAF Museum Collectors Motor Cars Auction' on April 30.

While there were a number of highly desirable, immaculately-restored machines on show, what caught the attention of media and enthusiasts alike was an early Mini, which is believed to be the oldest unrestored example of its type still in existence.

Registered XLL-27, the 1959 Austin Mini Se7en De Luxe saloon is believed to be the eighth of its type to roll off Mini's Longbridge production line in May, 1959. Despatched to a dealership in Colchester, UK, on the eve of the Mini's launch in August, 1959, much of its early history is unknown, but it had spent the past 25 years in one owner's possession.

Indicated mileage of only 30,041 is believed to be correct, and aside from the replacement of the driver's door, no other major changes have been made to the car, either body or mechanical. The car included rarities - and indicators of early production - like the glass windscreen washer bottle.

The Farina Grey paint is rough, but original, as is the engine, transmission and most of the mechanical components. Likewise, the interior is all original except for the carpets. Rust is in evidence throughout the body, but given this car's early production lineage, it presents the interesting problem of whether to restore or leave as is.

More details on the big dollar Mini and other lots from this auction can be found at www.bonhams.com 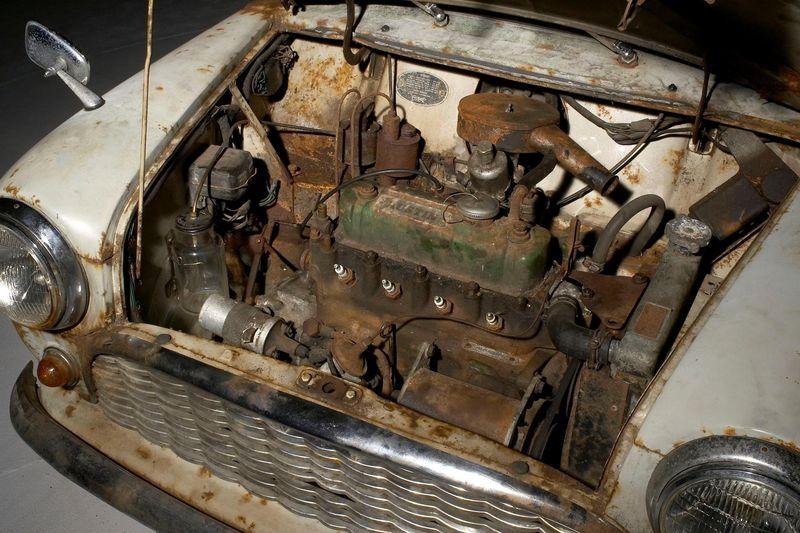 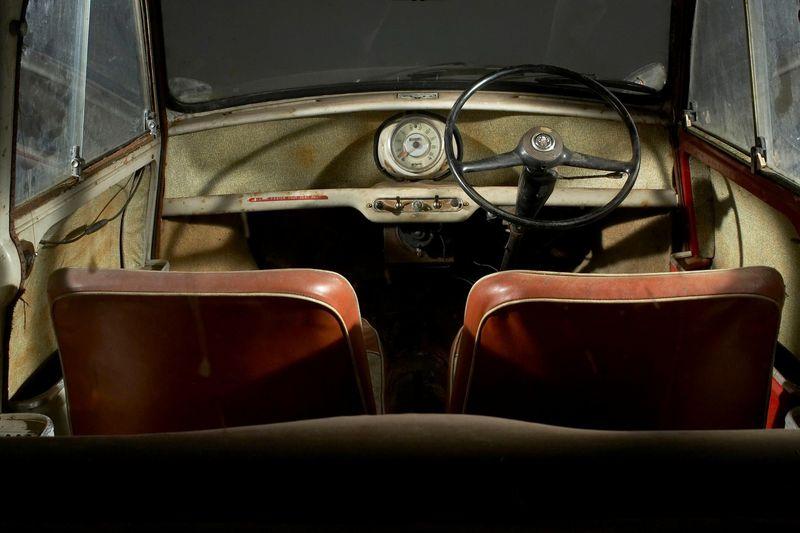 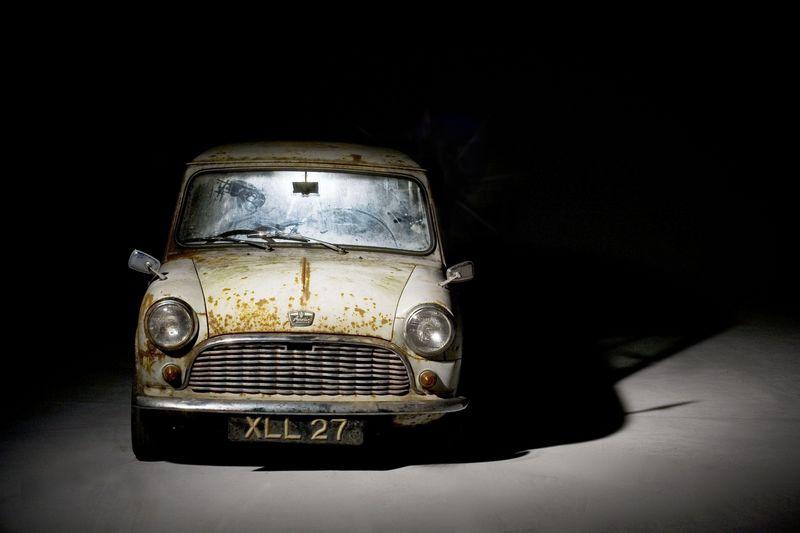