While some Morgan owners journeyed overseas for the UK celebrations (as featured last issue), a number elected to stay here and organise their own local celebration in the form of the 'Morgan Centenary Tour' that attracted 28 Morgans to participate. Back in 1909, when the first Morgan rolled out of the workshop, it would have been impossible for H.F.S. Morgan to imagine that 100 years later and many miles from England, a group of people would gather to celebrate that achievement.

But yes, a celebratory program was put together by the hard working executive of The Morgan Owners Club of Queensland, which succeeded in drawing together Morgan fanciers from throughout Australia to gather at Inverell for four days of friendship, fun and frivolity.

Morgans arrived on Friday, October 9th for registration at the Inverell Tourist Information centre, the pivotal meeting point for the weekend, to register, meet and share experiences of the tour. For those who perhaps had arrived early, a short run was the order of the day, after which there was freedom to explore the many attractions of the city. Welcome night was organized at the Inverell Riverside Restaurant attached to the Tourism Information Centre. It was on this occasion we had our first inkling of the other dimension to this week which was to make it so special - the hospitality afforded our group by the people of Inverell, particularly the Lord Mayor of Inverell, Barry Johnstone, who, along with a group of volunteers including councilors and their wives showed us true blue country hospitality.

Saturday, October 10th, kicked off with a scenic drive where the group discovered many local points of interest, including the Sapphire Tea Gardens and Olives of Beaulieu, where one could take time to sample the superb local produce and perhaps pack some away to take home. A look at Copeton Dam, which is desperate need of a top up, was followed by lunch at Bingara. Having left Bingara, there was a stop at the nearby Myall Memorial to reflect on some not so palatable aspects of Australia's history. The run concluded at the Thomas New England Winery, where a wee dram or two could be sampled and purchased for "happy hour" which took place in an ad hoc fashion back at Inverell outside the room of the first person to appear and raise their car bonnet.

The Inverell Transport Museum was the venue for dinner and what a venue it was. Over 3500 square metres of unique displays of not only vehicles of yesteryear, but also dolls, wedding dresses, sewing machines, Depression-era glass and other collectables. Make sure you visit when you're next in the area - it will not disappoint! The group was treated to a fine BBQ dinner and entertained with anecdotes and stories of the town by Councilor Larry Cameron and chairman of the Motor Museum, Reg Wilkins, after which bush poet, Jim Brown, kept the laughter flowing.

A rolling start to Sunday took us to the Wing Hing Long & Co Museum at Tingah, where we stepped back in time and learned more about this unique area. Morgans were on display at the Tourist Centre in the afternoon and several of the group obliged enthusiastically with rides for interested townsfolk who had come to admire the display. Those not engaged with the display took the opportunity to shop for sapphires and explore the mining history for which Inverell is famous.

With the theme of 'Black & White & Fast' all dressed up and returned to the Civic Center for the Dinner Dance that evening, a fitting conclusion to the celebration. The cake was cut and it was Happy 100 Years Morgan.

A badge was struck to commemorate the event (see logo on this page). Each participant received a numbered badge at registration and a slip of paper on which to nominate their favorite. Throughout the week end there was the opportunity to bribe the organizers to allow a swap to the number of your choice, usually to coincide with the production year of the car. Badges 1 and 100 were auctioned on the night and the charity drawn. $1260 was raised and donated to Prostrate Cancer Research. Commemorative Badges are still available. If you would like one please email: [email protected]

Homeward bound Monday morning, but not before a magnificent farewell breakfast at the Motor Museum cooked by the fabulous group of volunteers who had looked after us so magnificently. The weather which had been perfect for open car touring, turned a mite chilly and I am sure the townsfolk were hoping the heavens would open up. Our goodbyes said we headed home sad that the few days flew by so quickly. 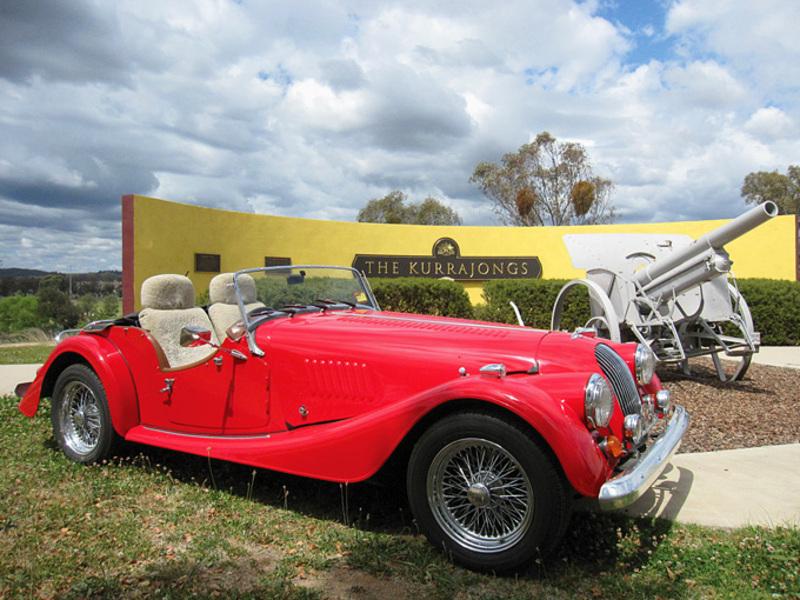 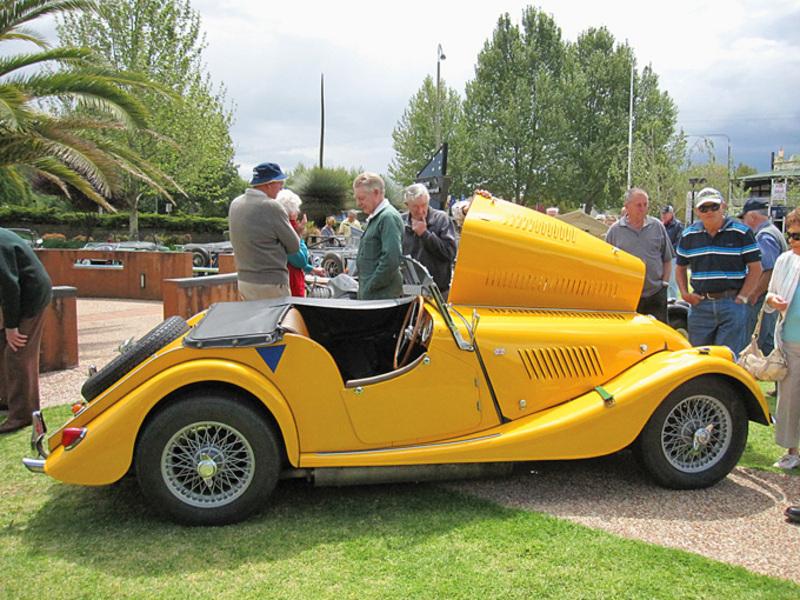 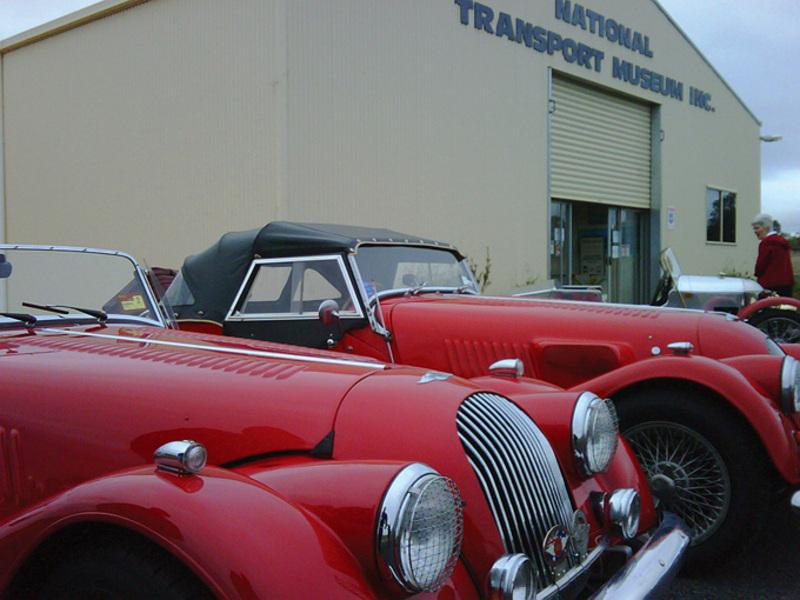 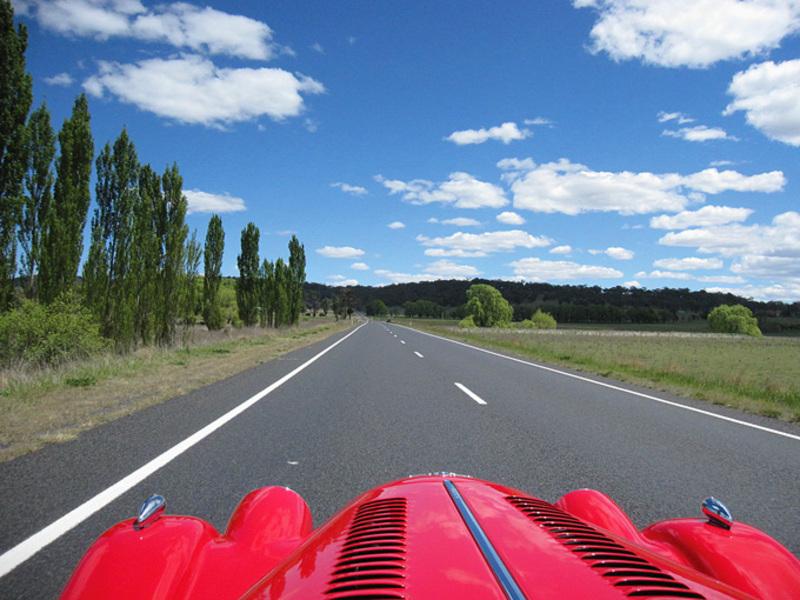 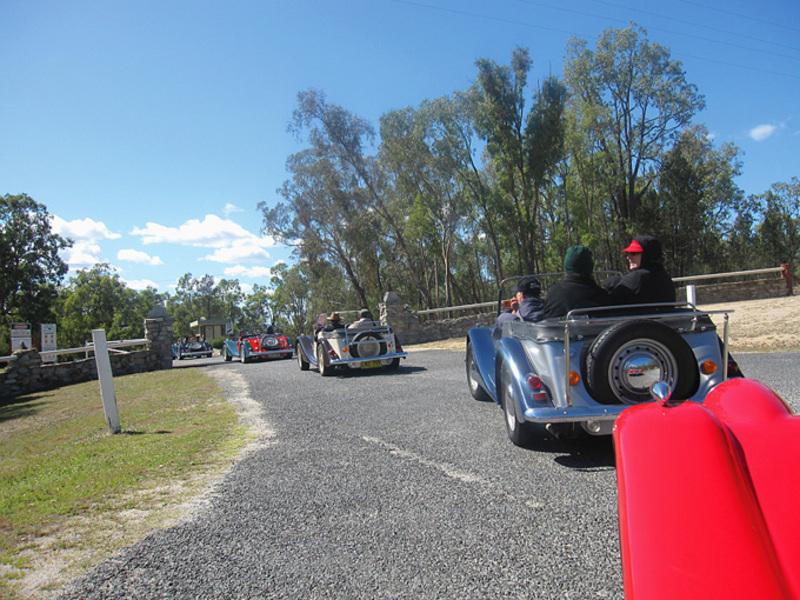 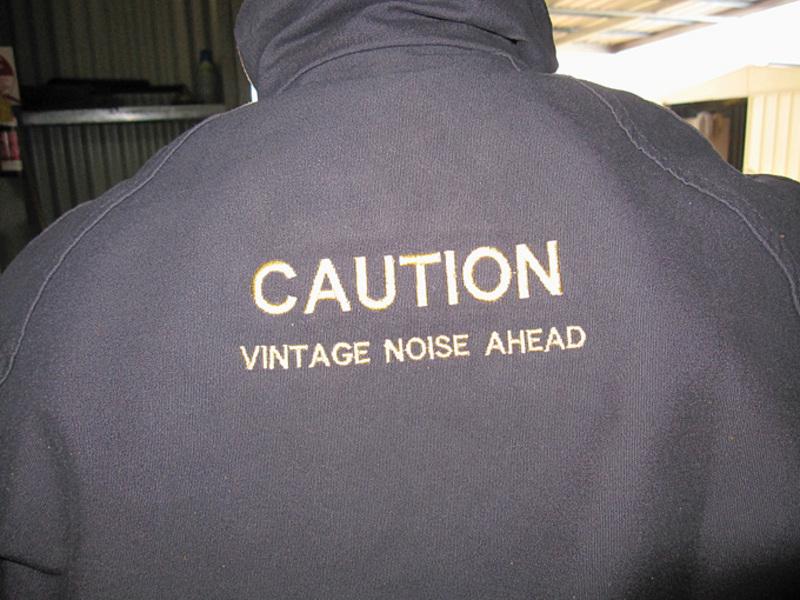 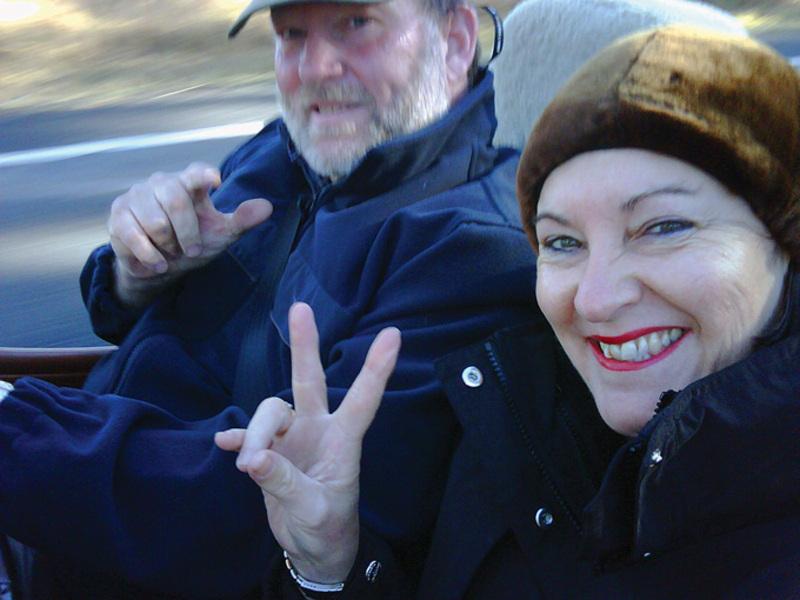 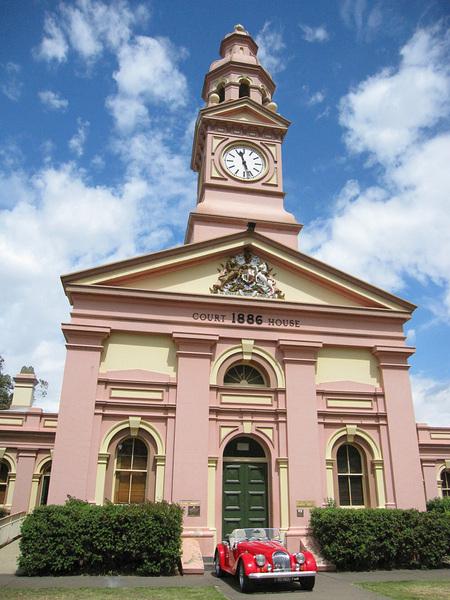 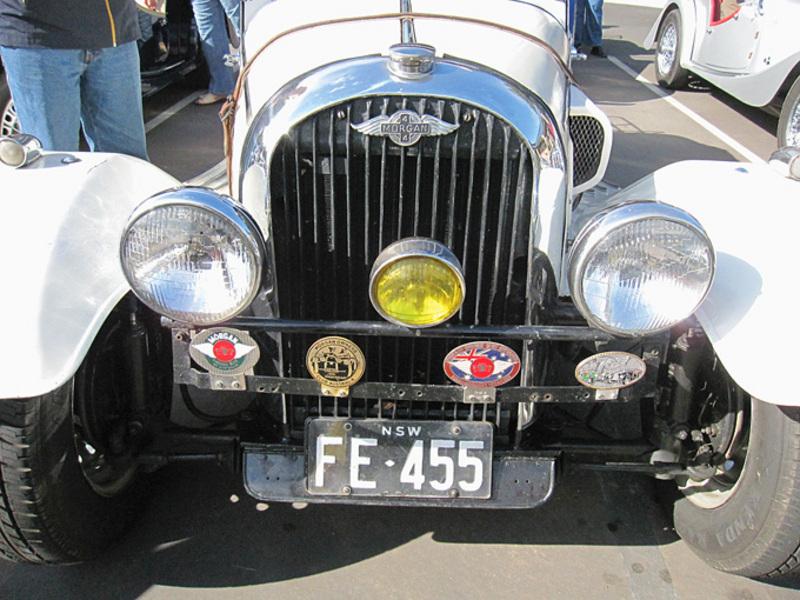 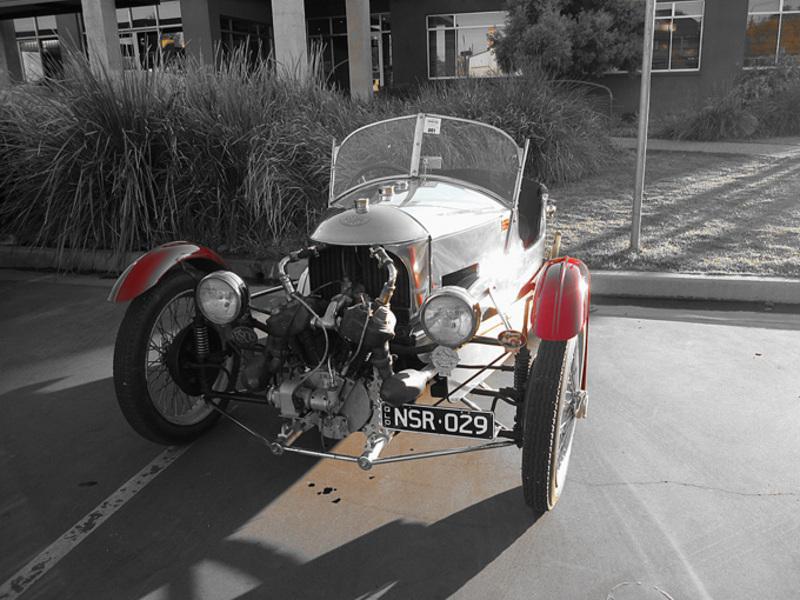 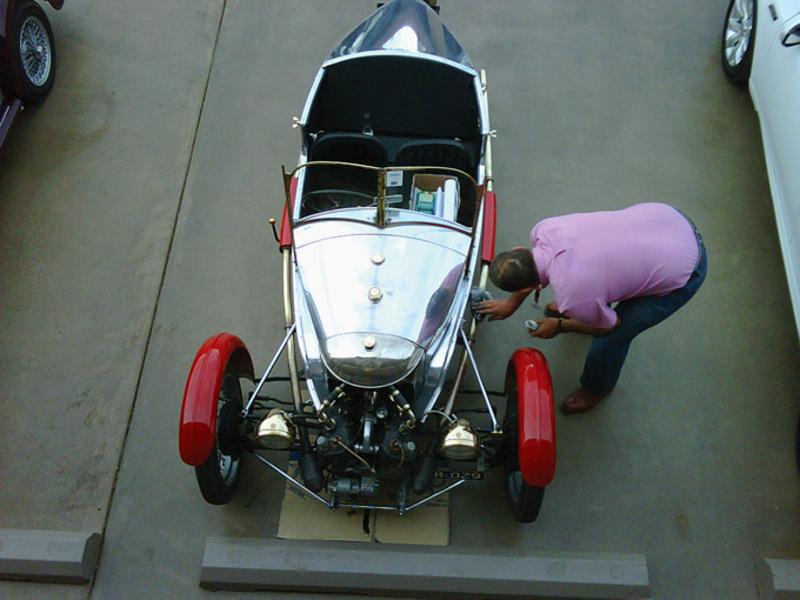 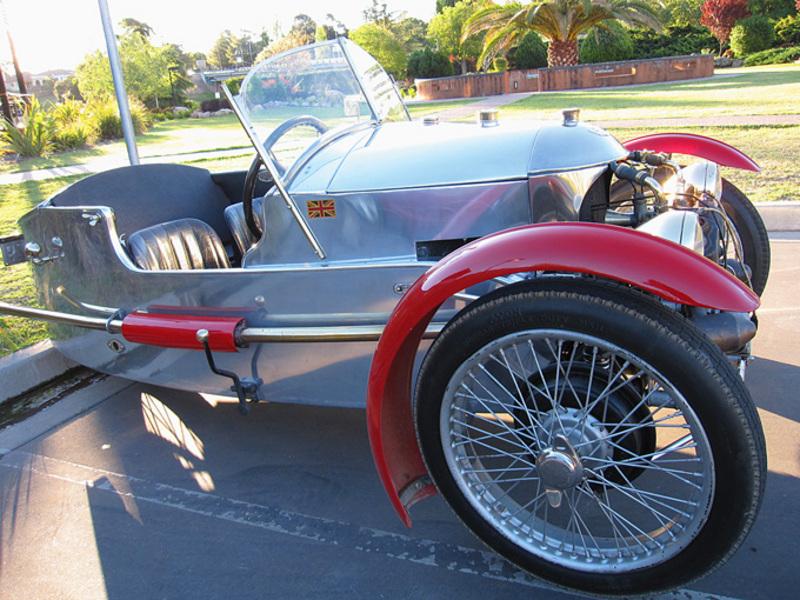 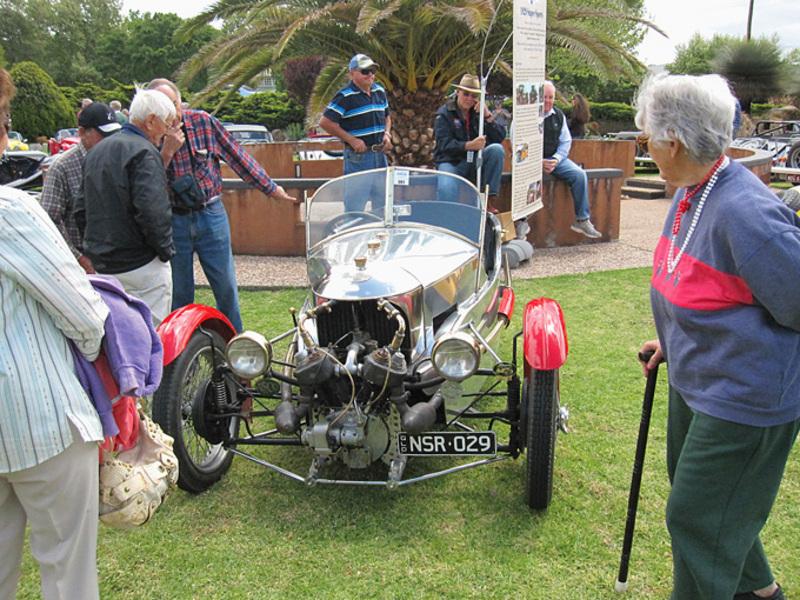 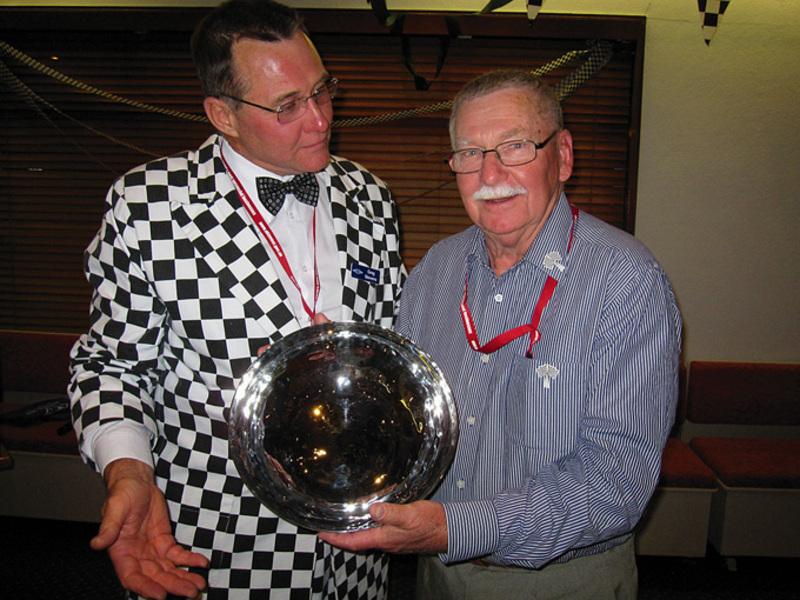 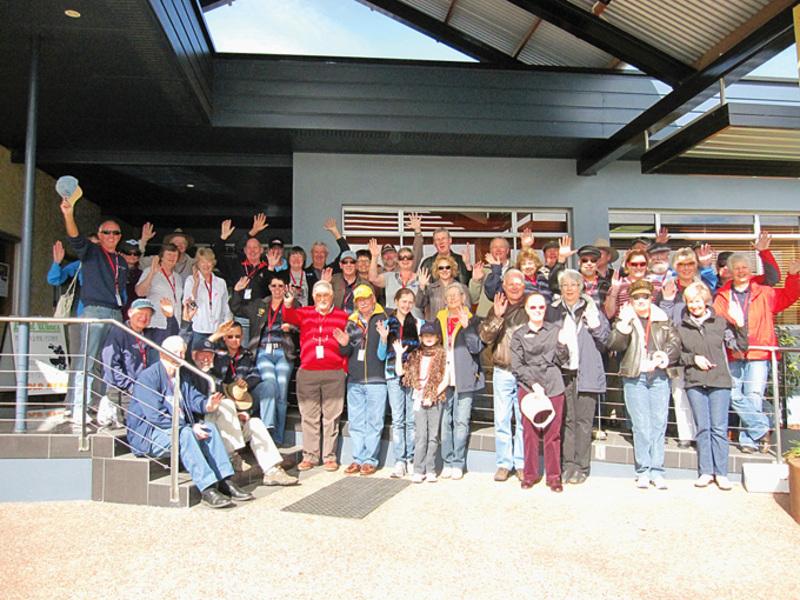 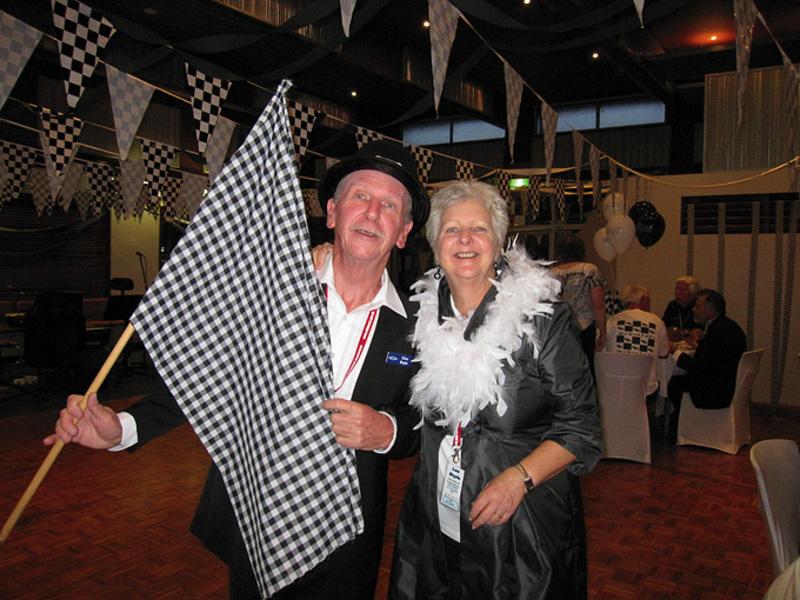 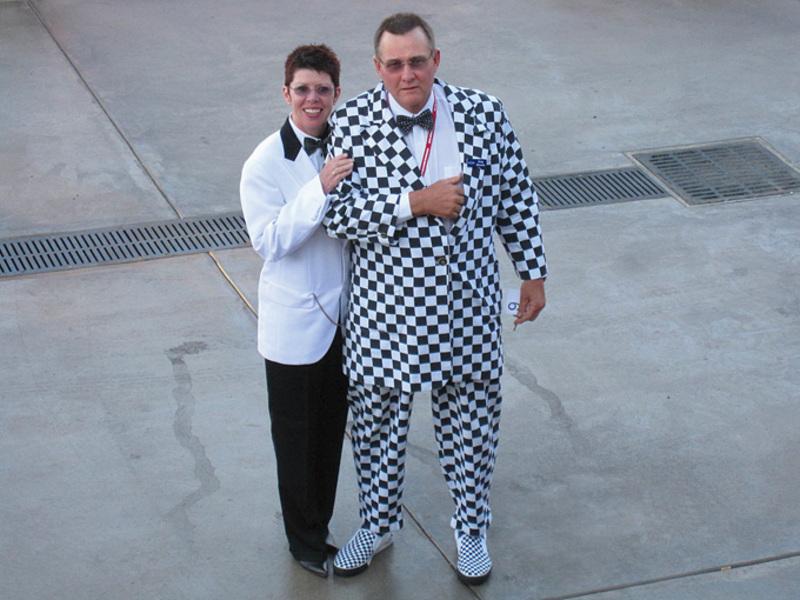 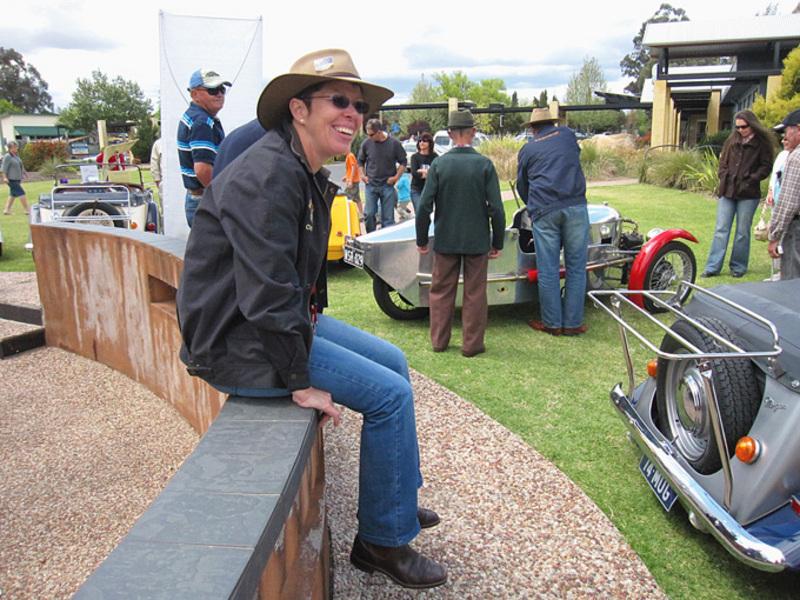 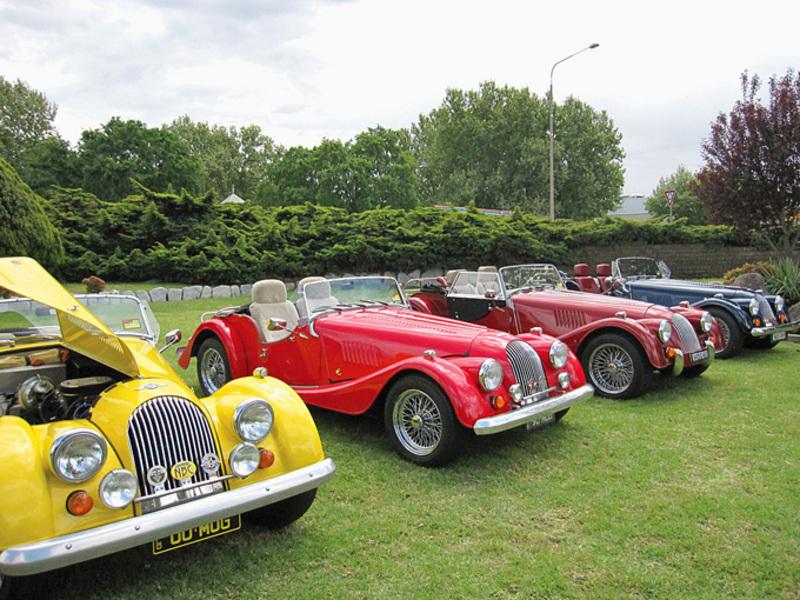 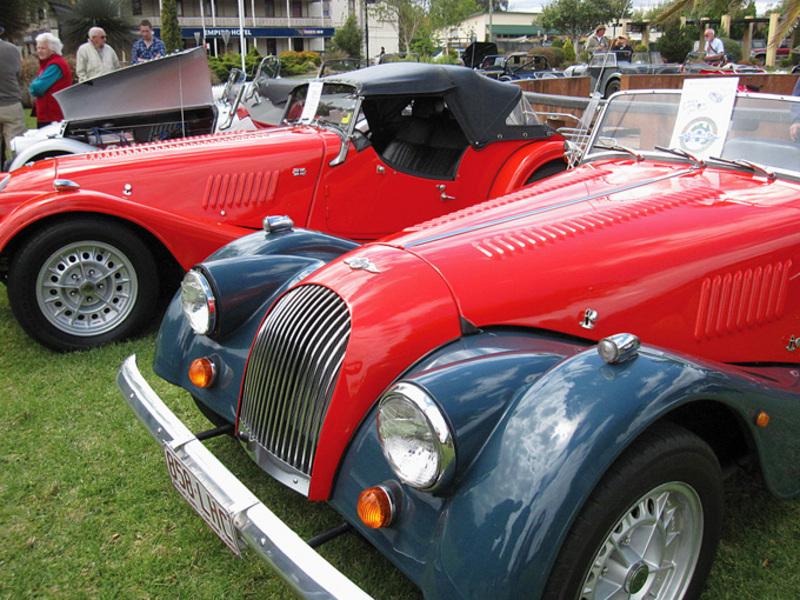 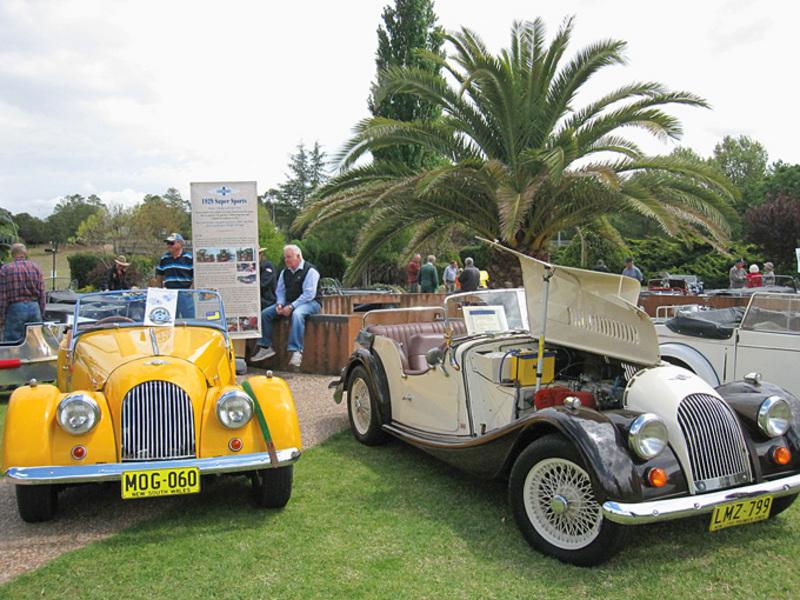 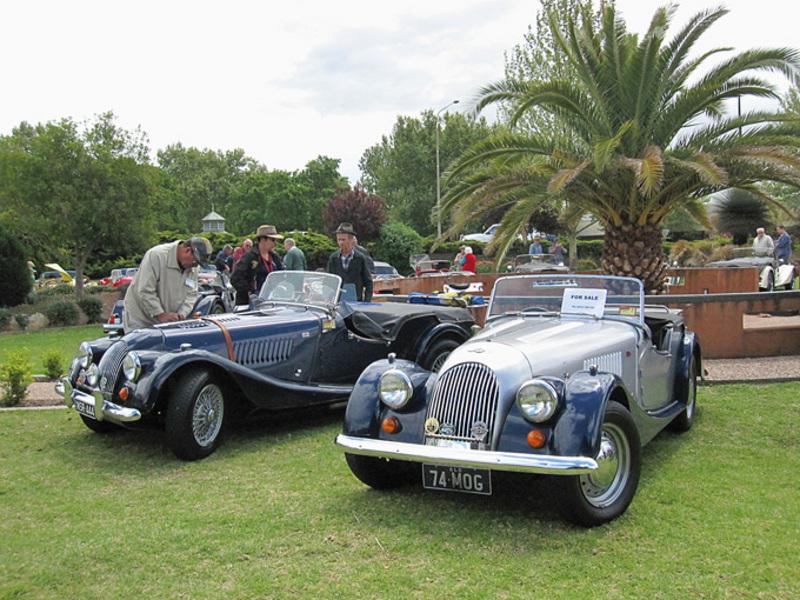 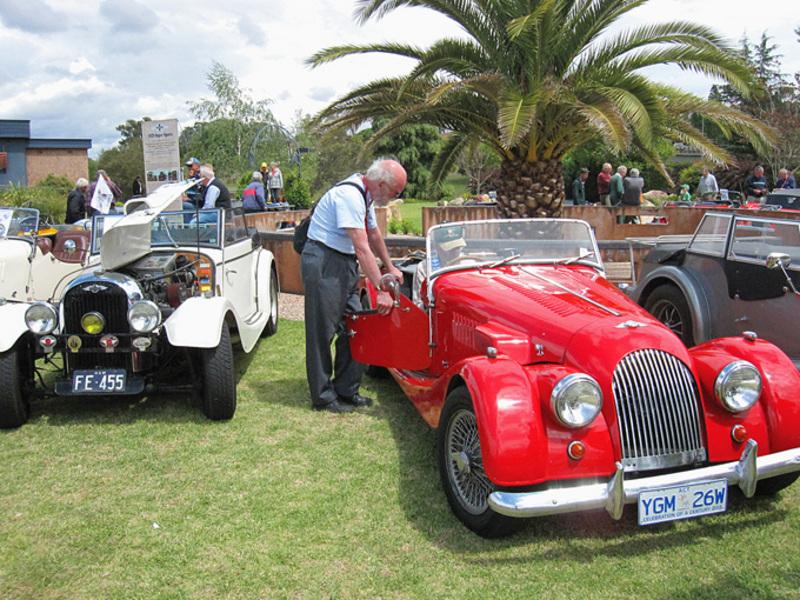 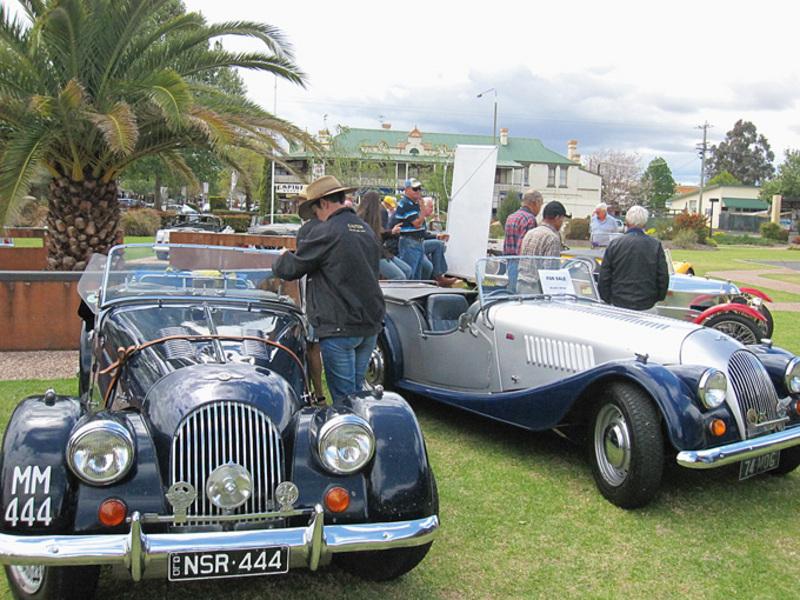 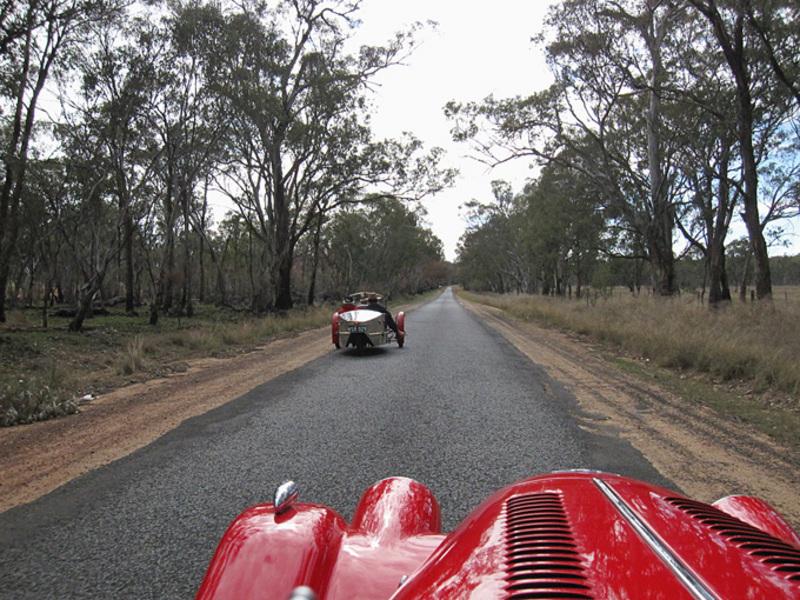 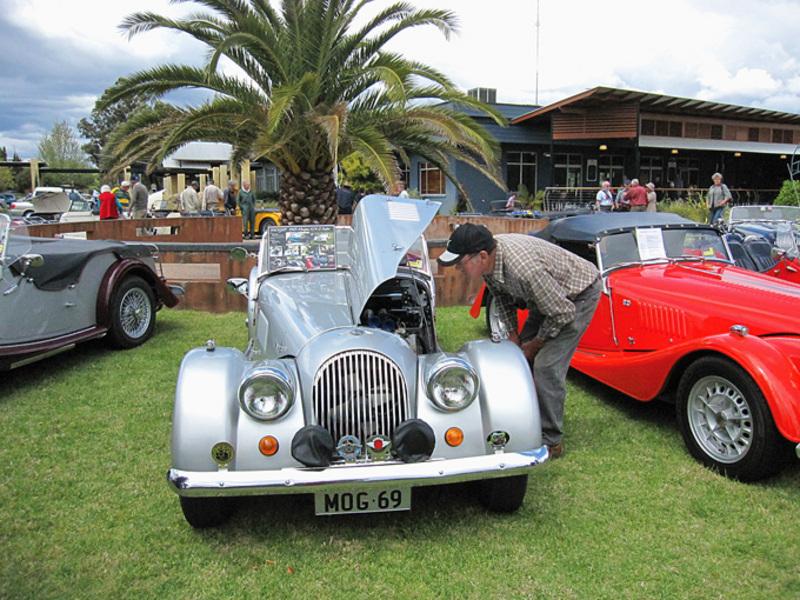 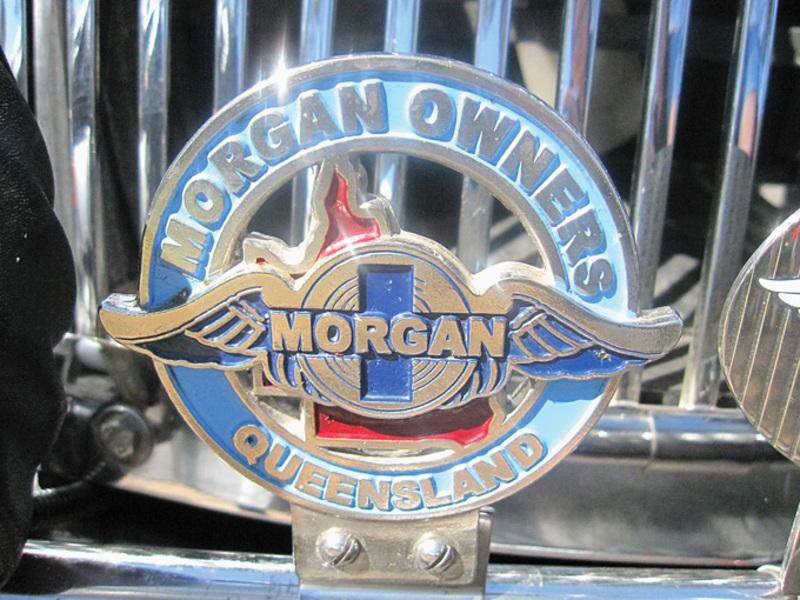 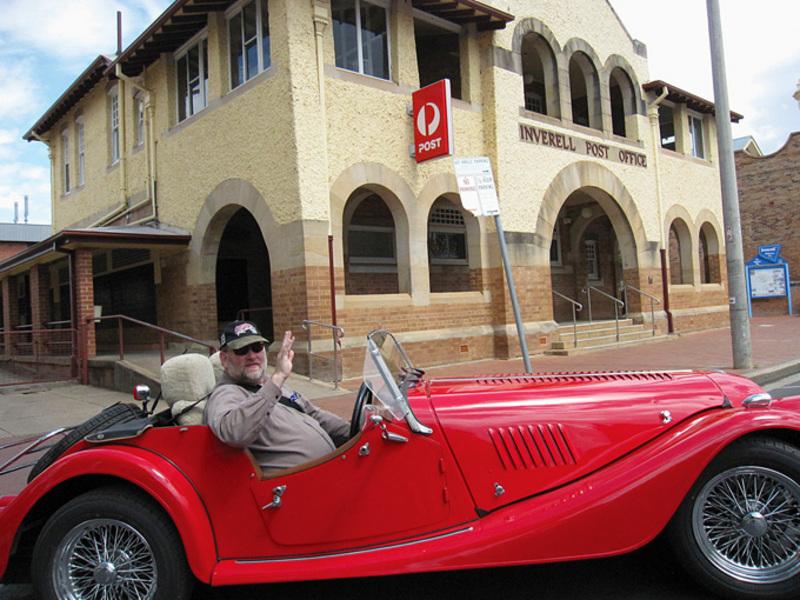 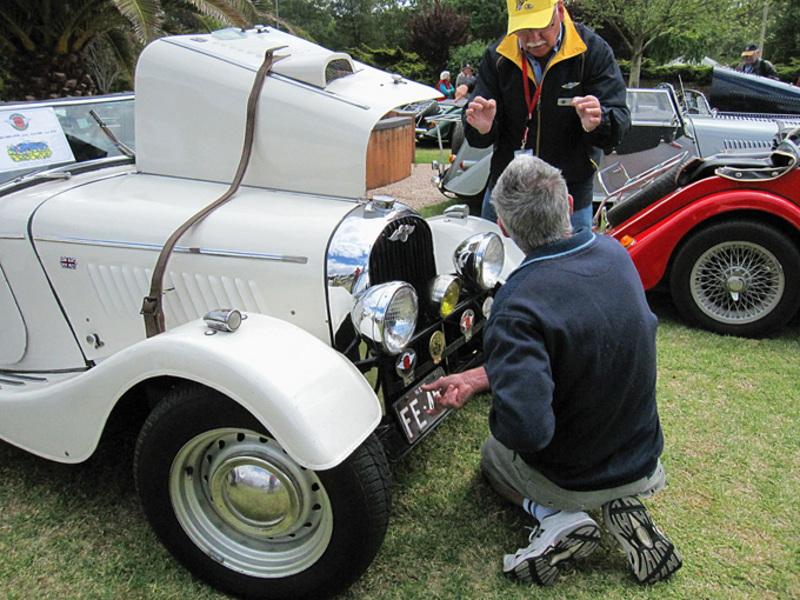