Seventy years after the first Morgan Plus 4 was released, Morgan Motor Company have released an all-new version…the Plus Four.

While it may look identical to the old Plus 4, the new Plus Four is different in almost every way. For starters, there’s the new naming standard – that uses “Four” instead of “4” – a new engine, new chassis, fully-independent suspension and improved interior space. Morgan are describing the Plus Four as all-new, claiming it shares only 3 per cent of its components with the discontinued Plus 4.

New standard features, previously optional or unavailable on a Plus 4, include LED lighting, power steering, ABS and remote central locking.

“The all-new Morgan Plus Four represents the very best of the Morgan Motor Company,” said Morgan Chairman and CEO, Steve Morris at its official unveiling at Morgan’s Malvern headquarters on 3 March.

“It features rare craftsmanship, the instantly recognisable Morgan silhouette, and now, industry-leading technology thanks to our CX-generation aluminium platform and BMW powertrains.

“A fitting successor to one of the world’s longest established nameplates, this new model displays some of the most celebrated key features of our classic range and strikes the perfect balance between tradition and modernity.” 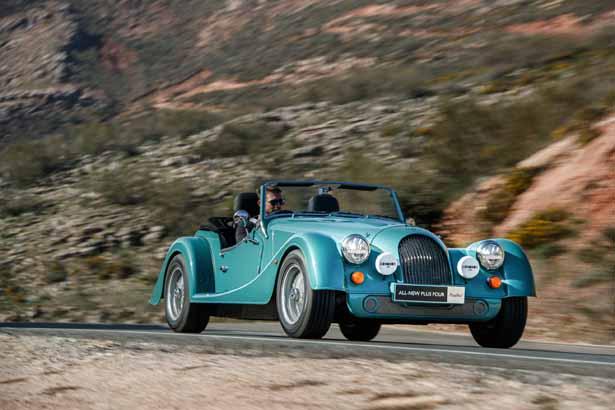 Replacing the Plus 4’s previous steel ladder frame chassis is the new ‘CX-Generation’ bonded aluminium chassis that was released last year during Morgan’s 110th Anniversary celebrations (‘CX’ is 110 in roman numerals). The Plus Four follows the Plus Six as the second model to receive this new platform, which will be applied to other Morgans in the future.

Stiffer, stronger and lighter than the old steel chassis, the CX platform delivers improved handling, with Morgan claiming the agility and responsiveness of the new chassis is on a par with modern sportscars.

The Plus Four’s CX platform is narrower than the Plus Six’s, continuing the Morgan tradition of four-cylinder models having a narrower body than models with larger engines.

While the new Plus Four’s external dimensions are mostly smaller than the old Plus 4 (3830mmL x 1650mmW x 1250mmH vs 4010mmL x 1720mmW x 1220mmH), the CX platform has allowed for more efficient packaging, so there’s actually more interior room and more luggage space. Entry/exit is easier, too, thanks to larger door apertures.

Redesigned suspension and braking components include double wishbone independent suspension at both ends, which required the development of a new type of 15-inch wheel that will be available in alloy or wire spoke form.

For all its new componentry, the Plus Four still uses traditional elements, like the handcrafted ash timber body framing and the aluminium body panels, which, with the exception of the guards, are still formed by hand.

Coincidentally, the new Plus Four was four years in the making. 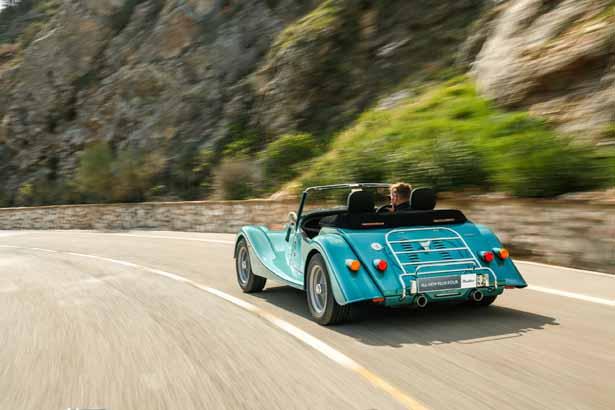 The BMW TwinPower Turbo is not a twin turbo, as the name suggests, but a single twin-scroll single turbocharger that has been applied, primarily, to BMW’s X Series SUVs to this point.

Turbocharging obviously delivers more power, and in this instance, maximum power is 190kW at 4400rpm. That compares to 106kW from the naturally-aspirated Ford - an increase in power of more than 55 per cent. Morgan adds that the engine mapping has been adjusted to allow “optimum driveability and response”.

Available with either a BMW-sourced six-speed manual or eight-speed automatic driving the rear wheels, listed 0-100km/h acceleration times from this combination are 4.8 seconds with the auto and 5.2 seconds with the manual, while a top-speed of 240km/h is common for both transmissions.

Finally, the more modern engine is comparable to the old Ford four in terms of fuel economy, with a claimed (WLTP cycle) 7.0lt/100km for the auto and 7.3lt/100km for the manual, but produces 30 per cent fewer emissions. 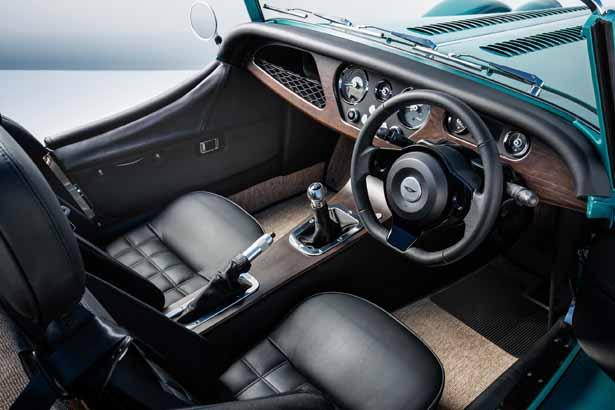 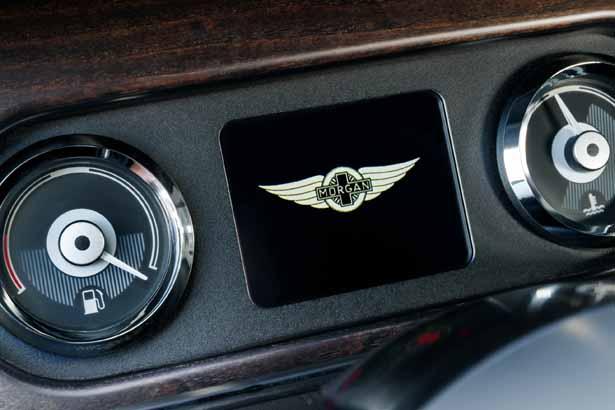 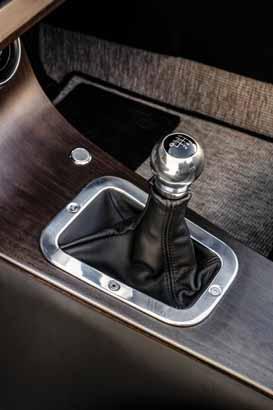 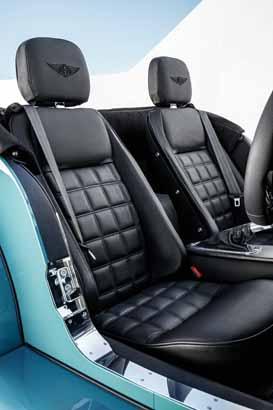 The new Plus Four was due to make its debut at the Geneva Motor Show in March. When that event was cancelled four days out from its opening due to the coronavirus, most manufacturers hosted virtual reveals of their new models. Morgan, however, chose a different path.

With the new Plus Four already in Switzerland, Morgan dispatched their Head of Design, Jon Wells, and Lead Digital Designer, Michael Smith, to pick up the car and drive it home.

Arriving in Switzerland with a set of number plates and not much else, the pair spent the next two days driving the Plus Four back at the Malvern factory in time for an official presentation on 3 March.

Importantly for Morgan, the new chassis, new engine and new everything else in the Plus Fourperformed without a hitch on the 1,600+km journey. 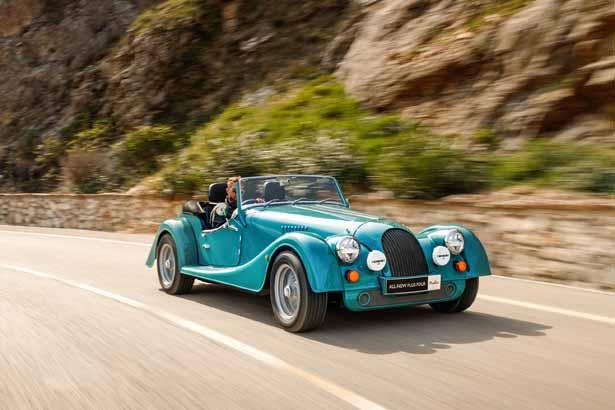 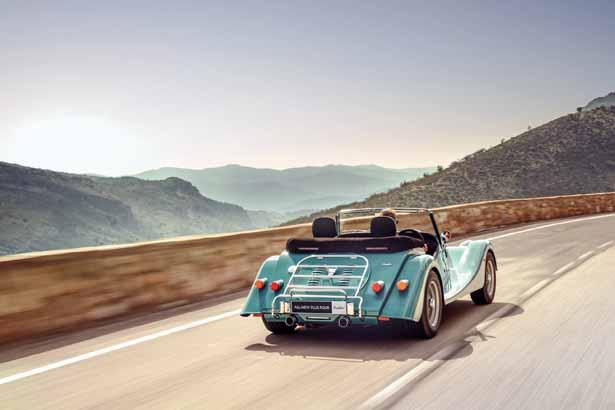 While the new Plus Four is now available to order in the UK, Australian availability is still some time away. This is due to the ADR compliance process, which probably won’t be completed until later this year at the earliest, making a 2021 release likely if approved.

The same applies to the Plus Six, which was initially limited to UK and EU markets, but may now be offered here, as Morgan have been looking at international compliance regulations to determine feasibility.

As such, orders for the Plus Four and Plus Six cannot be taken until ADR approval is achieved.

In the meantime, Morgan Cars Australia still have a handful of ‘Morgan Classic’ (ie. ladder frame chassis) models available, including a single example of the limited-edition Plus 4 70th Anniversary.

With the switch to the Plus Four and Plus Six on the new platform, the ‘Classic’ Plus 4, 4/4 and Roadster are being discontinued, leaving the 3 Wheeler as the only new Morgan currently available for Australian customers to order.

For updates and more details, go to http://www.morgancars.com.au/ 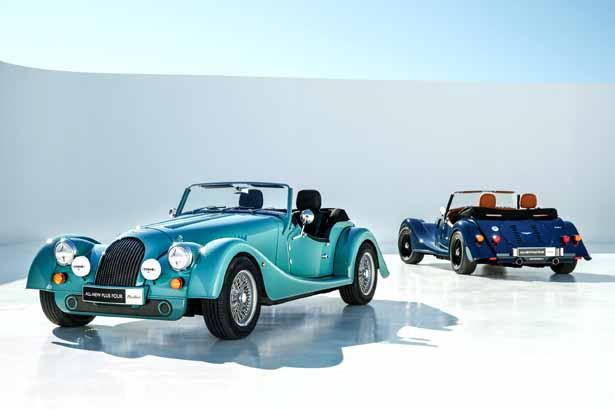 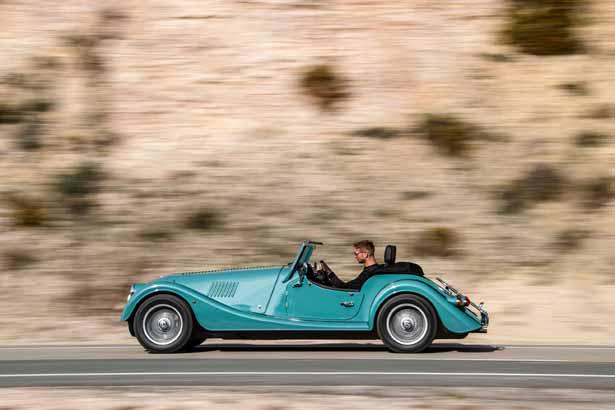